The Zany Art of Diving

The success of the humour magazine Mad inevitably led to other publishers attempting to cash-in. Some went on to have quite lengthy runs but Zany was not one of them, lasting just four issues in 1958/59.

The first issue included a three-page look at skin diving for which The Grand Comics Database names Carl Burgos (1916 - 1984) as the probable artist. 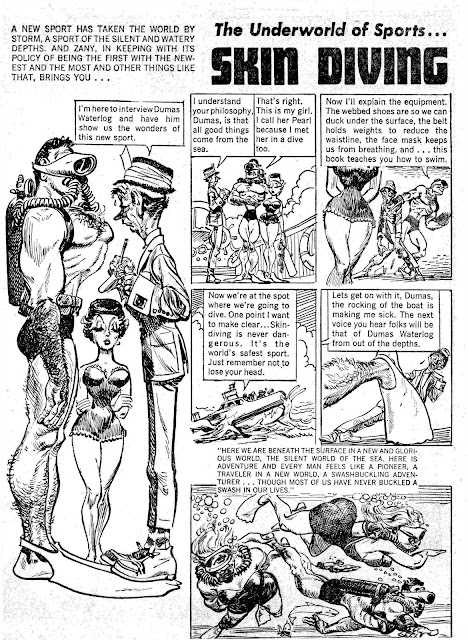 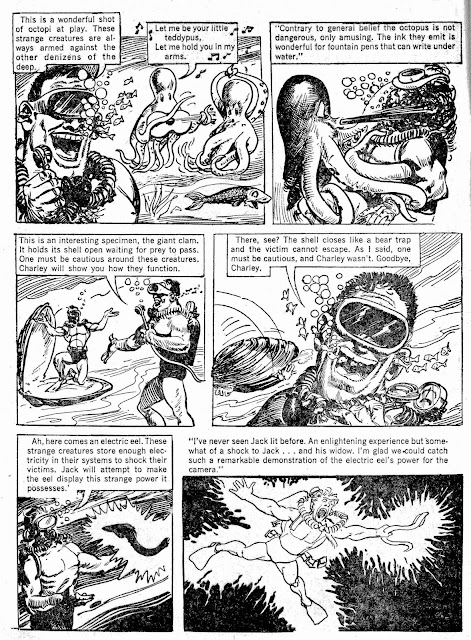 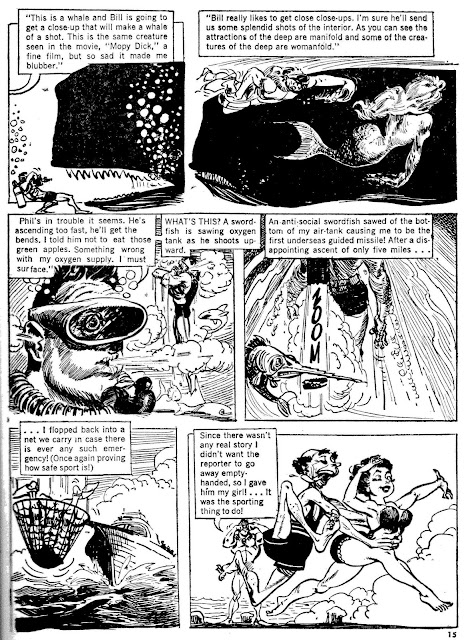 Burgos drew the Human Torch in Timely's Marvel Comics #1 in 1939. After completing his military service he moved into advertising although he still worked on a freelance basis for Timely's successor Atlas (which ultimately became Marvel). He drew a handful of stories for Stan Lee at Marvel including one featuring the second Human Torch, Johnny Storm from the Fantastic Four. In the early 70s he edited a range of horror magazines for Myron Fass' Eerie Publications.

Archie Comics' entry into the more offbeat humour market was Archie's Madhouse (sometimes formatted as Mad House), the original home of  Sabrina the Teen-age Witch. In issue 35 they took a look at the hazards of skin diving. 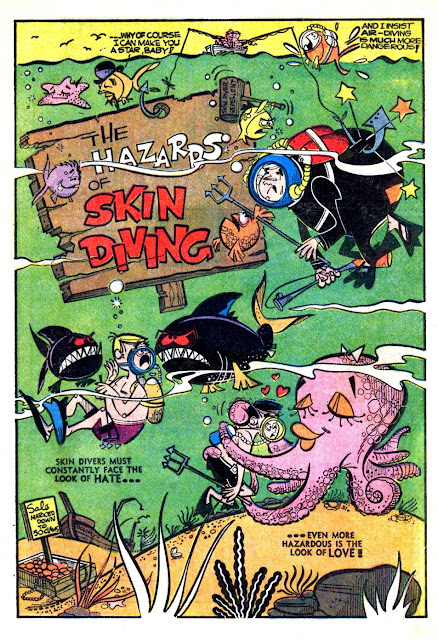 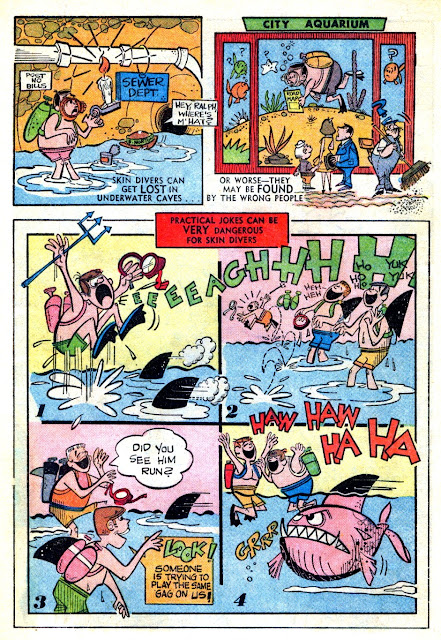 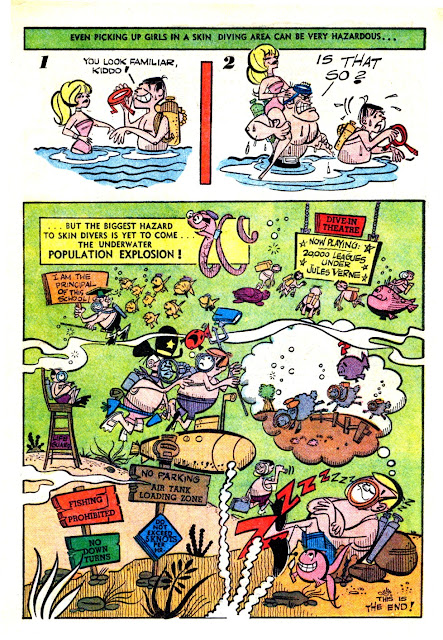 The artist was Bill Kresse (1933 - 2014) who, in addition to Archie Comics, worked for various humour magazines including Cracked and Sick. After studying at New York's High School of Art and Design he started working for the Terrytoons animation studio. He later spent some time designing conveyor belt systems before joining the art department of Associated Press.

In 1968 he teamed up with Rolf Ahlsen to create a Sunday strip about a building superintendent. "Super" Duper appeared in New York's Daily news for over five years. They also created a short-lived strip about a dog called Scratch for which they used the joint pseudonym Krahlsen. In 1972 he became a regular guest on The Everything Show, a Saturday evening programme for kids hosted by a young Irene "Fame" Cara. He continued to work into his later years and contributed a series of badges for the 1996 Atlanta Olympics.

As a final treat today, here's the cover to issue 28. 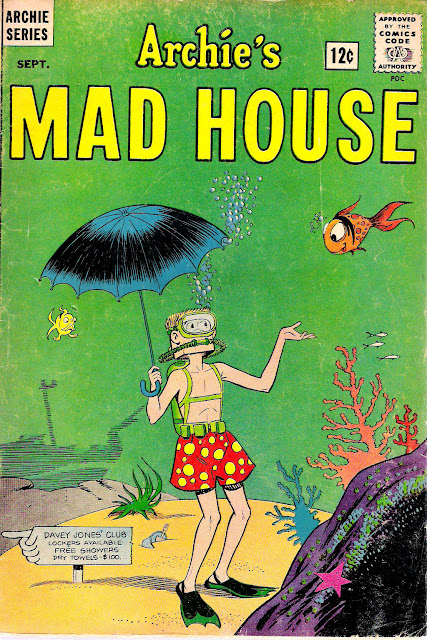 I've seen both Bob White and Samm Schwartz suggested as possibilities for this cover which features the square-headed Ches of Madhouse regulars Les 'n' Ches. Why does he have a square head I hear you ask? Well there you take me into deeper waters I'm afraid (no pun intended!)