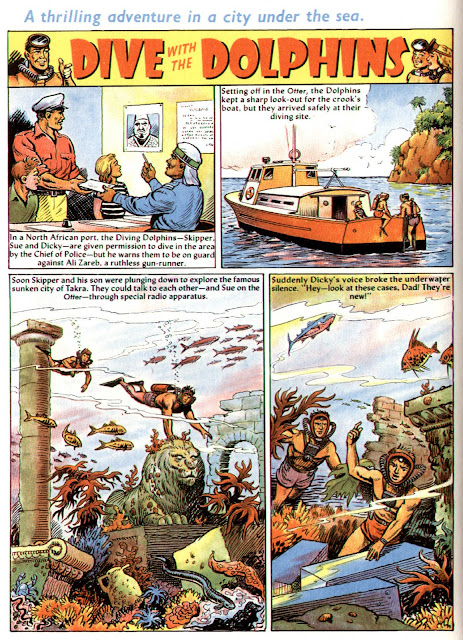 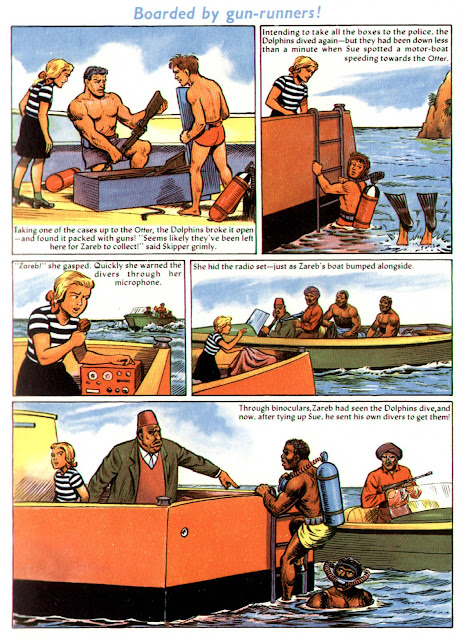 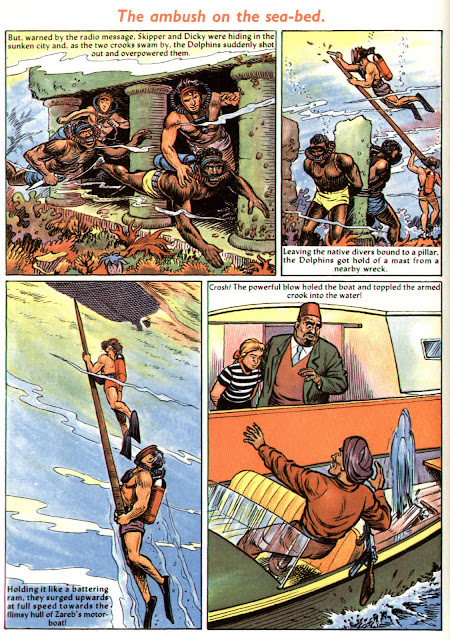 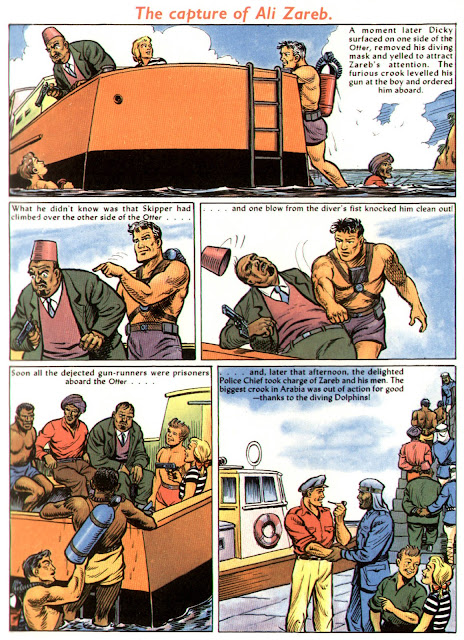 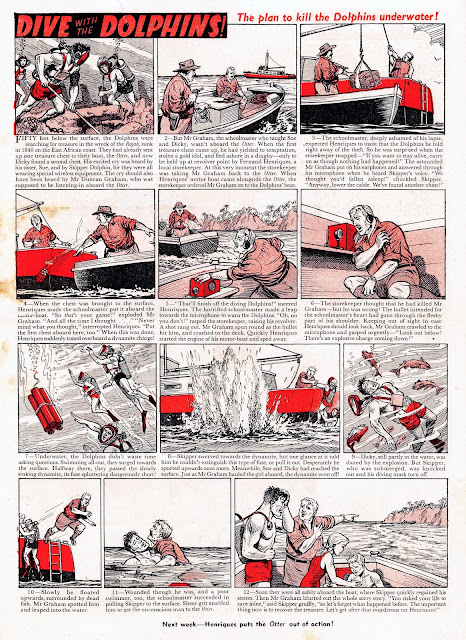 In the final part of our look at spearguns we get right into the action!

Nick Carter was "Killmaster", Mack Bolan was "The Executioner" and Remo Williams was "The Destroyer". Poor old Mark Hardin must have turned up late to the meeting and got lumbered with "The Penetrator"! Still, he featured in at least 49 books so he must have been doing something right. This edition is from 1976 (Click for larger image). 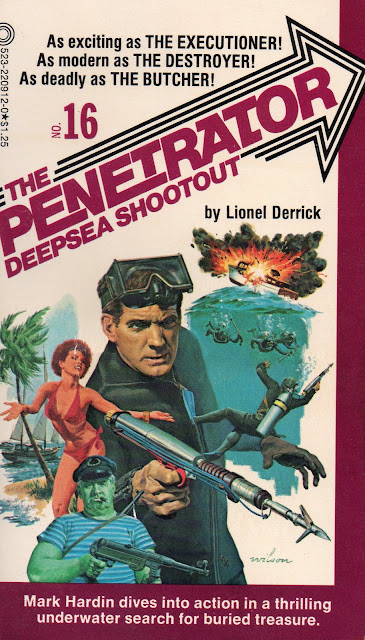 George Wilson painted many of the early covers and you can see his original below. Can you spot the difference? 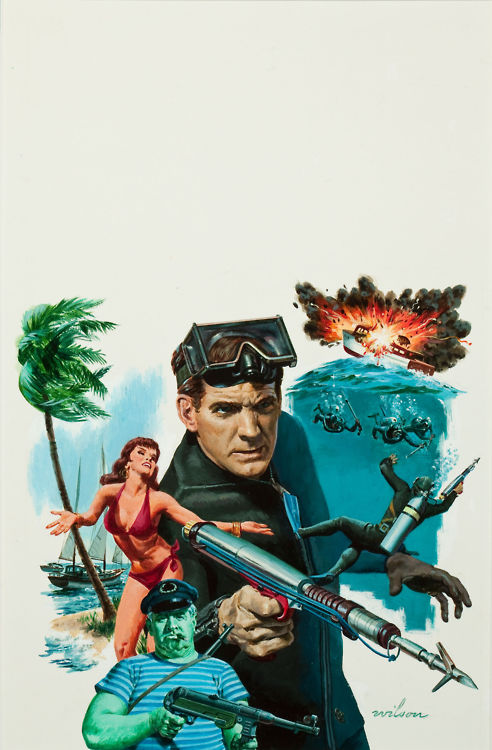 If you're interested in series like The Penetrator then I recommend you take a look at the Glorious Trash blog.

No look at spearguns would be complete without something from 007 so here's a simple but striking audiobook cover of Thunderball by Paul Baack. 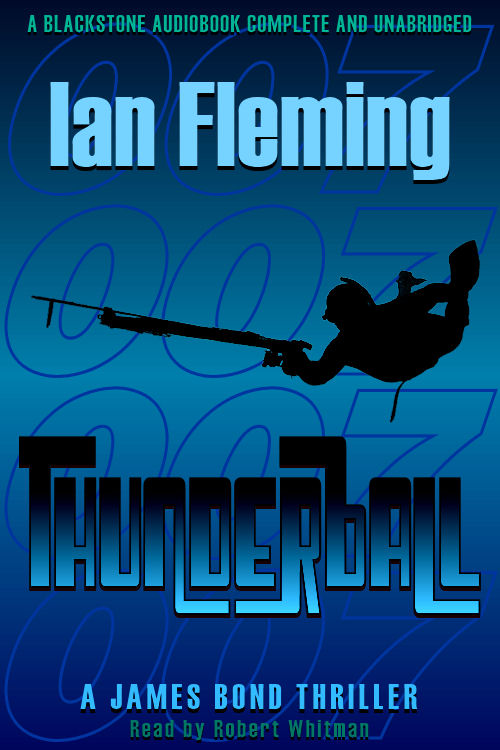 I think the fella on this 1976 Italian magazine cover is going to need a bigger speargun! (Click for larger image). 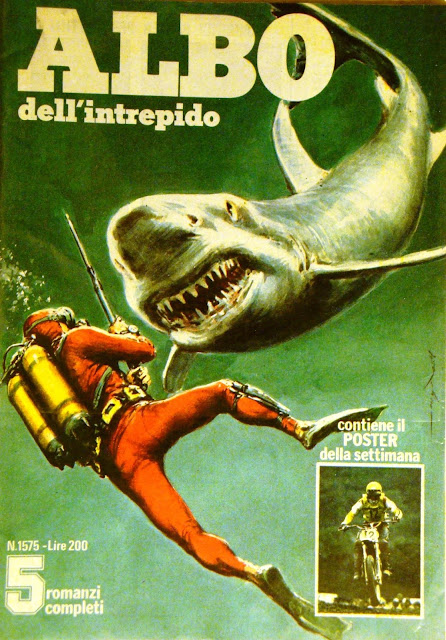 Deathstroke was originally created as a villain in DC's Teen Titans series but was popular enough to get his own series. This 1993 cover is by Steve Erwin and Will Blyberg. 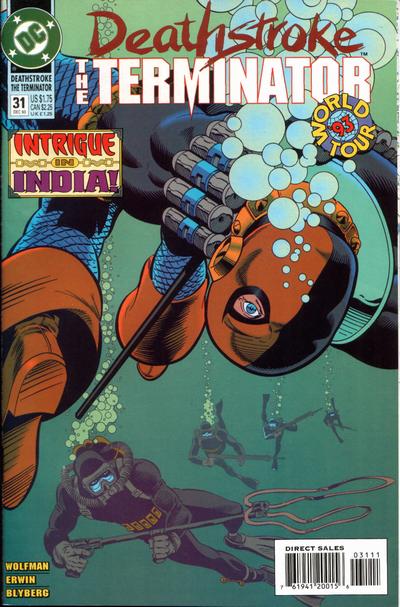 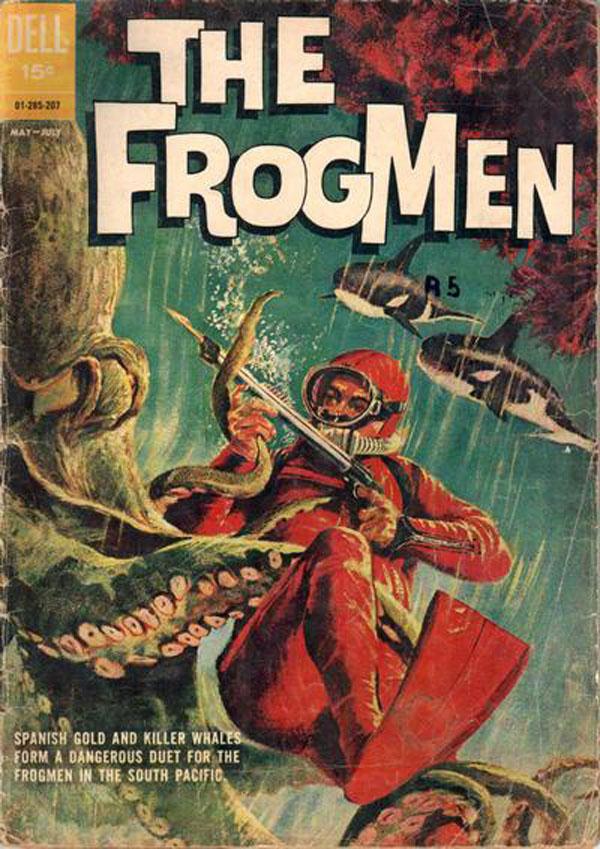 Those plucky Sea Devils have swum straight into an ambush on this 1963 cover by Russ Heath. Jack Adler was the colourist and also responsible for the grey washes that add so much atmosphere. 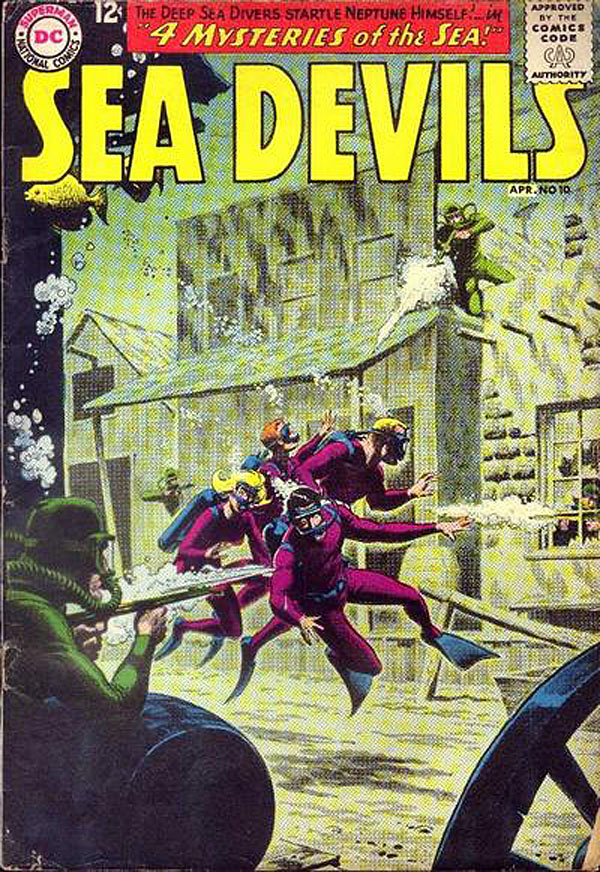 The Dark Knight was a distant memory for much of the fifties and sixties with Batman more likely to be found battling aliens and monsters. Sheldon Moldoff drew this cover and the story inside. Interior inks by Charles Paris. The story was written by Bill Finger who is finally getting the recognition he deserves as the man who created much of the Batman mythos. (Click for larger images). 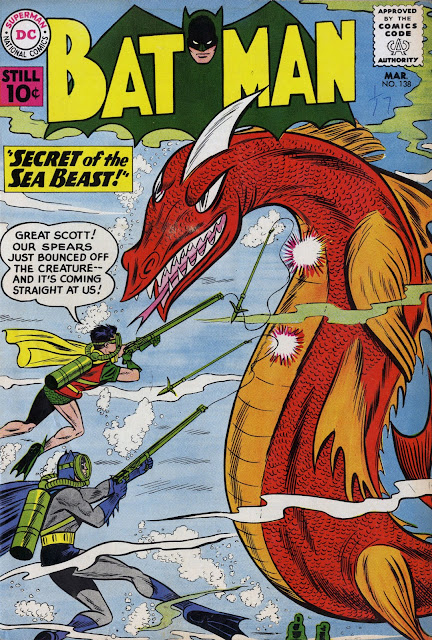 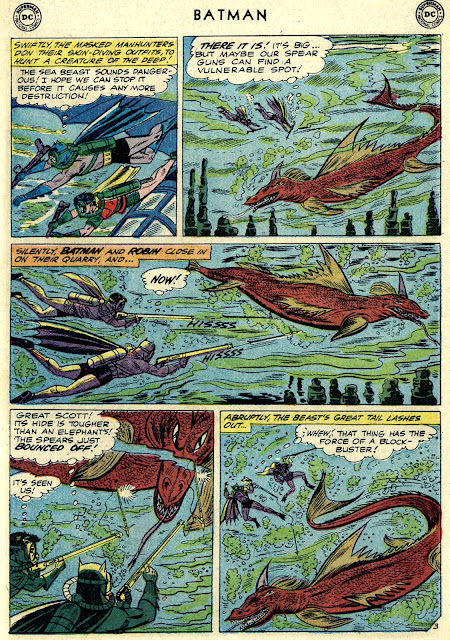 Part two of our look at spearguns and spearfishing.

This 1956 ad for Voit scuba equipment is typical of the times in featuring spearfishing, as can be seen by the cover of the U.S. Divers/Aqua Lung catalogue from the same year. 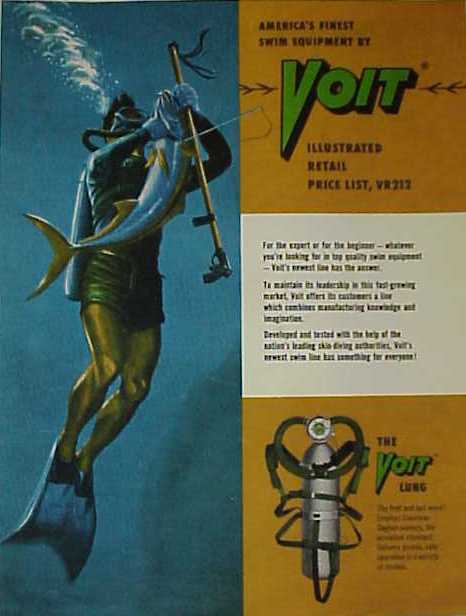 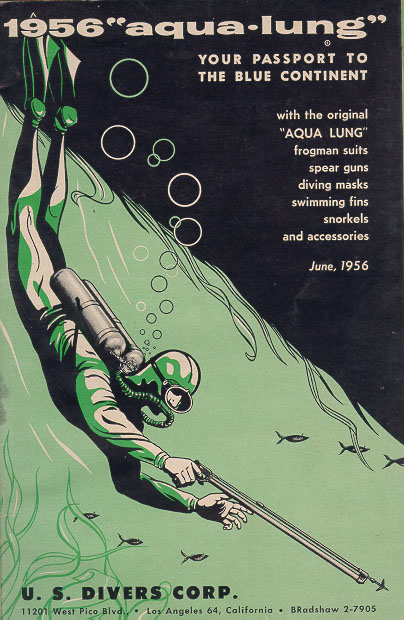 All the years I've been trying to impress the ladies and I never realised the secret was to dangle a dead fish in front of them! Mind you, things might have moved on since 1966. 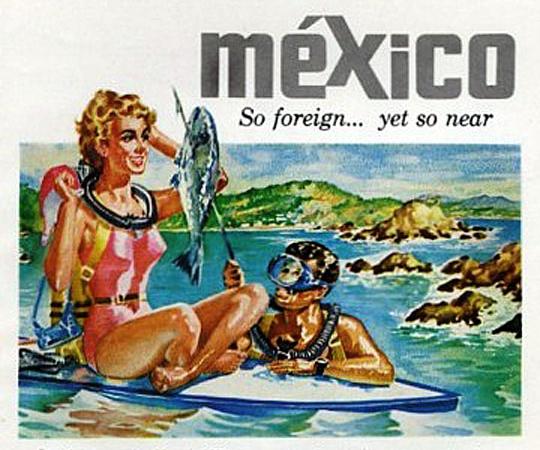 Not sure why that diver is trying to spear that nice ray on B Knight's Ladybird Books cover from 1967. Bad diver! 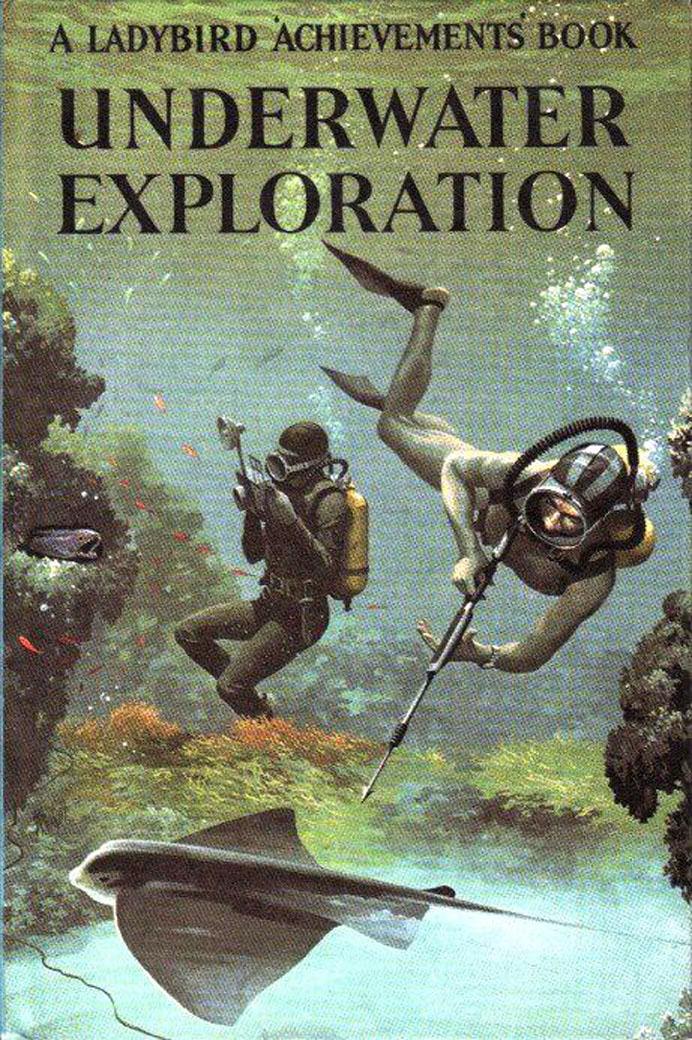 The diver on this 1976 stamp from Grenada certainly has a long speargun. Must be compensating for something! And spearfishing obviously makes you go bald so don't do it! It's not worth the risk! 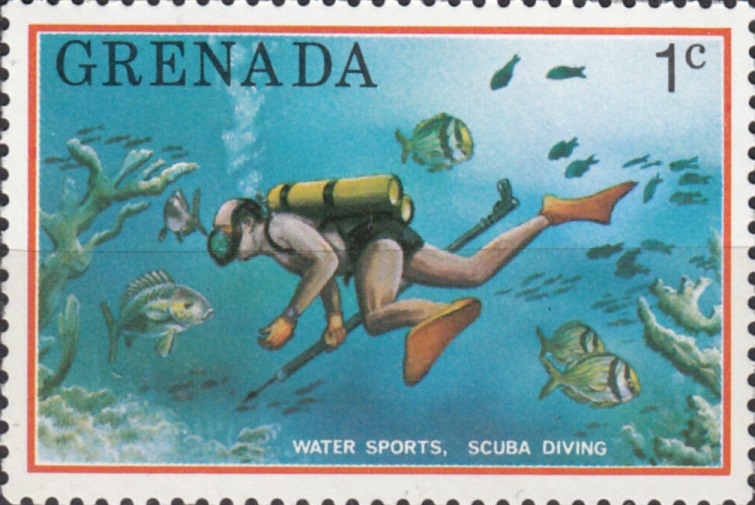 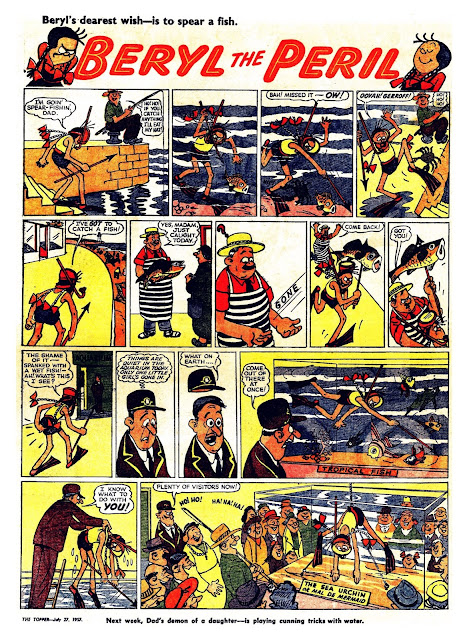 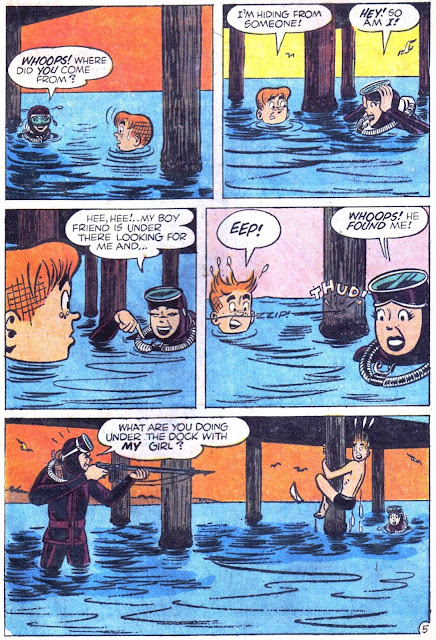 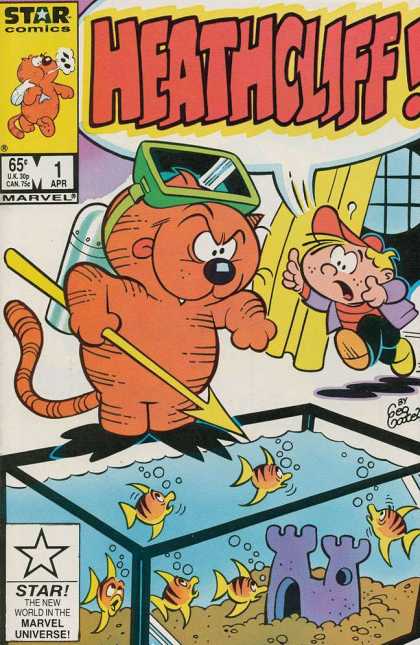 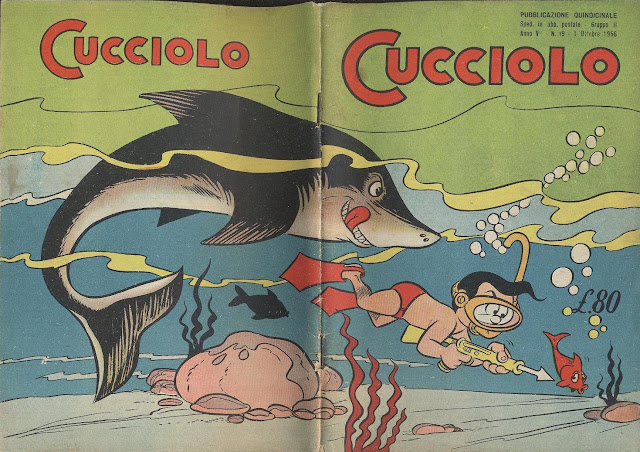 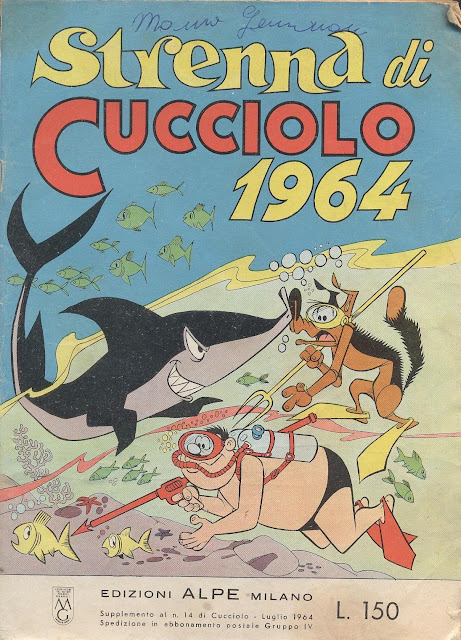 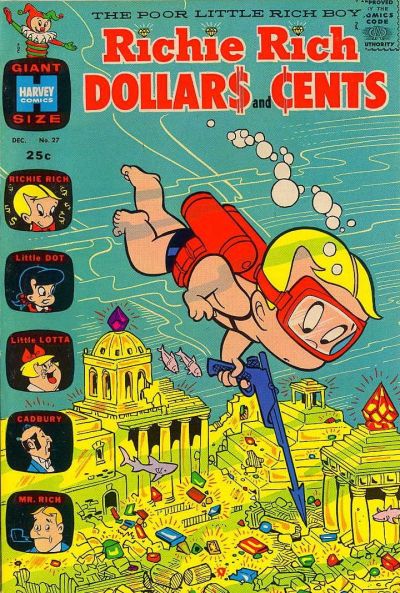 The Avenging Art of Diving

Today's post features The Avengers. No, not those ones - it's Steed and Mrs. Peel!

This comes from an April '66 issue of TV Comic and is drawn by Pat Williams. Unfortunately there doesn't seem to be much information available about the artist - unless you know different! 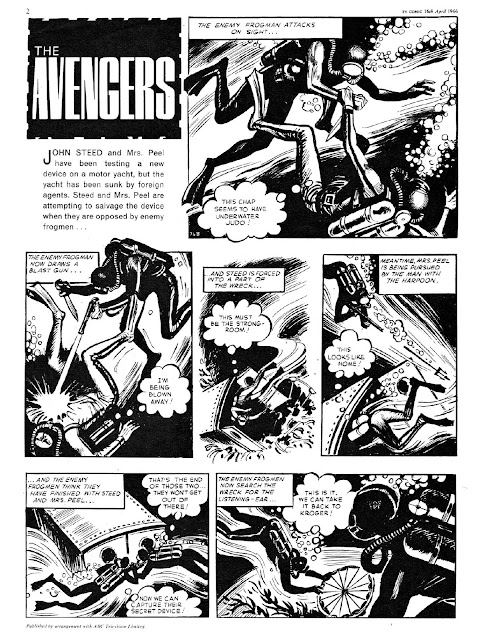 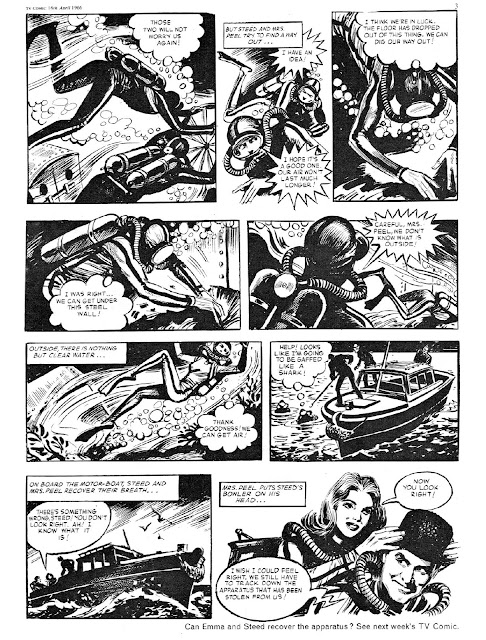