The Rub-Down Art of Diving

Browsing eBay recently I came across someone selling original Letraset Action Transfers and I couldn't resist buying one of them. I remember buying various sets back in the day although I don't recall if I ever had Underwater City. (Click for larger images). 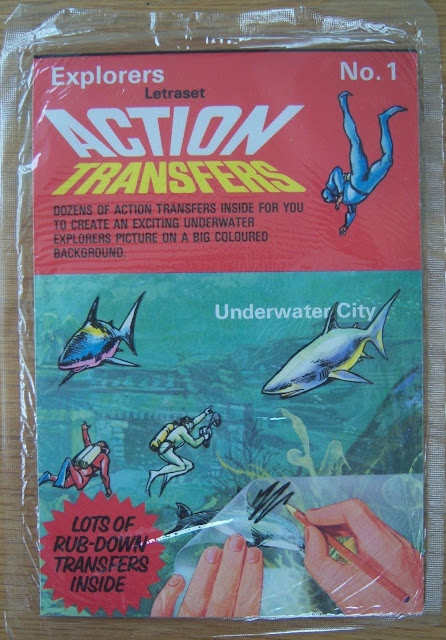 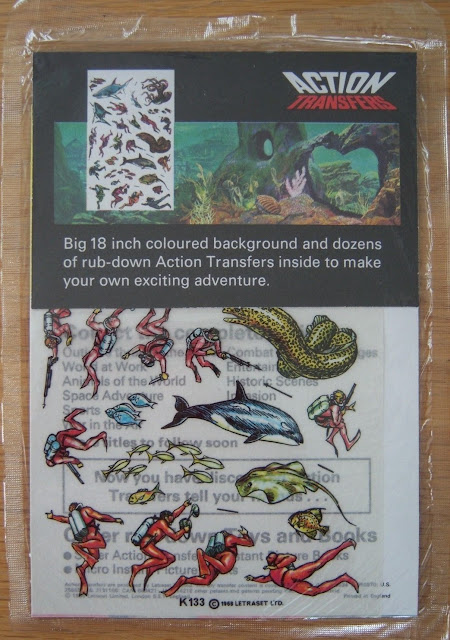 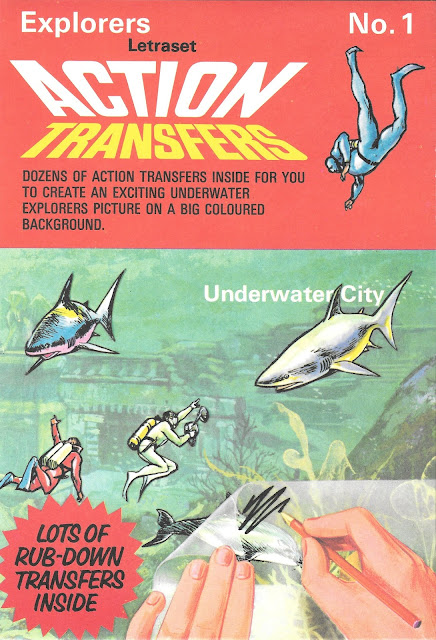 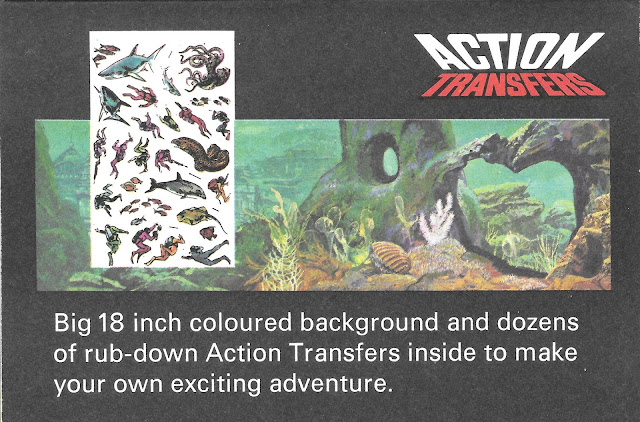 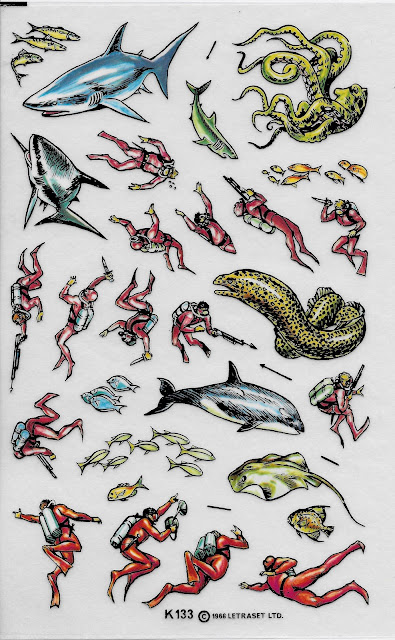 Although I opened the packet so I could scan the contents, I didn't want to actually use the transfers. Thanks to Photoshop (other image-editing software is available) I've been able to create a virtual finished product:

Underwater City was one of the twelve original Action Transfers sets that were launched in 1969. Earlier products had been available but this was the first time the name Action Transfers was used.
In 1965 some larger format "Panoramas" had been launched. These originally had black and white transfers but were later re-issued with colour versions.

You can see more about Action Transfers here and can see the original Ocean Deep Panorama here.

In 1974 a range of Mini Action Transfers were produced and included a set called Deep-Sea Exploration.


I also saw this Action Man Military Panorama set on eBay but sadly it was beyond my price-range. 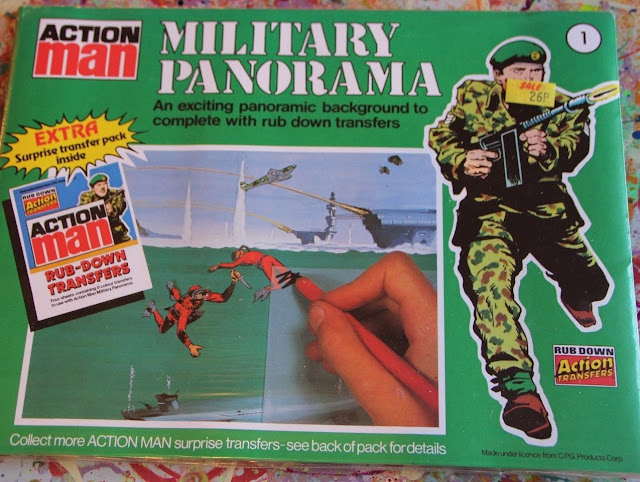 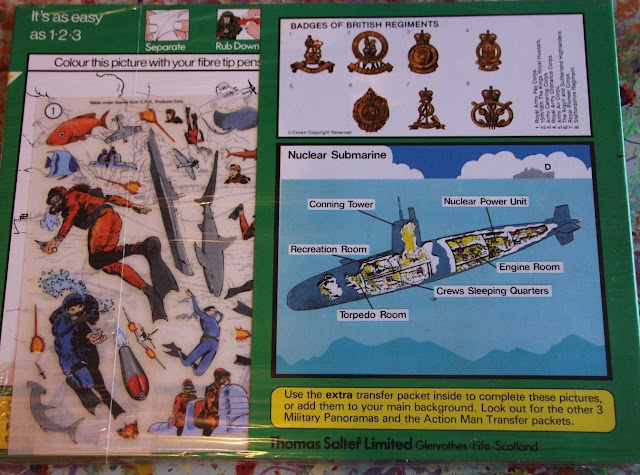 The Wide World of Diving

Here are three more covers from The Wide World magazine. Only one of the artists is credited and unfortunately I haven't been able to find out anything about them. 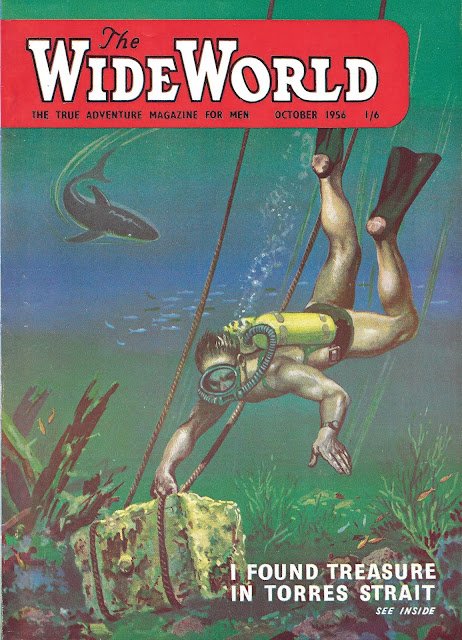 This one has an interior illustration which I had to share so here's a diver punching a shark! As you do. 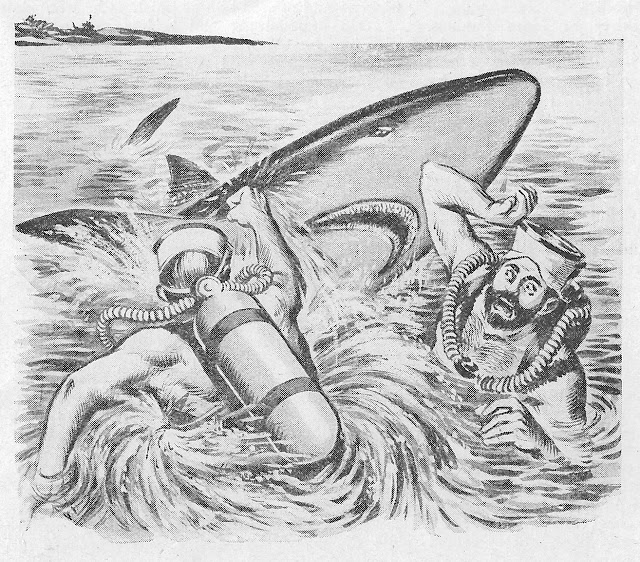 This cover is credited to "Langhammer". 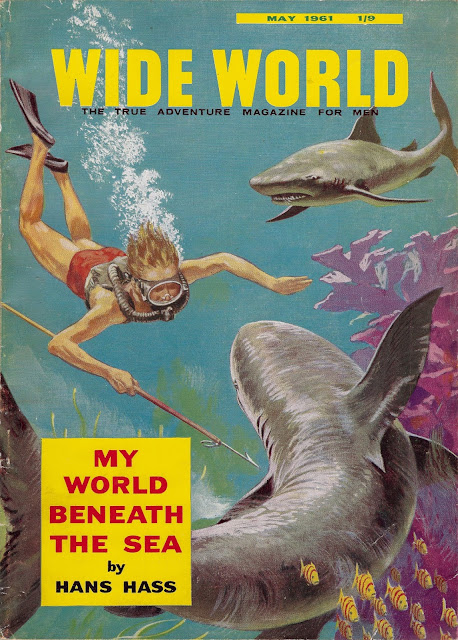 I wonder if this diver is saying to himself, "Mine! All mine!"?! 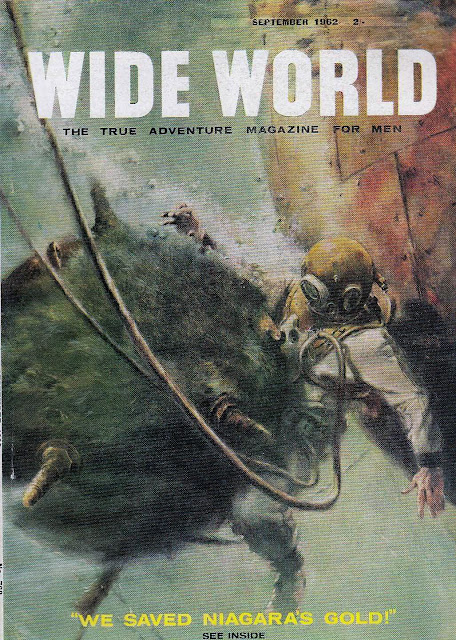 Sorry, I'll get my coat.