In the last Art of Diving we looked at some posters for the Jane Russell movie Underwater! Here's three more from the Italian release of the film. 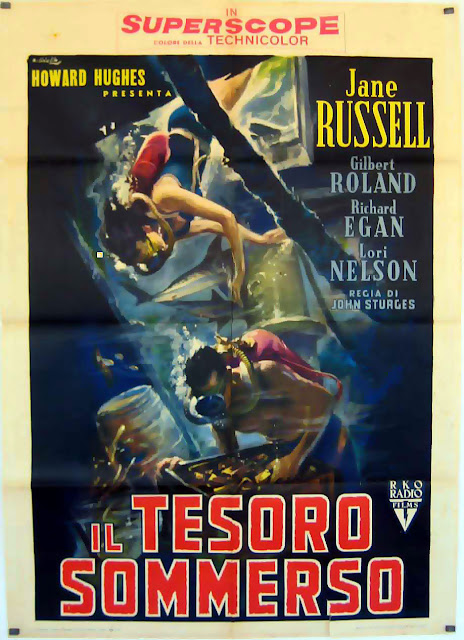 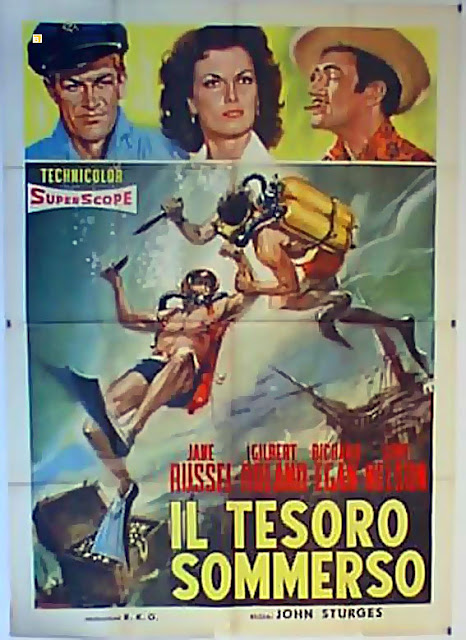 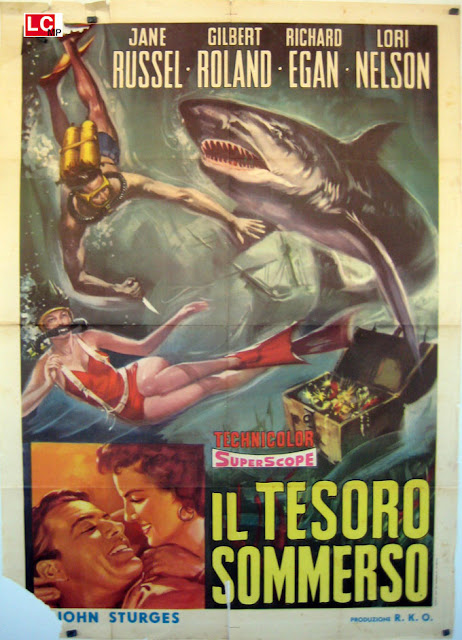 The Art of Diving Goes to the Movies - Underwater!

Today we're looking at two posters from the 1955 Jane Russell film, Underwater! I believe the first example is by Ren Wicks so it's quite likely the second one is also his work. 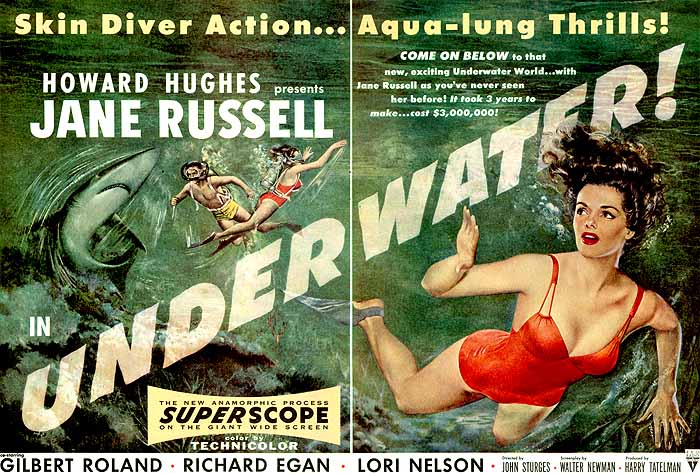 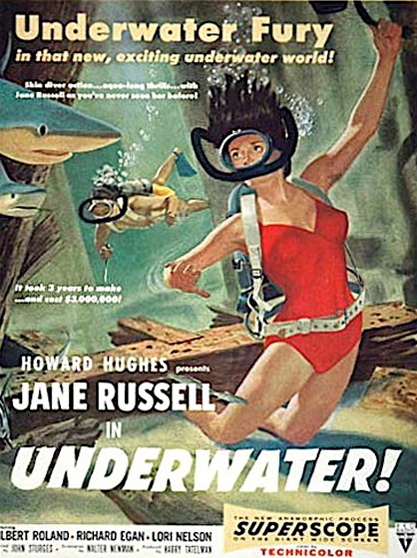 Here's a picture of the impressive display for the film at a New York cinema. 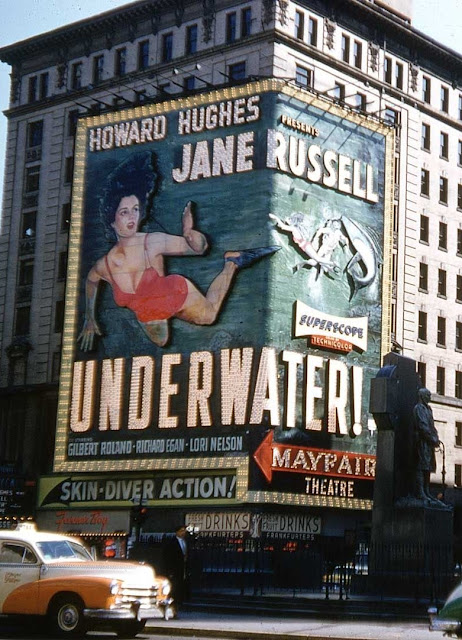 It's time for the conclusion of Typhoon Tracy's exciting adventure! As the last part doesn't feature any diving I'm presenting the final two instalments together. (Click for larger images). 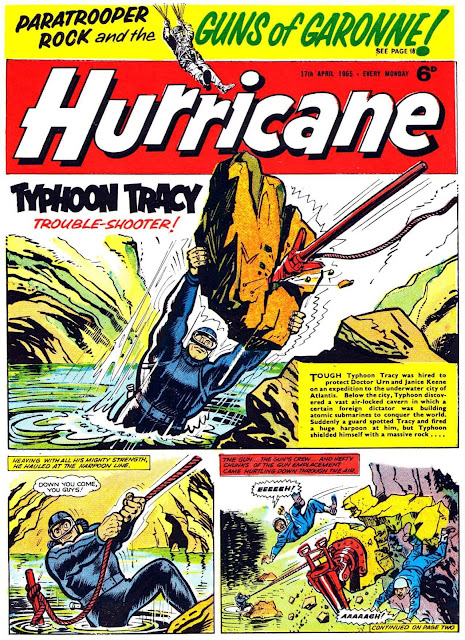 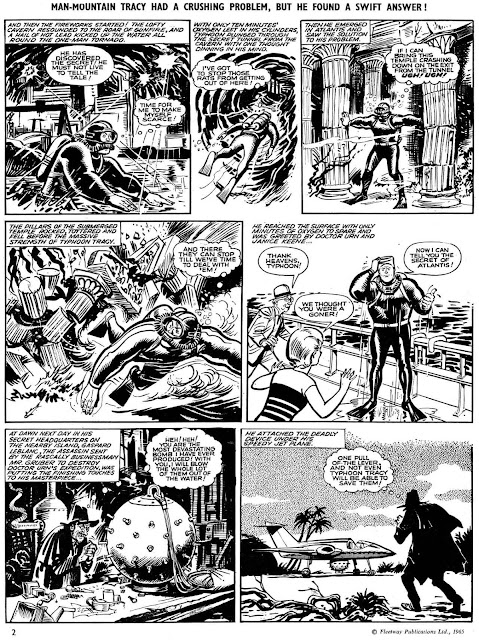 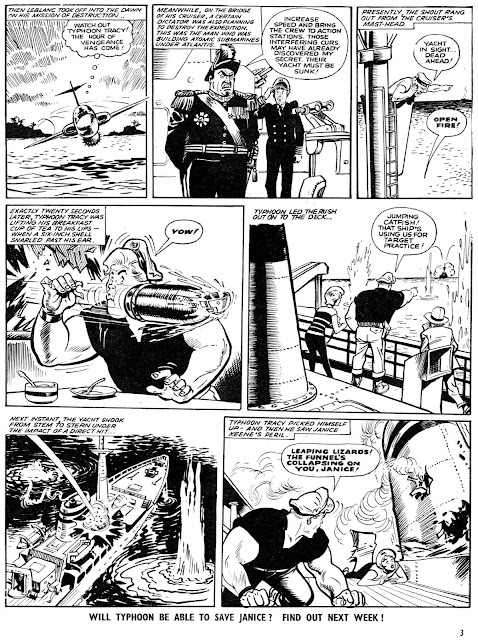 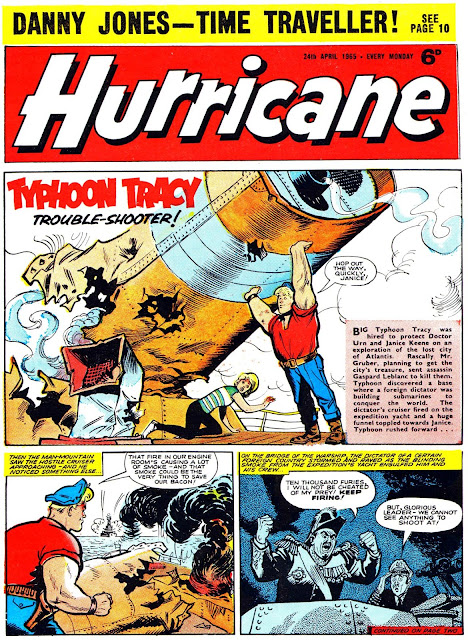 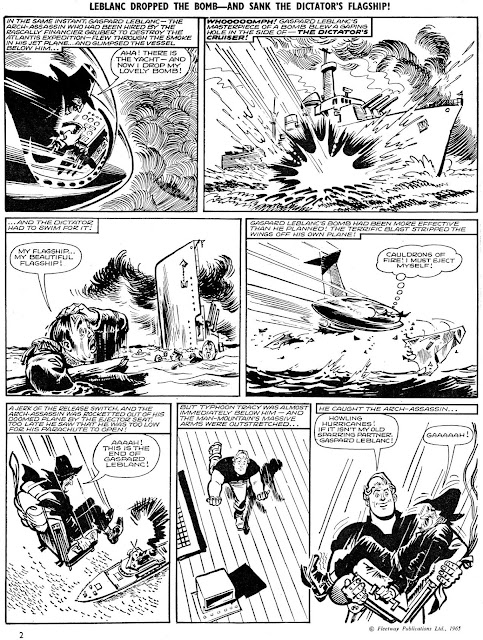 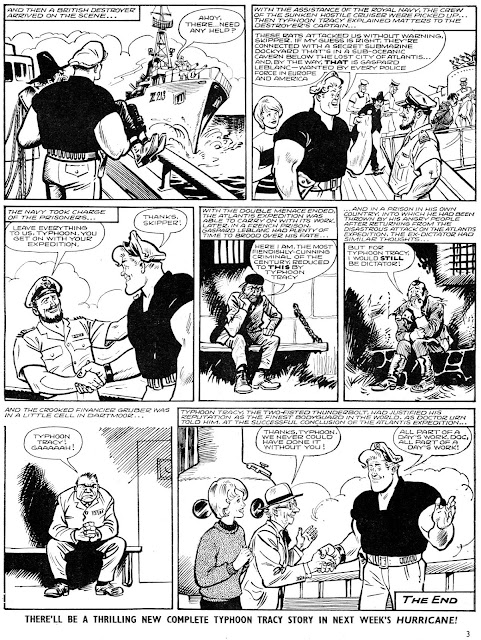 There's plenty of underwater action in this week's episode of Typhoon Tracy! (Click for larger images). 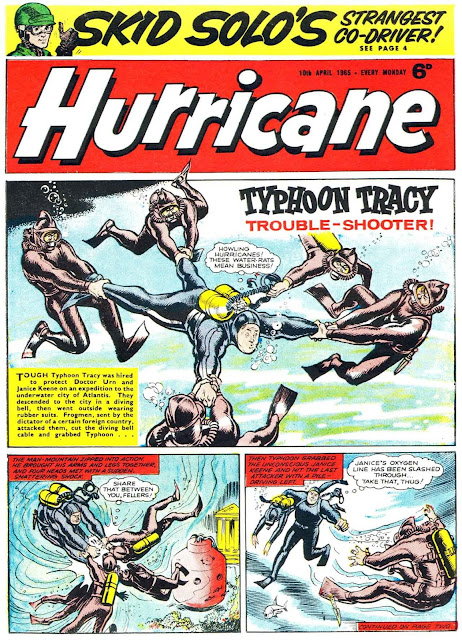 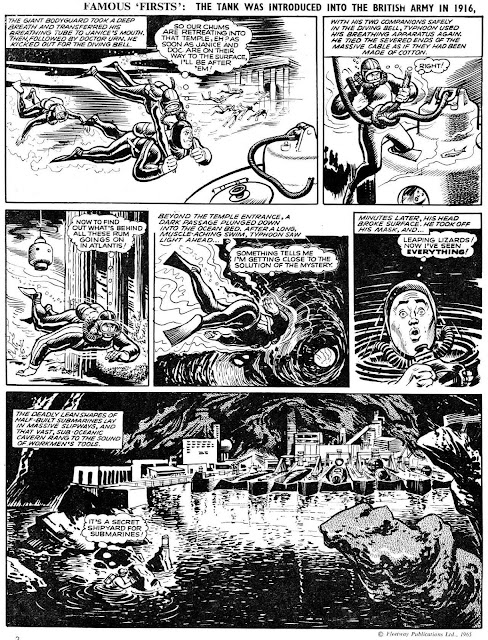 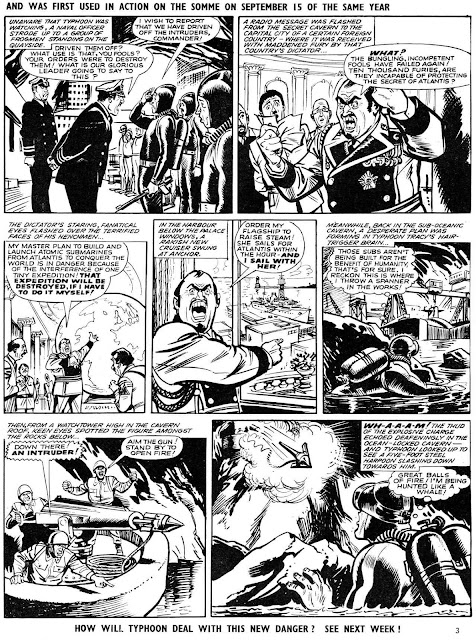 Three of a Kind - Bob Morane

French adventurer Bob Morane, a former RAF pilot, first appeared in the novel La Vallée Infernale (The Infernal Valley) by Henri Vernes (Charles-Henri Dewisme) in 1953. More than 200 books have since been published and over 70 albums reprinting comic strips from magazines such as Pilote and Tintin. The character appeared in a 1960 film that was screened once in Brussels before being lost in a fire! A 1965 live-action series and a 1998 animated series were also made.

The eleventh book in the series was Les Raquins d'Acier (The Steel Sharks) and was originally published in 1955. A number of artists produced covers for the series but unfortunately I don't know who painted the various covers featured here. 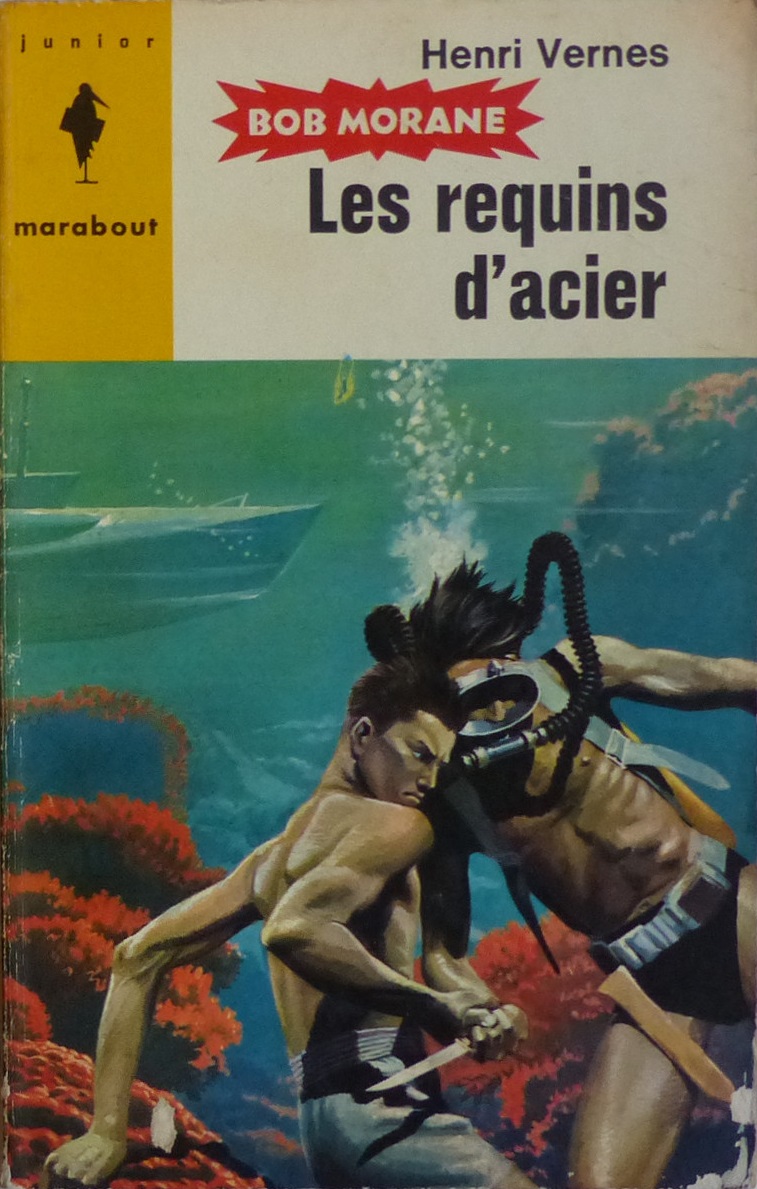 1961 saw the publication of  Les Mangeurs d'Atomes (The Atom Eaters), the 45th book in the series.
Here we have a French cover plus a larger scan of the same artwork from a Dutch edition. As a bonus there's also a more recent French cover. 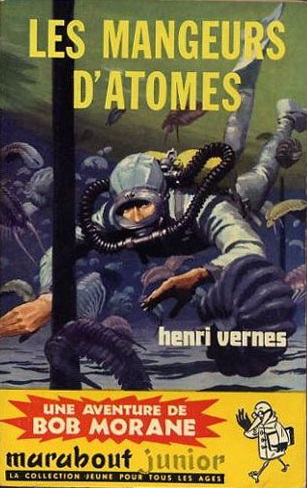 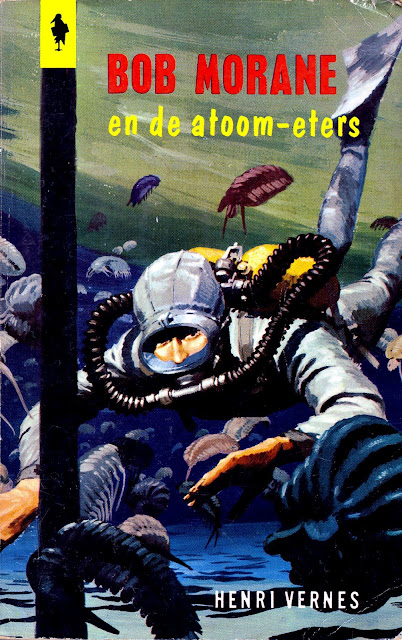 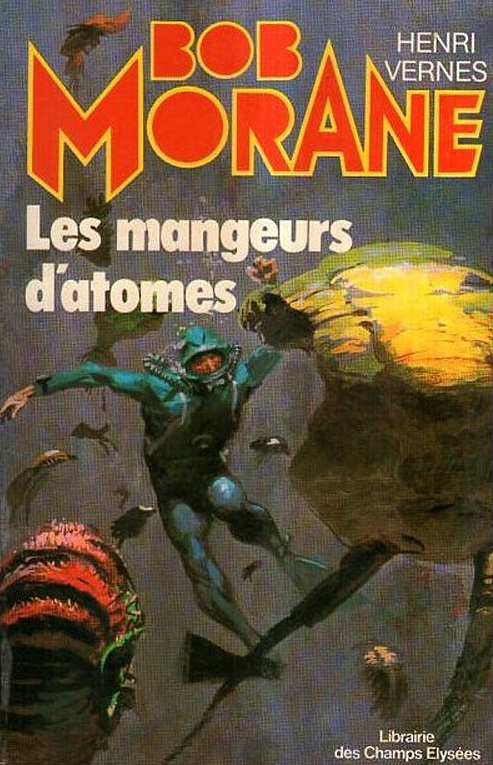 Our third and final item is a 1988 ad for Bob Morane: Oceans, one of a number of video games that were produced. 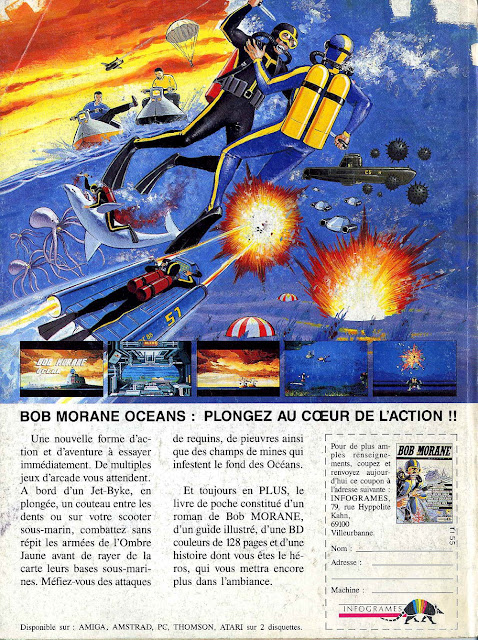 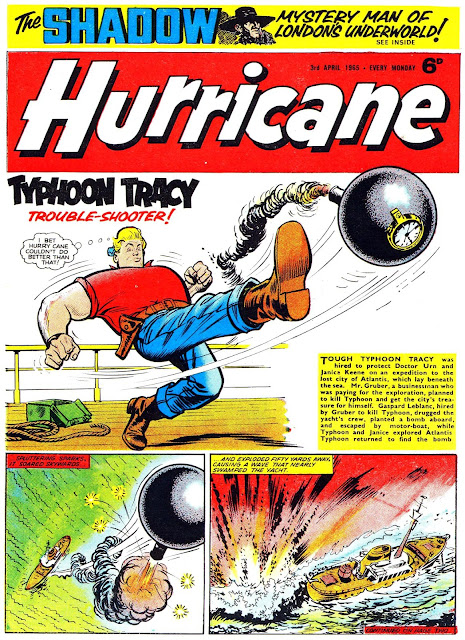 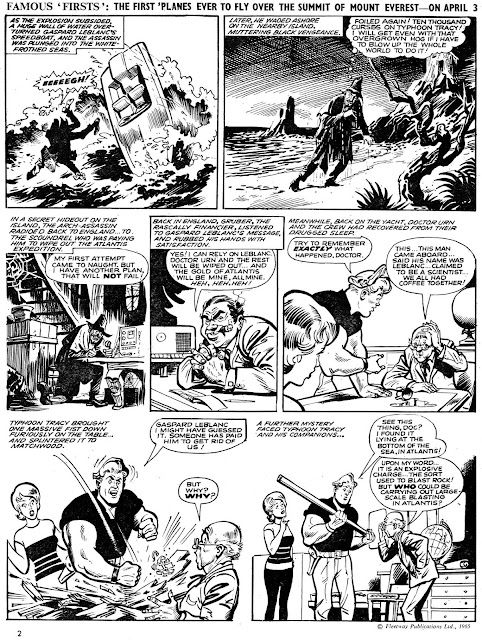 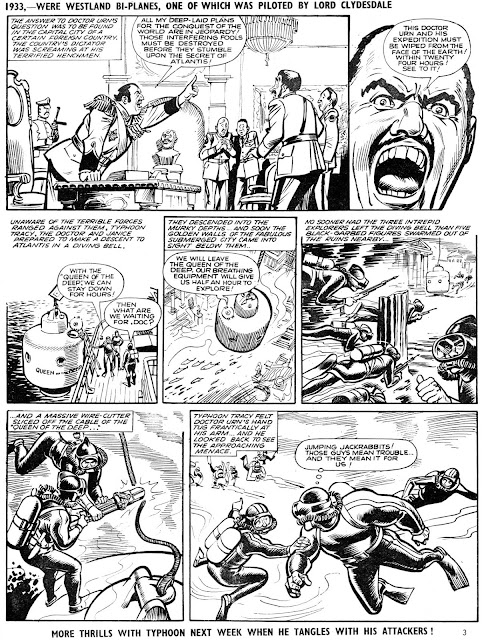 See you next week adventure fans!

Try as I might I couldn't come up with a title for this blog entry. I must be losing my touch!

Raymond Reding (1920-1999) was a French-Belgian artist and writer. He created a number of different series, often for Tintin magazine, several of which had a sporting theme. Jari was about a young tennis apprentice while Section R featured two former athletes who worked as investigative journalists in the world of sport. Footballer Eric Castell is his most famous creation but his first football hero was Vincent Larcher who appeared in Tintin from 1963 - 1971. I think the story featured here comes from the end of the run and it was reprinted in album format in 1975. There's mention of treasure and a time-bomb but as to what exactly is going on, you're on your own I'm afraid!

Thanks to Chris for once again providing the scans (Click for larger images). 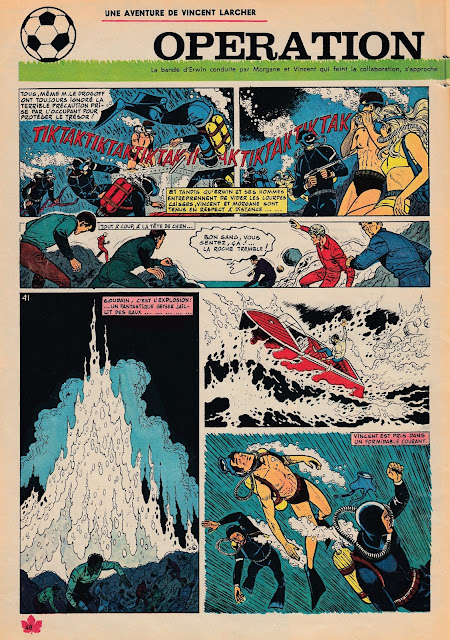 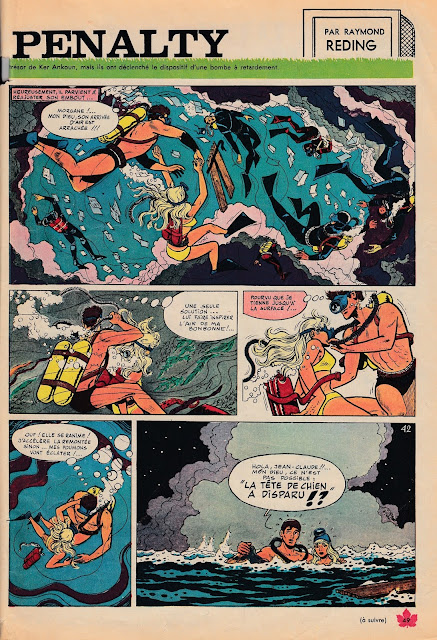 Ooh! I can just about remember enough of my school French lessons to work out that their boat is called the Dog's head!

Here's the next thrilling instalment of Typhoon Tracy, Trouble Shooter from the pages of Hurricane! (Click for larger images). 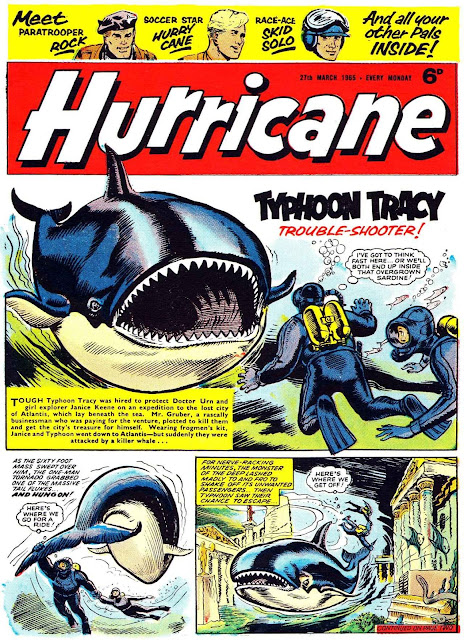 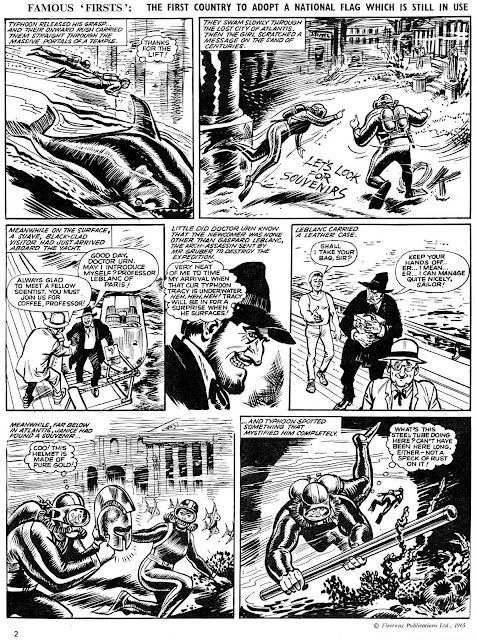 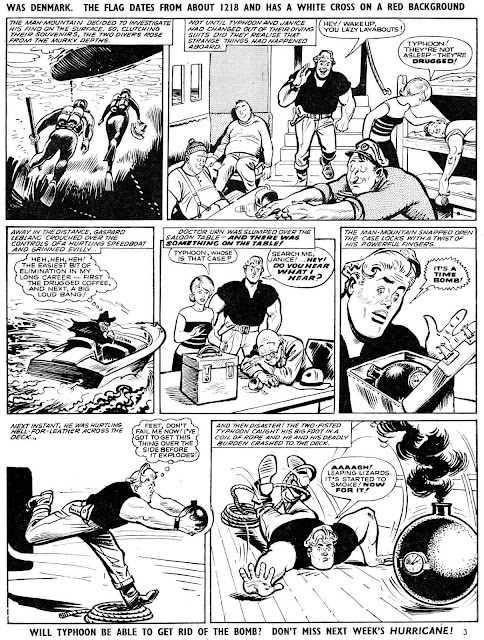 See you next week for more exciting adventures chums!