Forty Fathoms Deep, a book about pearl divers in Australia, was first published in 1937.

I've found two versions of the artwork produced for the original edition by Edgar A. Holloway.

This version says "Second Edition" on the spine so I'm assuming it's how the artwork was originally presented. 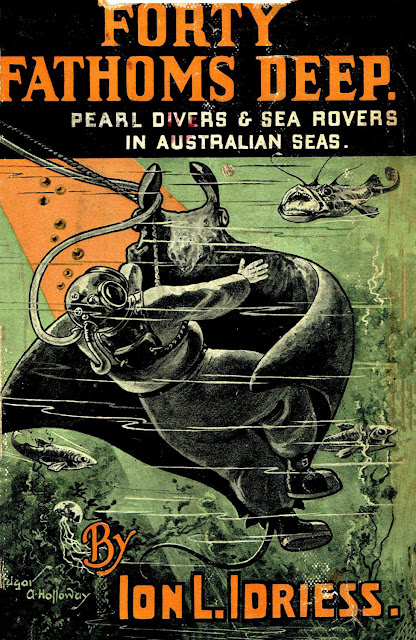 I believe this version dates from a 1952 edition. 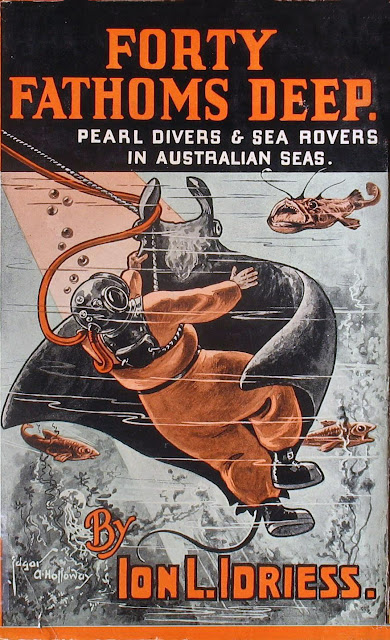 This 1979 edition features a cover by Walter Stackpool. 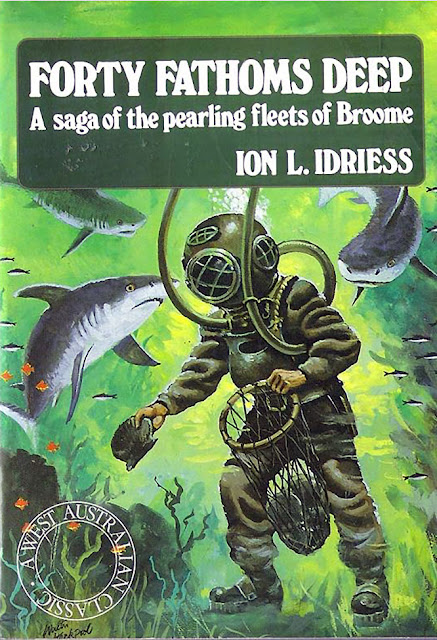 Edgar Alfred Holloway (1870-1941) was born in Doncaster. He was a war artist during the Boer War and became known for his illustrations of military uniforms. He later produced illustrations for The Boy's Own Paper and many children's books. He emigrated to Australia in 1930 where he continued to work as an artist. You can read more about him and see examples of his work at the excellent Bear Alley blog.

Walter Stackpool (1916-1998) was one of Australia's most prolific illustrators of genre fiction and is probably best known for his covers for the Larry King "I Hate Crime" books which were based on a popular radio series. He also worked on westerns and children books, including Little Golden Books based on TV series such as Skippy the Bush Kangaroo, Barrier Reef and Woobinda (AnimalDoctor). 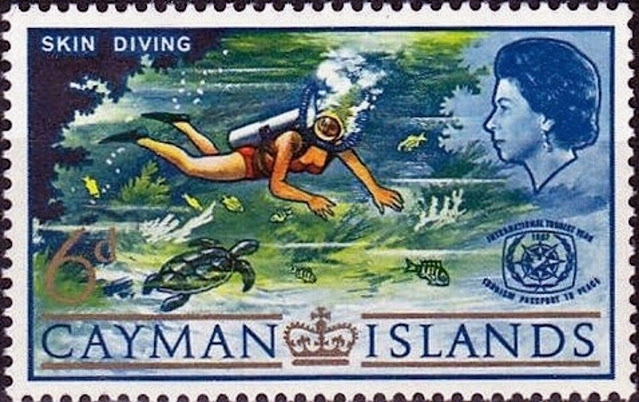 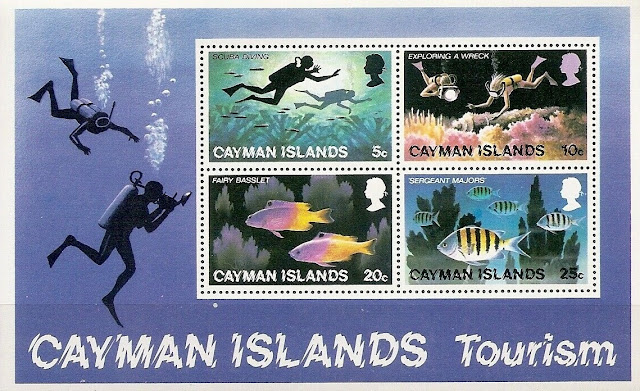 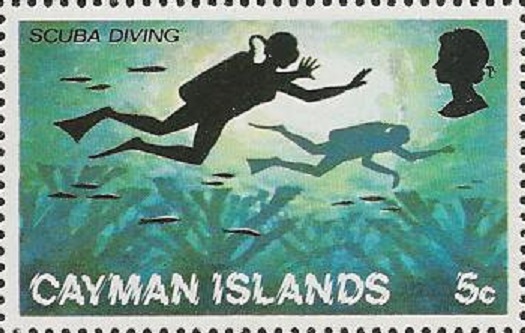 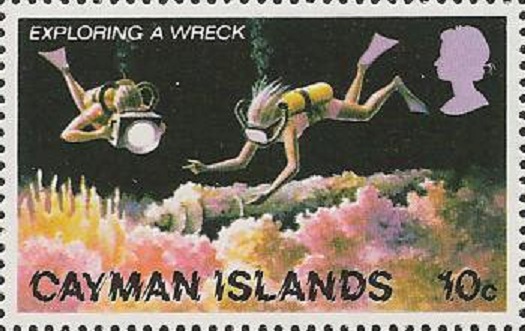 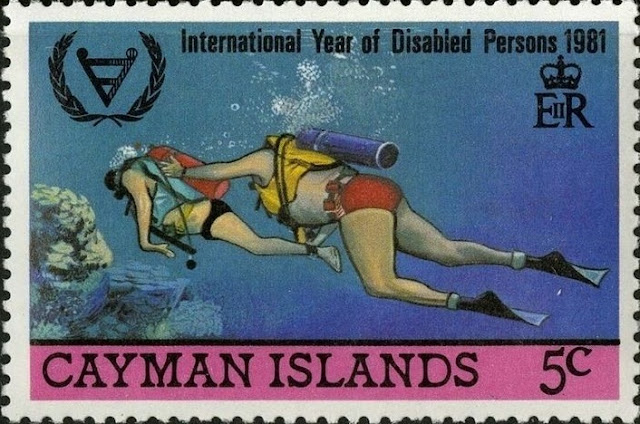 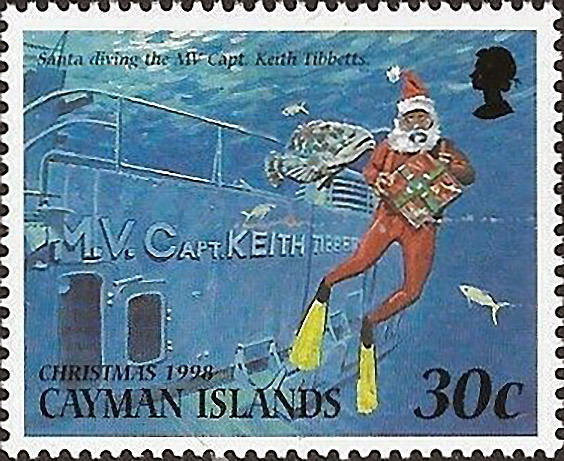 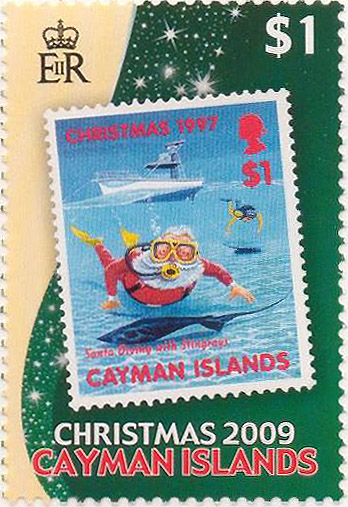 The Art of Diving is back with a beautifully drawn comic strip by Al Williamson and Roy Krenkel.

H2O World appeared in the first issue of Warren Publishing's Creepy in 1964. As a special treat I'm posting scans of the original art which sold for $31,070 in 2015! (Click for larger images). 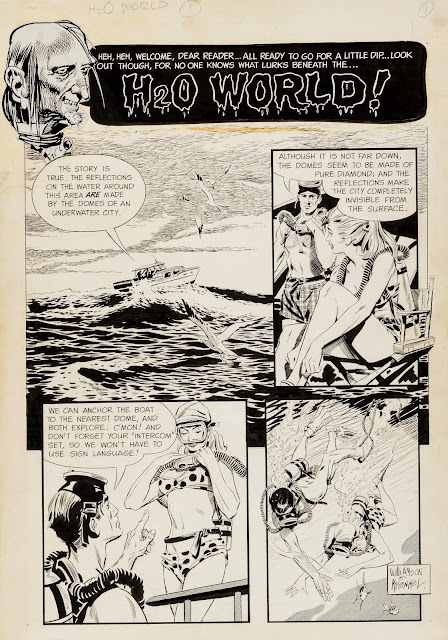 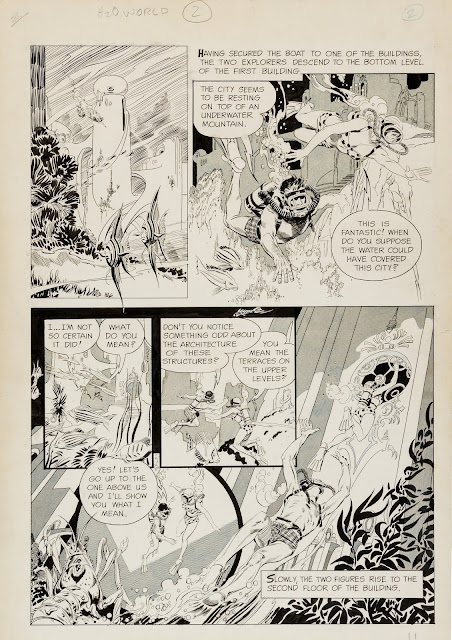 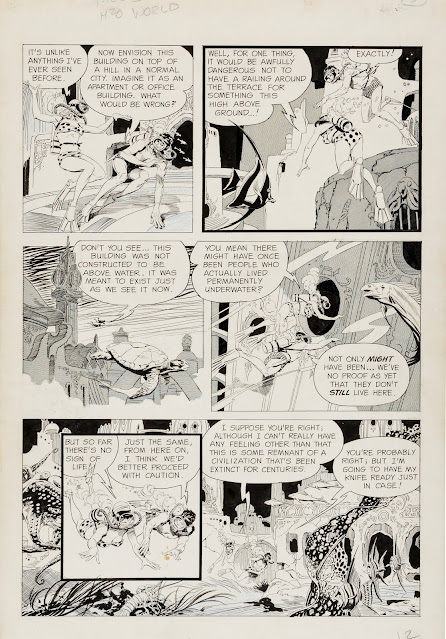 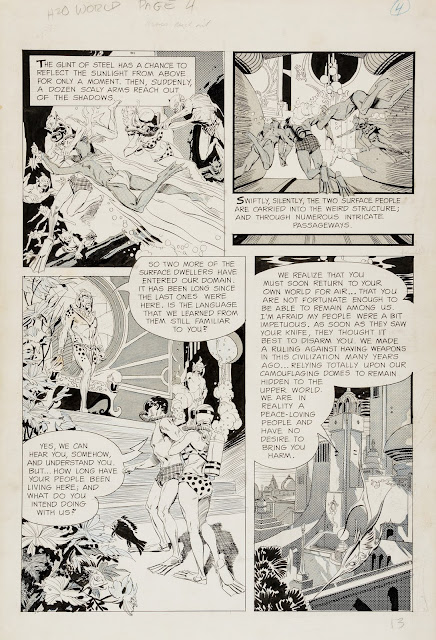 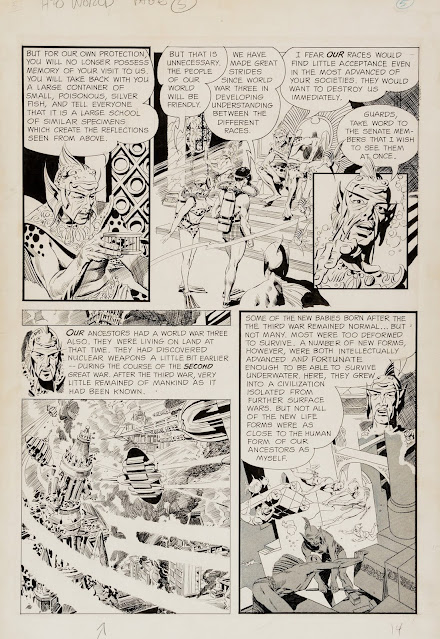 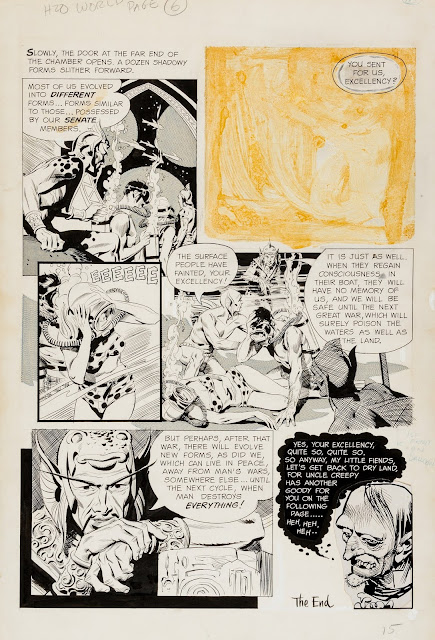 As you can see, there's a panel missing from the final page so here it is, taken from the published magazine. 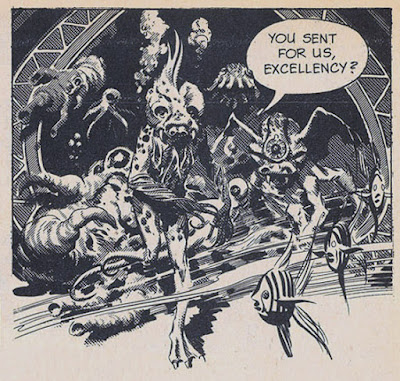 It was done separately using a special type of  board which would explain why it had to be pasted on. Officially called "Doubletone Drawing Board" it was commonly called Craftint (the company name) or Duo-shade. Similar to magic painting books that you may have used, there were two hidden patterns in the board. Two different developing chemicals, applied with a brush, were used to bring out the patterns.

Alfonso Williamson (1931-2010) was born in New York but when he was two years old his family moved to Bogata, Colombia where they remained until he was twelve. He became interested in comic strips while in Colombia and Alex Raymond's Flash Gordon was an early favourite. Back in New York he attended Burne Hogarth's Cartoonists and Illustrators School (now the School of Visual Arts New York City). While there he met future artists Wallace "Wally" Wood and Roy Krenkel, the latter of whom introduced him to many famous illustrators.

From 1949 to 1951, he worked on science-fiction and western stories for publishers such as ACG, Avon Publications, Fawcett Comics and Standard Comics. He began collaborating with Frank Frazetta, who often inked his work, and with Roy Krenkel who often did backgrounds. From 1952 to 1956 he worked on EC Comics' Weird Science, Weird Fantasy and Weird Science-Fantasy. In the late fifties he worked for Marvel's predecessor Atlas Comics (Jann of the Jungle plus various war and western strips), westerns for Charlton and Dell, and Classics Illustrated. At Harvey Comics he inked a number of stories pencilled by Jack Kirby.

From 1960 he spent three years in Mexico as an assistant to John Prentice on the Rip Kirby newspaper strip. He credits Prentice with teaching him many fundamental illustration methods while Prentice described Williamson as "the best guy I ever had by far." In the mid-sixties he worked on Warren's new line of magazines including Eerie, Creepy and Blazing Combat. In 1966 he drew issues 1, 4 and 5 of King Features' new Flash Gordon comic book, winning a Best Comic Book Award from the National Cartoonist Society. This was the first of many awards that he would win. In 1967, with writer Archie Goodwin, he took over the long-running newspaper strip Secret Agent X-9 which was renamed Secret Agent Corrigan. The pair continued on the strip until 1980.

In 1980 he drew an adaptation of The Empire Strikes Back for Marvel's Star Wars comic (it was also published in a number of other formats). He was specifically requested by Lucasfilm who had previously tried, unsuccessfully, to hire him for the Star Wars newspaper strip. He eventually drew the strip from 1981 to 1984. He also drew an adaptation of the Dino DeLaurentis Flash Gordon film which he described as "the hardest job I ever had to do in my life." More adaptations followed with Return of the Jedi and Blade Runner.

In the mid-eighties, finding it too hard to produce both pencils and inks, he transitioned to becoming strictly an inker. After a brief stint inking legendary Superman artist Curt Swan, who described Williamson as his favourite inker, he moved to Marvel where he inked many artists including  John Buscema, Gene Colan, Rick Leonardi, Mike Mignola, Pat Oliffe and John Romita Jr. From 1988 to 1997 he won nine industry awards for Best Inker. In 1995 he produced his last major work doing both pencils and inks -  a two-part Flash Gordon story for Marvel. He carried on working as an inker until 2003 and died on June 12th 2010.

Roy Gerald Krenkel (1918-1983) had a much shorter career in comics, moving instead into the world of books and magazines. Although highly thought of he was known for regarding his own work as disposable and unimportant. Author Harry Harrison described him as a "master penciller" while Frank Frazetta cited him as "a constant source of inspiration."  You can see more of his work here.