The Menacing Art of Diving

I'd like to give a shout out to Erkan, one of my diving chums, for his continued encouragement and kind words. Hope you enjoy this one mate!

Dennis the Menace first appeared in the issue of The Beano dated 17th March 1951. A different character bearing the same name first appeared in US newspapers on March 12th but, due to the way comics were dated a week ahead, it seems likely that the British Dennis actually appeared first. It's definitely an amazing coincidence that both versions were created at the same time.

This first page is taken from the 1966 Dennis the Menace book. Art by Davey Law. (Click for a larger image.) 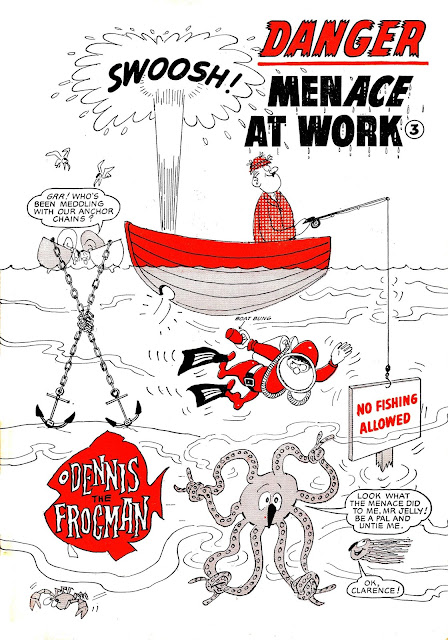 This next example is from the 1974 book but also seems to be Law's work so must be a reprint as he died in 1971. The use of reprints was common in the early Dennis books. (The strip reads across both pages, click for a larger image.) 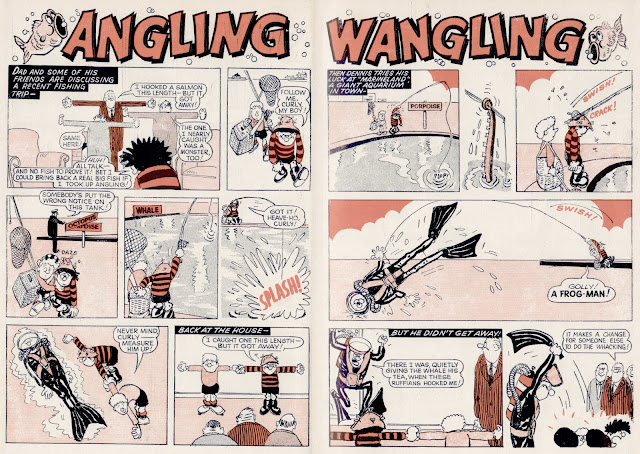 David "Davey" Law (1908-1971) studied at Edinburgh College of Art before initially working for Odhams Press. He joined D.C. Thomson in the 1930s, drawing cartoons for the company's  newspapers. His other famous creations were Corporal Clott in The Dandy and Beryl the Peril in The Topper. Dennis's popularity grew over the years with his first bi-annual book appearing in 1956 (they were eventually published annually from the late 80s). He appeared next to the Beano logo in the late 50s (replacing original cover star Big Eggo) knocked Jonah off the colour back page in 1962 before eventually replacing Biffo the Bear on the front cover in 1974.

Not the 1956 adventure movie but this half-page feature from an early edition of The Beezer did appear the same year. I think the artist is Bill Holroyd who was drawing a strip called The Voyage of the Bushwhacker at the time. Art of Diving regulars will be familiar with his work on Dive with the Dolphins from The Topper. (Click for a larger image). 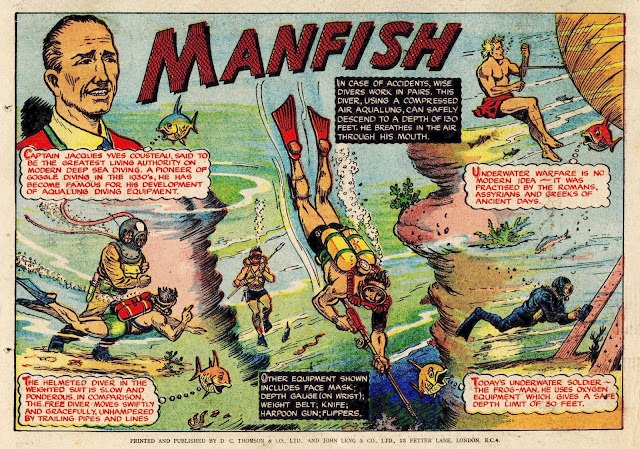 Three of a Kind - Queer Creatures

No divers in today's post, just some examples of the way marine life was presented to comic readers in the 1950s (Click for larger images). 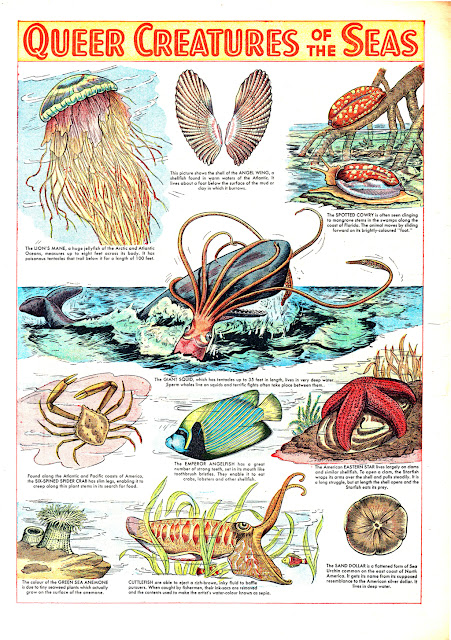 This next piece featured in an early issue of Eagle from 1951. 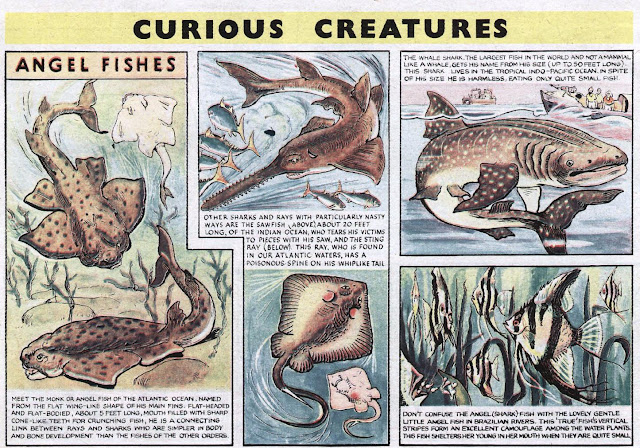 And this final example is from a 1956 edition of Express Weekly. 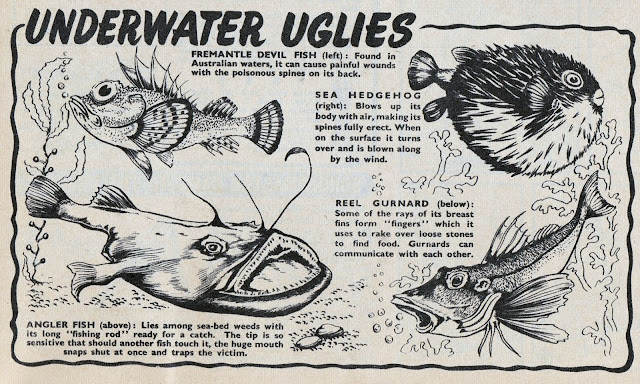