The Art of Diving with Dolphins - Double Dolphins!

I was astonished to see that it's been almost four years since I last featured Lucky Dicky Dolphin and his family. Where does the time go?! Anyway, here's a double helping featuring lovely colour artwork from Ron Smith. They come from The Topper Book for 1963 and 1966 respectively. Smith had previously drawn them in the 1962 book. 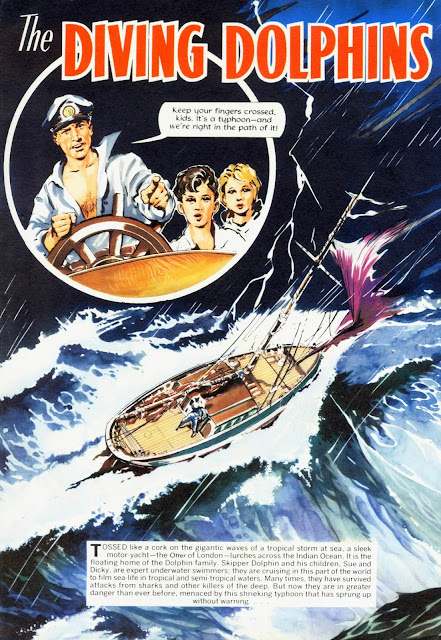 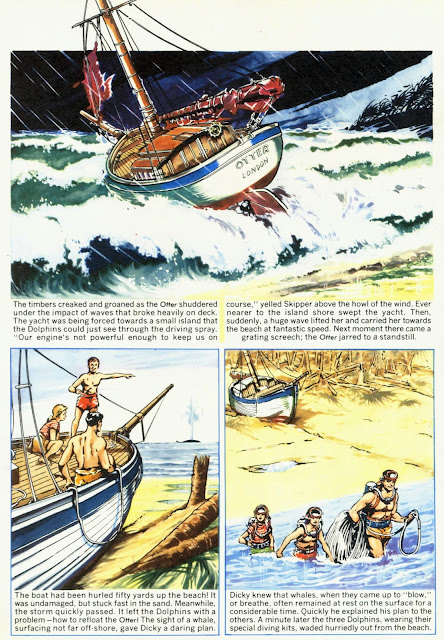 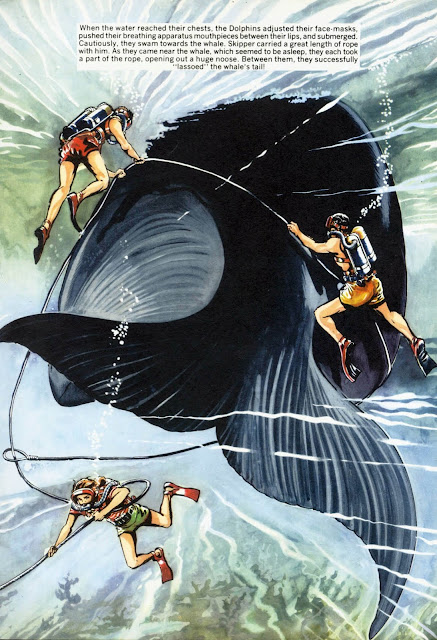 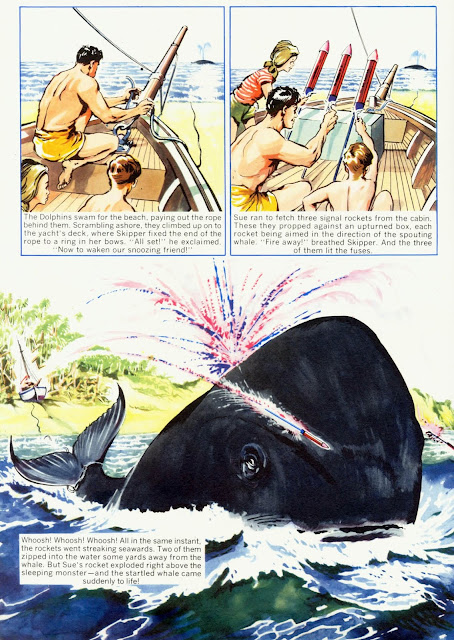 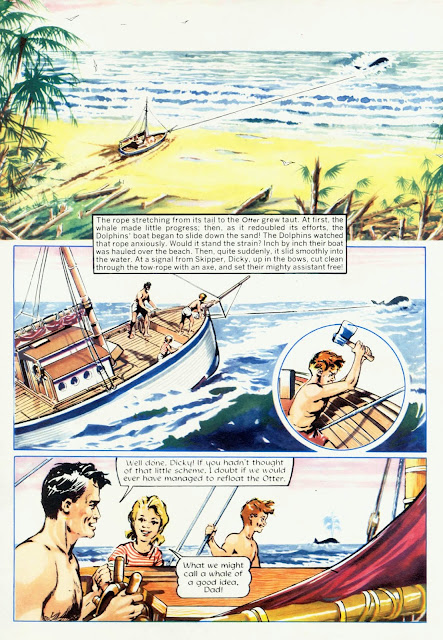 I can't say I approve of Dicky's method for re-floating the Otter but as a lover of bad puns I enjoyed Sue's effort in the last panel! 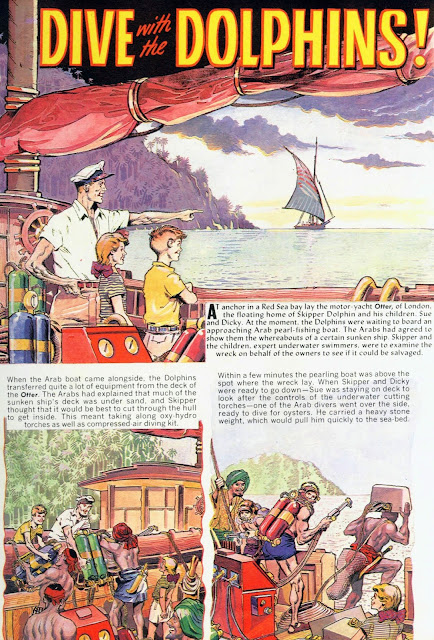 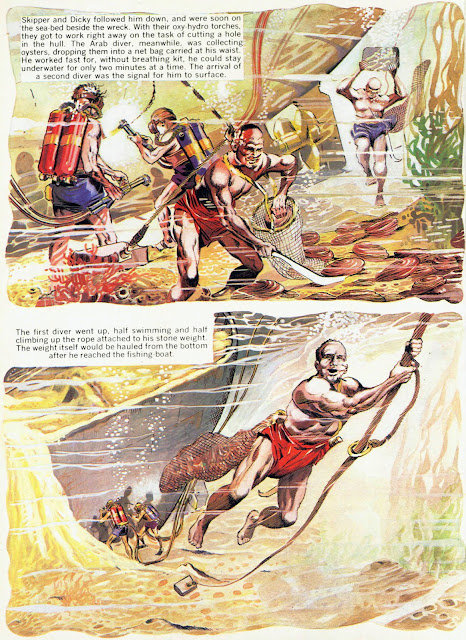 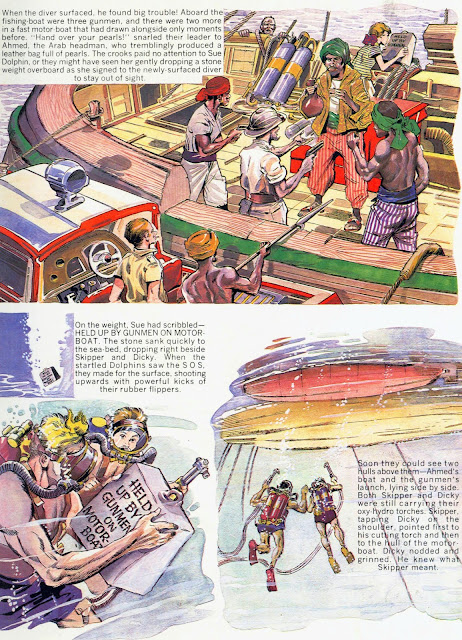 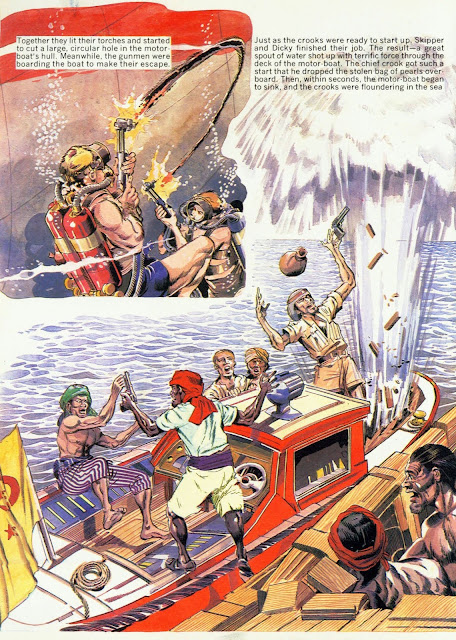 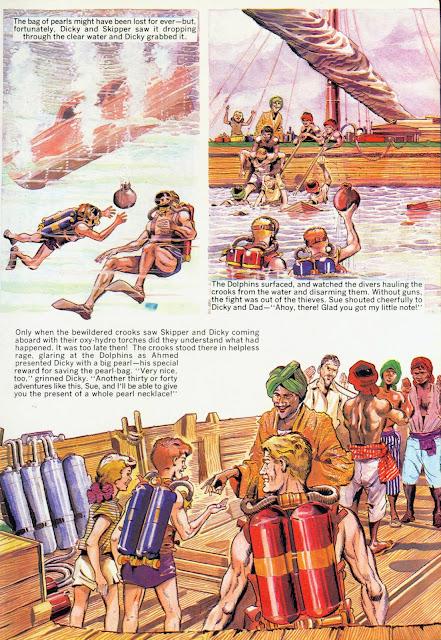 Despite only taking up a single page inside issue 94 of Look and Learn (November 1963), the editor decided this look at how an aqualung works also warranted a cover illustration and I for one am glad that he did! (Click for larger images) 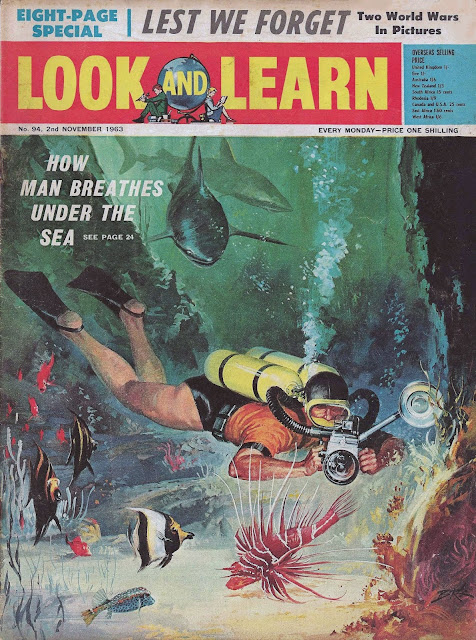 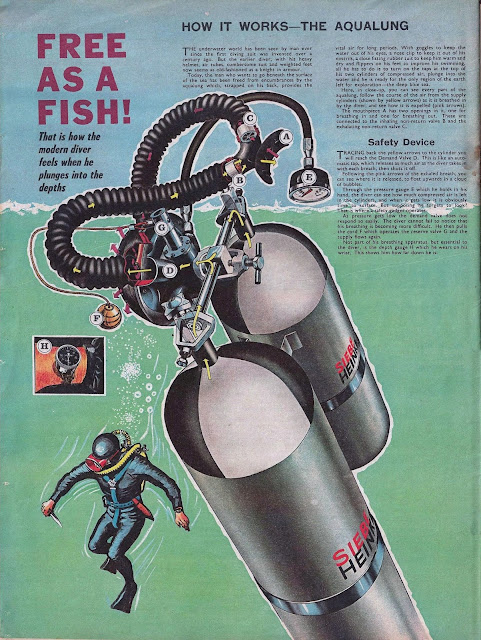 I was interested to see the manifold depicted here with a yoke/A-clamp on each cylinder valve as I've never seen one like that before, although I have seen pictures of that style of valve with the knob on the top. Here's a modern manifold as a comparison:

I'm not sure who provided the interior art but the cover was by Barrie Linklater (1931-2017). Born in Birmingham, he attended Woolwich Polytechnic School of Art and began his career with a London studio. I think this must have been the period when he produced work for Look and Learn. Following a four-year spell in Australia working as a freelancer he returned to London where he worked as a portrait artist.

In 1975 he was commissioned by the Welsh Guards to paint a portrait of HRH the Duke of Edinburgh. Prince Philip himself suggested that Linklater include his ceremonial horse in the portrait and then commissioned him to produce a painting of the Queen's favourite mares and foals as a gift for her Silver Jubilee. This commission immediately lifted him into the top tier of equestrian artists and 13 of his paintings are in the Royal Collection. His website is currently still active if you'd like to see more of his work.

Email ThisBlogThis!Share to TwitterShare to FacebookShare to Pinterest
Labels: Look and Learn 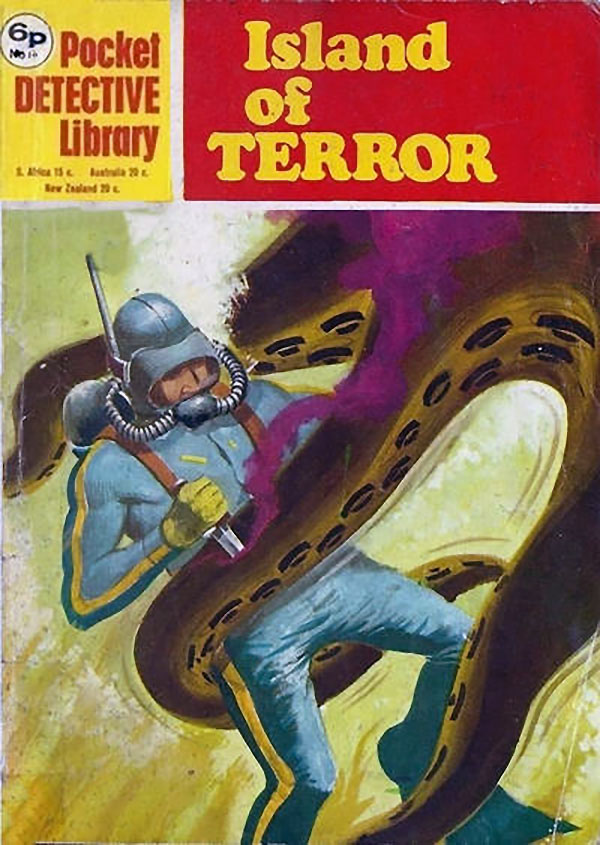 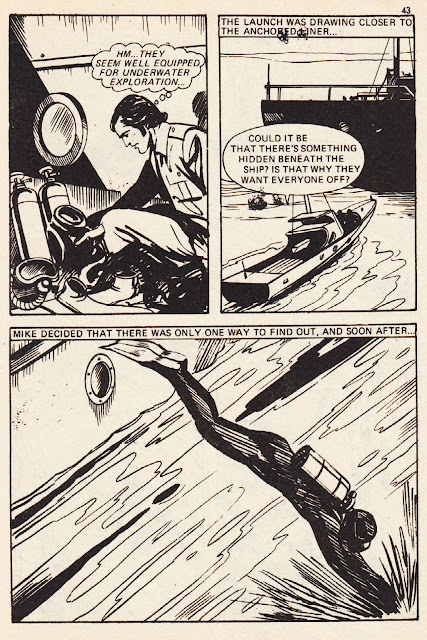 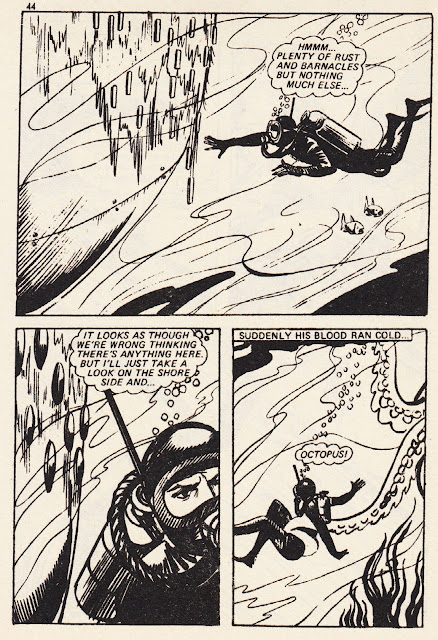 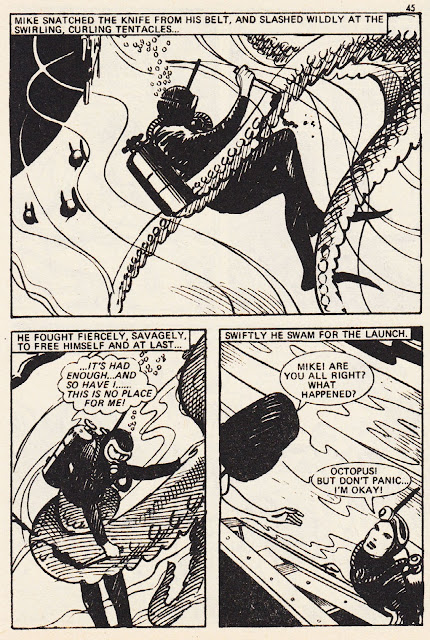 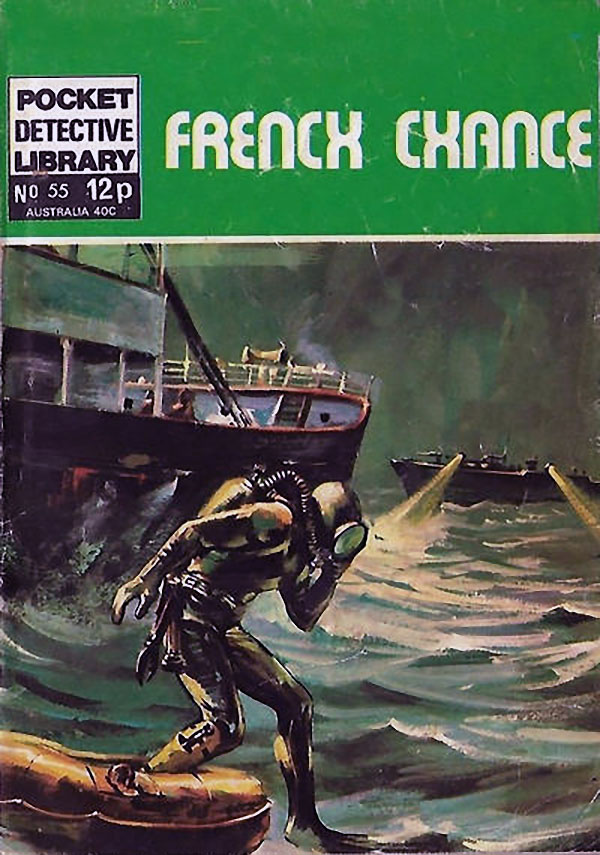 The Familiar Art of Diving - It's That Girl Again

Michael Hawk was an investigative reporter with access to a criminal fortune who appeared in appeared in 14 books published during 1980-81. I can only assume author Dan Streib didn't need to eat or sleep! The final book in the series was called The Treasure Divers but didn't feature any diving action on the cover. Book three, The Power Barons, did however. Thanks to Chris for the cover scan. (Click for larger image). 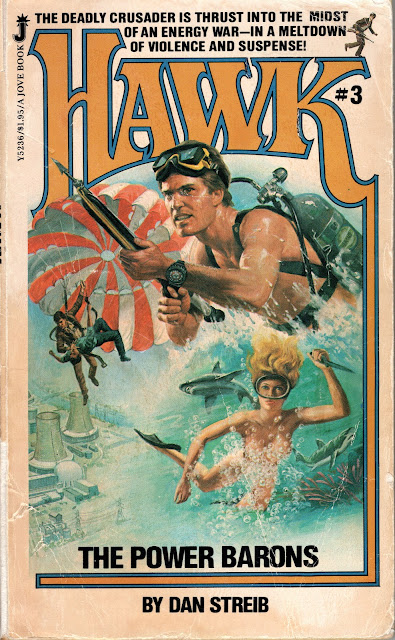 Long time Art of Diving followers might find the girl on the cover looks familiar. 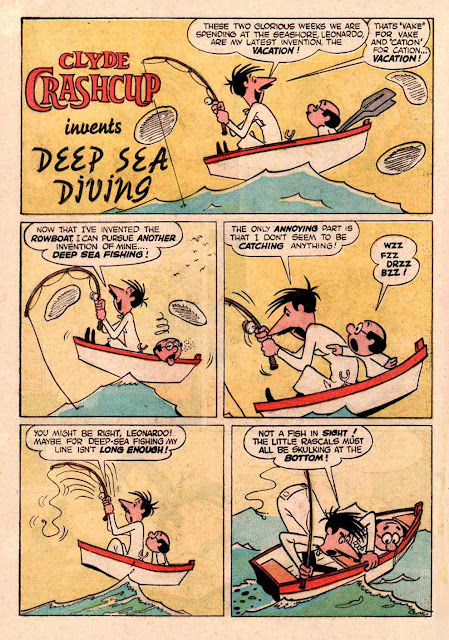 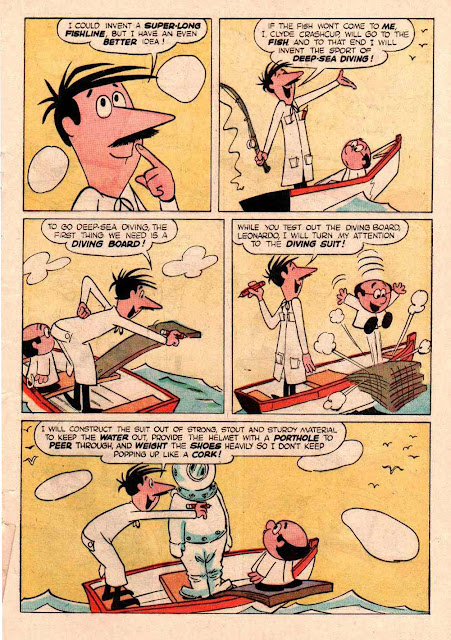 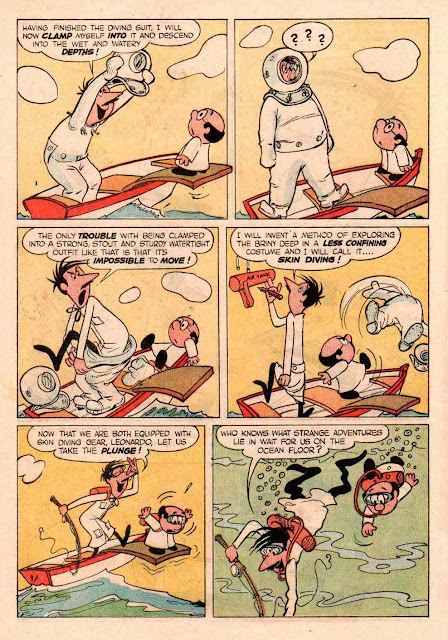 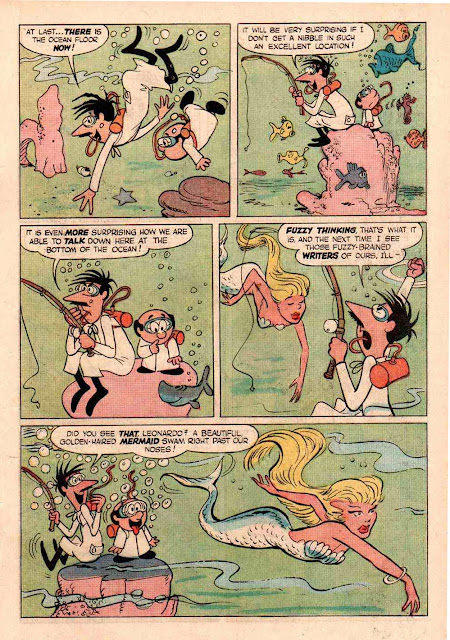 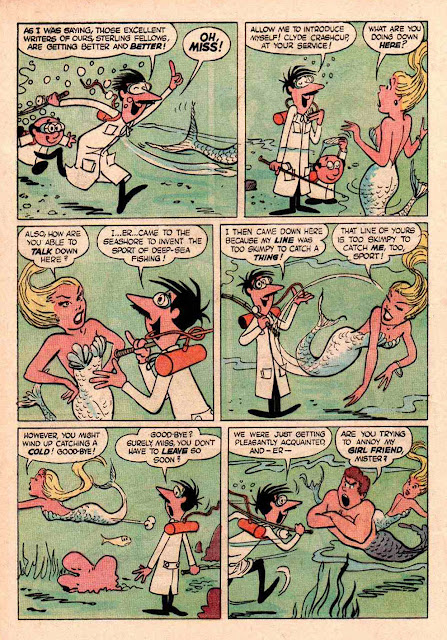 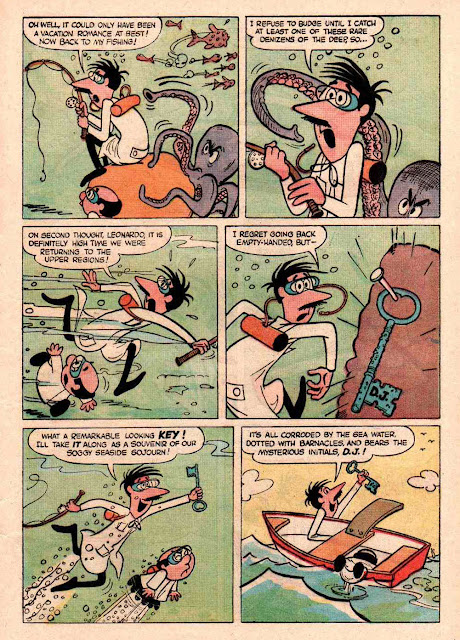 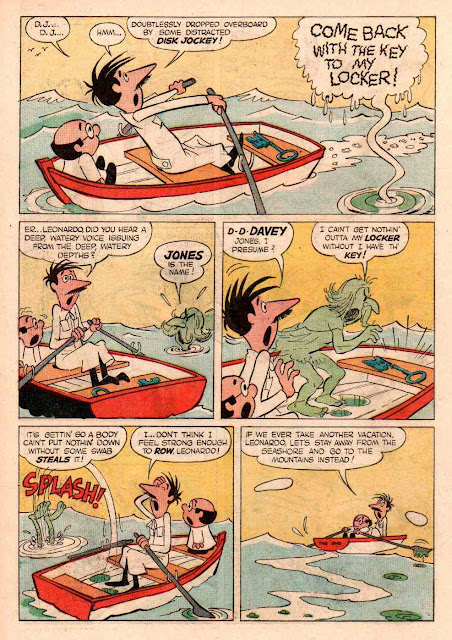 The Commercial Art of Diving - Four from the Fifties

Just a quick one today featuring four ads from the 1950s.Unfortunately I don't have any information about the artists involved. 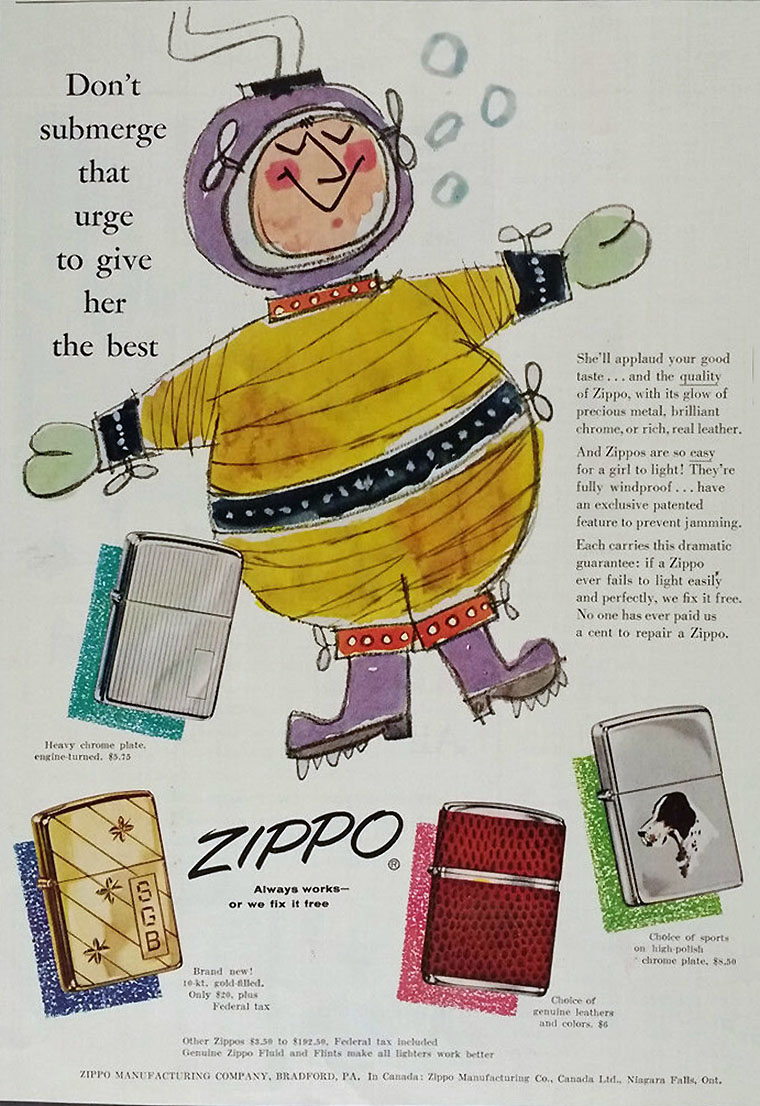 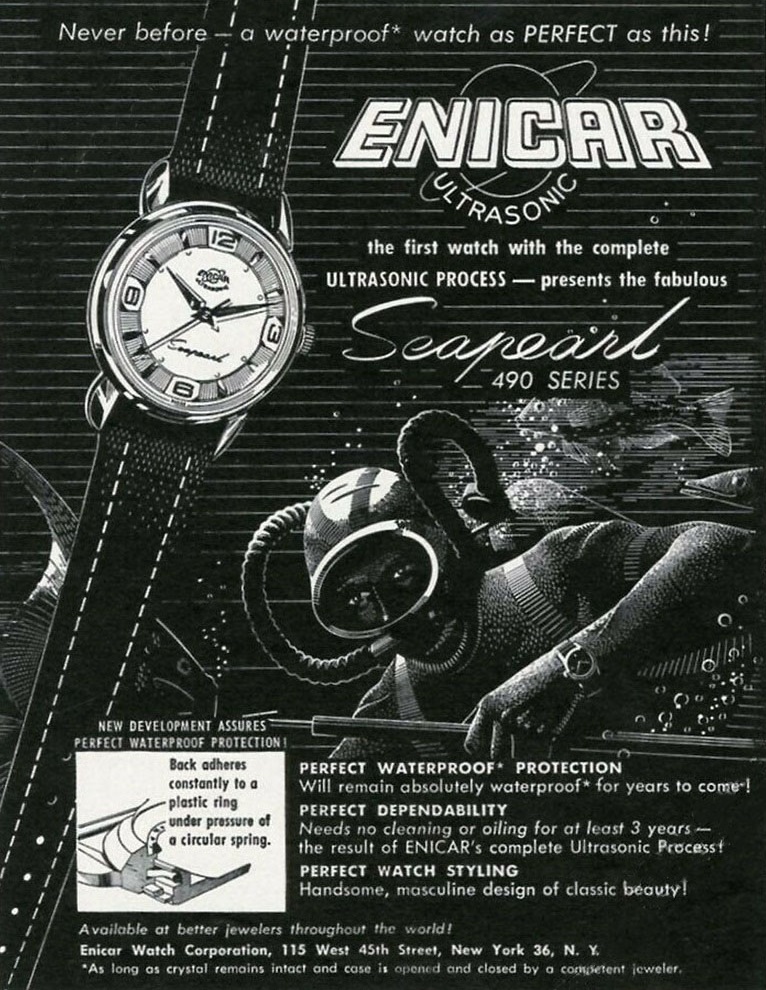 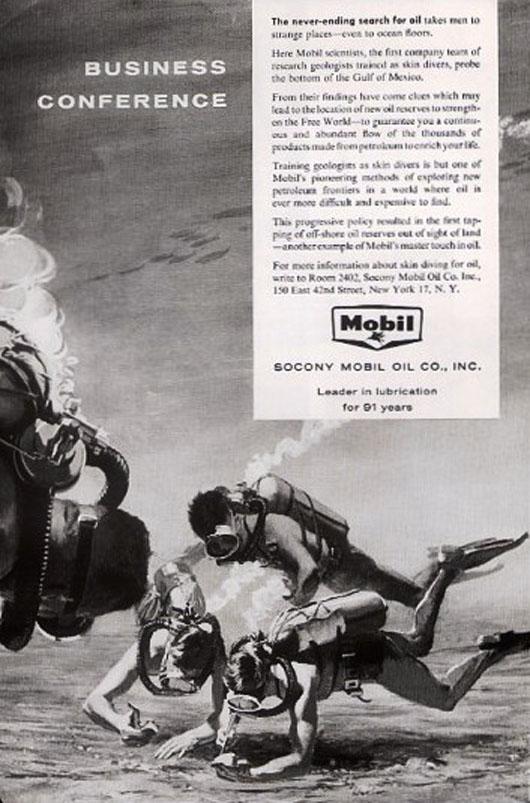 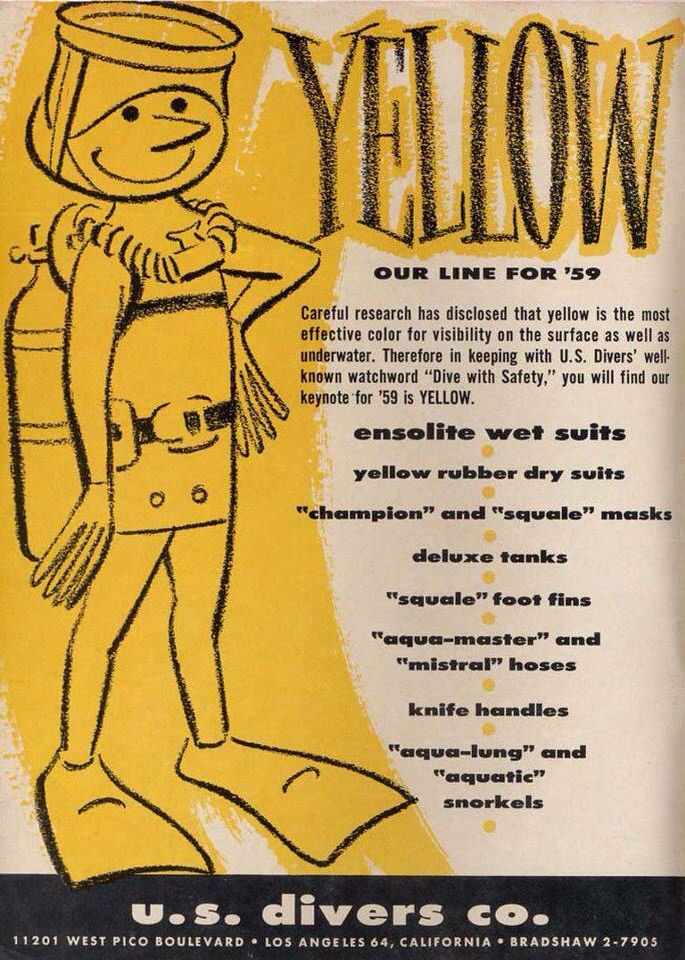