Guardian of the Reef

Today's comic strip comes from the 1960 Express Super Colour Annual and features some early work by one of the great British comic artists whose work has spanned seven decades! This early example is very different from the style that most fans are familiar with so I won't name him until you've looked at the strip. See if you can guess who it is! 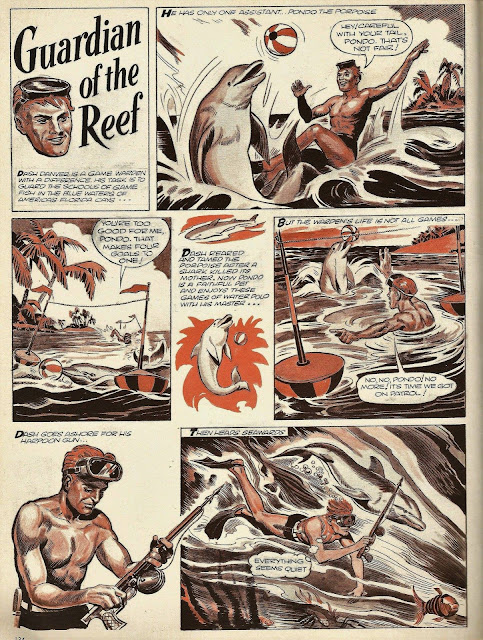 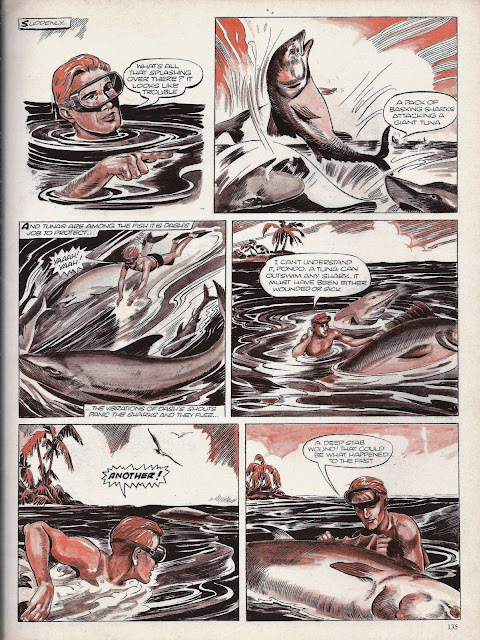 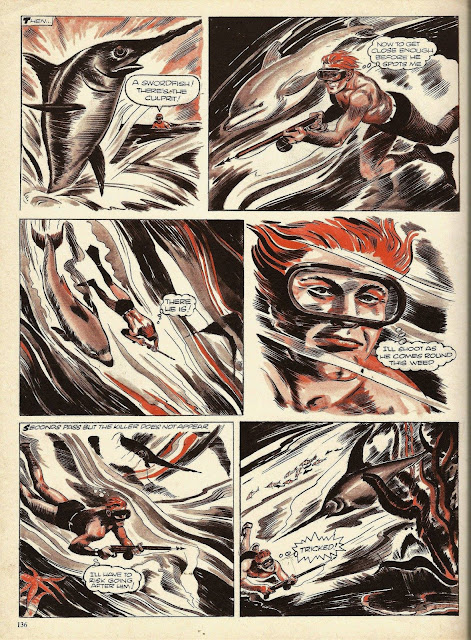 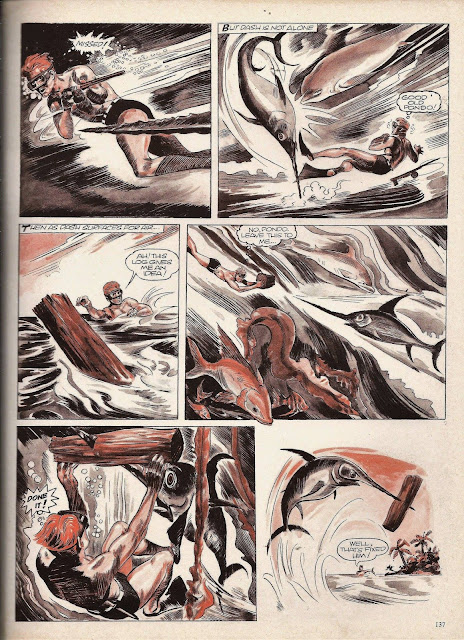 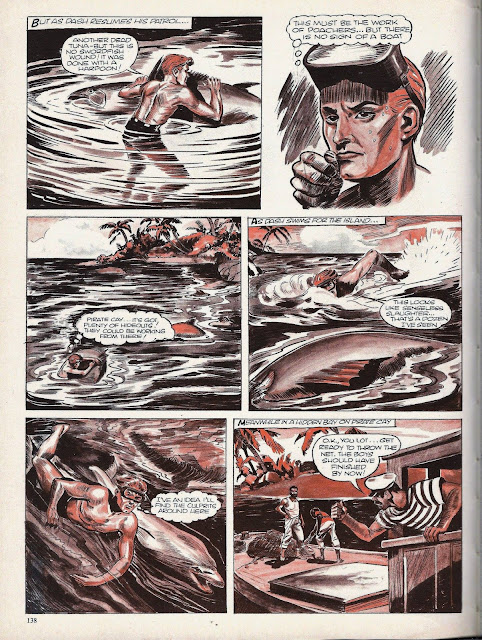 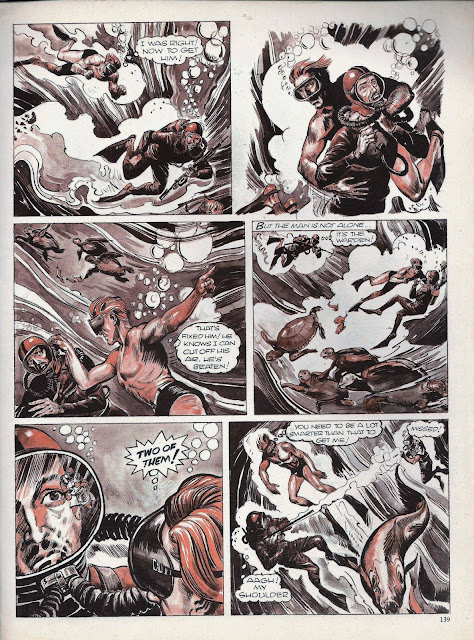 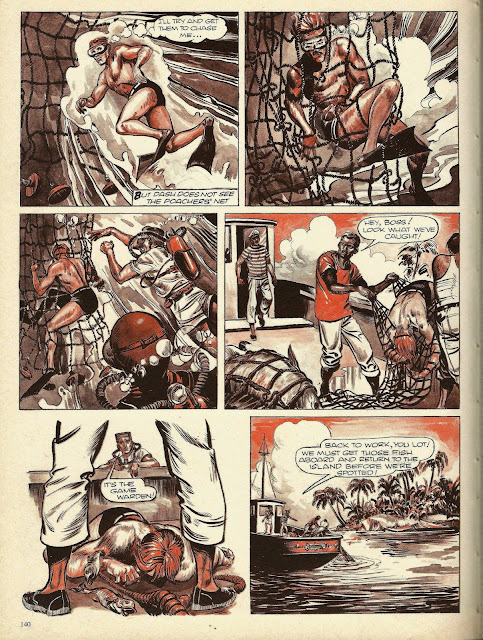 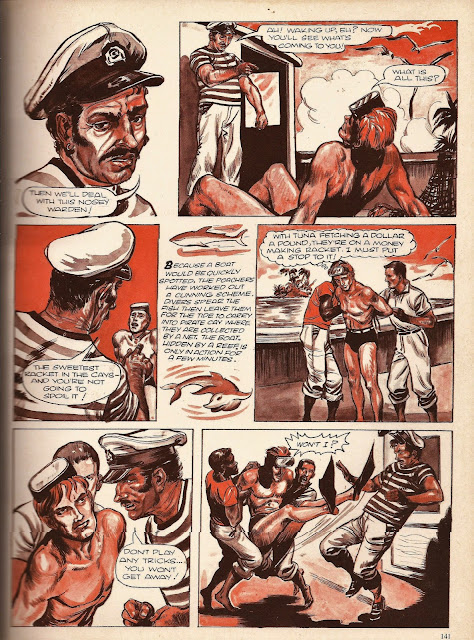 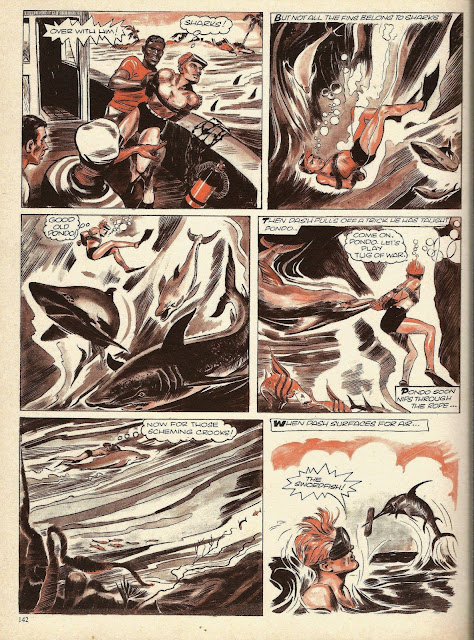 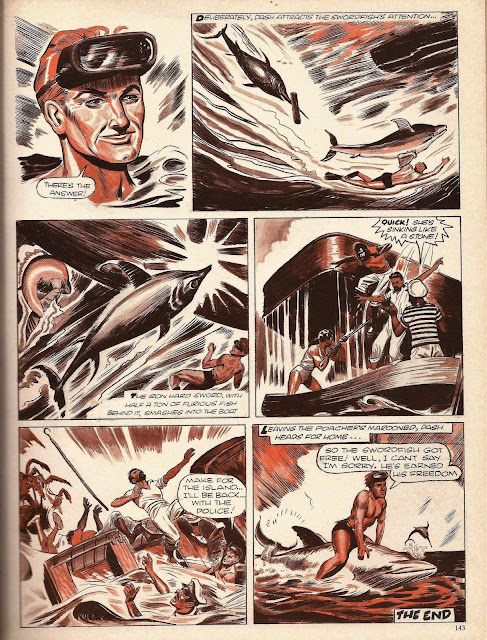 John M. Burns (1938- ) began his career working for Junior Express and School Friend in the mid-1950s. His body of work is far too big to list here but I'll give you some of the highlights:

And that's just scratching the surface!

Thanks to Colin from the John M. Burns Art  Facebook group for the scans of Guardian of the Reef.