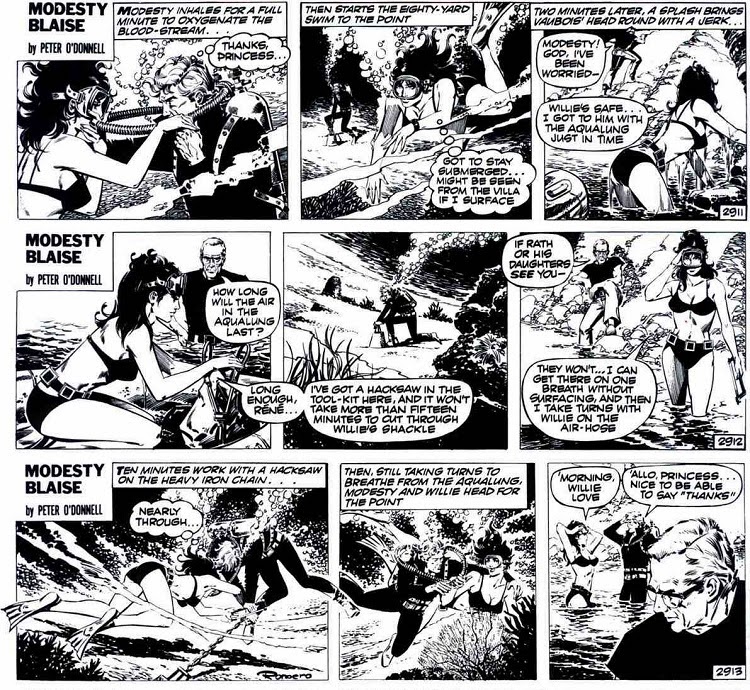 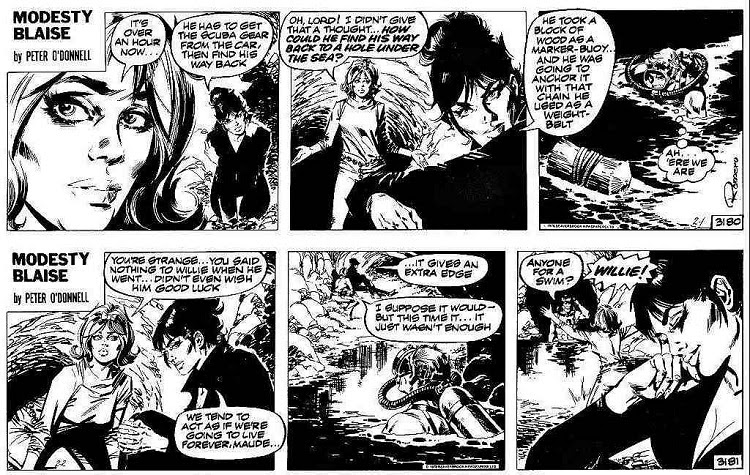 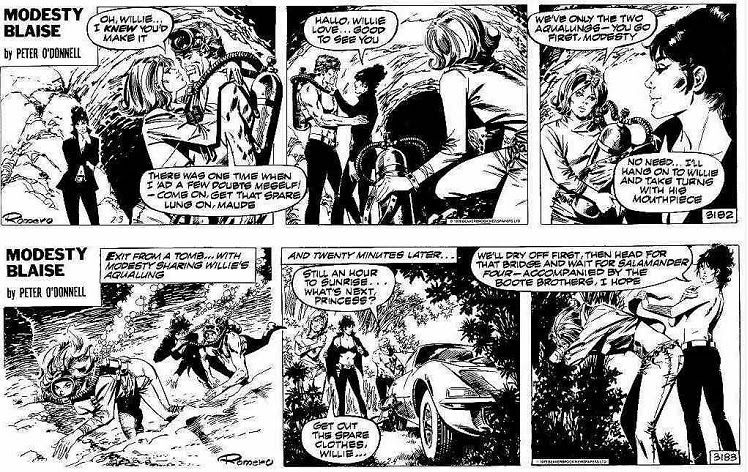 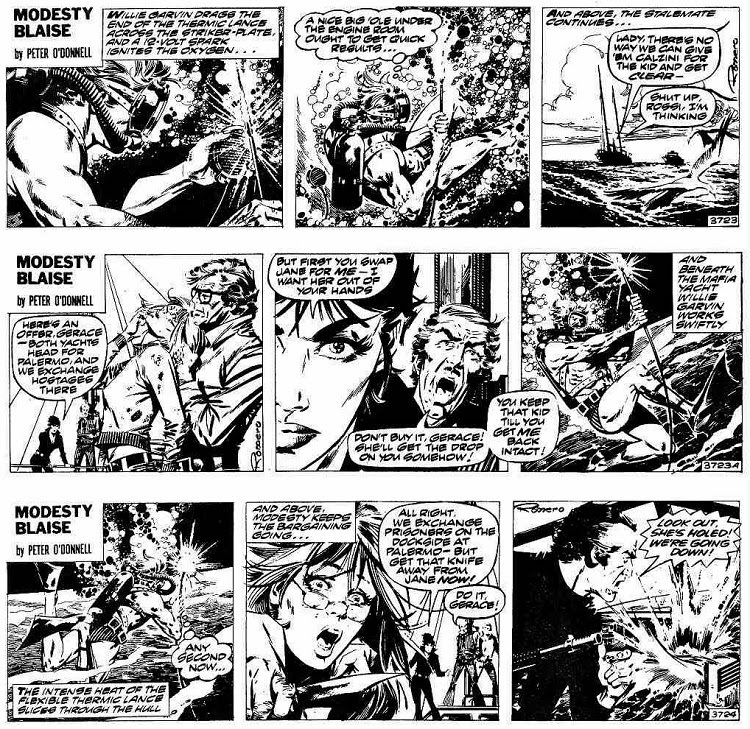 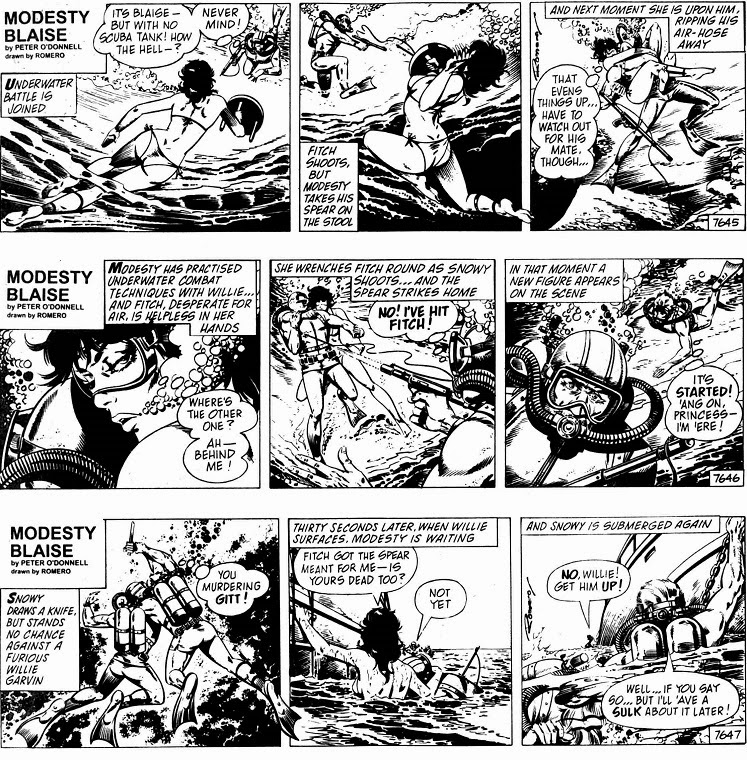 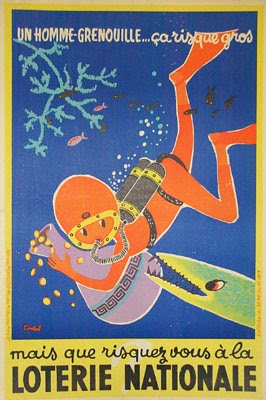 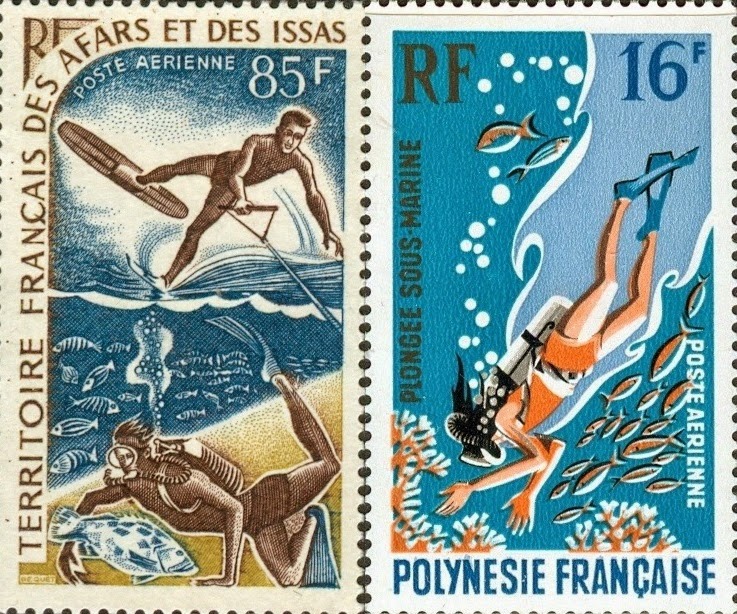 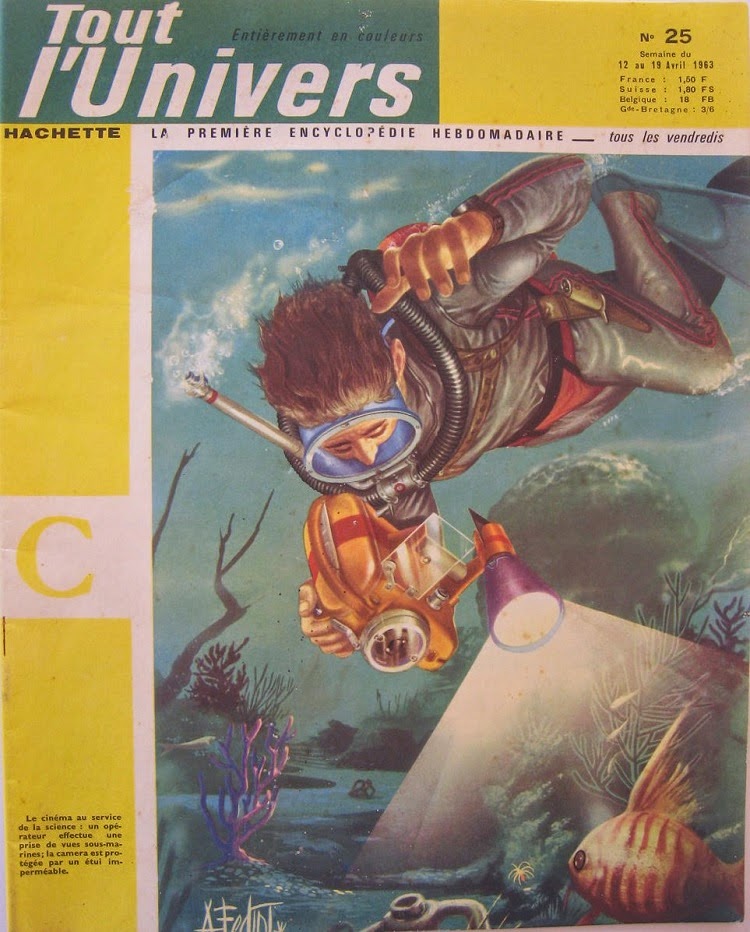 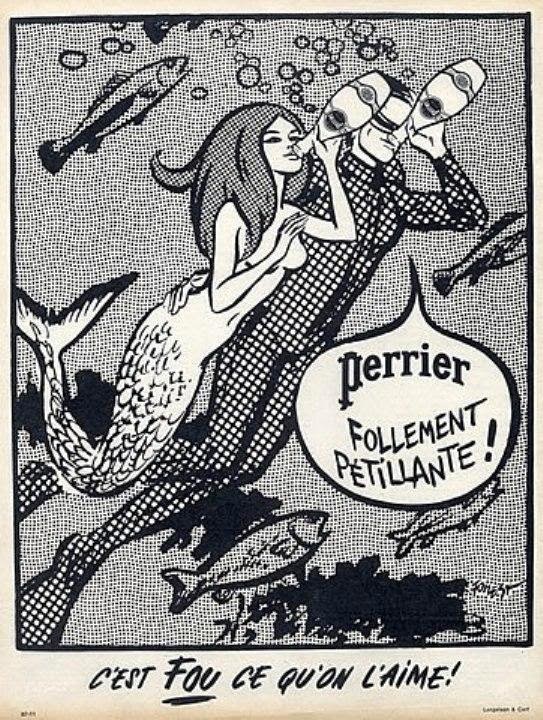 The Inaccurate Art of Diving

This blog features the work of many talented artists but sometimes they don't get things quite right when it comes to diving.

I'm a huge fan of Archie artist Dan DeCarlo but he had a habit of drawing hoses coming directly out of cylinders as shown on this 1964 cover. 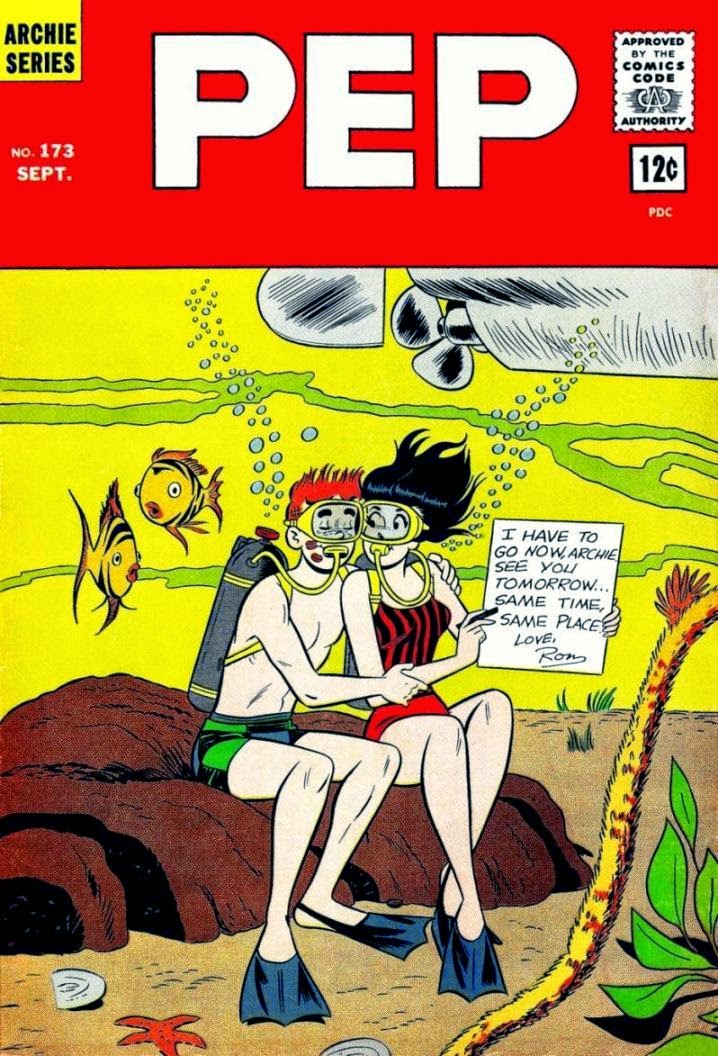 This 1965 example risked incurring the wrath of instructors everywhere by referring to flippers instead of fins! 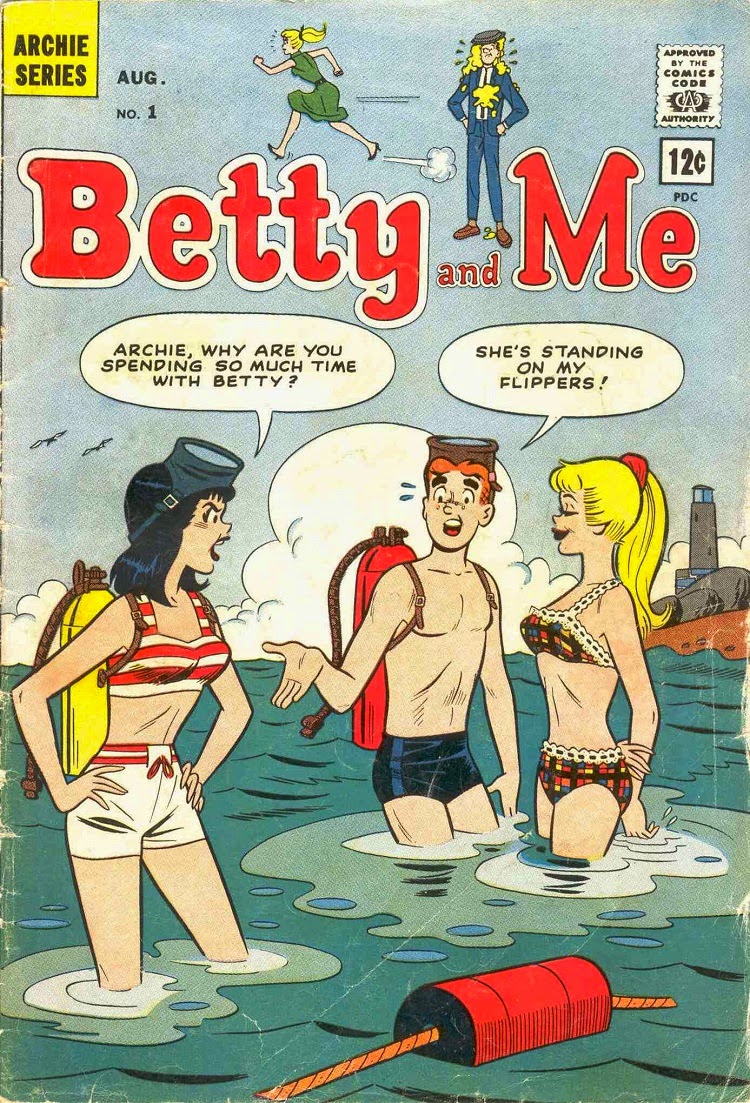 Steve Dillon must have used some old reference material when drawing The Punisher back in 2003 - no BCD, no octopus, no gauges - but the reason these panels are featured here is that mask. Ouch! Mask squeeze! 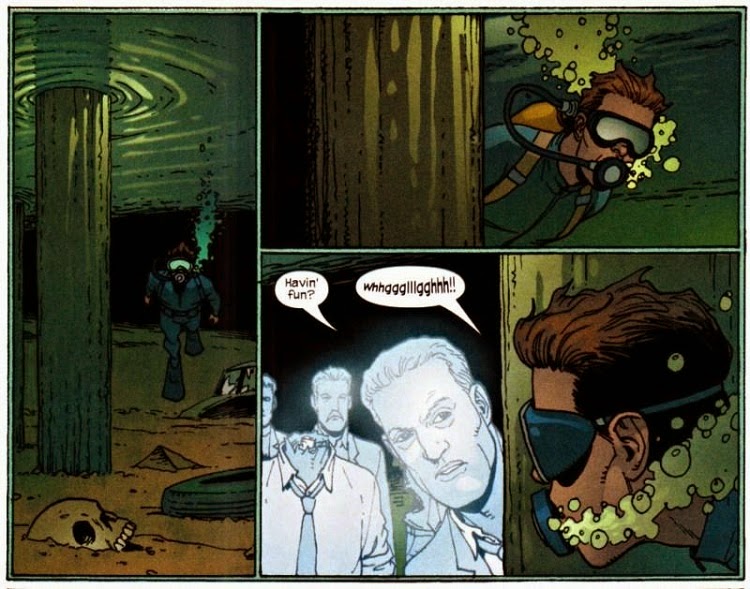 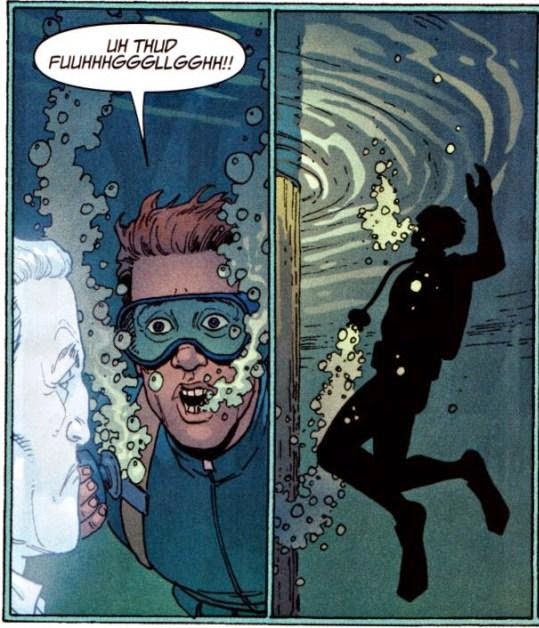 I know she's not wearing scuba gear but that's no excuse for Marc Silvestri drawing Lara Croft with her snorkel on the right. What do you mean, you didn't even notice the snorkel?! 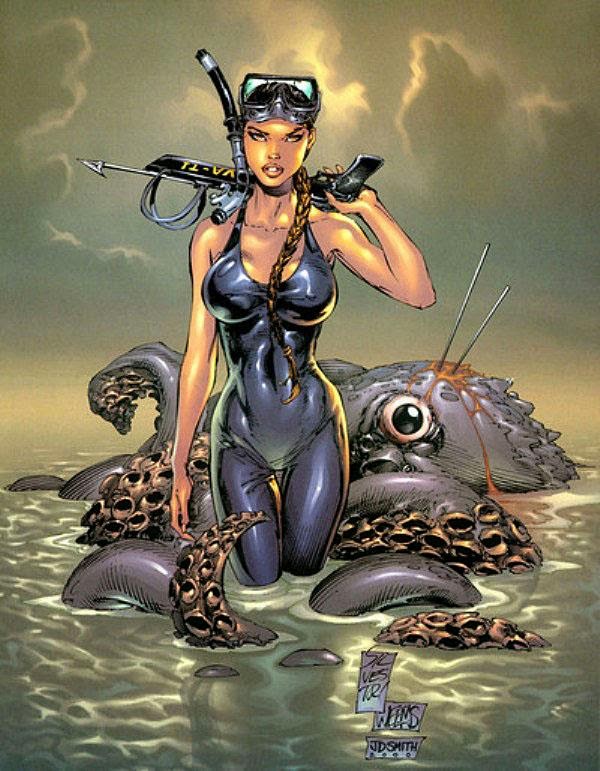 Now I don't want to upset any Americans reading this but can I just point out that it's aluminium! 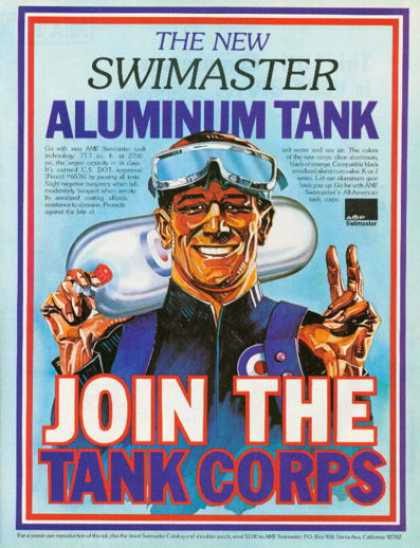 Finally, everyone knows that large, green monsters have five digits on each "hand", not the four shown here! (Okay, this was just an excuse to show this gorgeous Wally Wood cover from 1967). 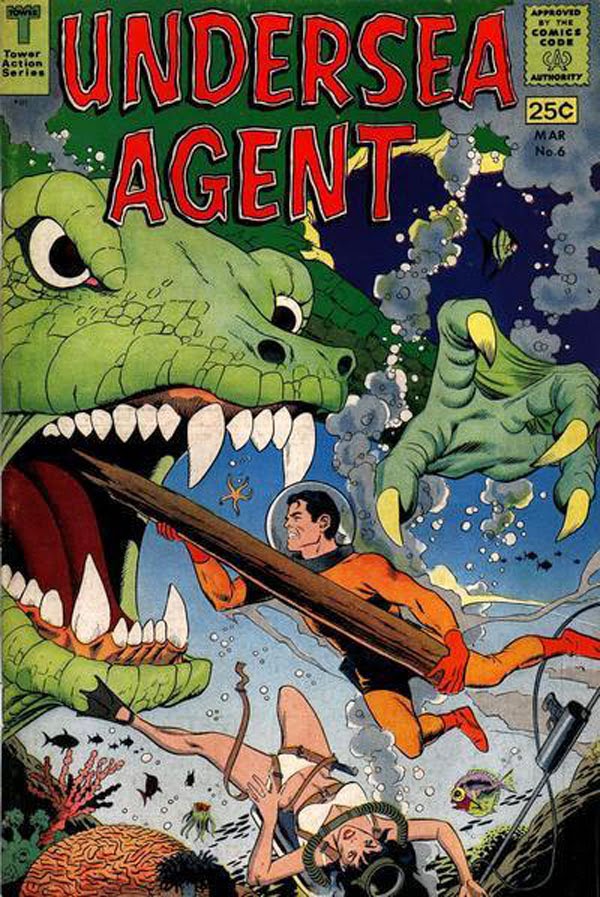 The Refreshing Art of Diving

Today's entry features three ads for 7-Up, dating from 1957, 1958 and 1961 respectively. Unfortunately I don't know the names of any of the artists. Please follow the example of the orange diver in the third ad and only drink alcohol when you've finished diving! 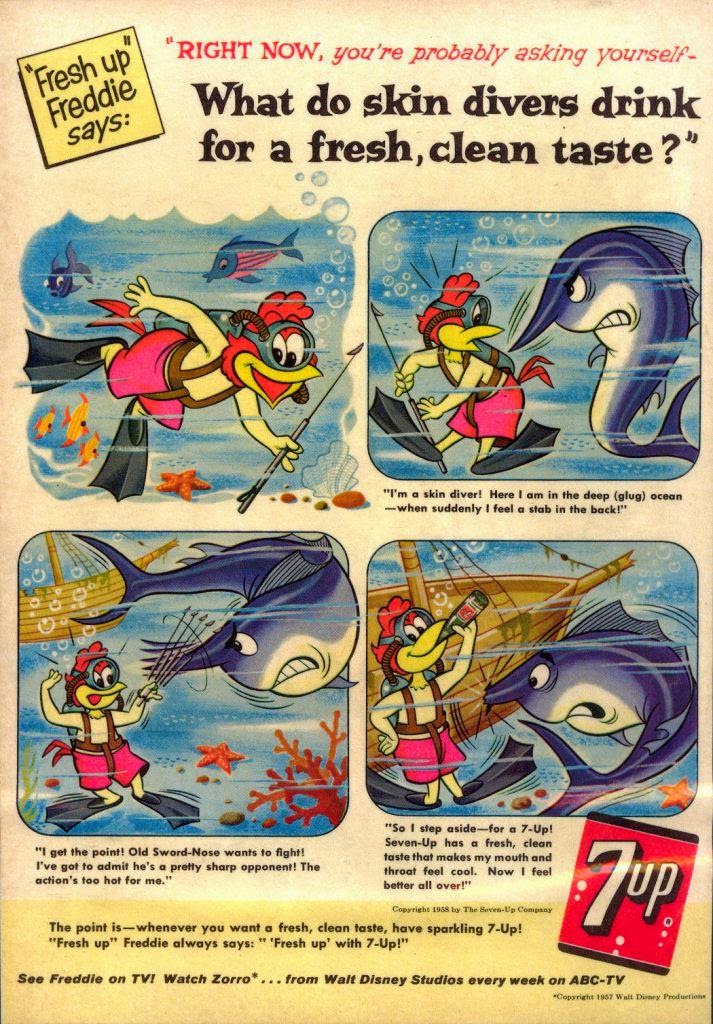 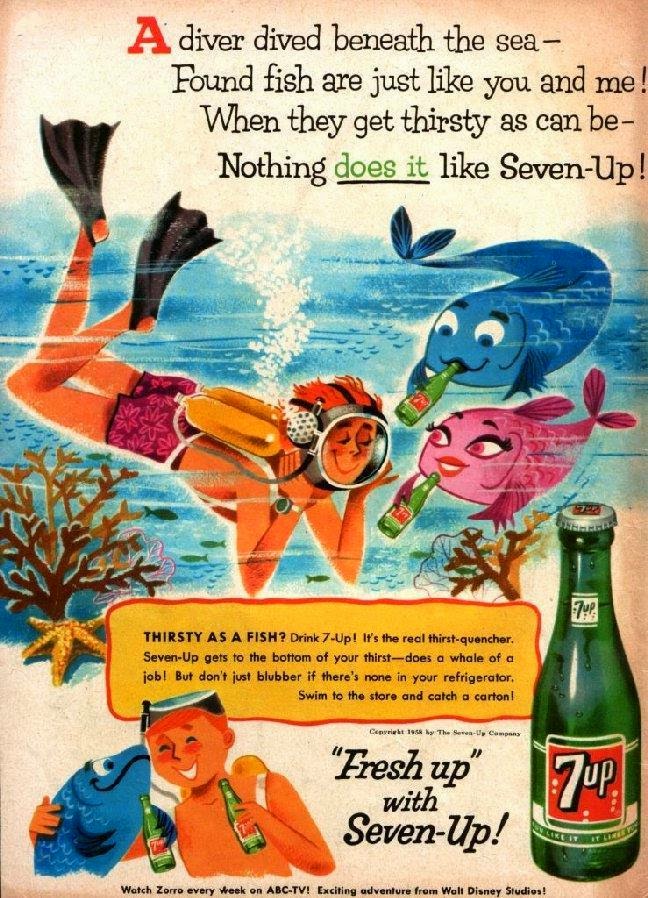 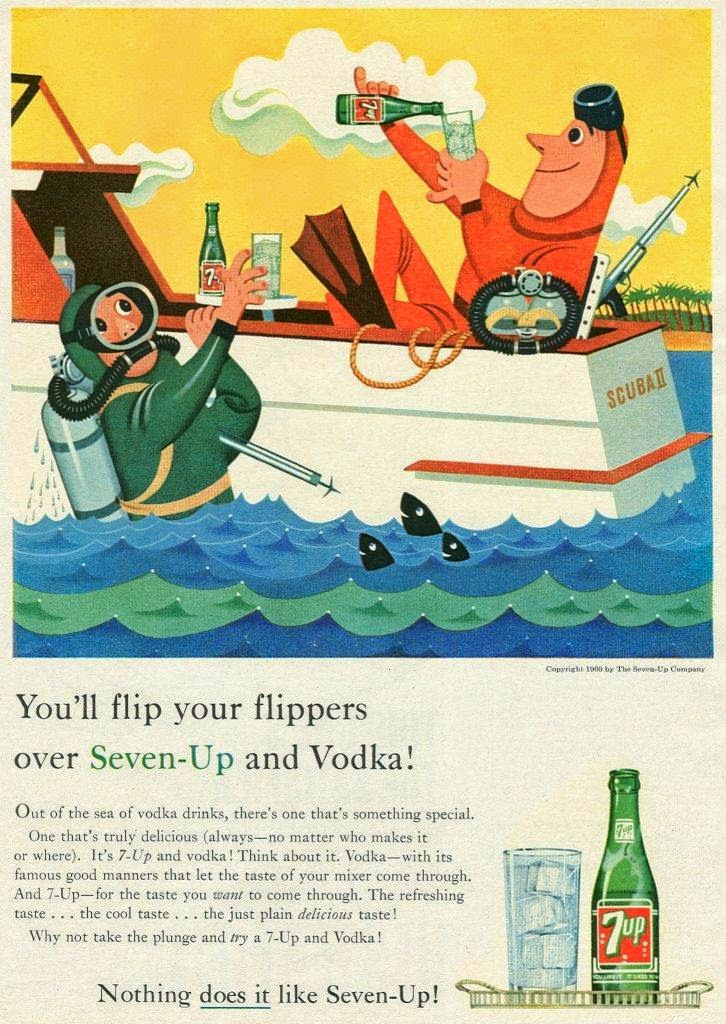 Email ThisBlogThis!Share to TwitterShare to FacebookShare to Pinterest
Labels: 7-Up, Ads

The Monstrous Art of Diving

The cover to Warren Publishing's Eerie magazine issue three, published in 1966, is by the late Frank Frazetta. 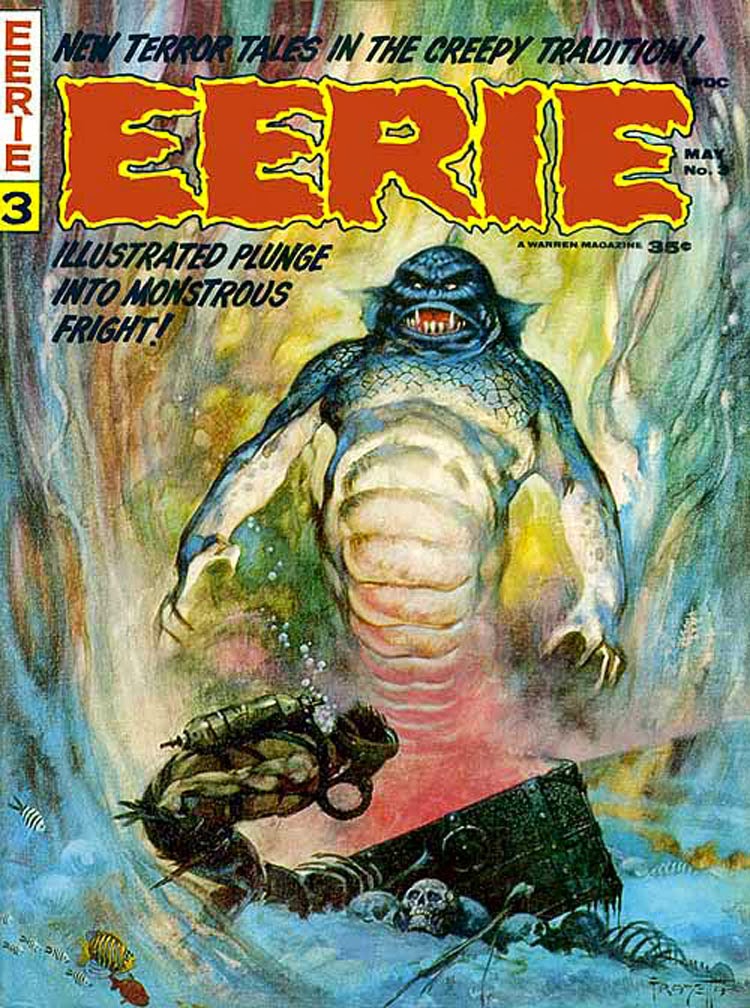 Born in Brooklyn in 1928, Frazetta began working in comics as a studio assistant aged 16. He worked in a variety of genres for a number of publishers including National (later to become DC) and the infamous EC Comics. He also worked on various daily strips including Al Capp's L'il Abner.

In the 60s he moved on to film posters and book covers. Film posters included those for What's New Pussycat?, The Night They Raided Minsky's and Clint Eastwood's The Gauntlet. His book covers included such famous characters as Conan, Tarzan and John Carter. He also produced covers for Warren's range of magazines as well as illustrating a few stories. He later worked with animator Ralph Bakshi on the 1983 film Fire and Ice and his work appeared on album covers for various bands including Molly Hatchet and Nazareth.


Nightmare was the first of several magazines produced by short-lived 70s publisher Skywald. The cover below, from 1971, is by Peruvian artist Boris Vallejo. 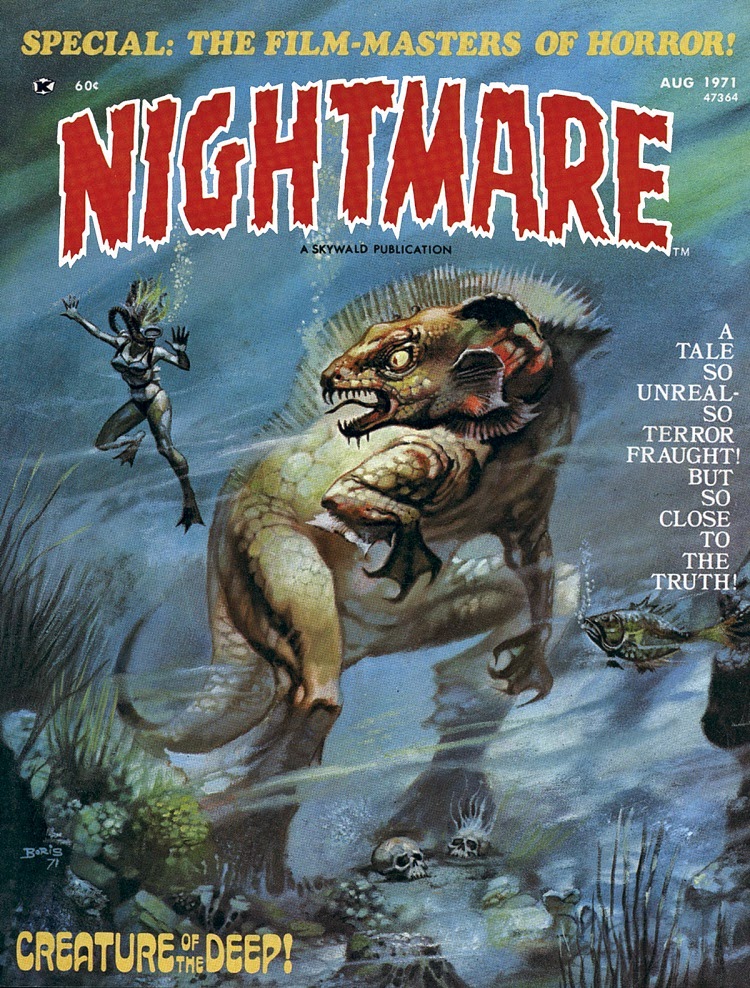 Boris Vallejo was born in Peru in 1941. He was already working as an artist when he emigrated to the United States in 1964. He became a popular cover artist on books featuring the likes of  Tarzan, Conan and Doc Savage. He used extensive photographic reference for his figures, often posing for the male characters himself. His first wife, Doris, posed for many of his female characters. He now works with his second wife Julie Bell and you can buy prints of his work from their website. 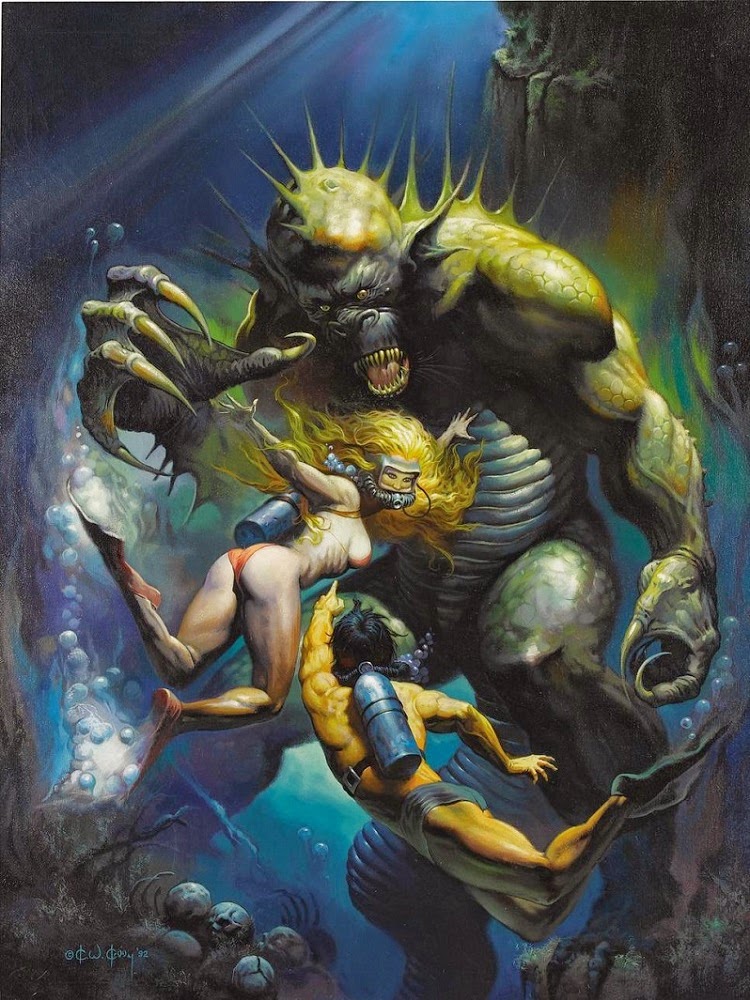 Born in 1946, Ken W Kelly is the nephew of Frank Frazetta's wife Eleanor. Like Frank and Boris, Ken has painted Conan and Tarzan but he's possibly best known for his album covers for heavy metal giants Kiss. He also painted the iconic cover for the album Rainbow Rising. You can purchase Ken's work here.