There's not a lot I can say about the subject of today's entry I'm afraid. This cloth from the 1950s was recently for sale online but that's all I know about it! 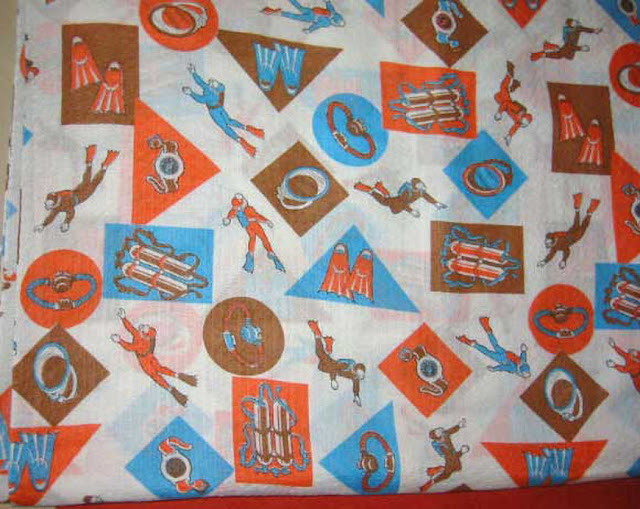 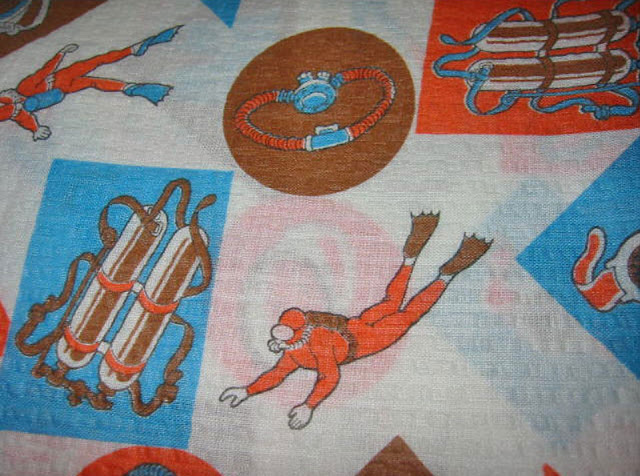 Two of a Kind - That Riviera Touch

"Two of a Kind" posts have been a regular feature of this blog but today that title is particularly fitting as it concerns much-loved British comedians Morecambe and Wise who appeared in a series of that name for ITV from 1961-1968. During the same period they made three feature films, the second of which was That Riviera Touch (1966). There were no underwater sequences in the film but Eric Morecambe and co-star Suzanne Lloyd were both seen in scuba gear and this featured in the poster artwork.

This British quad poster was painted by Italian artist Arnaldo Putzu (1927-2012) who produced artwork for numerous Italian and British films. His work included the Carry On series, Get Carter and Hammer films such as Creatures the World Forgot and The Legend of the Seven Golden Vampires. He is known to a generation of young readers as the cover artist of Look-in (the junior TV Times) from 1973-1981. (Click for a larger image). 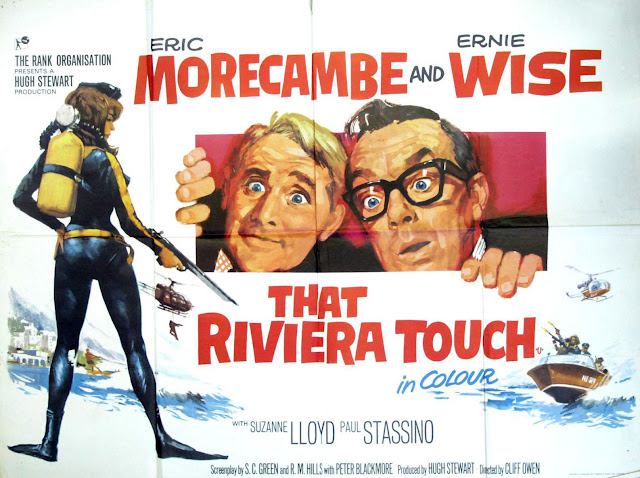 Interestingly, the Putzu poster is completely different to the other artwork produced for the film which featured Eric in his scuba gear. This one-sheet (artist unknown) is one of a number of variations produced of this design. 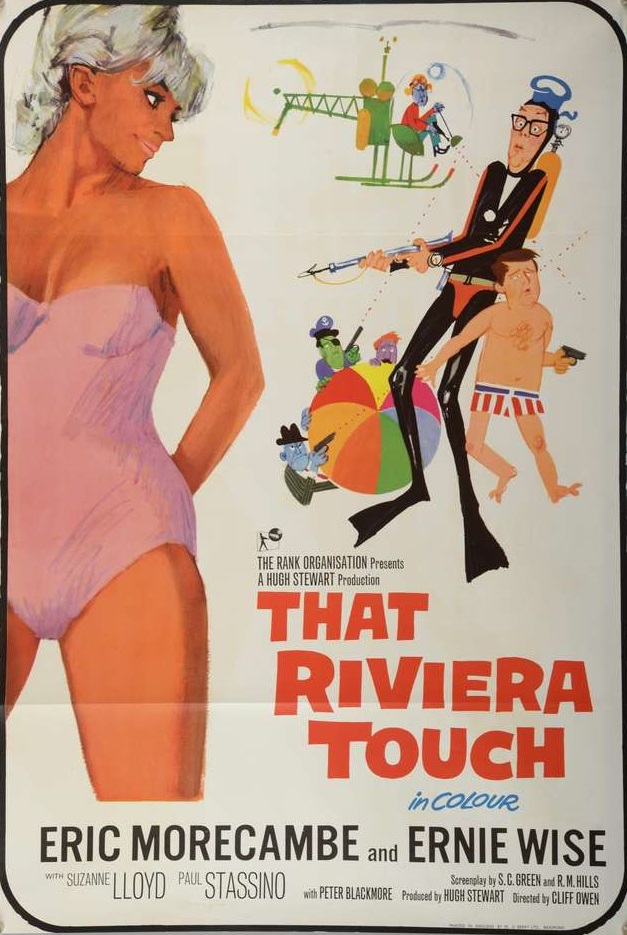 Below, as a bonus, you can see the cover of the press brochure and a couple of the print ads that cinema managers could place in their local papers when they were running the film. These brochures would be sent out for all films and showed what posters, stills and other publicity materials were available. This was in the days when most cinemas had a single screen and had space to display FOH stills (Front of House, also known as Lobby Cards) in addition to the poster. 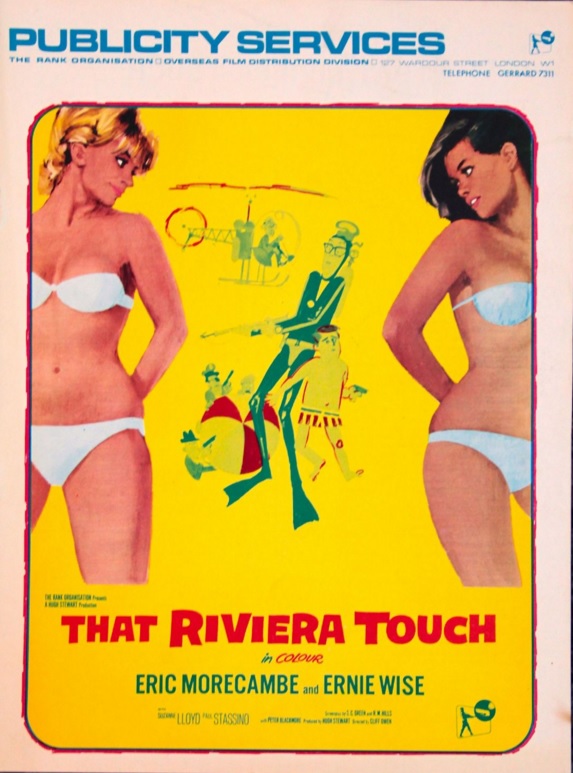 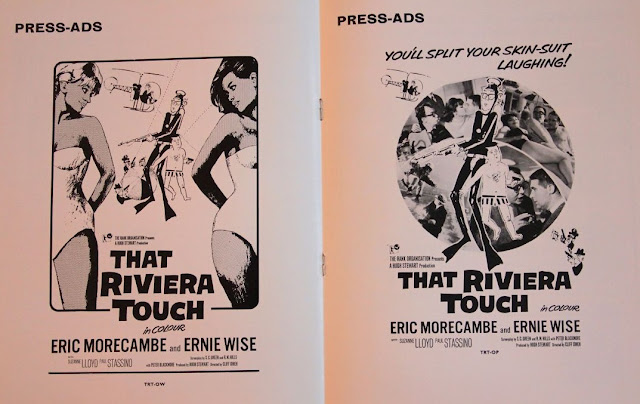 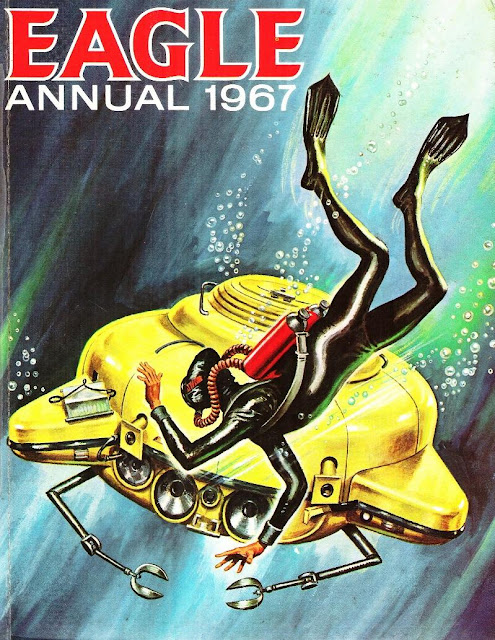 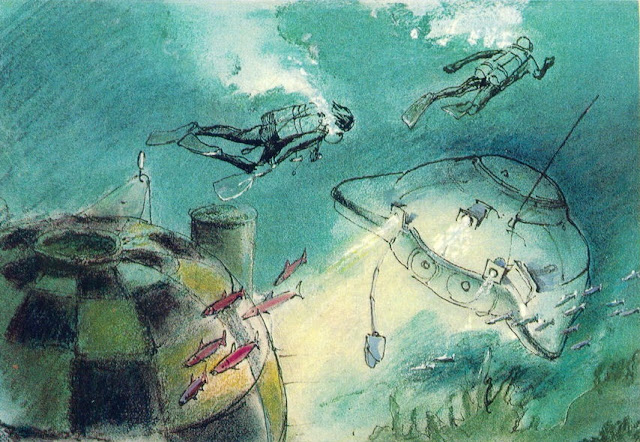 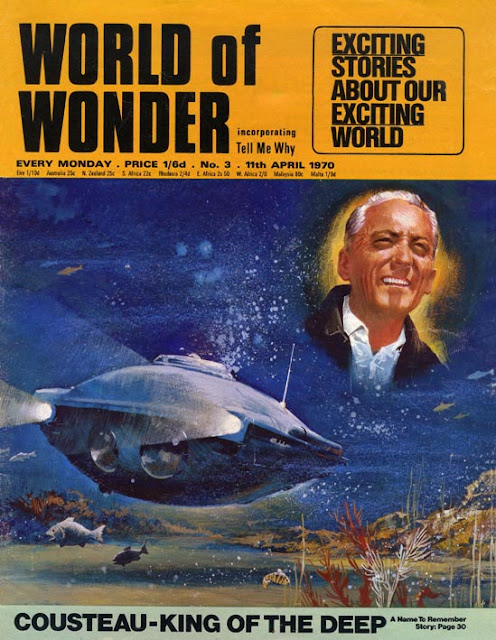