Diving. The Art of Diving.

Today I'm bringing you a selection of covers for Ian Fleming's Thunderball.

The genesis of Thunderball is quite complicated so, although it's somewhat outside the remit of this blog, I'll give a brief summary here as it may be of interest. In 1958, several years before United Artists began the Bond film series with Dr No, Fleming and his friend Ivar Bryce began talking about a possible movie with Bryce introducing Fleming to writer/director Kevin McClory. Along with Bryce's friend Ernest Cuneo, they began working on the story in May 1959. McClory was interested in the underwater world and wanted to include it in the film. Numerous drafts were completed and potential titles included James Bond of the Secret Service, SPECTRE and Longitude 78 West.

With Fleming busy on other projects, McClory recruited screenwriter Jack Whittingham who produced a finished script called Longitude 78 West. Fleming changed the name to Thunderball and declared his intention to submit the script to MCA, with McClory to be recommended as producer. In early 1960 Fleming proceeded to write a novel based on the script. The following year McClory saw an advance copy of the book and immediately launched a legal action to prevent its publication. This was unsuccessful and the book was published in March 1961 but the ruling left scope for further action by McClory.

In 1963, with Fleming unwell following a heart attack, an out of court settlement was reached. McClory was granted literary and film rights to the screenplay while Fleming retained the rights to the novel although there was a stipulation that it carry the statement "Based on a screen treatment by Kevin McClory, Jack Whittingham and the Author." McClory was involved with the Eon Productions film of Thunderball but had to agree not to produce any further versions of the story for ten years. In 1983, in addition to Eon's Octopussy, cinema-goers were able to watch Sean Connery return to the role of  James Bond in Never Say Never Again which was based on the original script credited to McClory, Whittingham and Fleming.

Phew! Still with me? Right, let's look at some nice book covers! (Click for larger images)

The original first edition didn't depict any diving on the cover but this edition from the Book Club, also published in 1961, did. I can't make out the artist's signature I'm afraid. Any one out there know who it was? 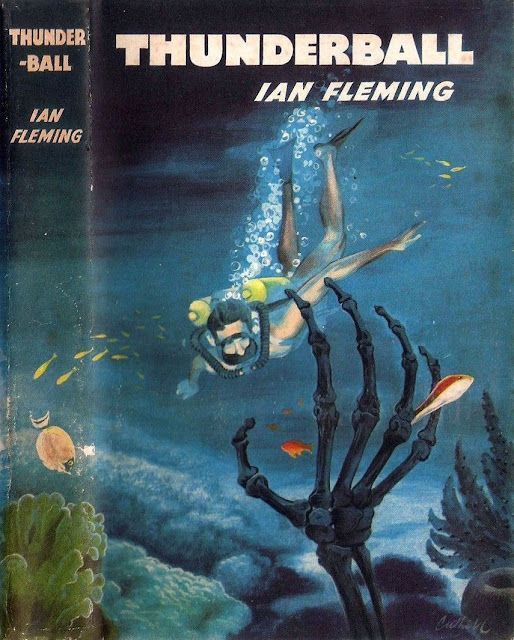 In December '61 Argosy magazine published an abridged version of the novel. It didn't make the Christmas themed front cover but artist Gil Cohen produced this interior illustration. Born in 1931, Cohen is now known for his aviation art but previously worked in men's adventure magazines and also painted book covers, including Don Pendleton's The Executioner series. 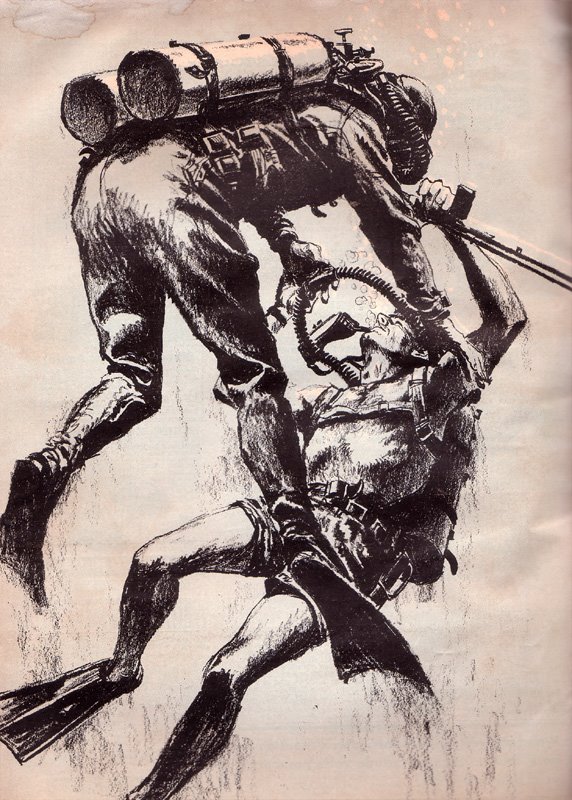 This paperback edition first appeared in 1962. It was reprinted numerous times with occasional variations so I'm not sure which printing this copy is. Art by Barye Phillips (1924 - 1969). Nicknamed "The King of Paperbacks" he was prolific throughout the 40s, 50, & 60s. He was also a sculptor and in the mid-40s had produced illustrations for the Famous Fiction feature from the Bell Syndicate. 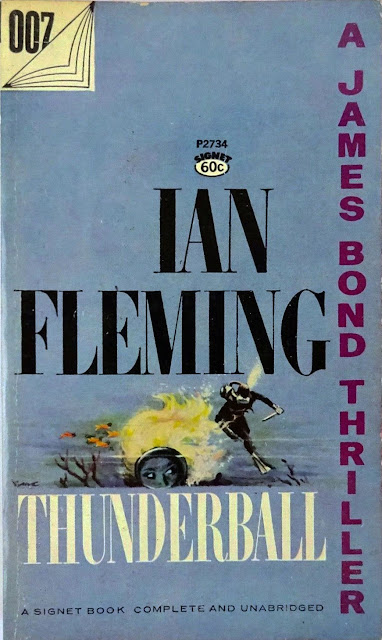 This Italian paperback was published in 1965 with the additional subtitle Operation Thunder. 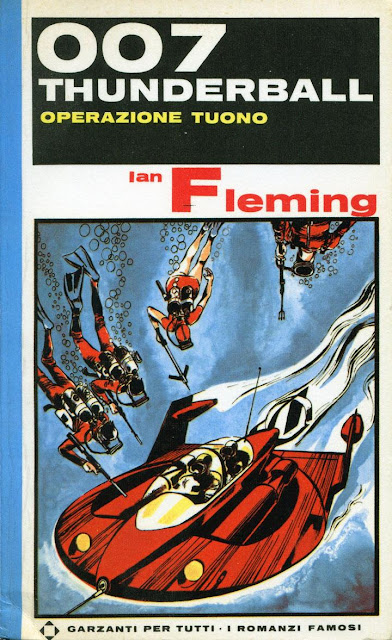 This Dutch edition from 1974 features a cover by Jos Looman (b1941). In addition to book covers and magazine illustrations, in the mid-70s he moved into comic strip illustration with one notable example being the story of Genghis Khan.in Pep. 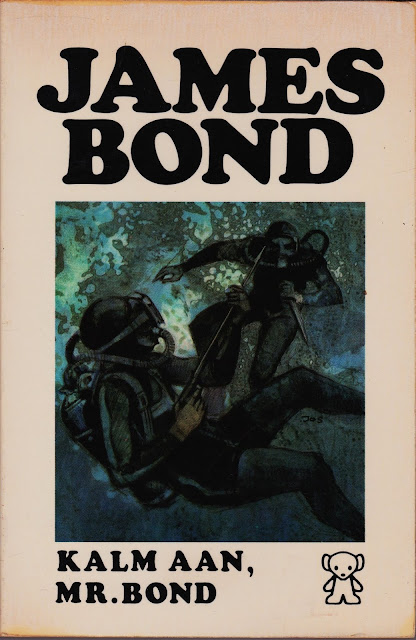 This Swedish first edition from 1962 has an unusual cover by Hans Arnold (1925 - 2010). Born in Switzerland, Arnold worked in Swedish magazine illustration throughout the 1950s, 60s and 70s. He's probably best known for his work on the annual Among Gnomes and Trolls books (Bland Tomtar och Troll) and for the Scandanavian cover for ABBA's Greatest Hits. 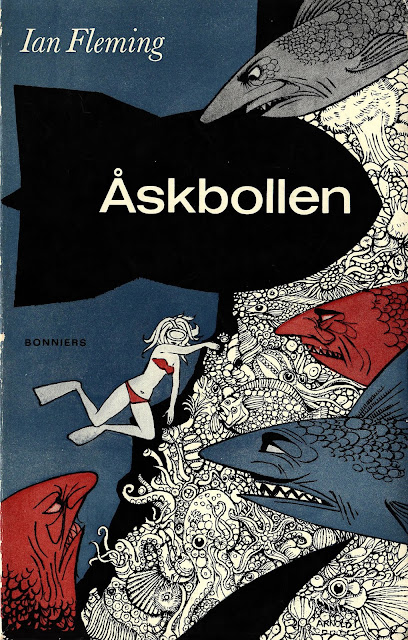 This 1966 paperback also hails from Sweden. 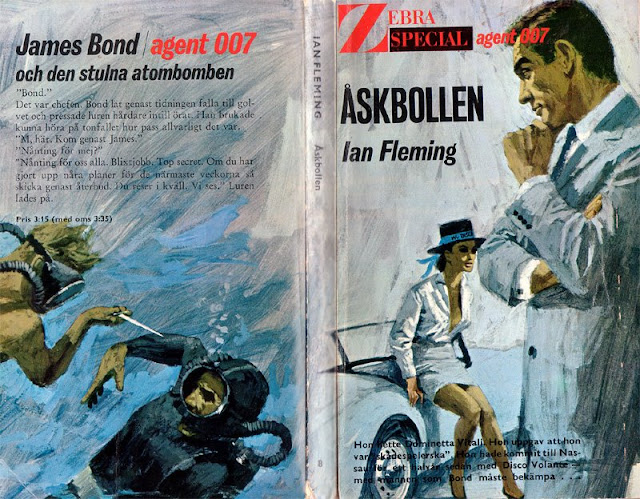 This 1989 paperback had a simple but dramatic cover painting... 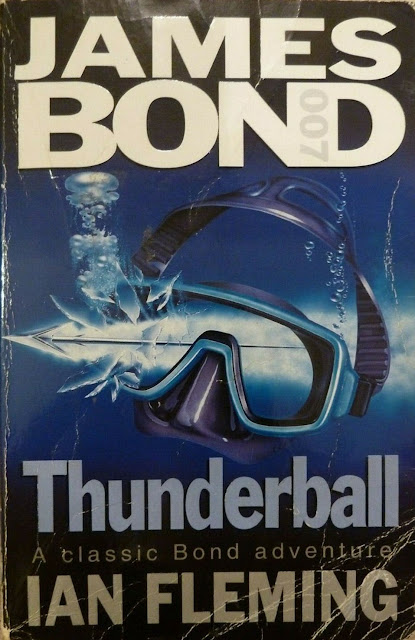 ...which seems to have inspired this 1999 Spanish edition. 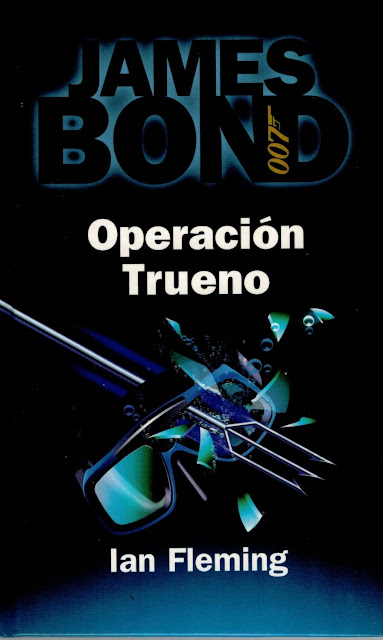 This striking 1997 cover is from the James Bond Classic Library edition. 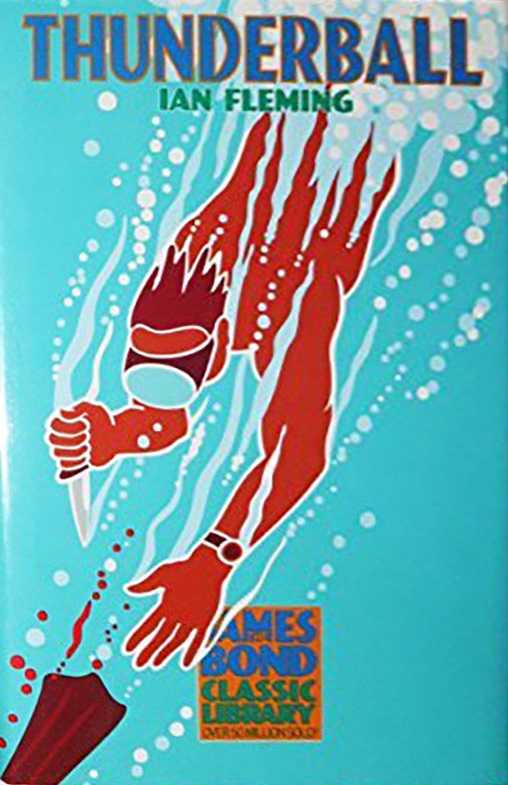 Many of the books featured here can be found for sale online but if you're really keen to own a copy then why not consider this brand new slipcased editon. 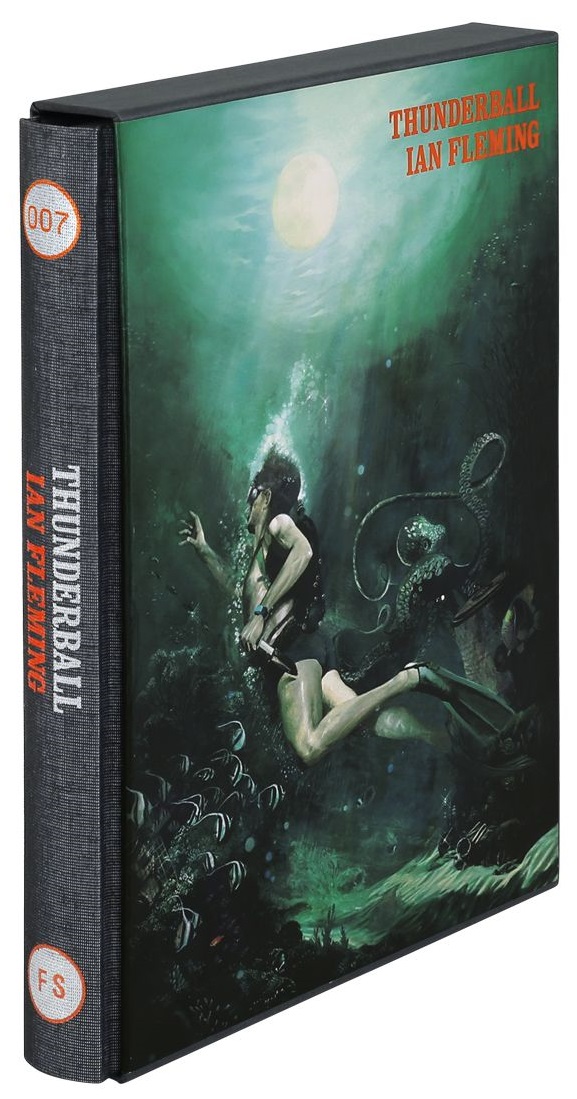 Illustrated by Fay Dalton, this is the seventh in a series of deluxe hardbacks published by the Folio Society. 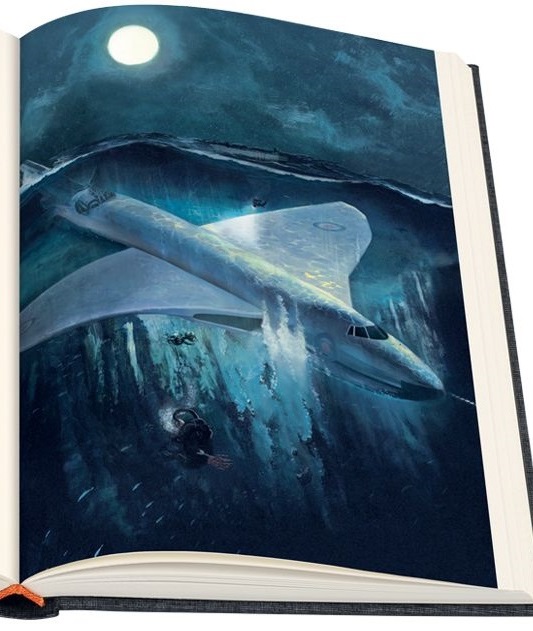 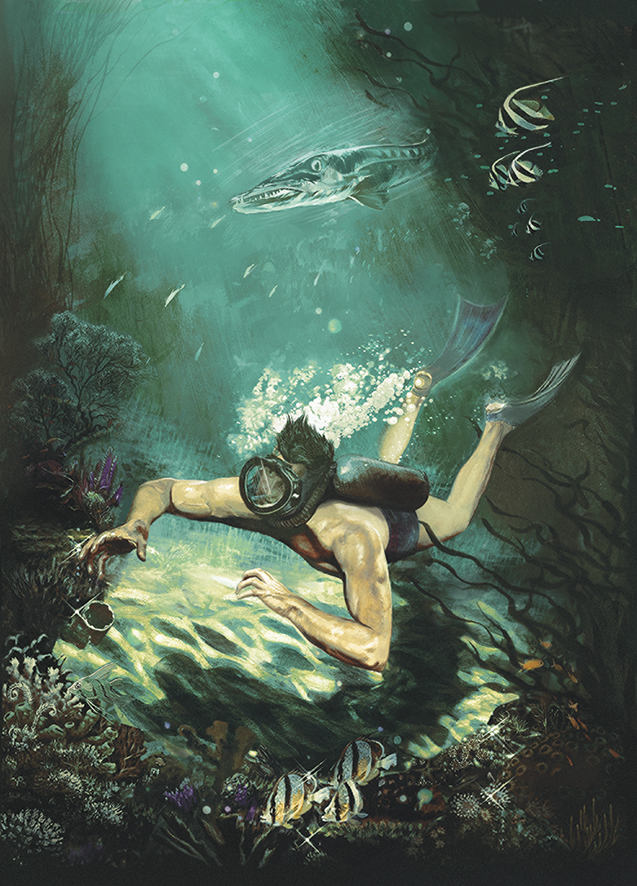 James Bond will return in Live and Let Dive - The Book Covers.