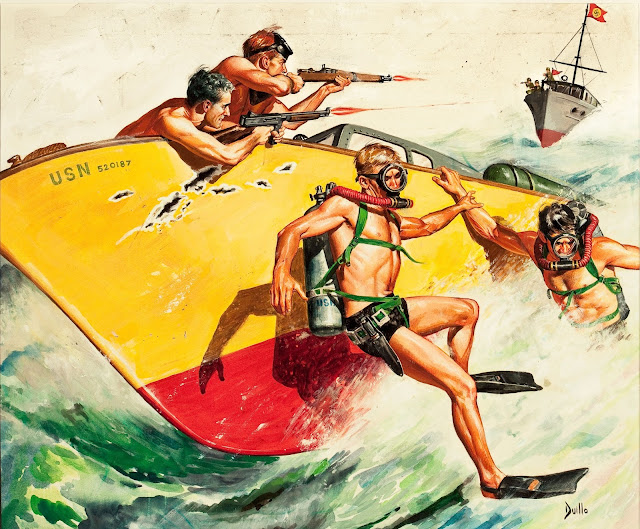 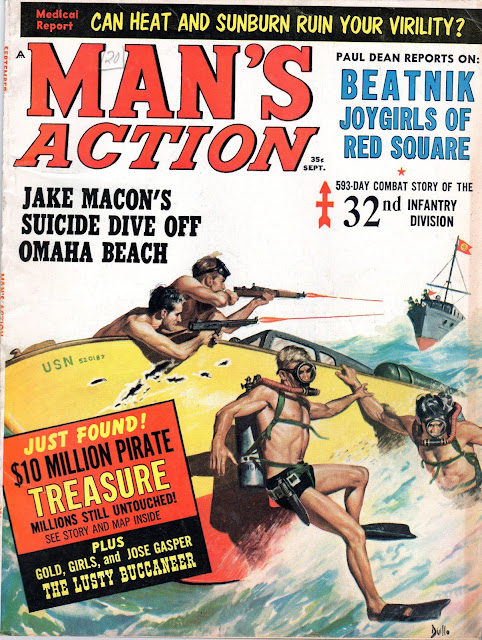 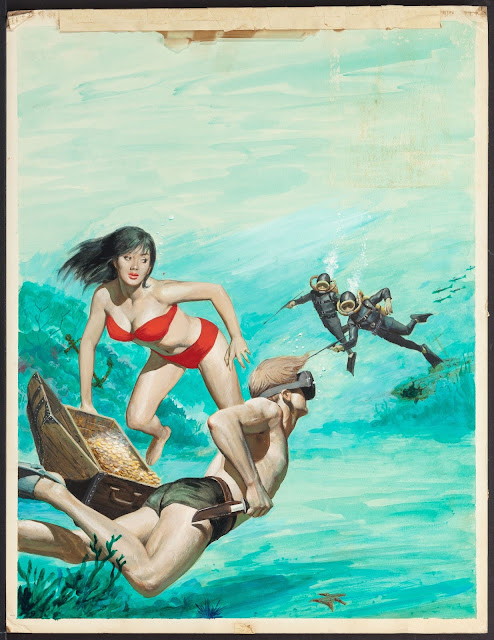 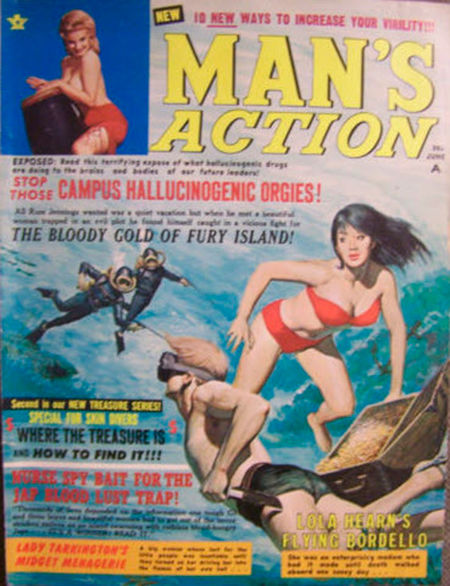 No actual scuba-diving today but this two page feature come from the 1960 Topper Book (published in 1959) and looks at deep sea exploration. (Click for larger images). 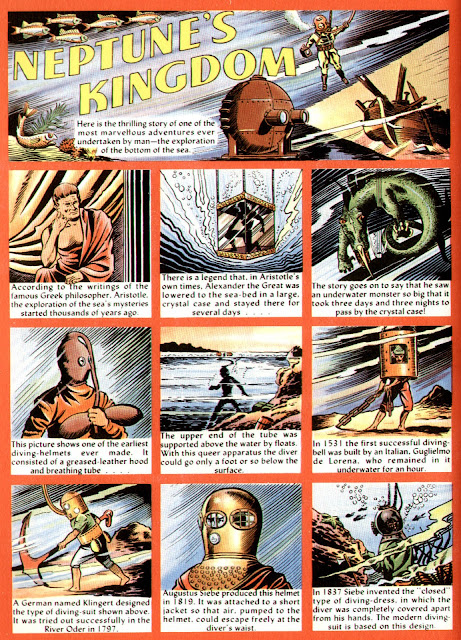 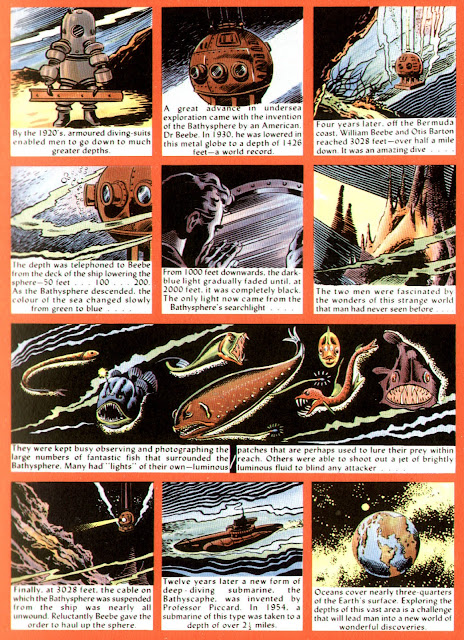 The Daily Art of Diving - Garth

Garth, the Daily Mirror's long-running adventure strip, first appeared in 1943. In 1971, British comics legend Frank Bellamy took over the art duties. The Cloud of Balthus was his first complete story, having taken over from John Allard part way through the previous tale.

Early in the story, Garth has a close encounter with a shark... (Click for larger images). 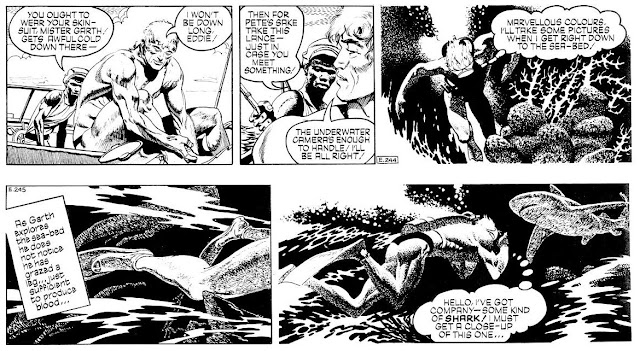 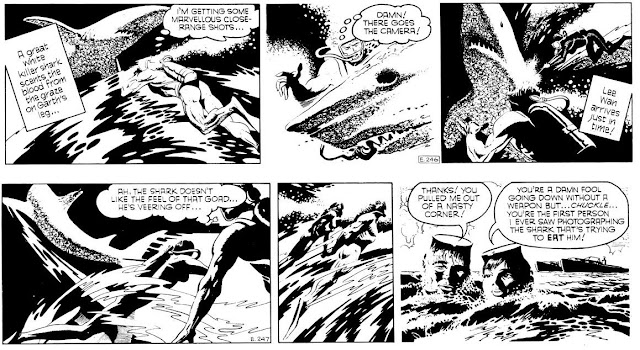 Later in the story, Lee Wan turns out to be not quite as friendly as she first appeared to be...

Now, you know how I said this was Bellamy's first complete story? Well it's not quite that simple. I don't know if Allard (who was hired aged 15 to assist original artist Steve Dowling) was reluctant to hand over to Bellamy but at this point he would still contribute some art to the strip. The first panel in the strip above is drawn by Allard.

I love the first panel of this final strip - very effective use of black and white.

The Daily Art of Diving - Archie

Just a quickie to start off 2016. This strip is from a 1978 issue of Everything's Archie but originally appeared in newspapers. Reprints of the daily strip were used as space fillers in the comic books. I'm pretty sure the art is by the original Archie artist, Bob Montana. (Click for larger image).