The  Scuba Manoeuvre Maneuver! (I think it's best if we gloss over the spelling) appeared in issue 75 of Binky from DC. Originally called Leave it to Binky until issue 71, Binky was apparently the first DC character to be launched directly in his own comic. First appearing in 1948, I think it's safe to say the character was inspired by the success of Archie and came at a time when the popularity of superheroes was on the wane. Following issue 60 in 1958 the comic went on a ten-year hiatus before being revived in 1968. During this revival the title sold well enough to warrant a spin-off called Binky's Buddies which lasted for 12 issues. The series was cancelled again with issue 81 in 1971 although issue 82 was published as a one-off in 1977.

I'm pretty sure this story was drawn by Henry Scarpelli. If anyone can confirm this one way or the other please let me know. 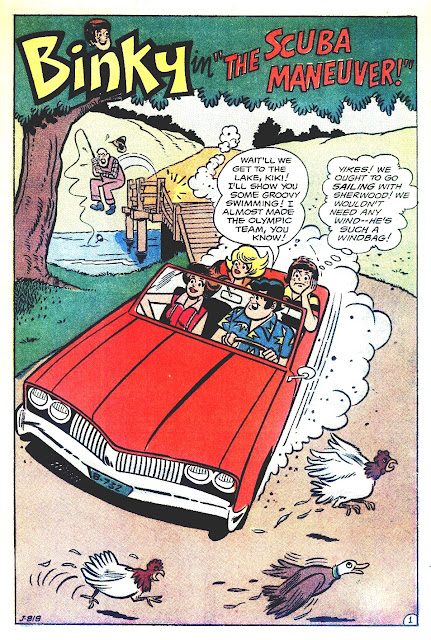 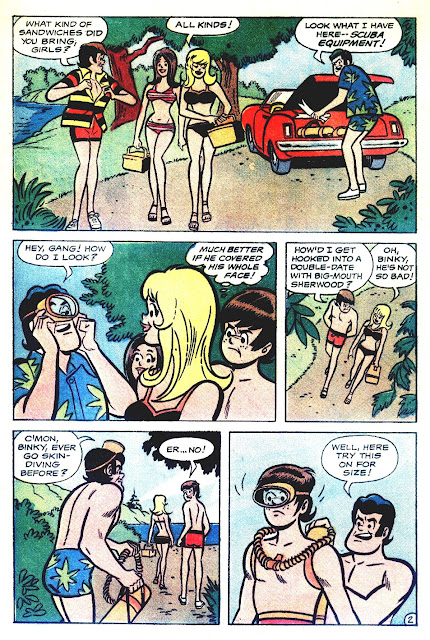 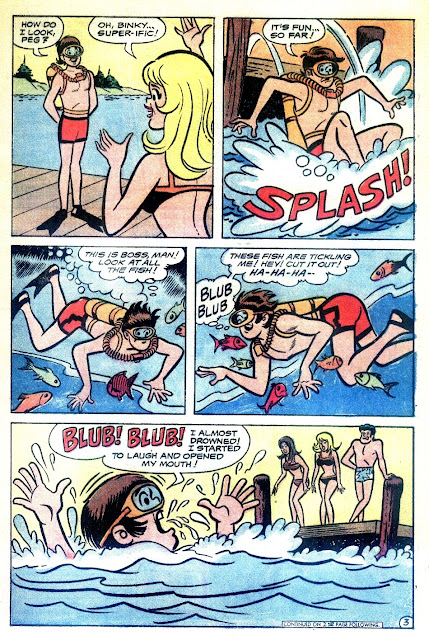 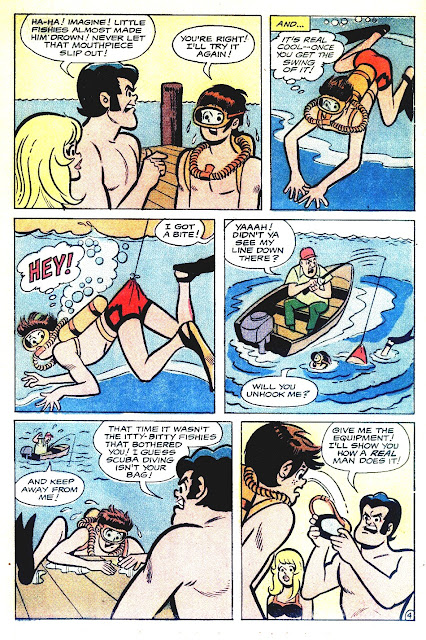 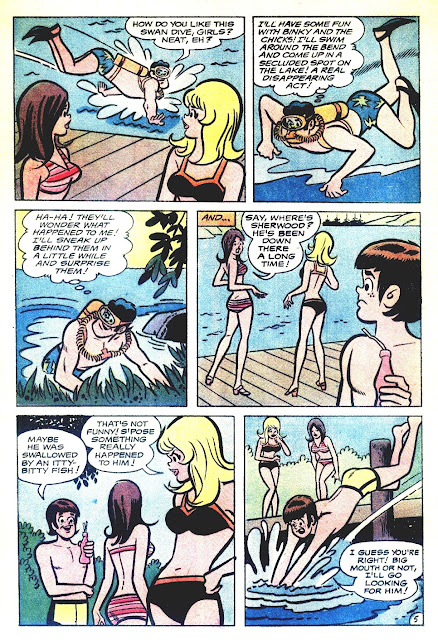 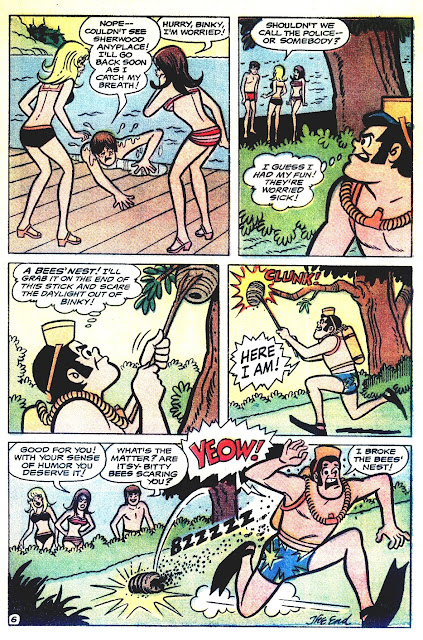