I think it's fair to say that, unlike Thunderball, the average person wouldn't associate Live and Let Die with scuba diving. This is no doubt because it doesn't feature in the film version. It does however feature in the novel and also the newspaper strip adaptation as seen in a previous blog entry.

Some early editions of the book put the underwater aspects front and centre as you can see from the examples below.

Let's begin with the American first edition which was published in 1955 and featured a much more interesting cover than the text-only UK version. In the novel 007 becomes involved because Mr. Big is suspected of smuggling 17th Century gold coins which are believed to be pirate treasure. Later in the story Bond has an encounter with an octopus which explains the other elements of the cover design. 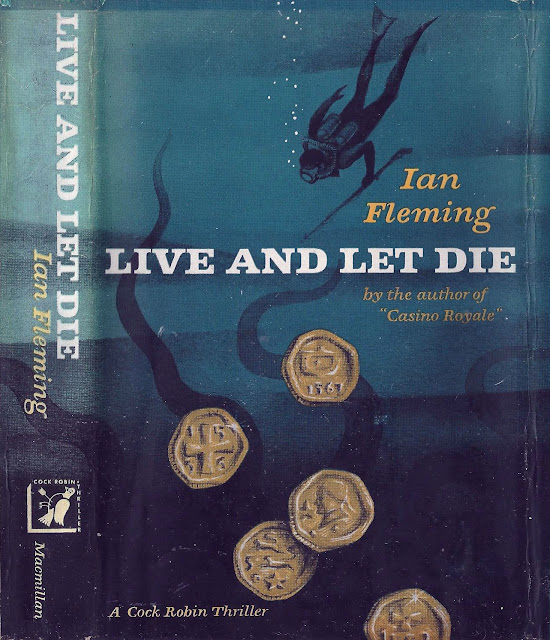 Some readers were already familiar with the story because Bluebook magazine had featured an abridged version of the novel in their May1954 edition, just a few weeks after the book had been published in the UK. Artist John Walters painted this wraparound cover, showing Bond's barracuda encounter, as well as providing an interior illustration. 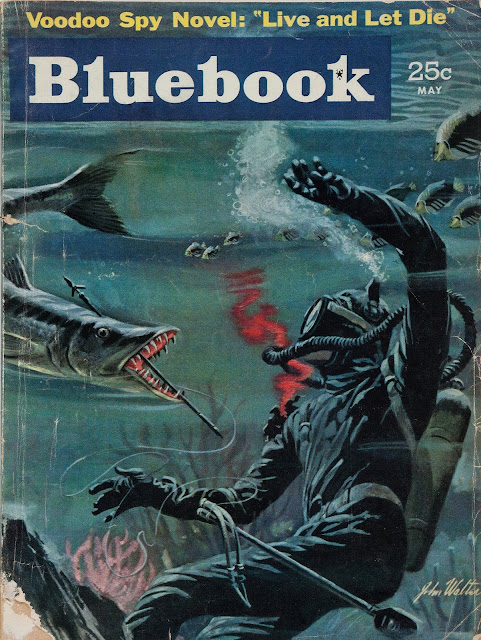 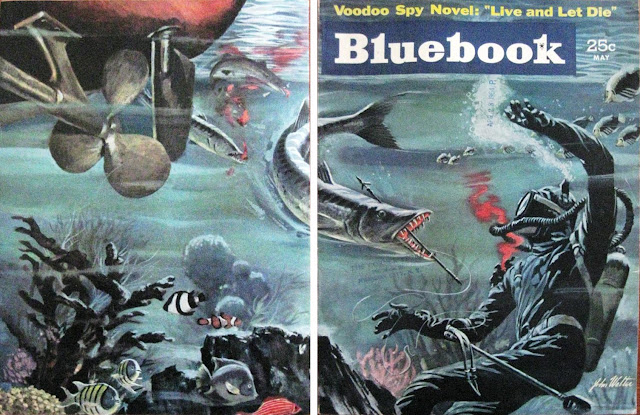 In 1956 Swedish readers were treated to this simple but striking cover on their first edition. 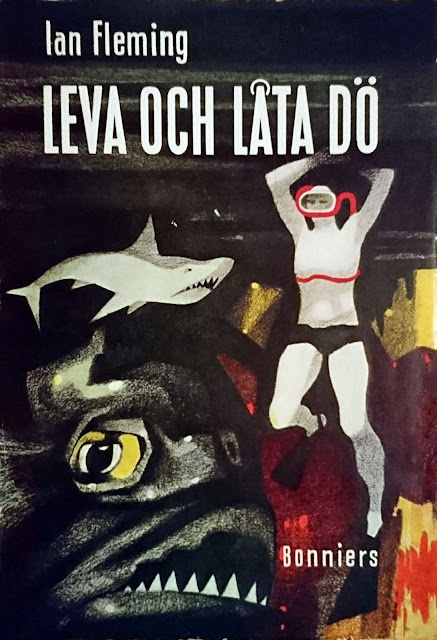 The underwater aspects of the story were largely ignored by publishers through the 60s and 70s but in 1982 the James Bond Classic Library produced this stunning cover: 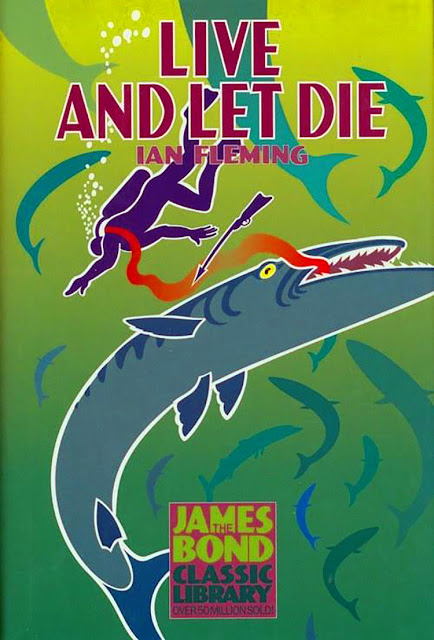 This simple but effective design from the Folio Society appeared in 2007. 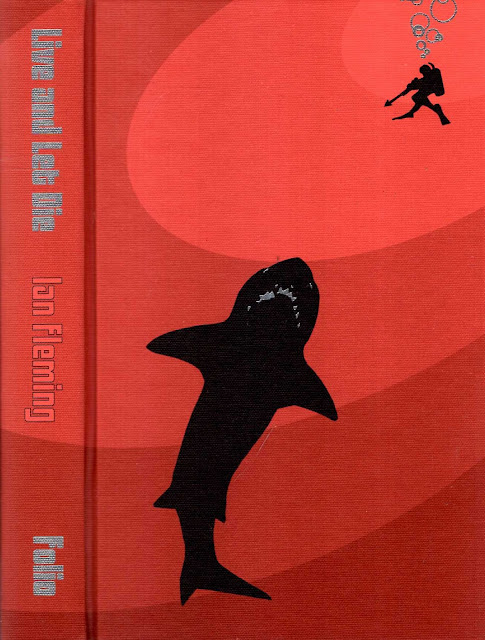 And finally, this Estonian edition was published in 2008. 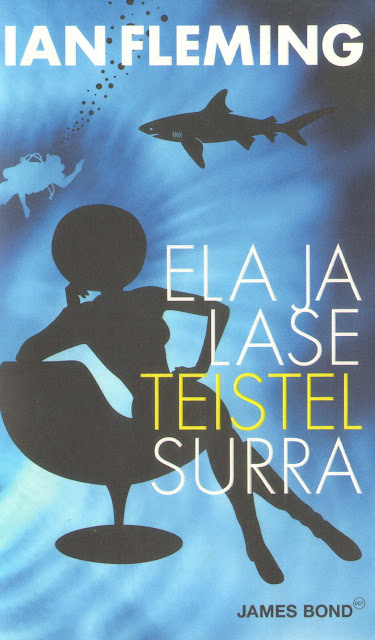