The Holy Art of Diving

The first of today's entries consists of just one image but it's a corker! Another of Walter Molino's paintings for La Domenica Del Corriere, it features the Christ of the Abyss (Il Cristo degli Abissi) situated in the bay of San Fruttuoso, near Portofino in Italy. Designed by Guido Galletti, it was placed in the water on the 22nd of August 1954 near the spot where Italian diving pioneer Dario Gonzatti died in 1947. I did my instructor course in the area in 2004 but sadly was unable to dive the statue as it had been removed from the water for restoration at the time.

The painting shows the fourth anniversary of the statue being marked by a mixture of professional and amateur divers making "an unusual pilgrimage". They placed wreaths and torches "after hearing mass celebrated aboard a great ship". 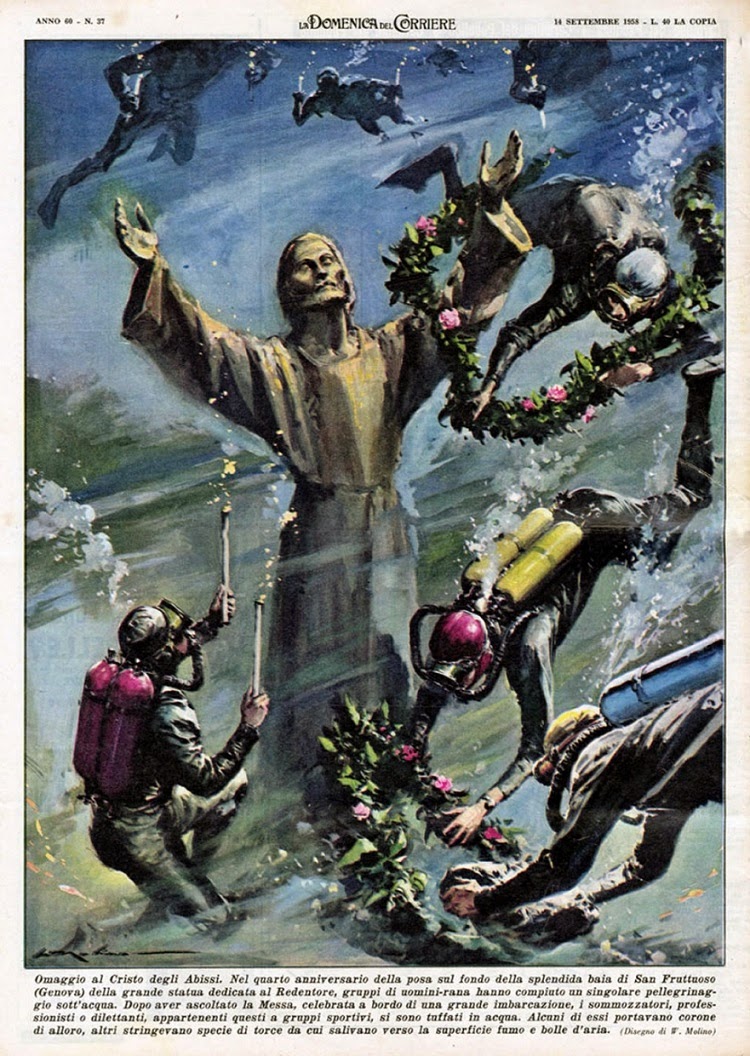