The Archie of Diving

The second of today's entries features a selection of Archie Comics covers and pin-ups, most of which are new to this version of The Art of Diving.

We start with a quartet of images by Dan DeCarlo. 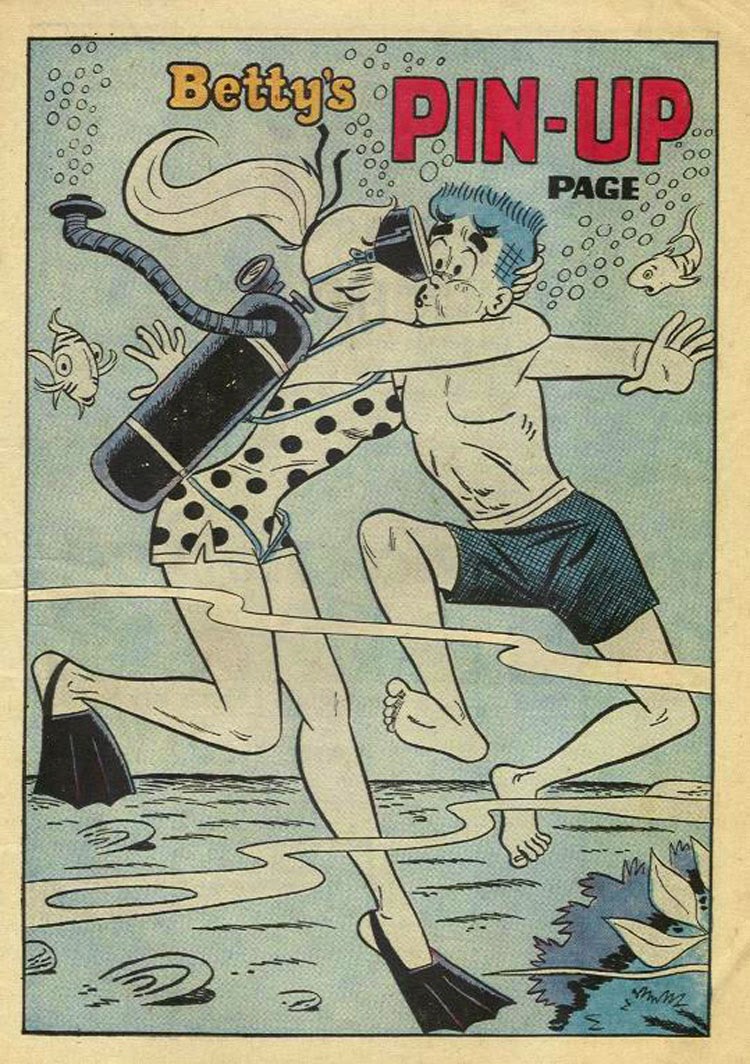 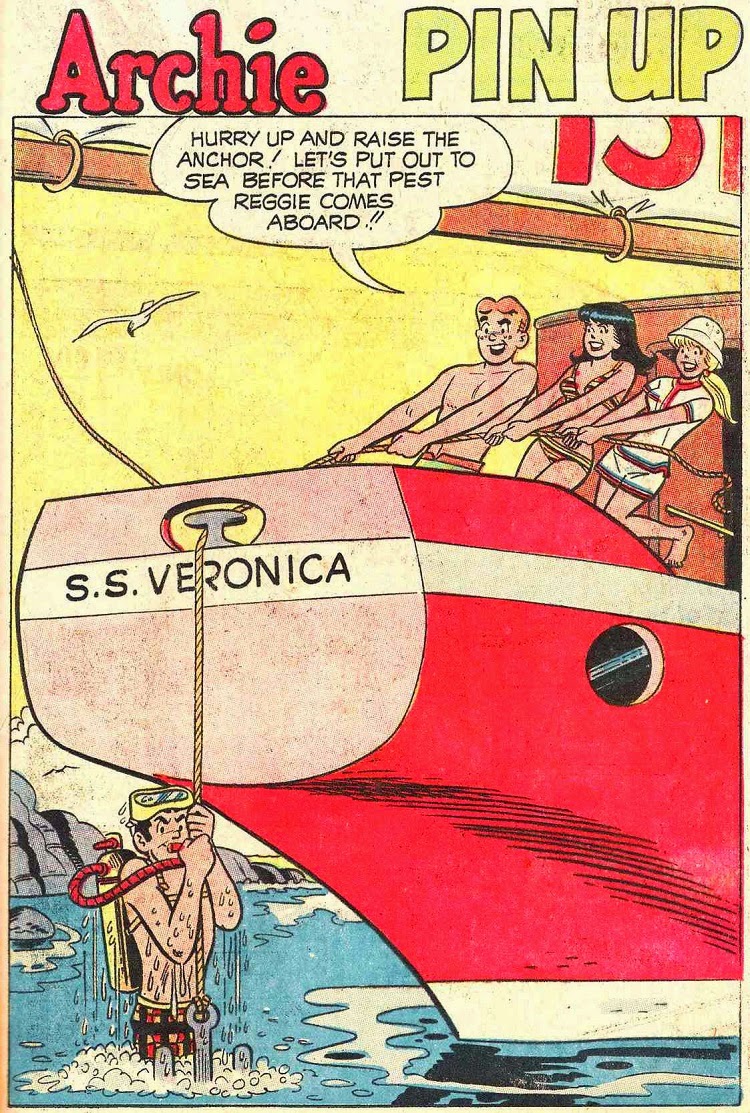 Both of the above feature the hose coming directly from the cylinder, a Dan DeCarlo trait which I've mentioned before. 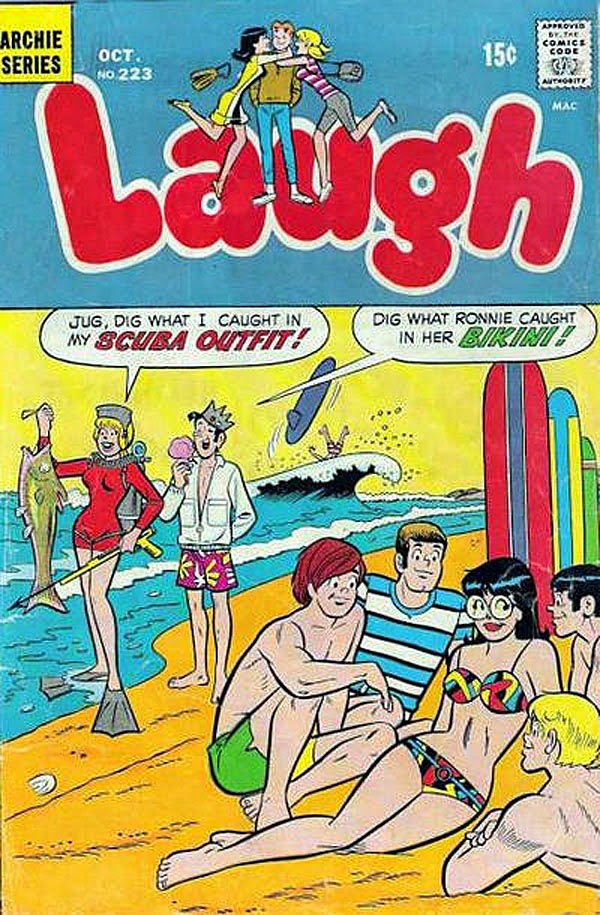 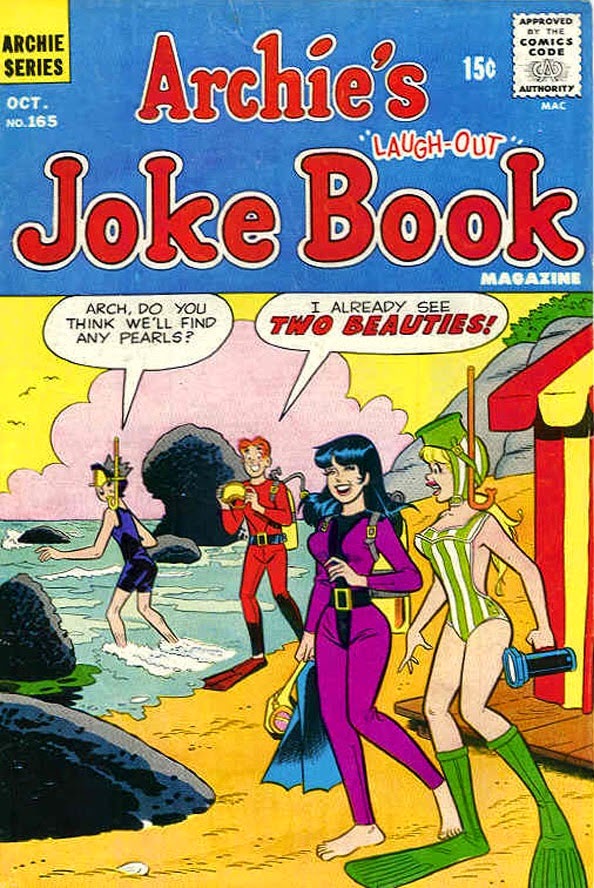 Subby over on the Aquafans forum has posted a selection of pictures from a 1970 issue of Time. The following picture looks like it must have been the inspiration for Betty's outfit above. 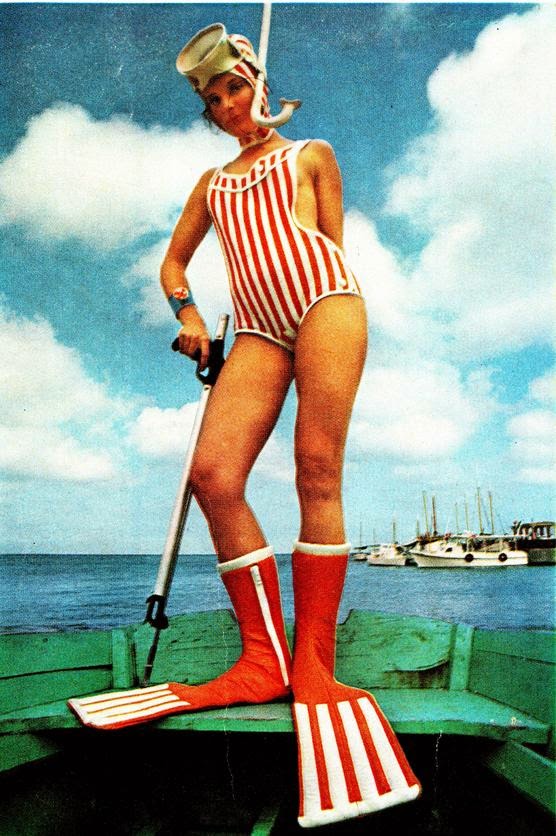 Born in 1919 in New York, Dan DeCarlo was drafted in 1941 and was stationed in the UK. He worked as a draughtsman and also painted mascots on military planes. While in Belgium he met his future wife, Josie Dumont, a French citizen.

In 1947, back in the USA and labouring for his father, he answered an ad and began working for editor Stan Lee at Timely Comics (later Atlas and Marvel). Initially working on the teen humour title Jeannie, he made his mark with a ten year run on Millie the Model. DeCarlo and Lee also produced over forty issues of My Friend Irma, based on a popular radio and TV comedy. He also drew cartoons for Timely/Atlas publisher Martin Goodman's line of Humorama pin-up magazines.

In the late fifties he started freelancing for Archie Comics and eventually set a new, more modern house style for the characters. A prolific cover and pin-up artist, he's probably most associated with his work on Betty and Veronica but also created Sabrina the Teenage Witch and Josie, named after his wife. First published in 1963, Josie (originally She's Josie) was renamed Josie and the Pussycats in late '69 to tie in with Hanna-Barbera's Saturday morning cartoon series.

DeCarlo's twin sons, Dan Jr and James, both worked as artists for Archie but both sadly predeceased their father in 1990 and 1991. In 2001 he lost a lawsuit over ownership of Josie during production of the Josie and the Pussycats live-action movie and this ended his 43-year relationship with Archie Comics. Some of his final work was for Bongo Comics' Bart Simpson. He died of pneumonia in December 2001 aged 82.


The cover of Jughead #99 is from 1963 and you can see an interior page, also by artist Samm Schwartz, in my earlier entry The Artt of Diving. 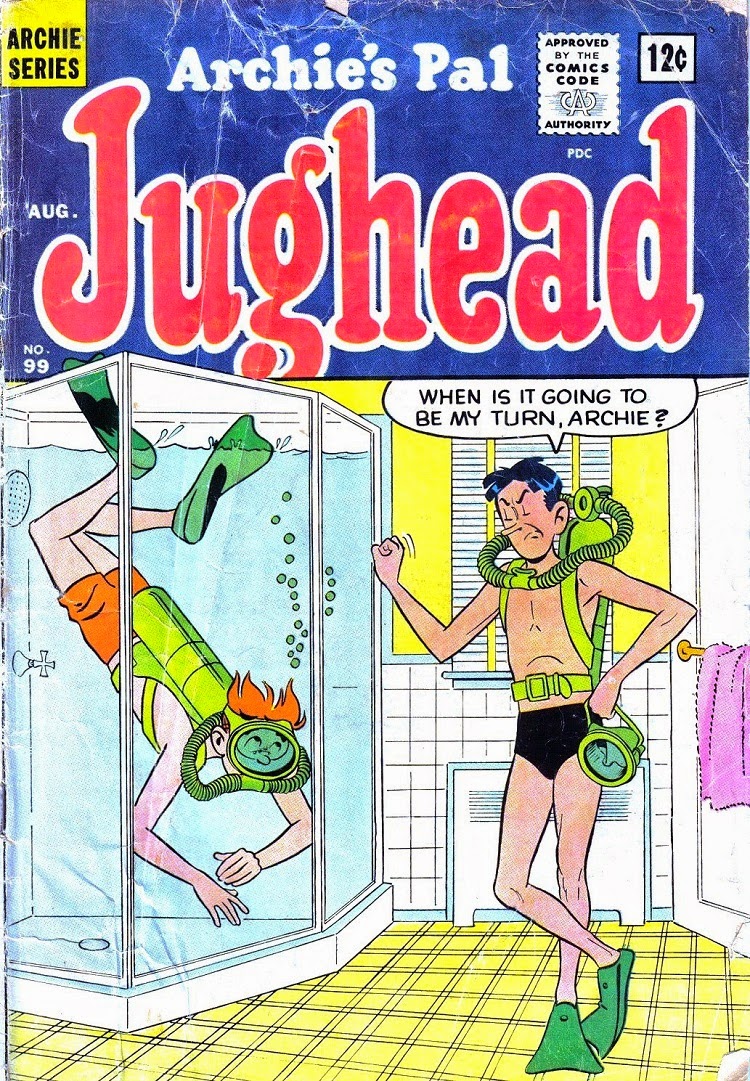 I'm afraid I don't know the artist on these final two covers although the Joke Book one is possibly Bob White. 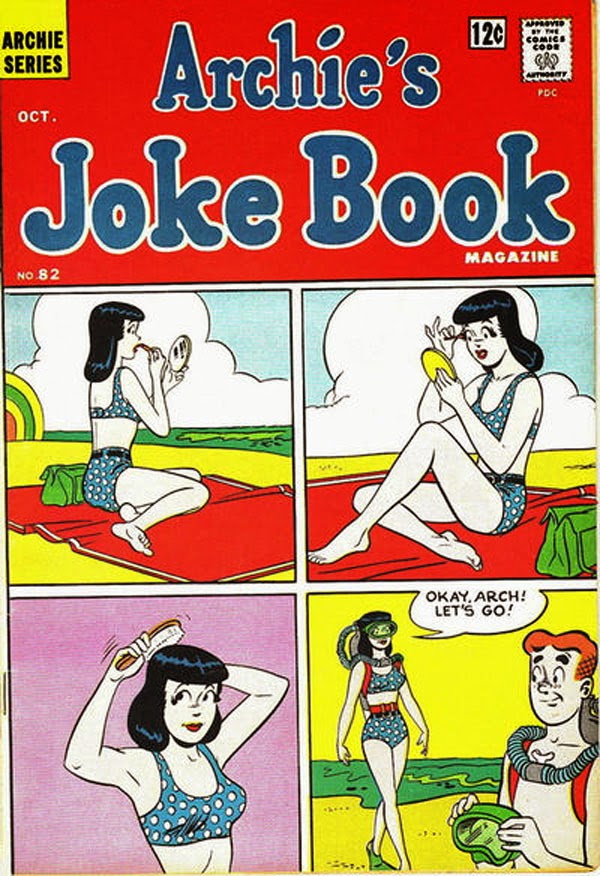 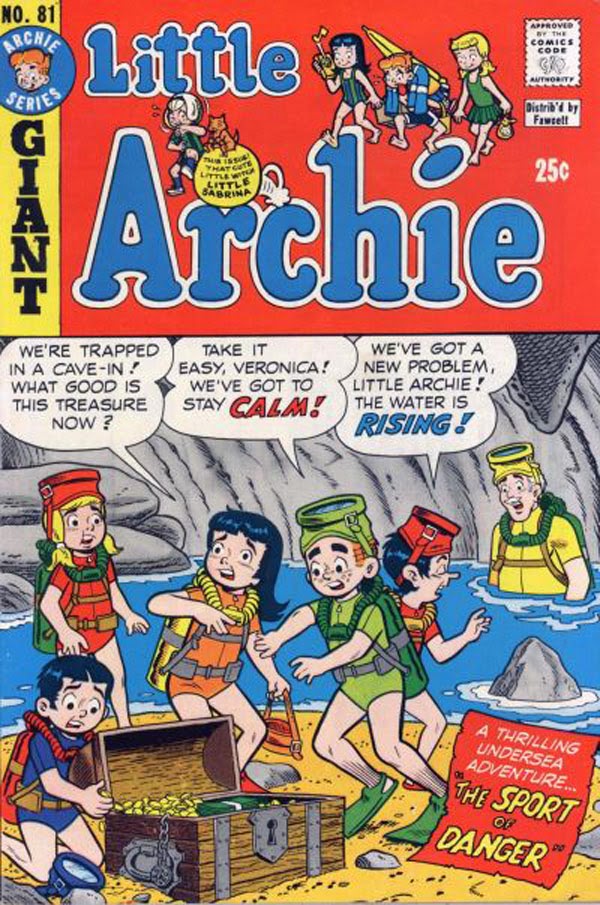