The Art of Diving to the Rescue!

Having spent the weekend helping teach a Rescue Diver course I was inspired to put together this collection of images.

This first piece appeared in the weekly Italian magazine La Domenica del Corriere in July 1959. Published from 1899 until 1989, it was renowned for it's colour front and back covers which remain collectable to this day. One of the regular artists was Walter Molino and you can read a little more about him here. 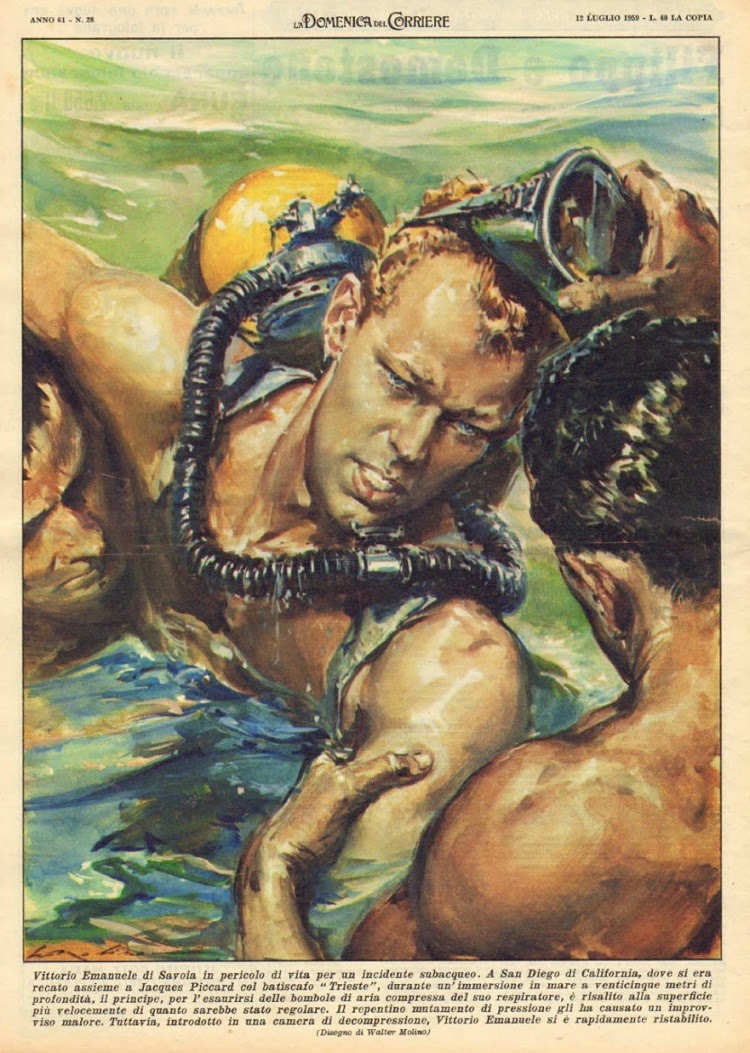 The illustration is for a story about a diving accident involving Vittorio Emanuele Alberto Carlo Teodoro Umberto Bonifacio Amedeo Damiano Bernardino Gennaro Maria di Savoia (Vittorio Emanuele di Savoia for short). Known as the Prince of Naples and the Duke of Savoy, he is the only son of Umberto II, the last King of Italy, and has spent most of his life in exile. The text tells us that, during a visit to San Diego, he met with Jacques Piccard who had the bathyscape Trieste. During a dive to 25 metres he ran out of air and made a rapid ascent. The sudden pressure change caused "a sudden illness" but, following a visit to a recompression chamber, Vittorio Emanuele "was quickly restored."


New Heroic Comics number 91 was published in 1954 by Eastern Color under the Famous Funnies banner. Unfortunately the artist is unknown. 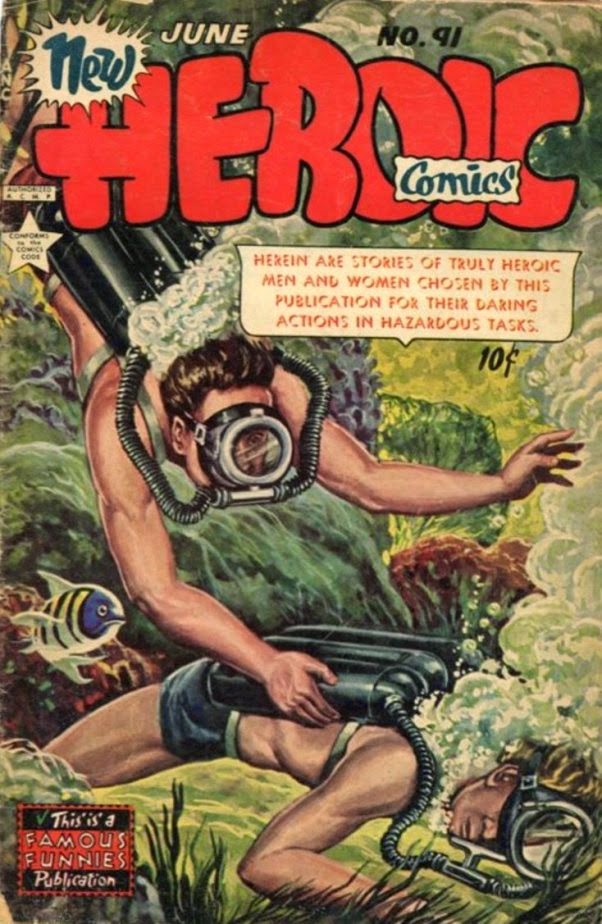 No rescue-themed entry would be complete without those brave boys from International Rescue. In issue 172 of TV Century 21, dated May 4th 2068 (a feature of the comic was that it was dated a hundred years in the future), we see Gordon and Brains having to rescue a trapped diver and disarm a rogue neutron cannon. All in a day's work for the Thunderbirds boys! (Scans courtesy of Lew Stringer's wonderful Blimey! It's Another Blog About Comics! ) 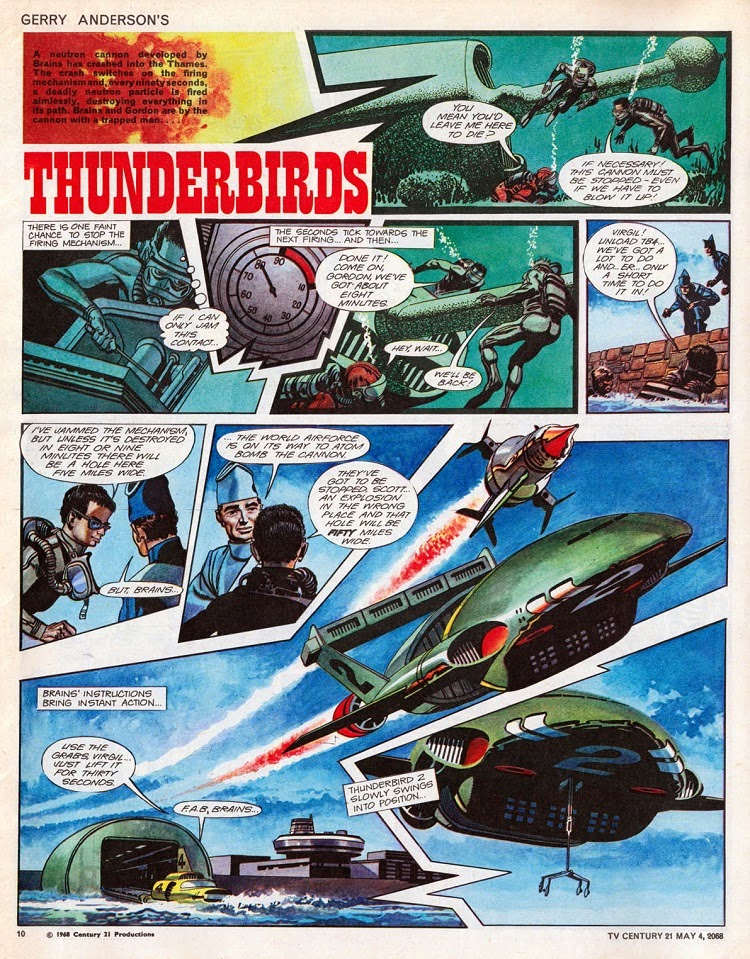 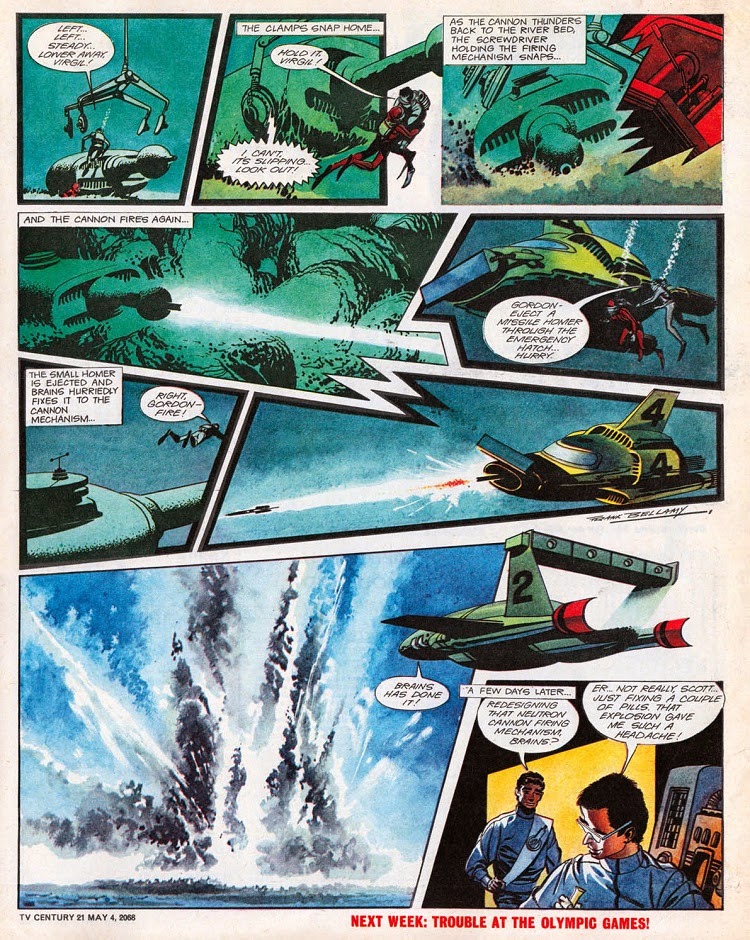 Artist Frank Bellamy is a British comics legend. After a start in advertising he began working in comic strips. His body of work includes Monty Carstairs (Mickey Mouse Weekly), Robin Hood, King Arthur and Swiss Family Robinson (Swift) and The Ghost World (Boys' World). Some of his most famous work was for Eagle: Dan Dare, Fraser of Africa, Heros the Spartan, The Happy Warrior (Winston Churchill), Montgomery of Alamein and The Shepherd King (David). He drew Thunderbirds from 1966 - 69 and also did editorial work for the likes of Radio Times and The Sunday Times Magazine. In 1971 he took over the art duties on the Daily Mirror's Garth which he drew until his death in 1976 aged 59.


This American Manhood cover dates from 1952. In addition to his painted covers, artist Peter Poulton was known for his pen-and-ink illustrations for science fiction magazines. 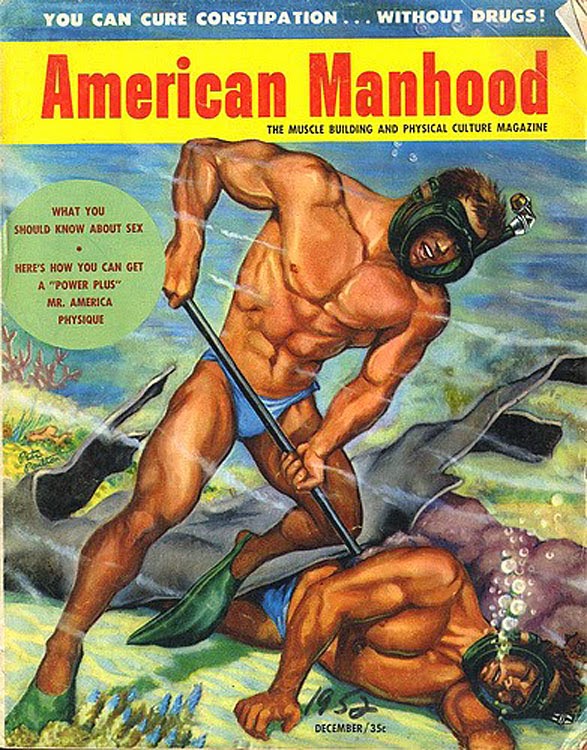 Finally, we have two covers, from Sweden and Norway respectively, illustrating the Modesty Blaise story The Bluebeard Affair. They both depict Modesty's dramatic rescue of Willie Garvin. I don't know who was responsible for the Norwegian cover but Ake Forsmark and Ola Forssblad of the Modesty Blaise Facebook Group have both suggested Thord Lindblom as the Agent X9 artist. 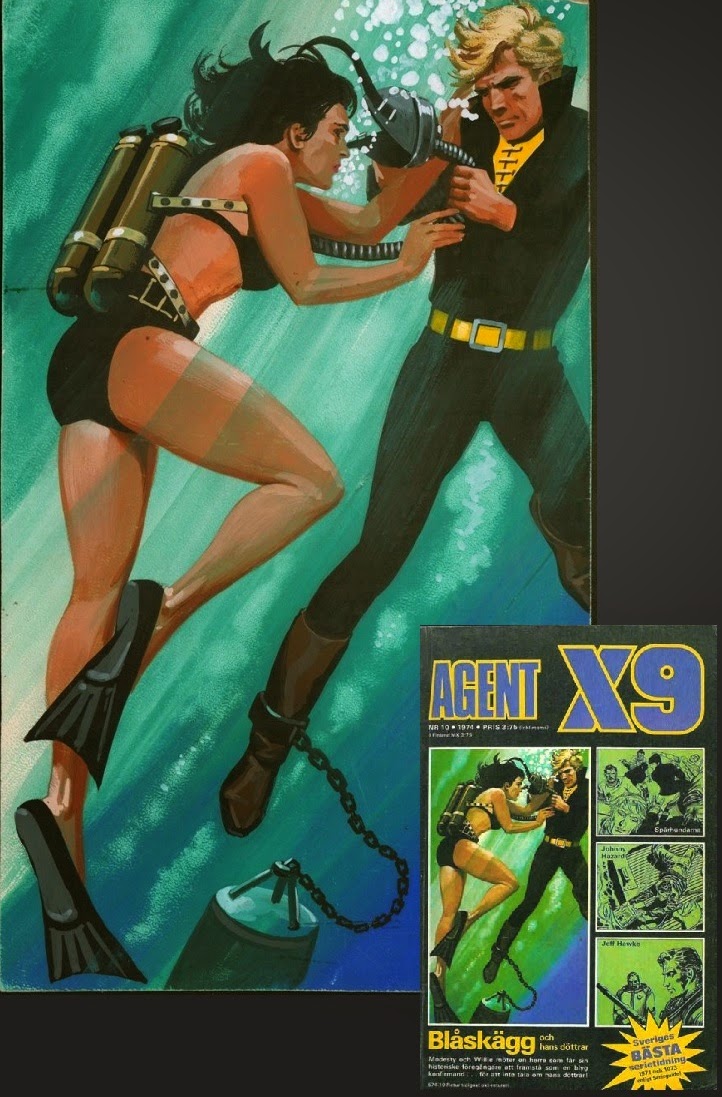 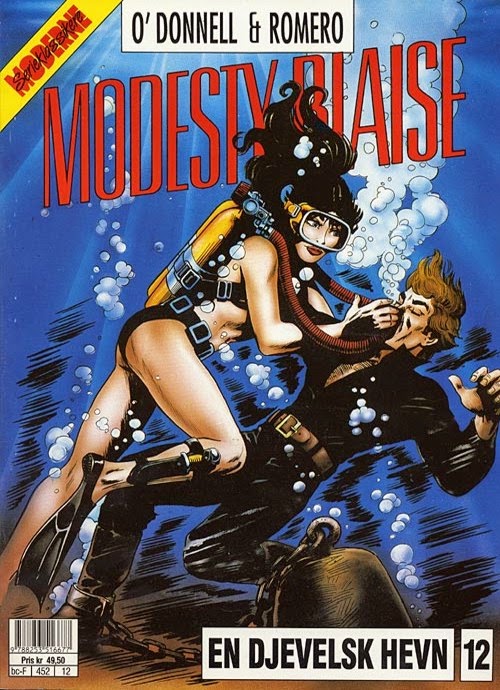 You can see the full rescue in my recent blog entry here.