Don't Mention the Art of Diving! (I mentioned it once but I think I got away with it)

I'm in Munich this week so, as with last week's French-themed entry, I thought I'd showcase some German examples.

Fox twins Fix and Foxi were the stars of a long-running series beginning in 1953. It was extremely popular and ran until 1994. There have been several revivals in recent years. 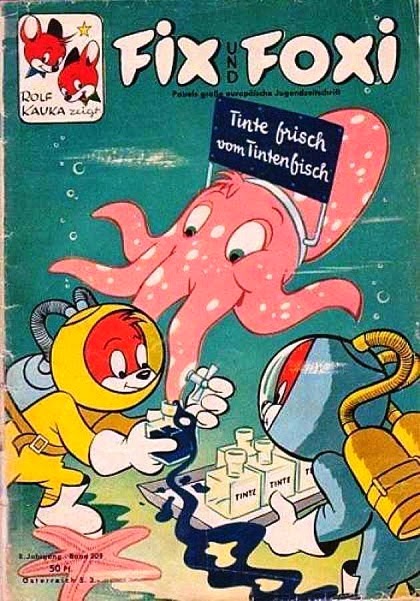 I'm not sure who the character on this cover is but I like the way the artist has designed his mask. 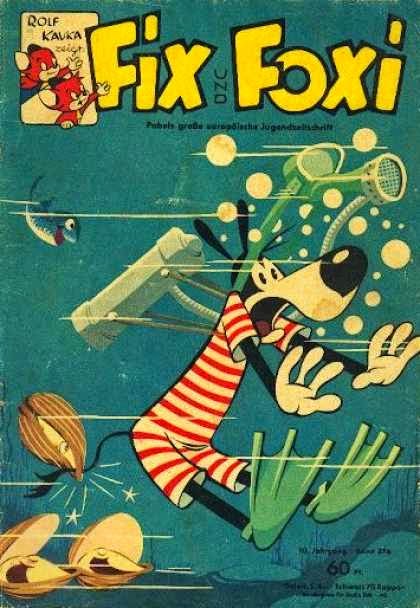 Bastei are a prolific publisher of various genres but all of the examples here are from their horror range that began in the 1970s. These series were published fortnightly and often saw various authors sharing the same pseudonyms. The covers were sometimes re-used for other books, sometimes modified but sometimes not. The English translations used here are courtesy of Google so may lack a certain finesse. Information taken from http://www.gruselromane.de

From the Ghost Thrillers series in 1977 came The Bay of Monster (See what I mean? Perhaps that should be the Monster of the Bay?) by Frederic Collins. Cover by Josep Marti Ripoll. 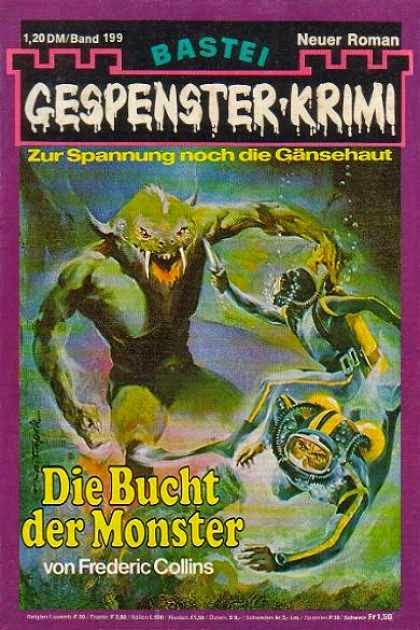 Damona King (Vanquisher of Darkness) was a white witch who starred in 107 books. Monster before St. Malo! (1979) was written by Mike Shadow (actually WK Giesa) and had a cover by Vicente Segrelles. 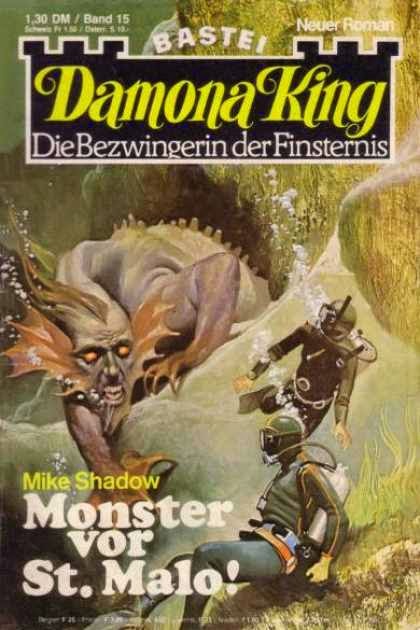 Professor Zamorra, the Master of the Supernatural first appeared in 1974 and his adventures were still appearing in 2011 with nearly 1,000 titles published.

The Grave in the Coral Reef by Robert Lamont (Rolf Michael) was published in 1982. 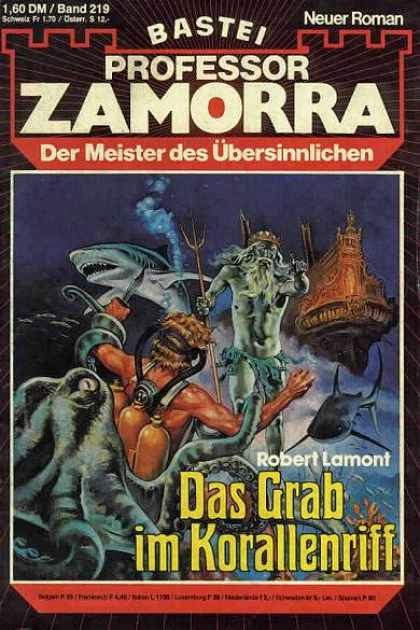 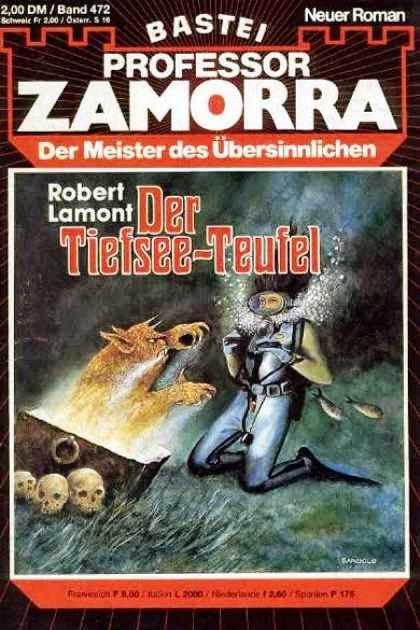