The Valuable Art of Diving

Published in 1977, Robert Daley's Treasure tells the true story of Mel Fisher's attempt to find the Nuestra Senora de Atocha, vice-flagship of King Philip IV of Spain, and the treasure it was carrying. 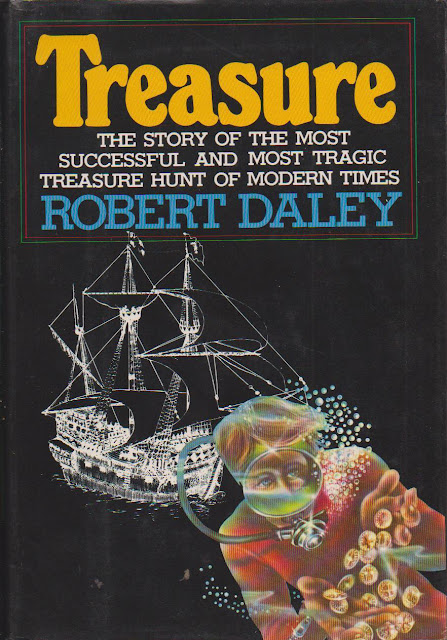 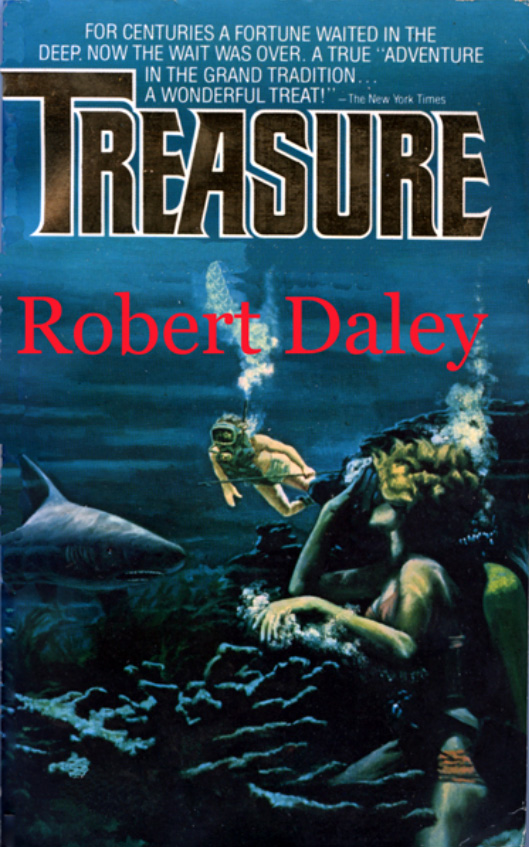 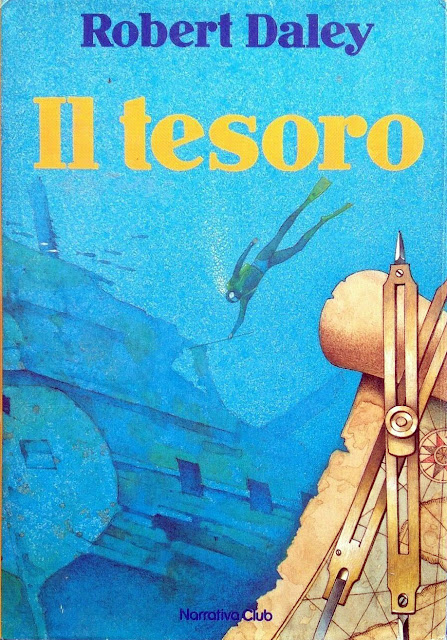 I'm not quite sure if these two are having a fight or not. I guess if treasure's involved then it's a distinct possibility! 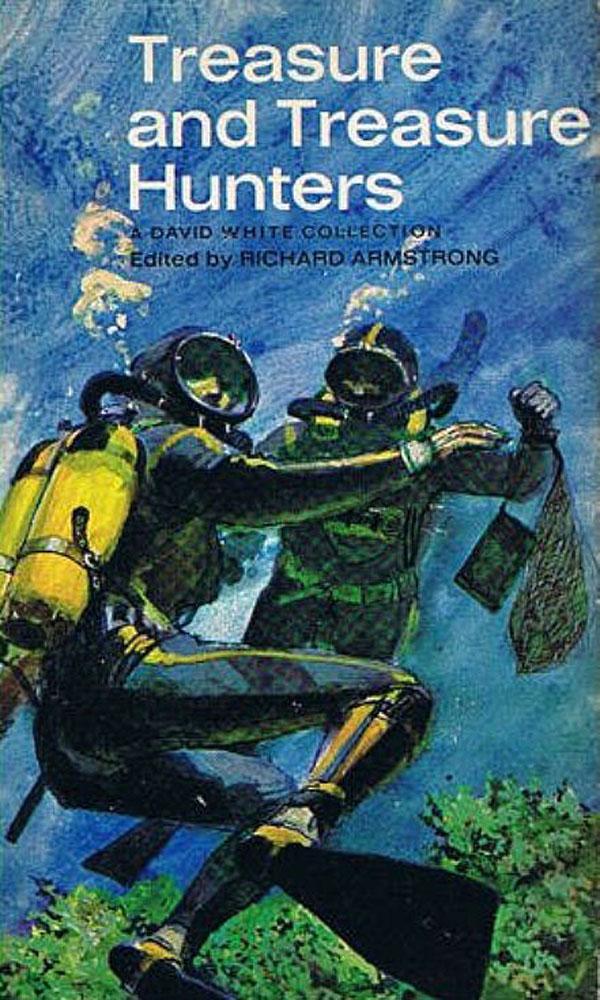 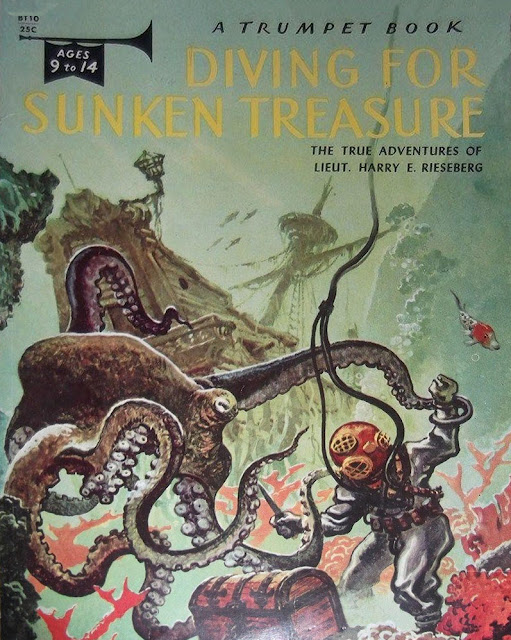 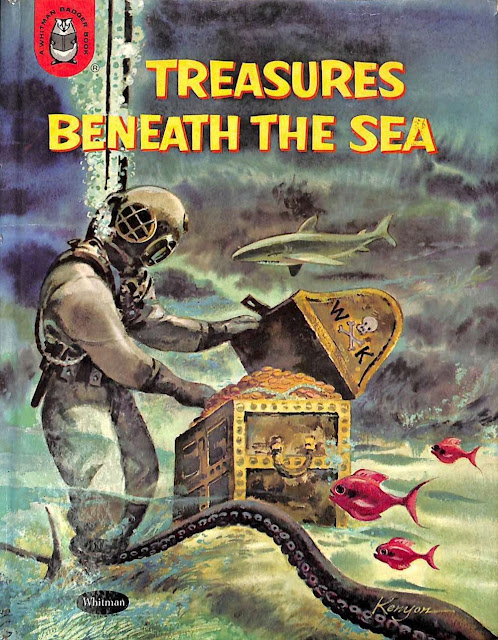 Well these two are definitely having a scrap! The title translates as Two Men, One Woman and a Treasure. 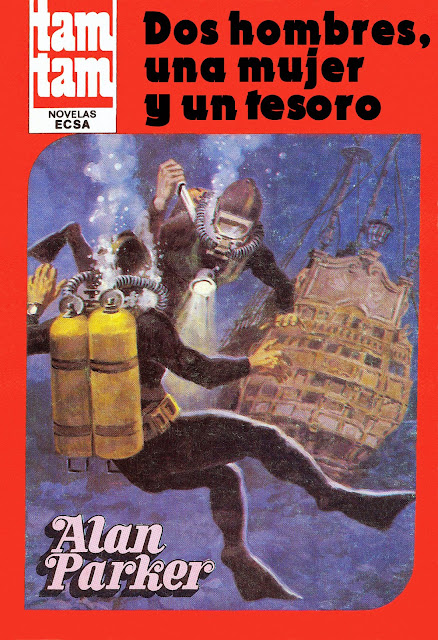 The 1967 Valiant Annual contained an eight page feature The Treasure Seekers. One story was given a whole page... 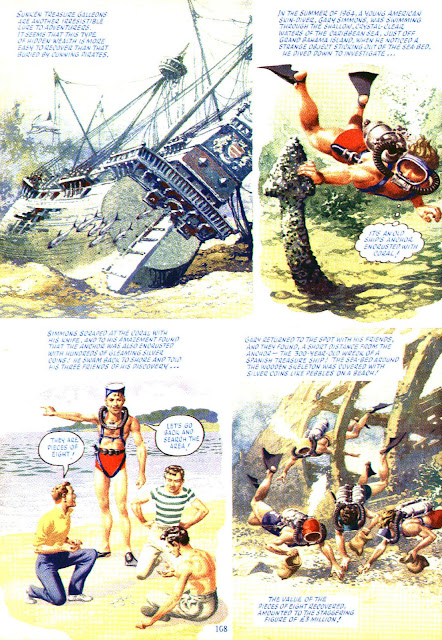 ...while two other tales got smaller mentions. 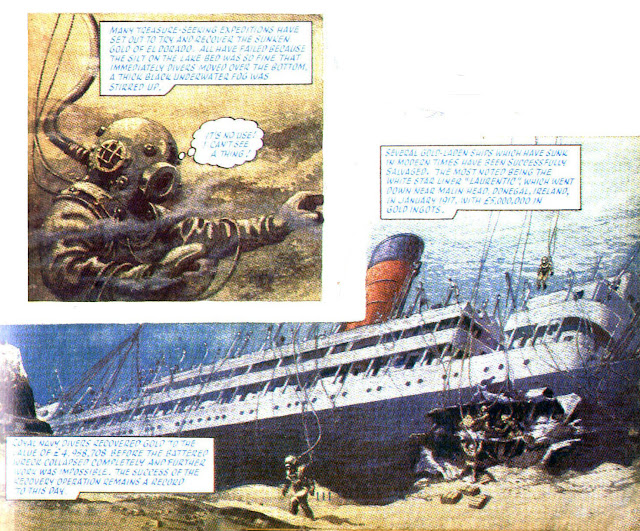 Sadly I've yet to find any sunken treasure but there's always the next dive!