The Experimental Art of Diving

Running in Eagle from January 1965 (Vol. 16 No. 2) until the penultimate issue in April 1969 (Vol. 20 No. 16), The Guinea Pig told of the adventures of Mike Lane whose job was to test the inventions of Professor Dee. This story appeared in the 1966 Eagle Summer Special. (Click for larger images). 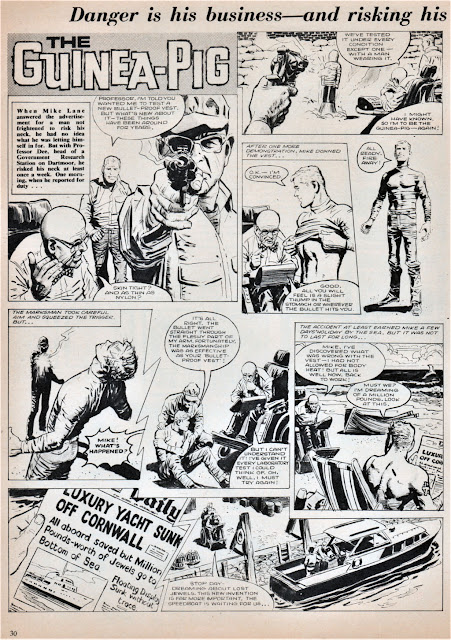 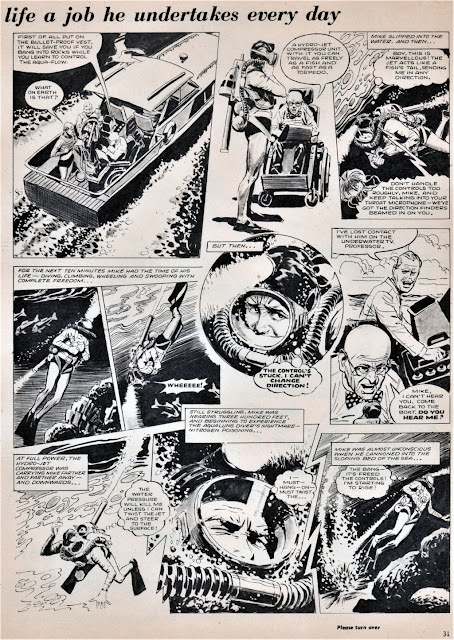 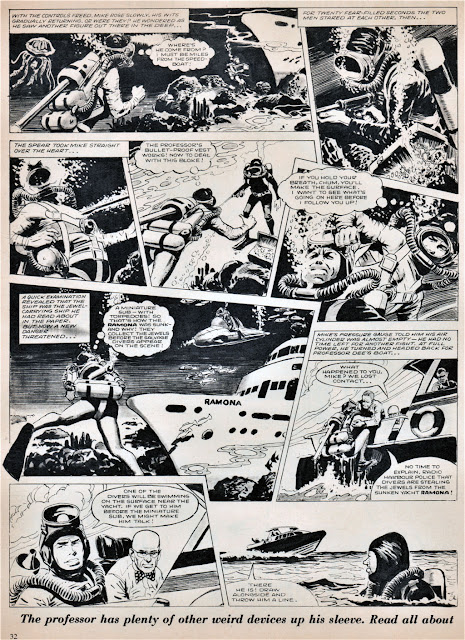 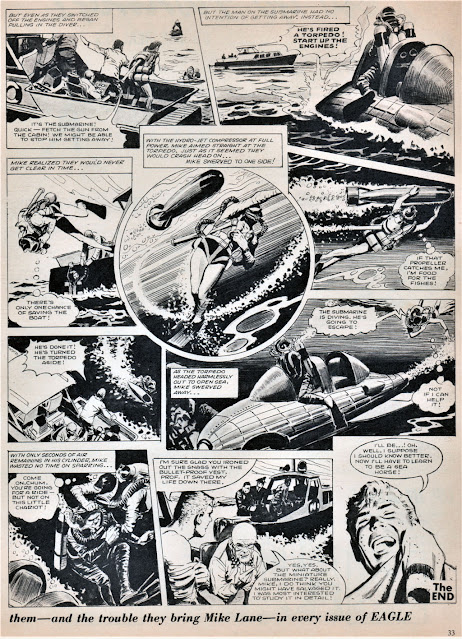 Mike gives a spectacularly bad piece of advice on page three of the story. it's a good job the other diver can't hear him! Can we spell "lung over-expansion injury" boys and girls?! 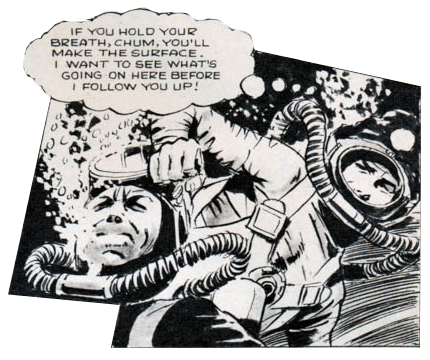 Several artists worked on the strip but the longest-running was Gerry Haylock (1928-20??) who drew this example. In the late fifties he drew various strips for Girl and then in the sixties worked on Knights of the Road for Eagle before taking on The Guinea Pig. In 1969 he began working on Land of the Giants for Joe 90 and continued when the comic was merged with TV21. Some of his best-known work was on UFO and Doctor Who for Countdown/TV Action. Look out for my next post which will feature an example of his work from World of Wonder.
Posted by Robert Moubert at 3/06/2022 01:00:00 am