The Archie of Diving - Polished Diver and others

It's been a while since I featured our chums from Riverdale so here's a selection of single and half-pages.

I'm presenting Polished Diver twice because I thought it was interesting to see the different choices made by the colourist(s). 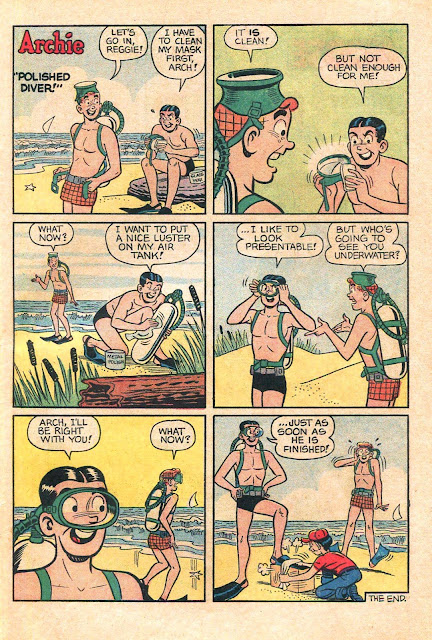 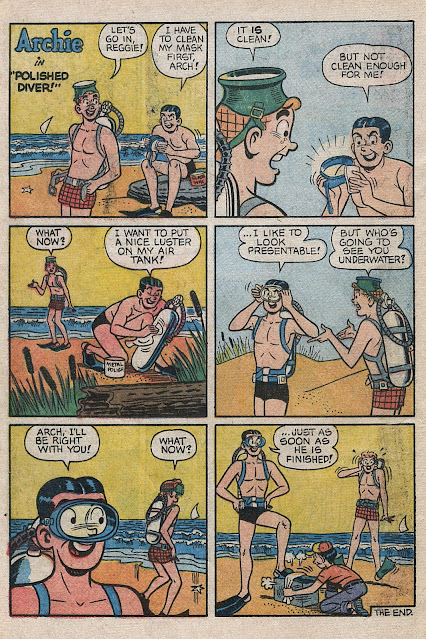 Issue 190 of  Archie's Joke Book Magazine (1973) had gags set mostly at the pool or the beach and several featured scuba diving: 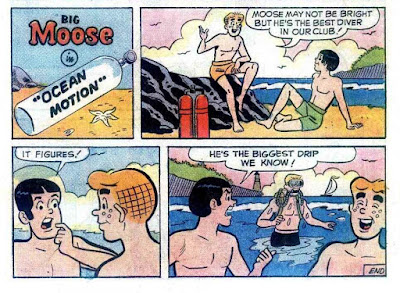 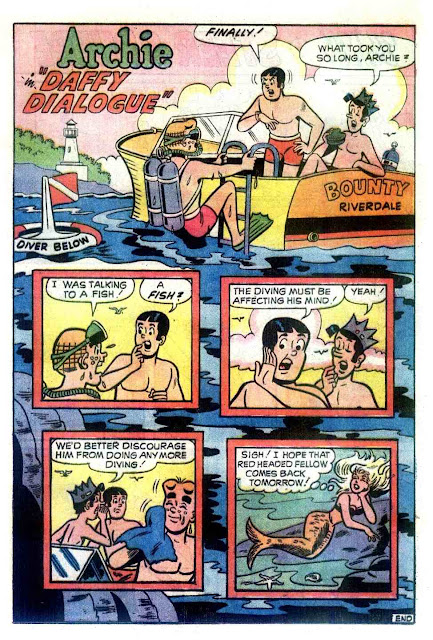 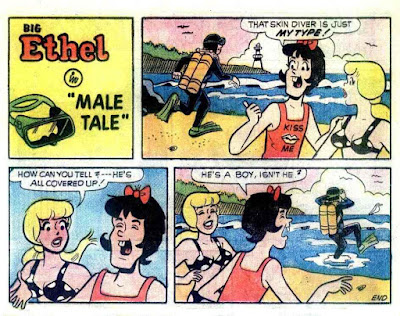 In addition to Archie's Joke Book Magazine there was also Jughead's Jokes and Reggie's "Wise Guy" Jokes. These next two gags are from the first issue of the latter (1968) . Pencils by Al Hartley with inks by John D'Agostino. 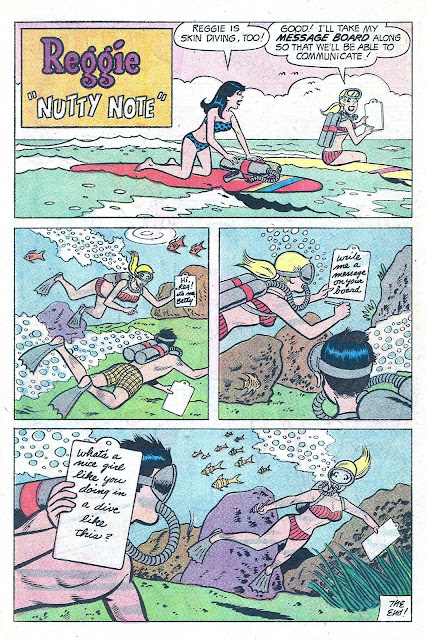 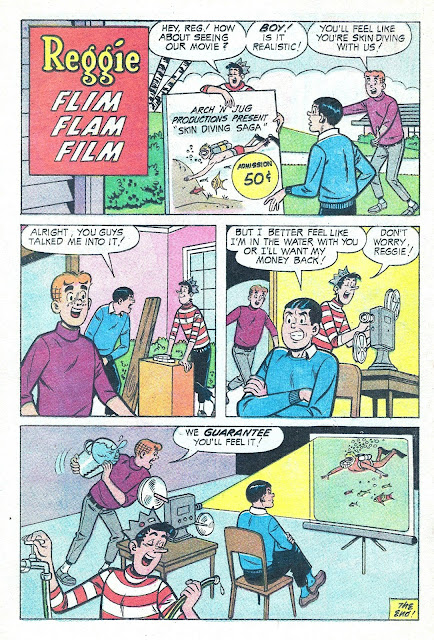 This final page is from 1987. Pencils by Stan Goldberg with inks by Rudy Lapick. 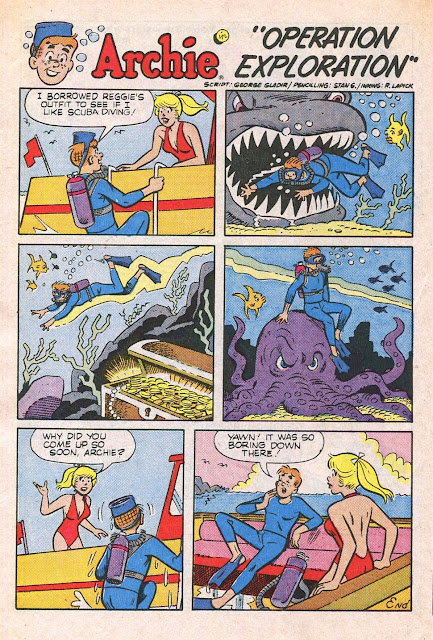