The Art of Dive! Dive! Diving!

Something a little different this time as we look at submarines of all shapes and sizes.

This panel from Captain Scarlet doesn't feature any divers but artist Mike Noble is a favourite of mine so I'm putting it in anyway! From a 2068(!) issue of TV21. 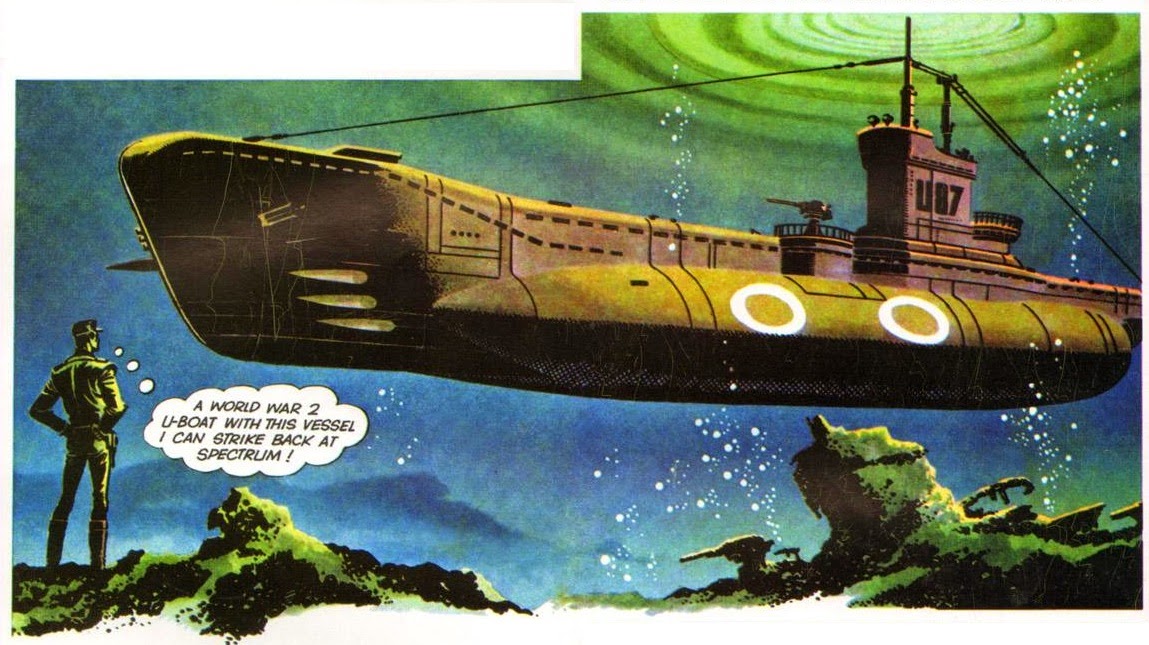 Click on this image to see the complete cover in all its glory.

This illustration by Ronald Simmons is from the 1958 Lion Annual. 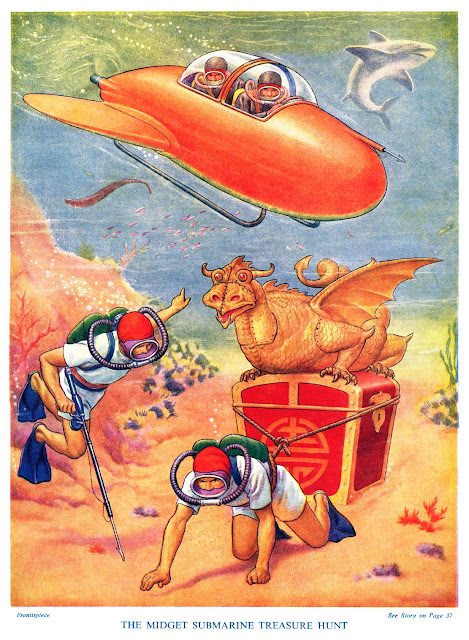 I couldn't feature submarines and not include an issue of Charlton's Submarine Attack. This 1958 cover is by Charles Nicholas and Vince Alascia. 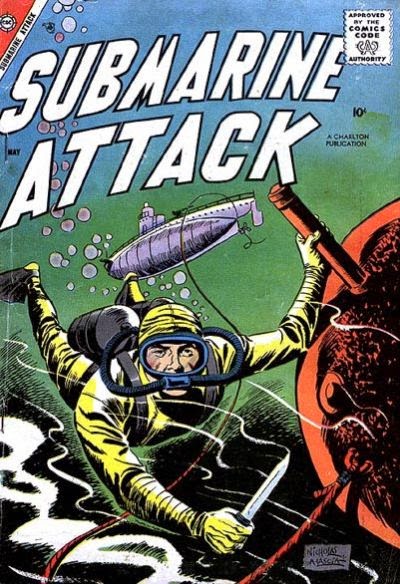 One of the most famous subs from the world of film and TV is of course the Seaview, seen here in a 1966 comic from Gold Key. 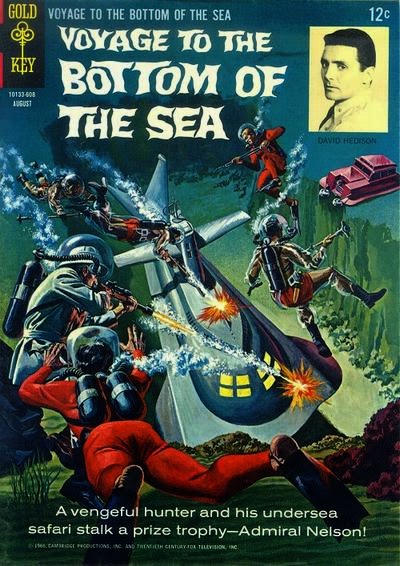 This Ken Riley painting, which may look familiar, is from a late 50s Saturday Evening Post. 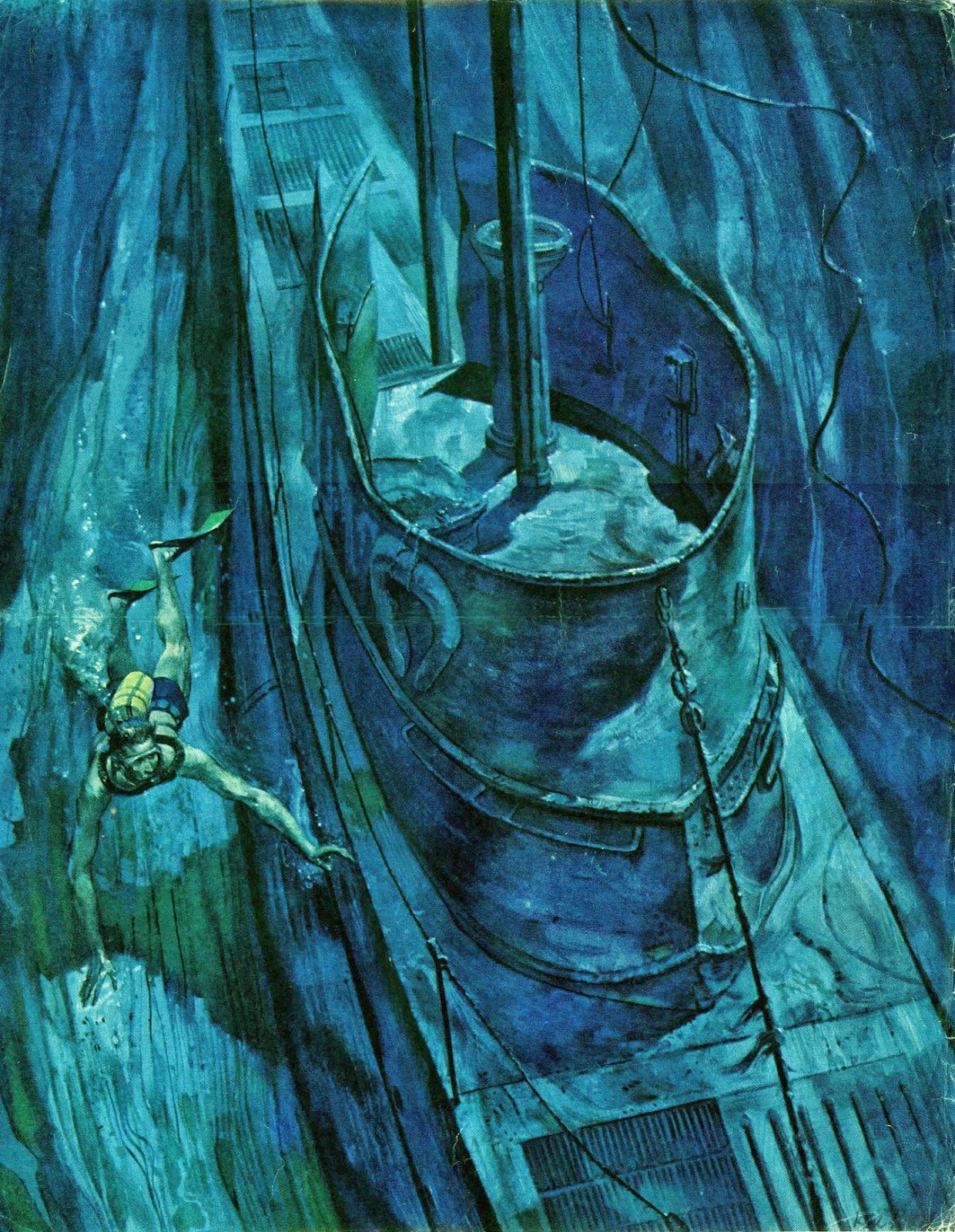 Hmmmm! Yellow wetsuits and pink chariots - not exactly the butchest bad guys around! (I'm assuming they're the baddies as I haven't actually seen the story this cover illustrates). 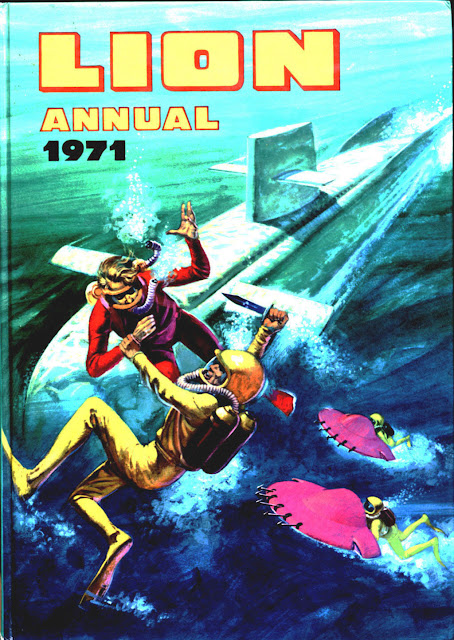 The Sea Devils attempt to learn the Secret of the Sunken Sub in this 1964 issue. Art by Russ Heath. 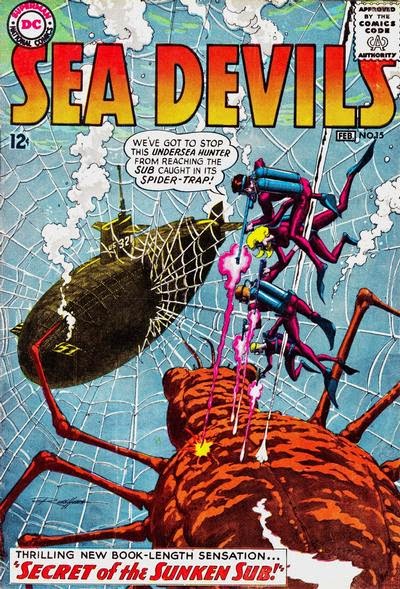 Despite the magazine name, I guess this 1964 one-man sub wasn't popular or we'd all be using them today! Cover by Robert McCall. 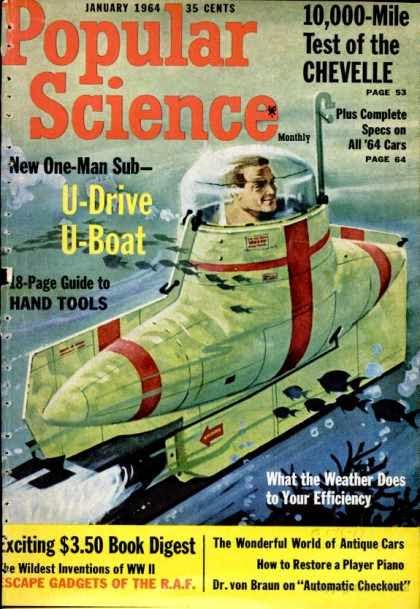