I'm a sucker for a good octopus picture and I hope you too enjoy the following selection.

First up is an issue of Men from 1953. Unfortunately I don't know who the artist is, nor am I able to share that 25-point check-list! 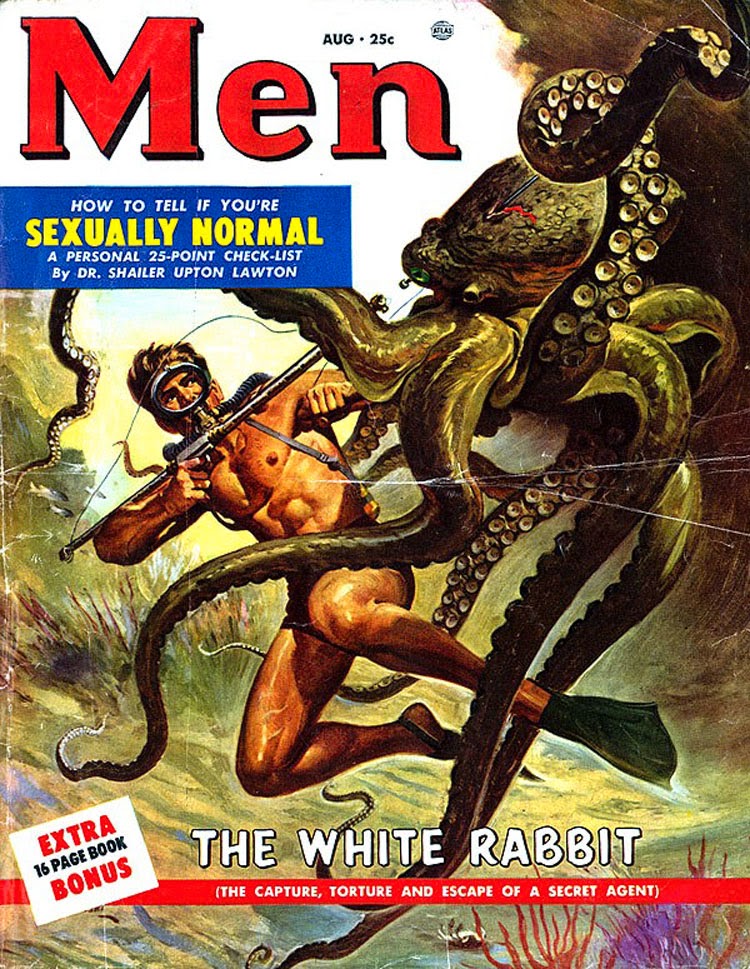 Jumping back a few years to 1928 we have this issue of Science and Invention. Frankly I'm not quite sure exactly what's going on in this picture but it features a wonderfully pop-eyed octopus and that's good enough for me! 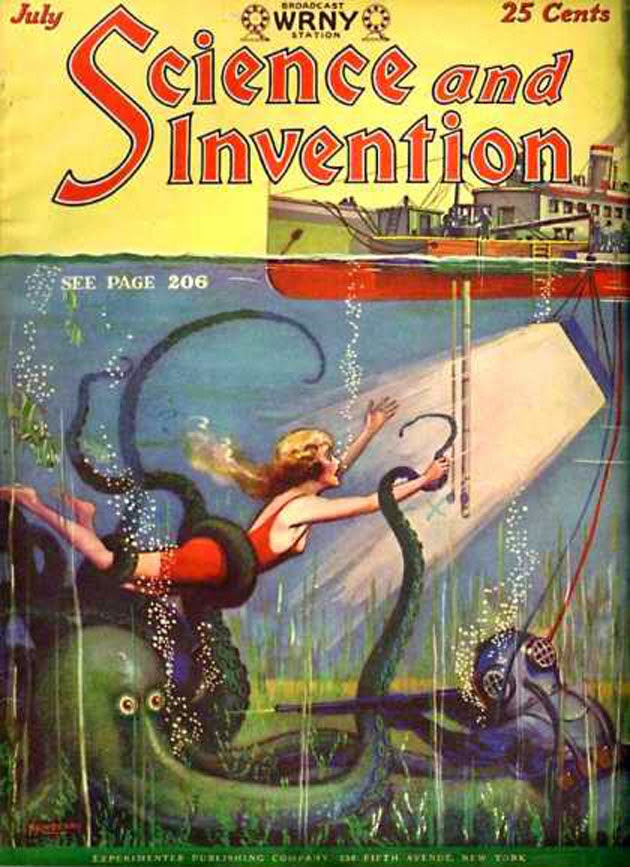 The next cover is from a book originally published in 1942. This paperback cover dates from1954 and is by John Floherty Jr. who was a combat artist at Iwo Jima and Okinawa during World War II. 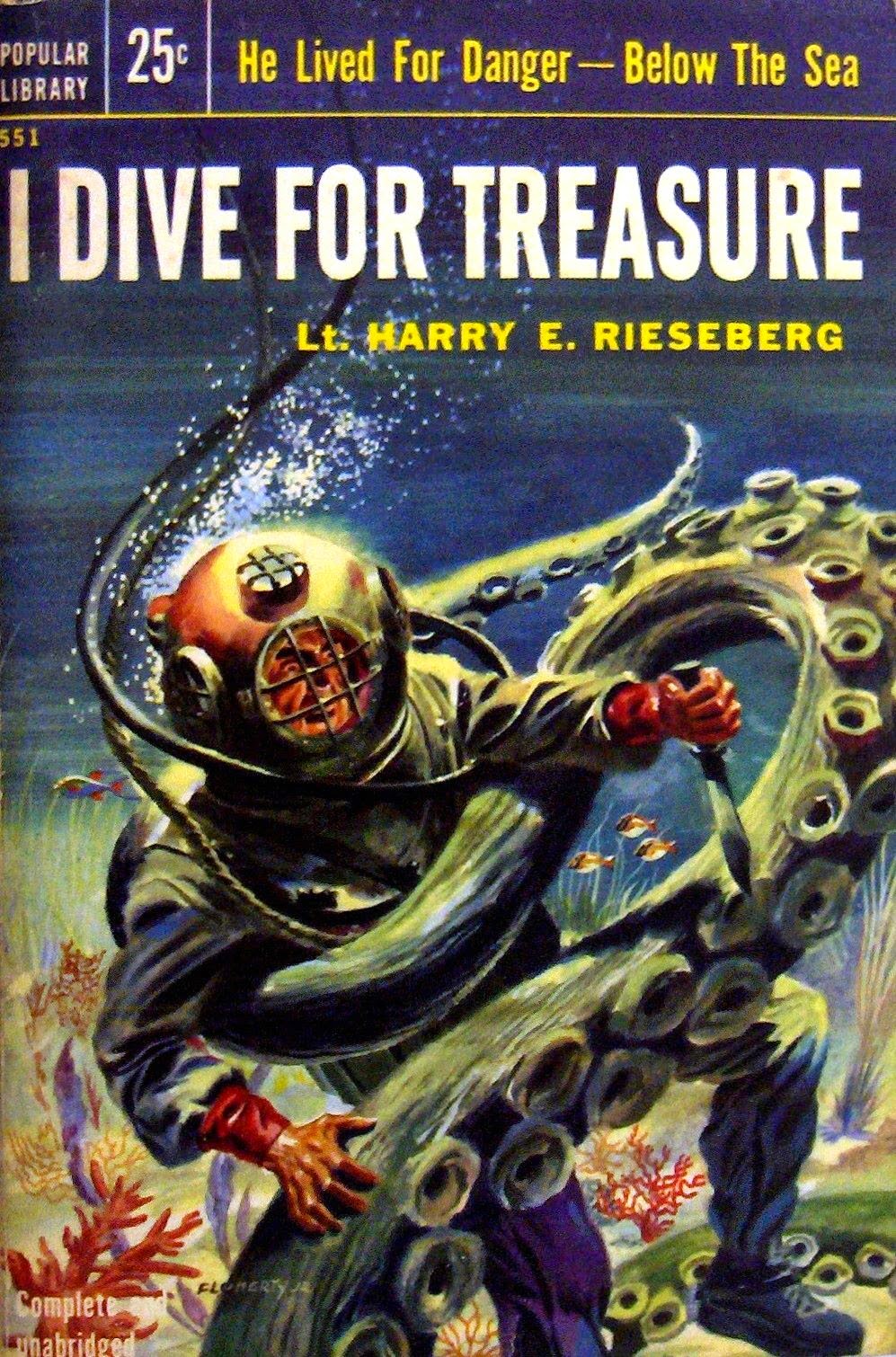 In 1964, Valiant's Tim Kelly had the following encounter with a giant octopus. The marvellously moody artwork is by one of the most prolific artists to work for Fleetway/IPC in the '60s and '70s, Francisco Solano Lopez (1928-2011). 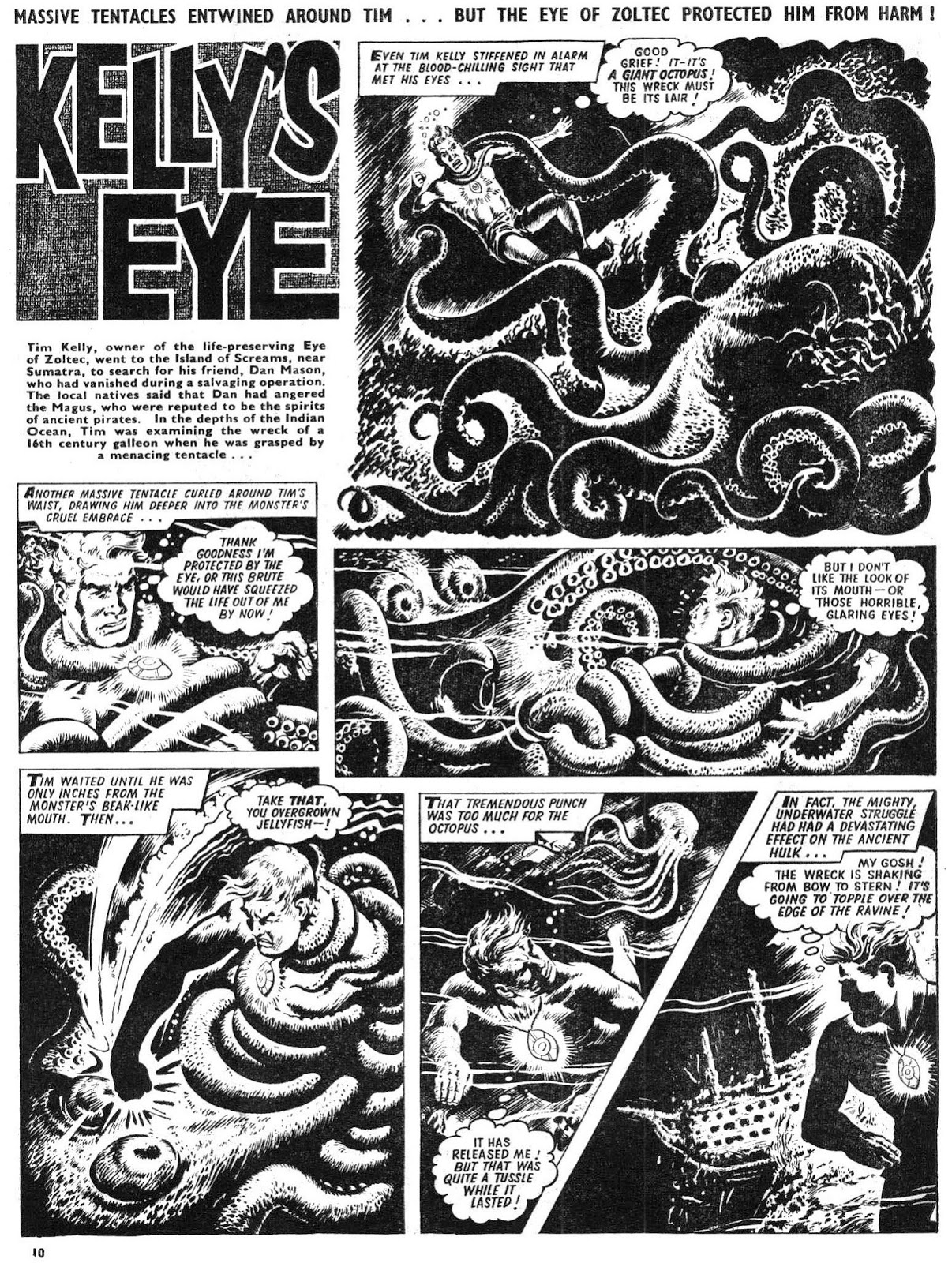 I've featured some covers from La Domenica Del Corriere in previous blogs. This one dates from 1927 and presumably is based on a true story. 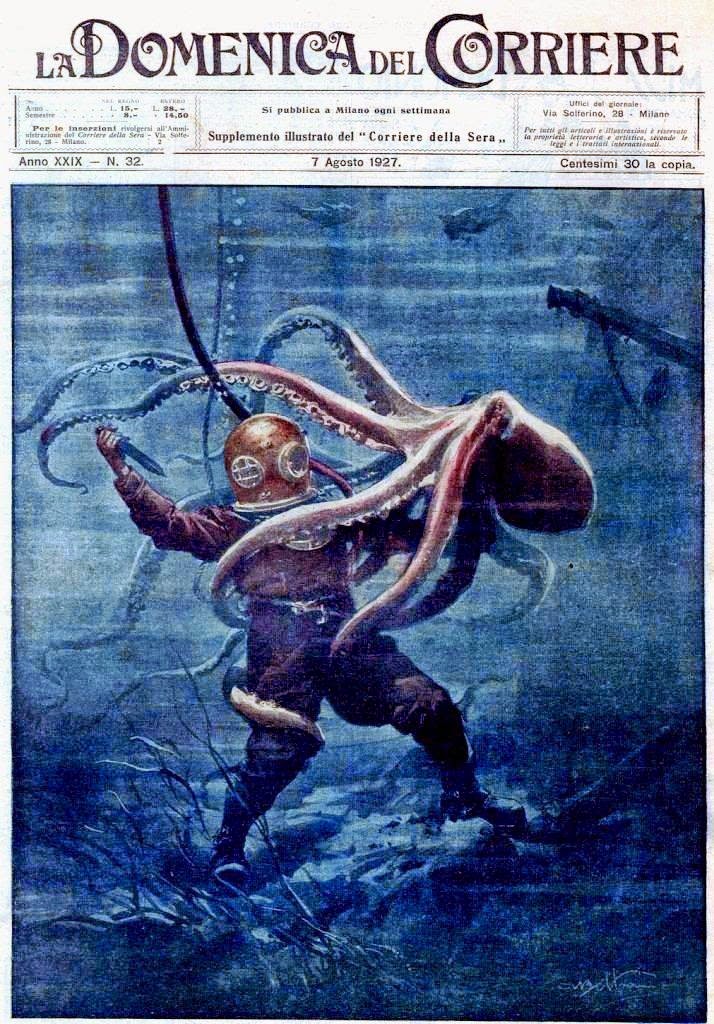 In 1965 the Sea Devils ran into this fella at, I'm guessing, forty fathoms (although they appear to be at the surface on the cover). Artwork by Howard Purcell. You can expect to see more of the daring quartet in future blogs. 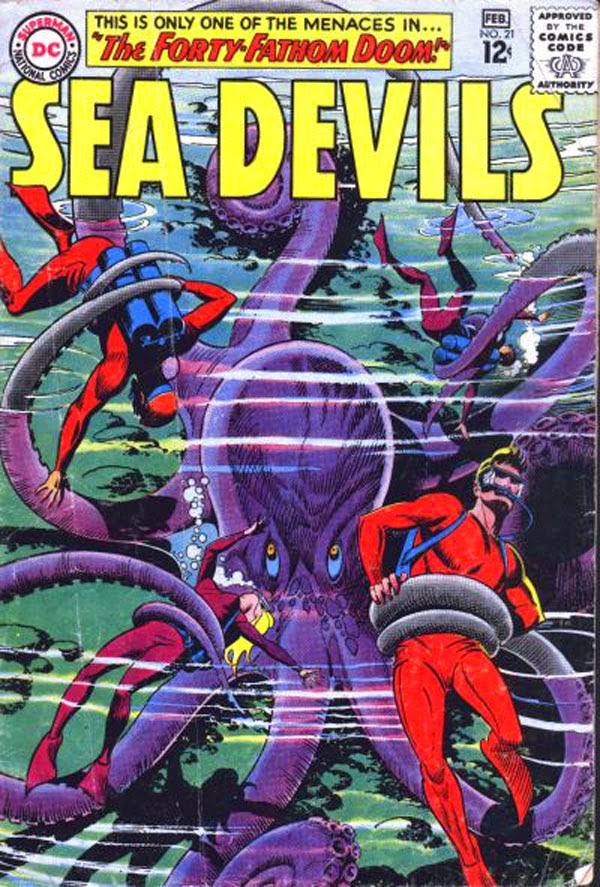