The Humorous Art of Diving - Homer

I was tempted to call this "The Homerous Art of Diving" which would have been bad even for me.

From the 40s through to the 60s, Henry Boltinoff produced numerous short filler strips for DC featuring the likes of Casey the Cop,  Varsity Vic, Super-Turtle, Slim, and Shorty. Cap's Hobby Hints was his final strip. Sometimes it seems like they came up with a new character for every strip but many of them did in fact feature more than once. These five Homer strips all appeared, appropriately enough, in various issues of Aquaman  published in 1962-3. (Click for larger images). 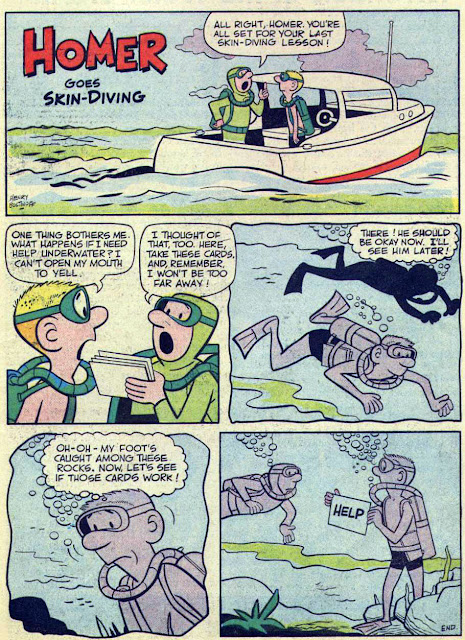 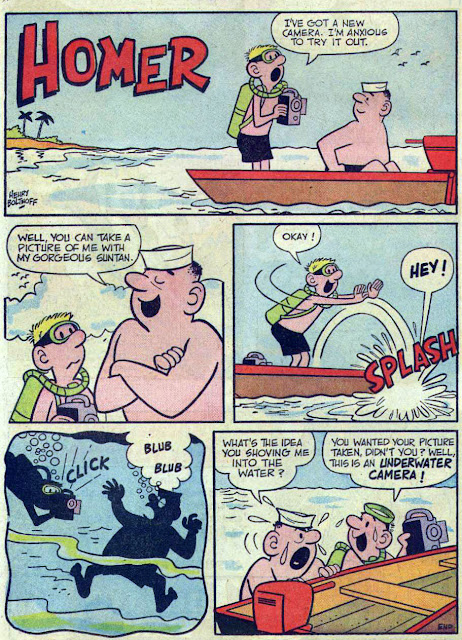 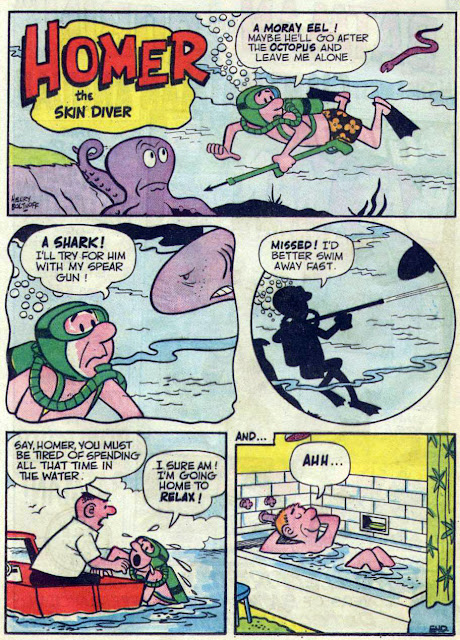 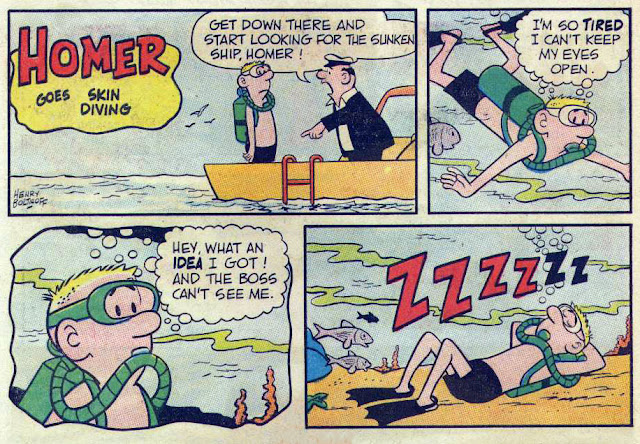 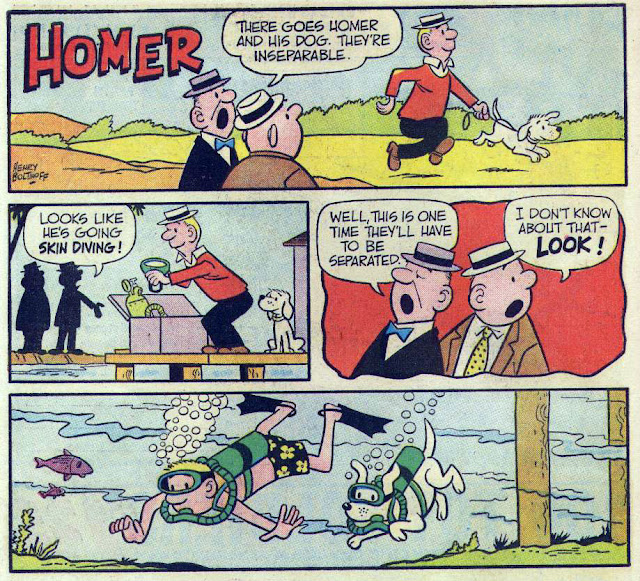 Look out for more Homer and other Boltinoff characters, coming soon to The Art of Diving!

Henry Boltinoff (1914-2001), brother of writer and editor Murray, began working as a cartoonist in his teens with his work appearing in The New York American. He also worked on longer strips for DC in the 40s including Leave it to Binky, Buzzy and Dover & Clover. In 1969 he became the writer on teen-humour comics Date with Debbi and Swing with Scooter. He also worked for Harvey Comics and Fawcett Publications as well as drawing several newspaper strips over the years. From 1960 - 1985 he drew the single-panel cartoon Stoker the Broker which appeared in various financial publications. In 1981 this won him an award from the National Cartoonists Society.