The Archie of Diving - The Deep Six

Here's a complete six-page Archie story from 1959 to brighten your day. This story originally appeared in issue 135 of Pep Comics, the title in which Archie made his first appearance in 1942. The Deep Six was written by Frank Doyle and pencilled by Harry Lucey with inks and lettering by Terry Szenics. (Click for larger images). 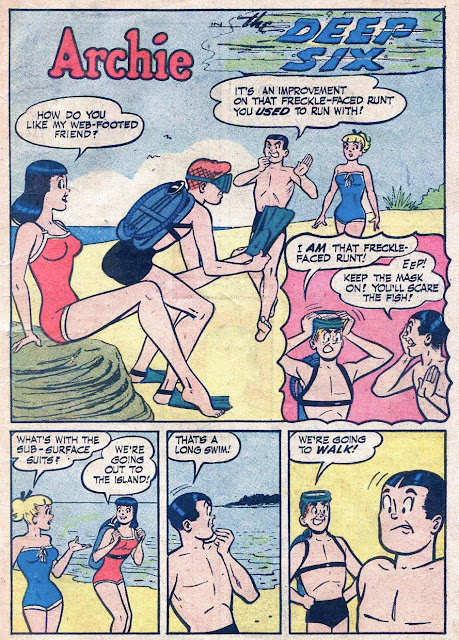 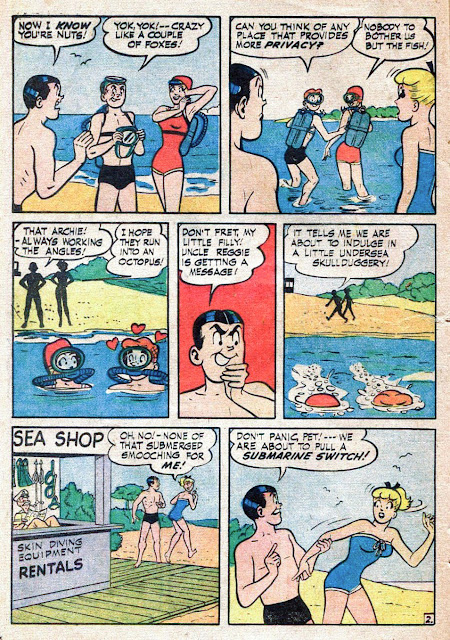 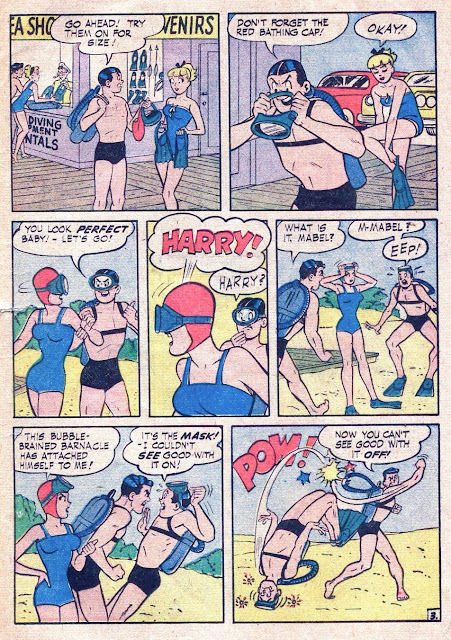 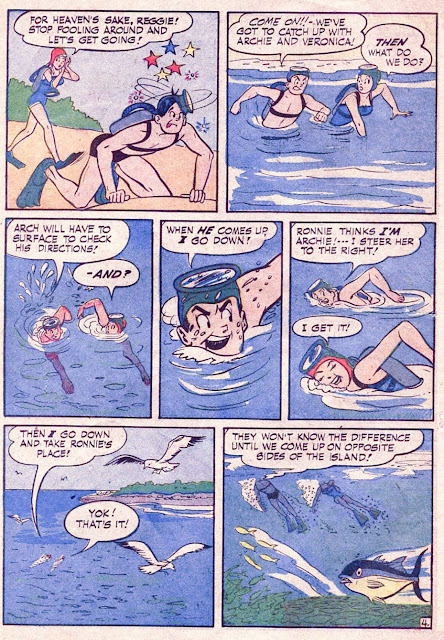 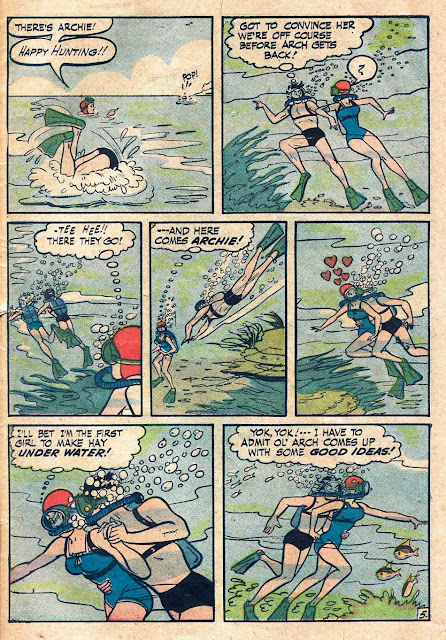 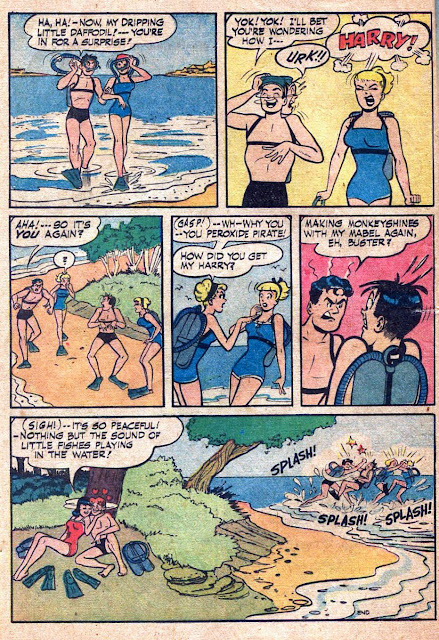 Harry Lucey (1913-1984) graduated from Pratt University in 1935. He worked in a studio with original Archie artist Bob Montana and they both worked for the publisher MLJ. He worked on characters such as The Hangman and Madam Satan.

After serving in the army he spent several years in advertising before returning to MLJ which was now called Archie Comics. He drew some adventure and romance titles, including the detective Sam Hill, but primarily worked on the teen humour books. He was the main artist on the flagship Archie comic from the late fifties until the mid-seventies. He also drew many house ads for the company.

Like Samm Schwartz he had his own distinct style rather than following the Dan DeCarlo house style and he was a master of body language and physical comedy. Artist Jaime Hernandez of Love and Rockets fame has named him as an influence. In the late sixties he developed an allergy to graphite and reportedly wore gloves while drawing. In 1976 he abruptly retired after being diagnosed with Motor Neurone Disease and died of cancer in 1984.

Fun trivia time: Lucey's sister-in-law Betty had briefly dated Bob Montana and was the inspiration for the character of Betty Cooper.