Two of a Kind - Peter Arno

Peter Arno (Curtis Arnoux Peters Jr. 1904-1968) was a cartoonist famed for his work on the New Yorker magazine. He produced 99 covers and many interior illustrations. One 1941 cartoon by Arno and one of his gag writers coined the phrase "back to the drawing board". 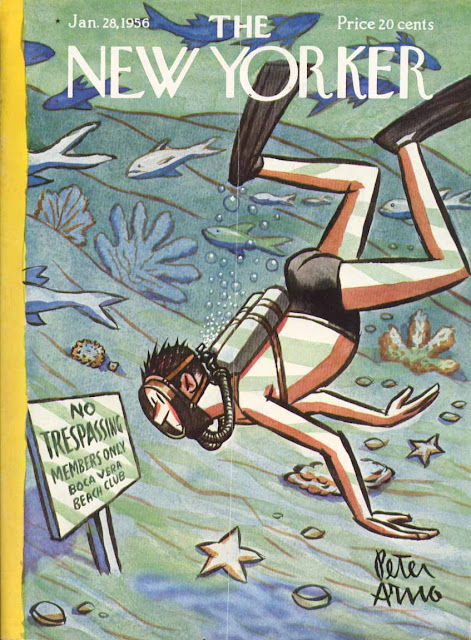 I know this 1943 cartoon doesn't feature diving per se but it's a great image so I'm sure you'll indulge me. It was one of Arno's most celebrated cartons and Man in a Shower was the title of one of the many collections of his work. 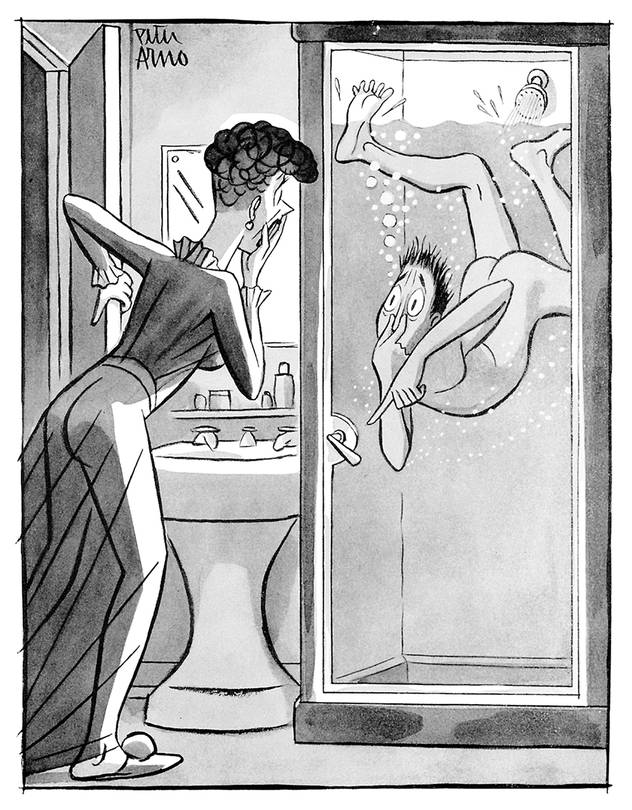