By mid-1970 the once-great TV21 was dying a lingering death. Issue 38 of the second series had seen the last Gerry Anderson strips  to appear in the magazine and issue 39 saw a revamp with some new stories. One of these was S.N.O.R.K.E.L. which featured the underwater exploits of diving instructor Johnnie Webb. The first story ran for 15 instalments which I'm going to be bringing you over the next seven weeks.

The art is by José Ortiz Moya (1932 - 2013). You can read more about him here.  The strip was chosen to feature on the cover for issue 39 which was painted by Alan Willow. 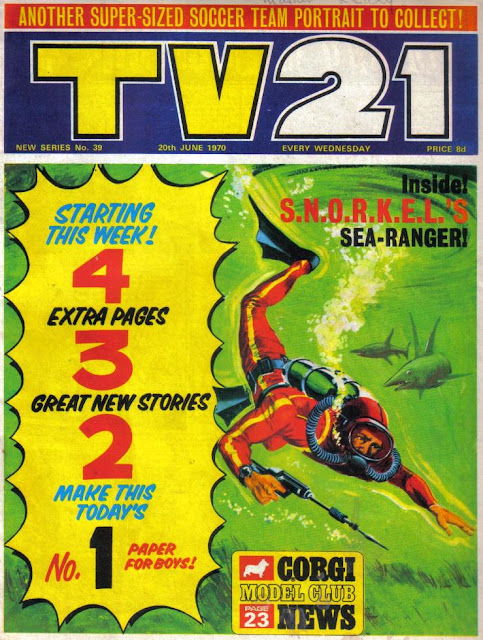 I'm starting off this week with the first three parts of the story (Click for larger images). 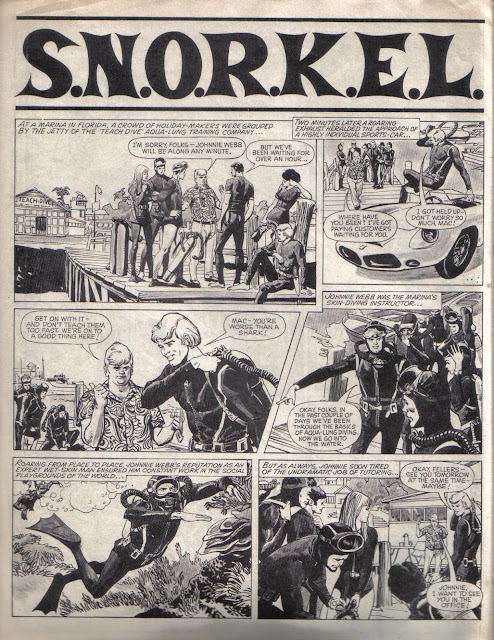 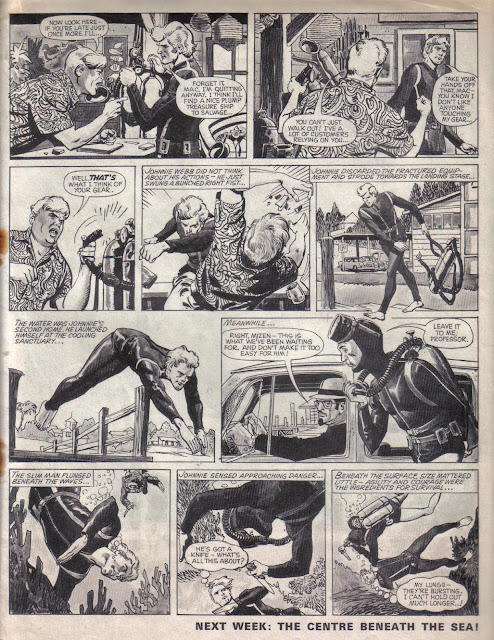 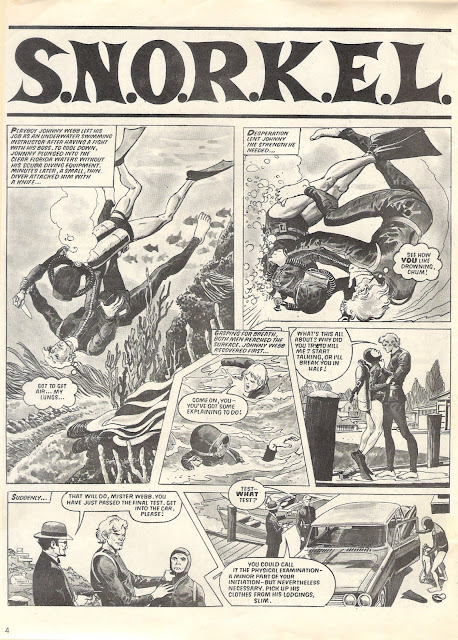 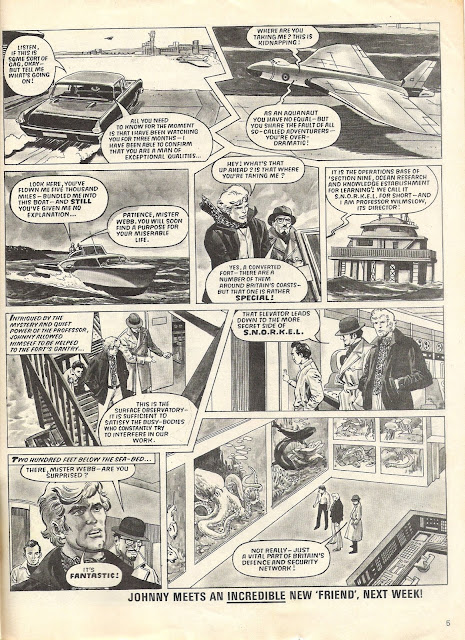 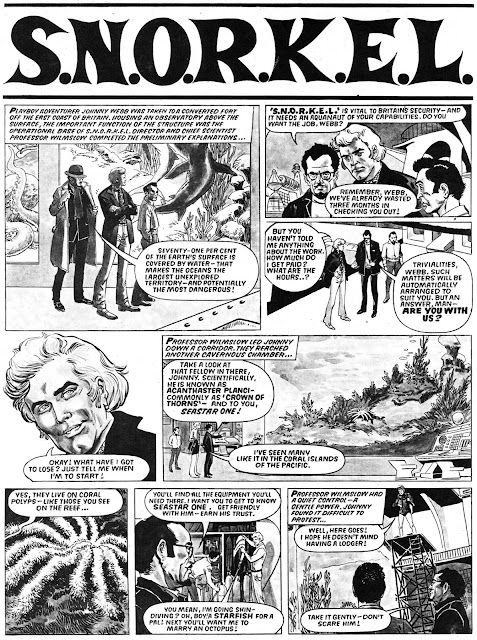 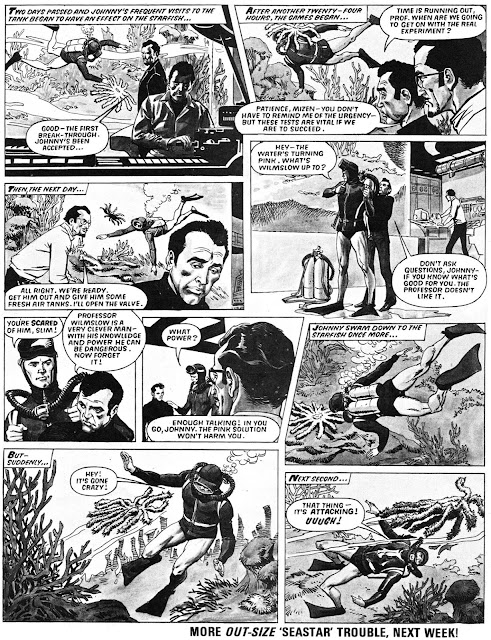