Two of a Kind - Chanoc

Chanoc was a long-running Mexican comic series that first appeared in 1959. Over 1100 issues were published until circa 1980. The tag-line on the cover promised adventures in the sea and the jungle. The eponymous hero was a fisherman and adventurer, accompanied by his godfather, Tsekub.

The series was originally created from a rejected film script and it eventually proved popular enough to spawn a series of films between 1967 and 1983.

I hope to feature more Chanoc in the future but in the meantime enjoy these covers from 1969 and 1978 respectively. Judging by these examples, Tsekub is partial to a colourful pair of shorts when he goes diving! (Click for larger images). 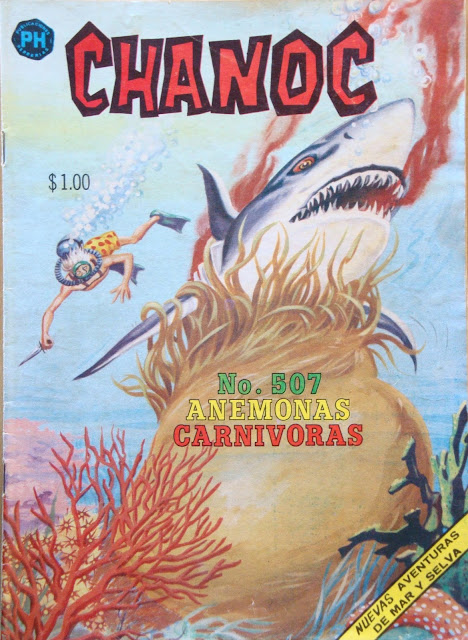 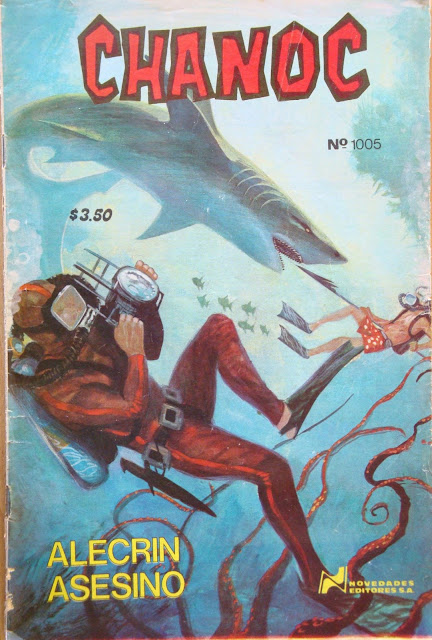