The Saucy Art of Diving

They say sex sells and today I'm featuring three covers that were obviously designed with that in mind. The two artists that I've identified, Darrel Millsap and Robert Bonifils, were both well known for their titillating covers for lines such as Candid Reader, Midnight Reader and Nightstand Books.

The Case of the Naked Diver (1961) was written by prolific author W.E.D. Ross using one of his many pseudonyms, Olin Ross. His other novel using the same name was Lust Planet. Cover by Darrel Millsap (1931 - 2012). Thanks to Chris for the scan. (Click for larger image). 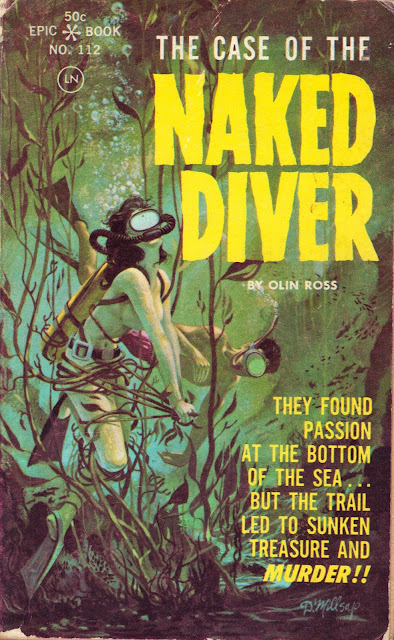 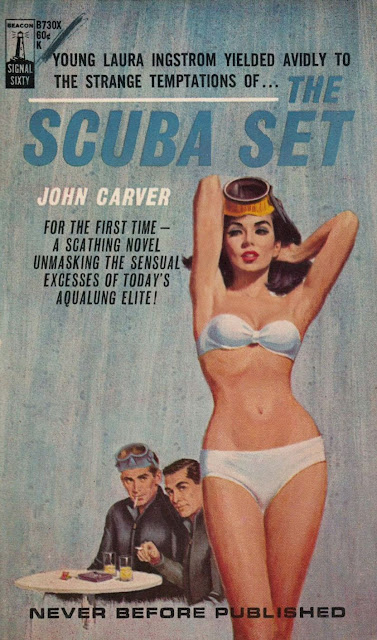 The Sex Ray was published in 1966 and features a cover by Robert Bonifils with a hand-lettered title by Harry Bremner. You can see more of Bonifils' work on his website. 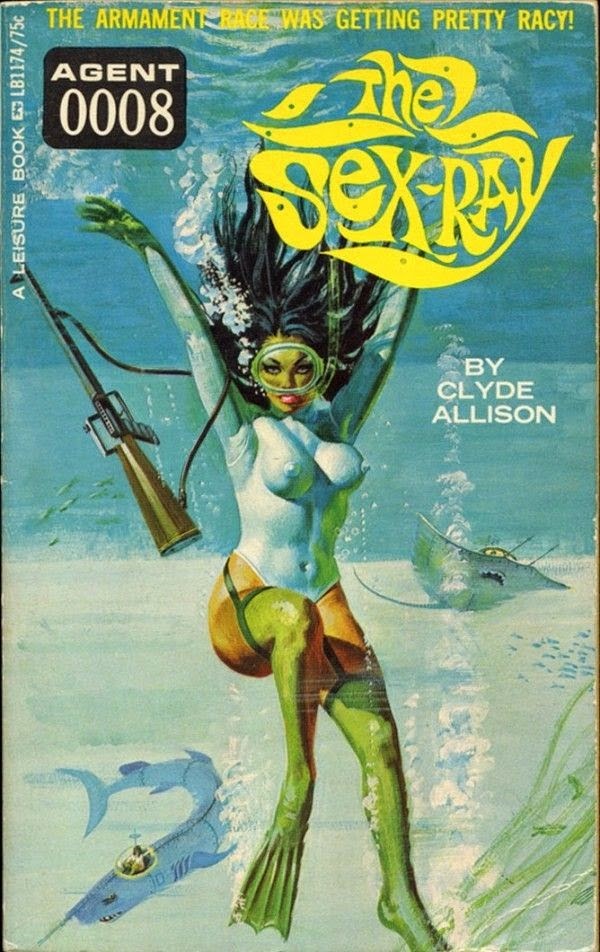 Author William Henley Knoles has been described as "the greatest unknown author of our times." He chose the name Clyde Allison when writing sleazy novels for the Nightsand line and later used it for a series of 20 spy spoofs featuring Trevor Anderson aka Agent 0008. Some of the titles, such as Gamefinger and For Your Sighs Only were obviously taken from James Bond while one book had him meeting a character called Modesta Blaze! You can read all about Knoles/Allison here.