The Art of Diving with Modesty - Extras

This post features some Modesty Blaise odds and ends.

First up, thanks to Kenneth Lee Webber from the Modesty Blaise Facebook group, comes one of Neville Colvin's pages from the abandoned Sunday page version of The Scarlet Maiden (for more on this story and Neville Colvin see my earlier post.) 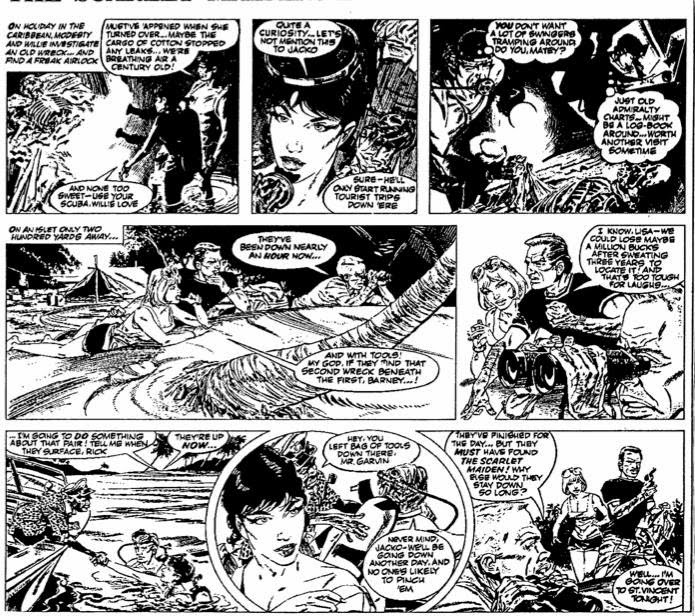 Also from The Scarlet Maiden is this 1982 cover from the long-running Swedish publication Agent X9 (originally X9) which is also published in a Norwegian edition. The magazine, which has a long history of reprinting Modesty Blaise strips, takes its name from the American newspaper strip Secret Agent X-9 (later renamed Secret Agent Corrigan). 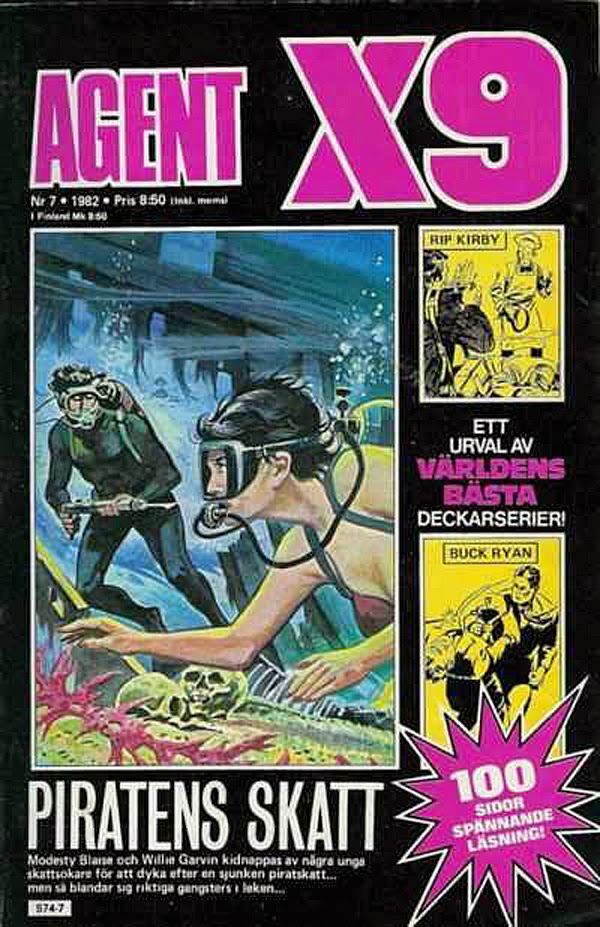 This 2001 cover by Enric Romero is from the final Modesty Blaise strip story, The Zombie. Although it makes a striking cover it's a little misleading as Modesty is only seen diving in a couple of panels. 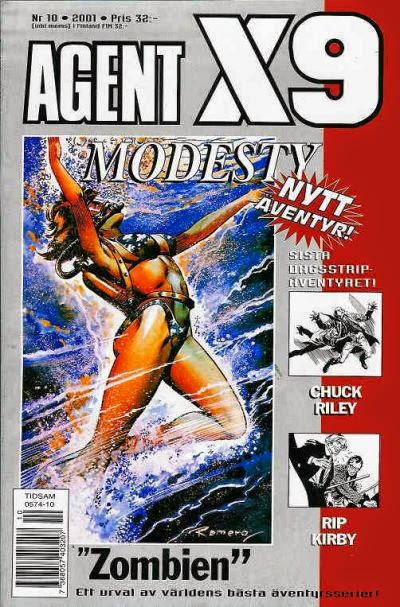 The next cover is from 1968 and the story Bad Suki. 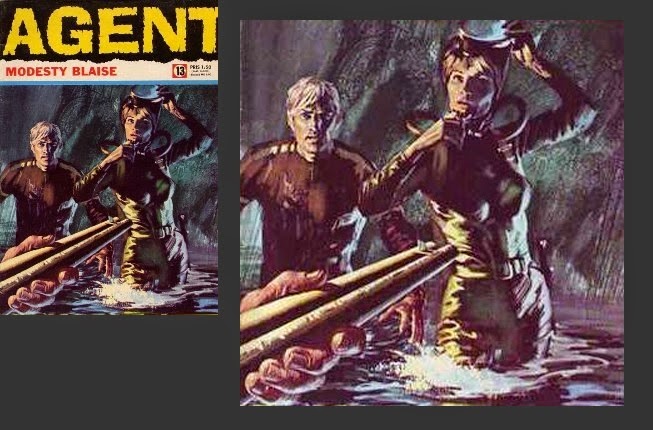 Finally, leaving the strips behind, we have this German cover from the fourth Modesty Blaise novel, A Taste for Death. 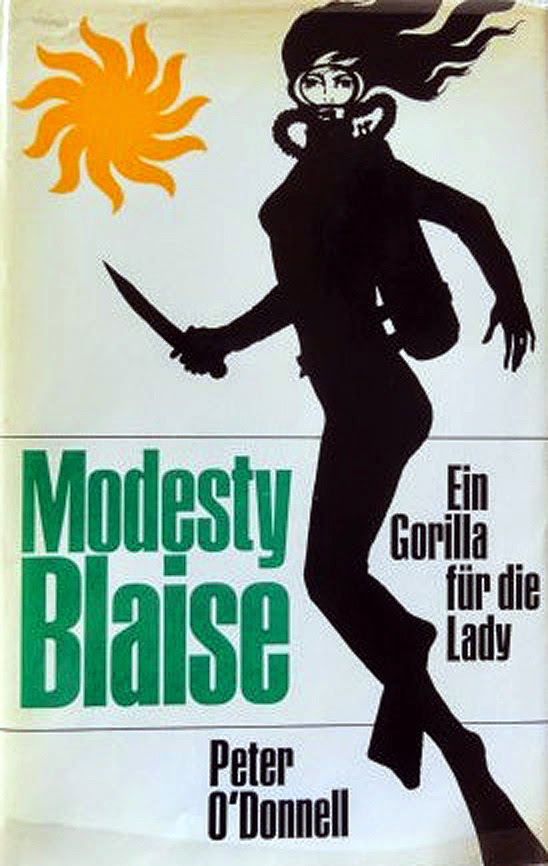