The Archie of Diving - Secrets of the Deep Part One

Although most 20th century Archie comics were humorous in nature, they did publish some titles where the gang had adventures and even grappled with moral issues. One of these titles was Archie at Riverdale High which was published for 113 issues from 1972 - 1986. This story appeared in issue 101 which was on sale in December 1985. It has subsequently been reprinted in various Archie digest magazines. 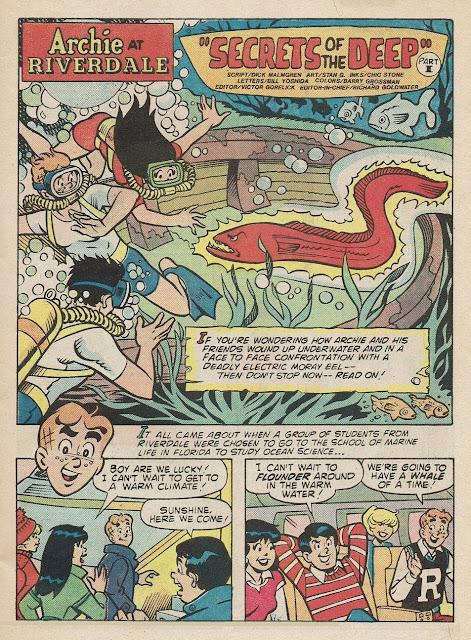 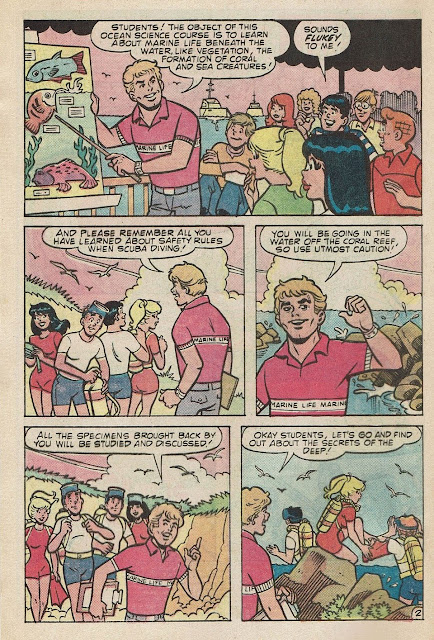 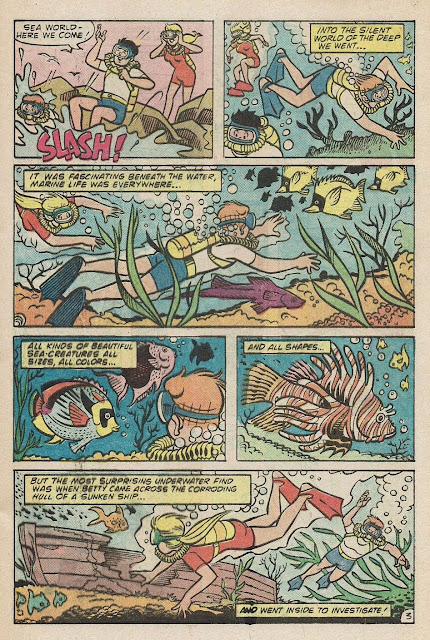 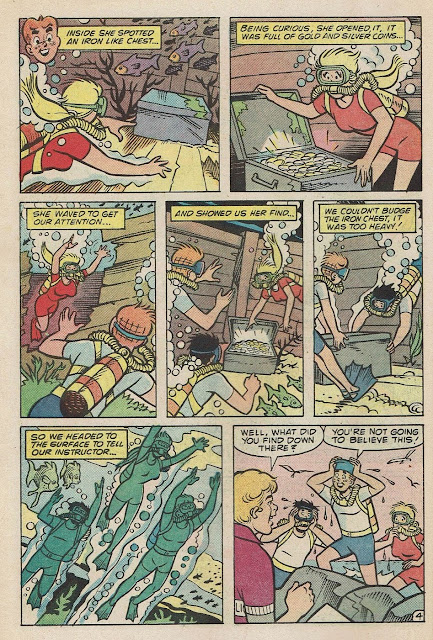 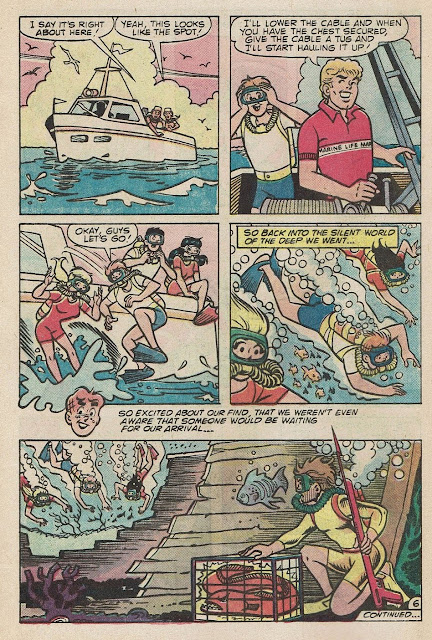 Come back tomorrow for the conclusion where I'll also talk about artists Stan Goldberg and Chic Stone.