I'm gonna get you sucker!

Following on from this 2014 post, here's another selection of octopus encounters with the occasional squid thrown in at no extra charge! 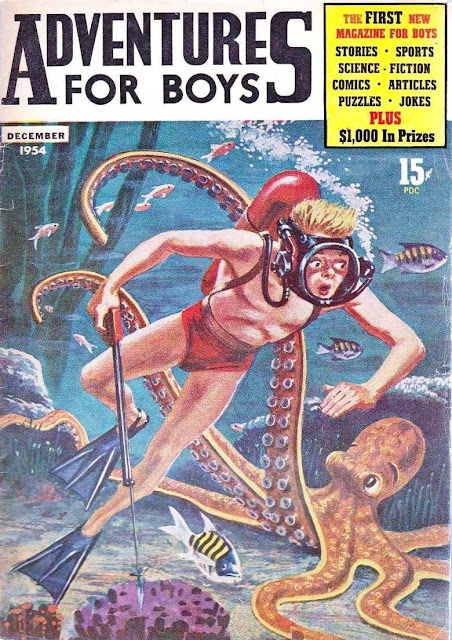 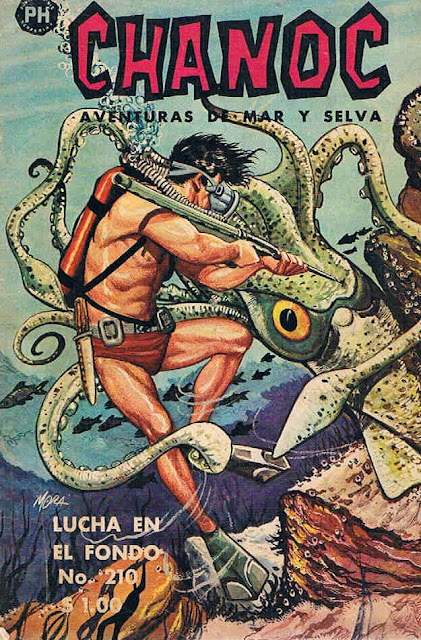 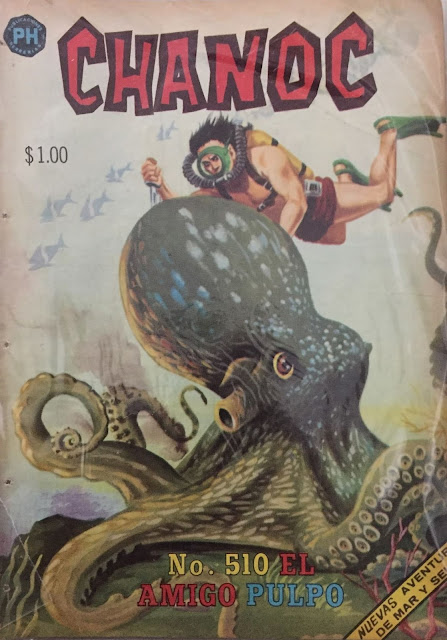 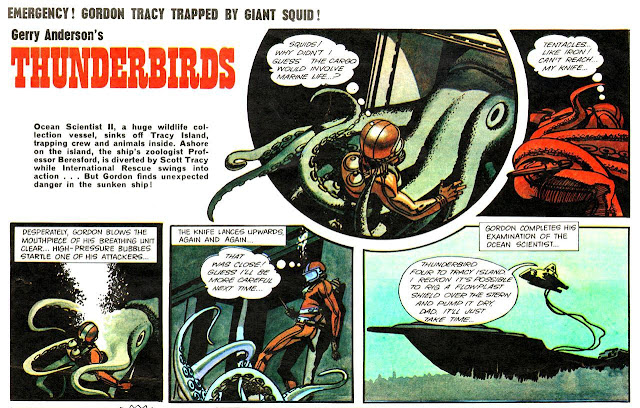 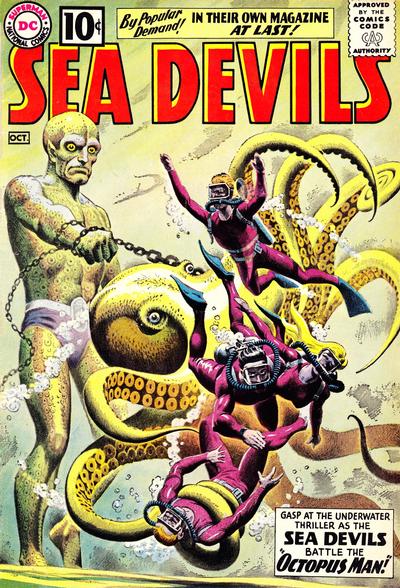 Part of me wishes octopuses really did have eyes like this fella! Date and artist unknown. 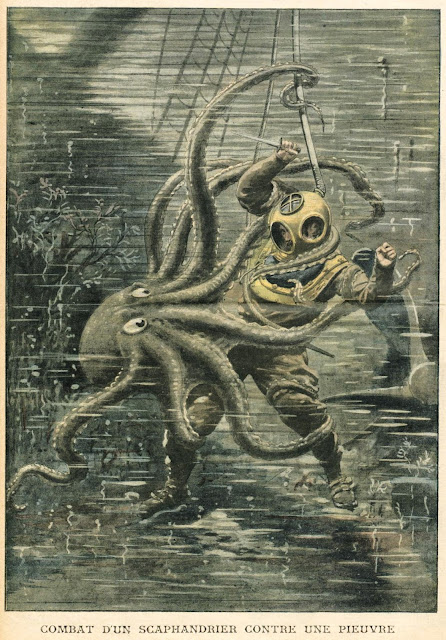 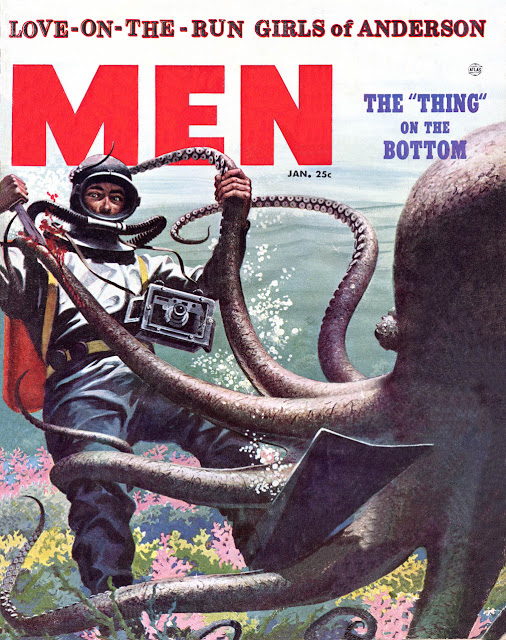 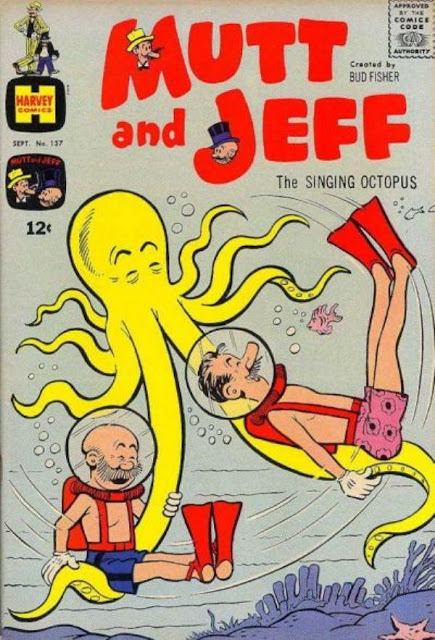 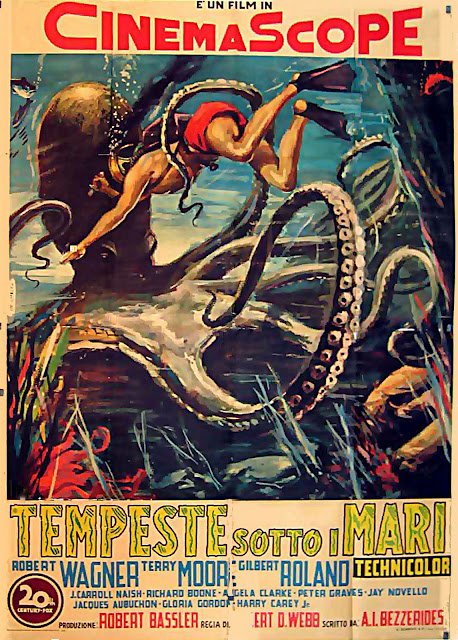 1962. From the feature page It Really Happened in Valiant. Art by Graham Coton.