The Art of Action Man Part One

If anyone wants to quibble about the title of this post, I know G.I Joe came first but I'm British and grew up playing with Action Man so that's what I'm going with!

Toy company Hasbro launched the first G.I. Joe action figures (not dolls!) in the USA in 1964. In 1966, Palitoy licenced the concept and launched the range in the UK using the name Action Man (the original G.I. Joe range was made up of the Action Soldier, Action Sailor, Action Marine and Action Pilot). Various diving outfits were made and I'm going to share some of the artwork used on the packaging.

The lovely artwork above was used on the original Action Sailor boxes and also for the Frogman outfit.

The artwork was also used in ads that appeared in boys' comics of the period: 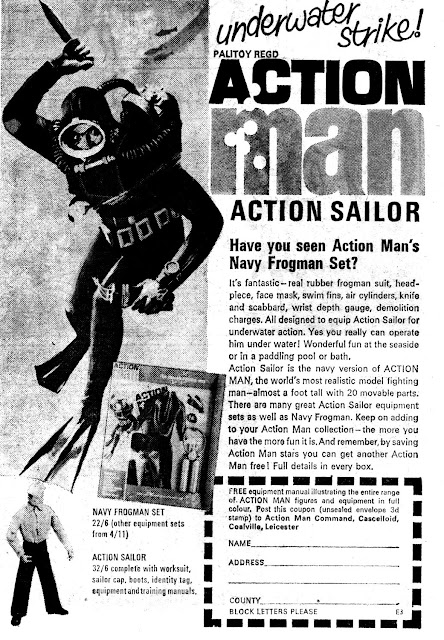 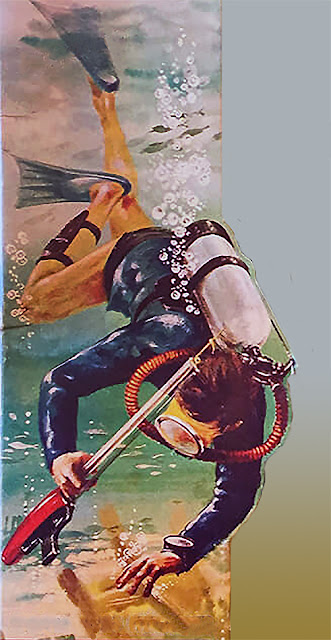 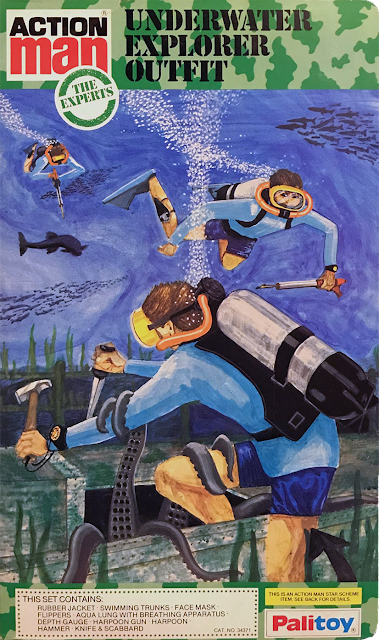 Look out for part two where I'll share some artwork for the Deep Sea Diver outfit.