Cigarettes. Bubble gum. Cereals. Ice lollies. Tea. Comics. What do these products have in common? They've all given away sets of collectable cards. I must have spent a fortune on bubble gum as a kid, collecting various card sets! There's a history of how French Tradesmen's cards led to cigarette cards by the tail-end of the 19th century here.

Tea company Brooke Bond started giving away cards in their packets of tea in 1954, a practice that continued until 1999. A total of 57 sets were issued in the UK with further sets in other countries. I'm going to be looking at set B27 from 1974: The Sea - our other world. I've previously featured a few of the cards in an earlier post but now I'm presenting the complete set of 50 in their associated album.

The cards were painted by artist Ley Kenyon who you can read about in my earlier post. 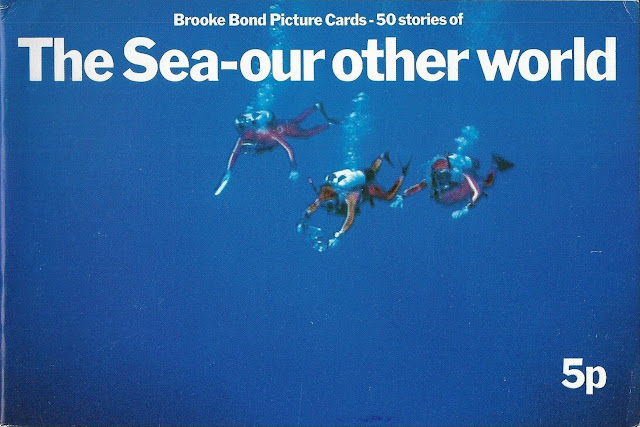 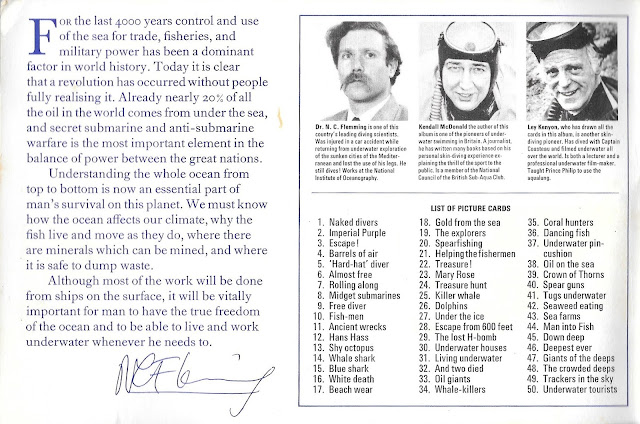 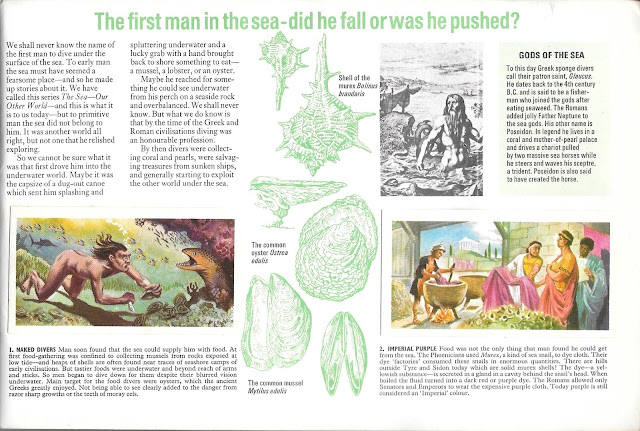 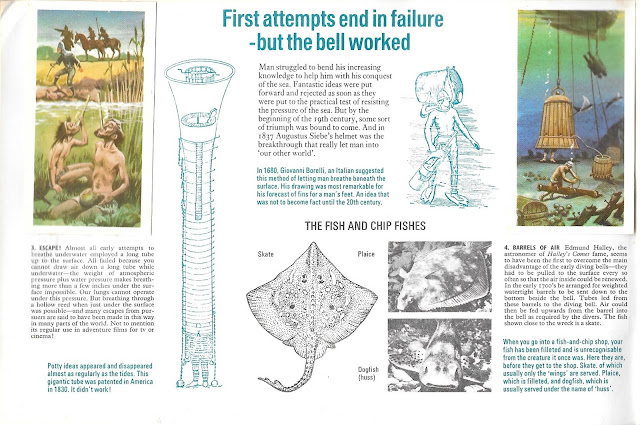 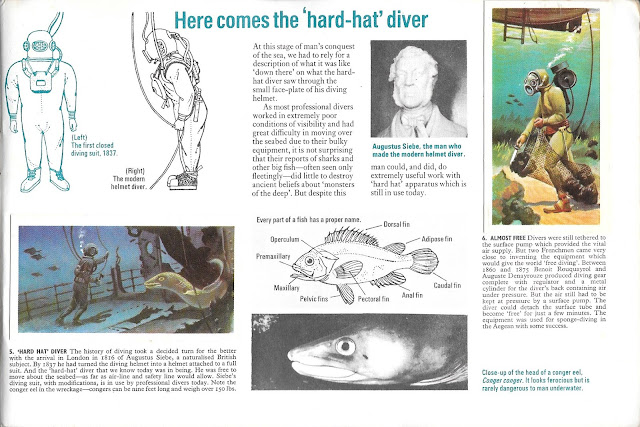 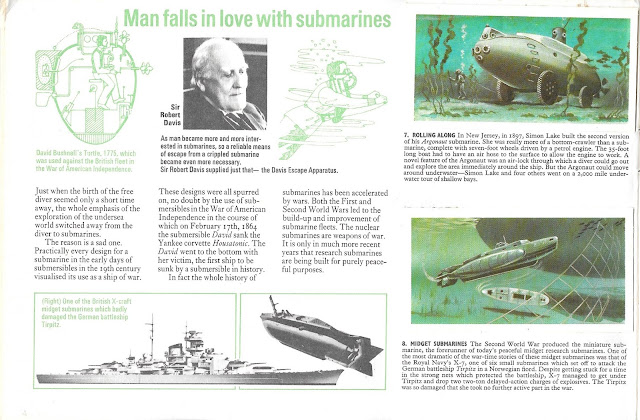 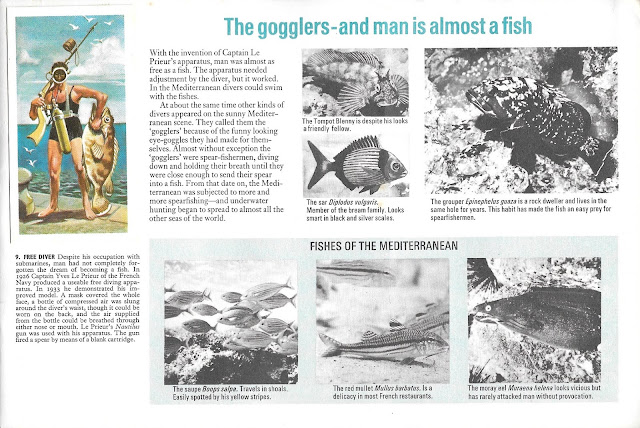 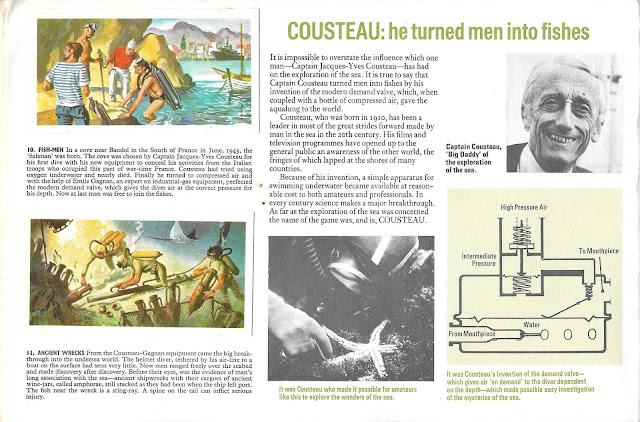 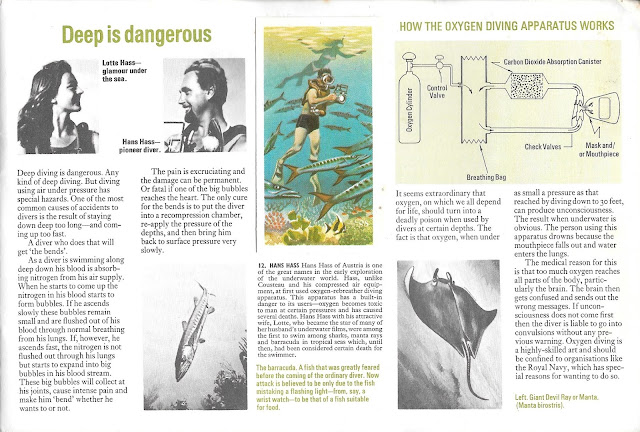 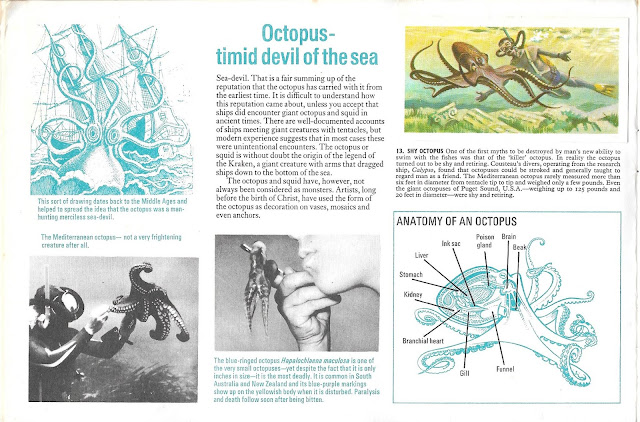 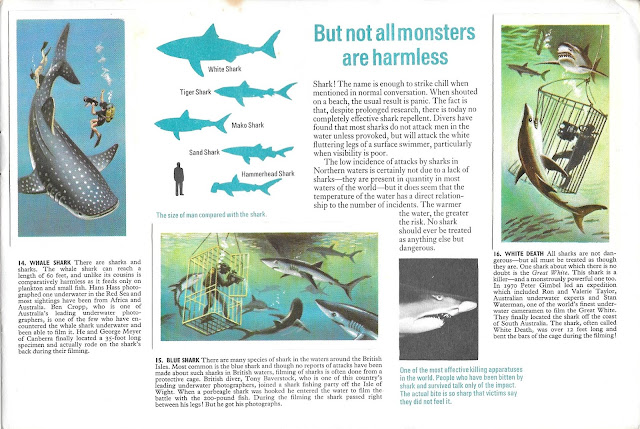 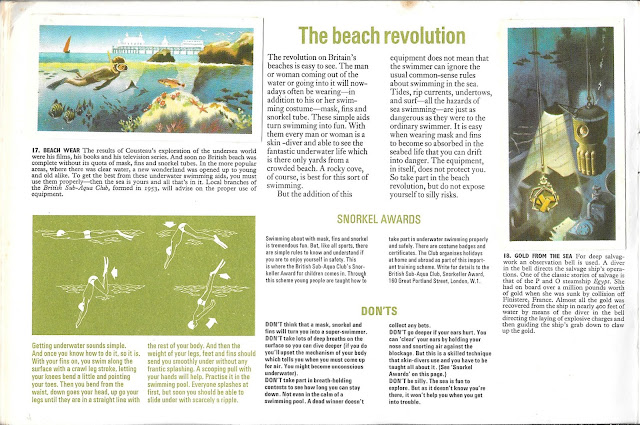 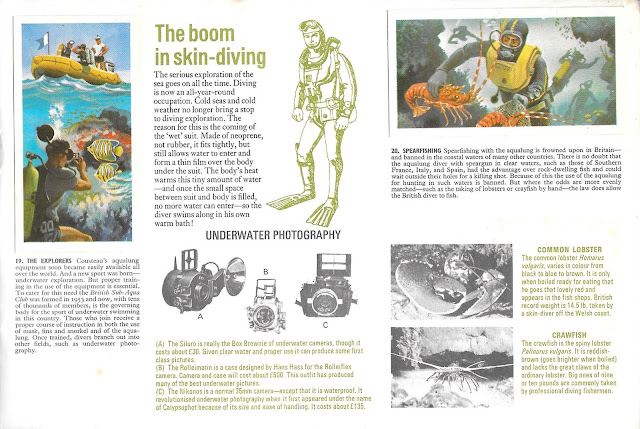 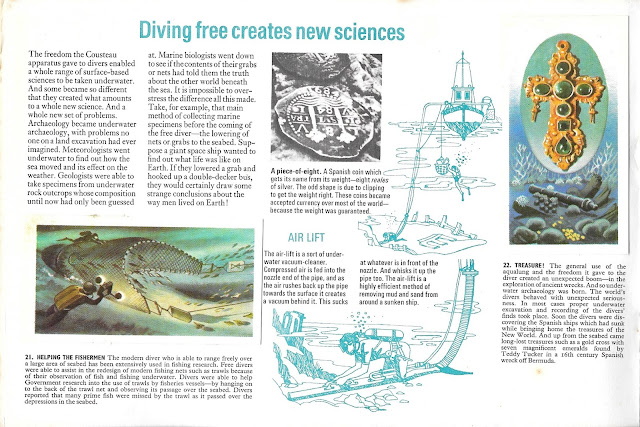 Come back tomorrow for part two.