The Art of Ley Kenyon

Today we're looking at the work of diver and artist Ley Kenyon.

A war hero, Bennett Ley Kenyon was one of the prisoners in the infamous Stalag Luft III and was part of the events dramatised in The Great Escape. His artistic skills saw him working as one of the camp forgers producing fake documents. In the absence of any cameras, he also produced six drawing that documented the tunnels. One source claims that the work damaged his eyesight and he wasn't allowed to be one of the escapees, while another says that it was simply that the tunnel was discovered before he could escape. I haven't been able to confirm which is correct but whatever did prevent him escaping almost certainly saved his life. 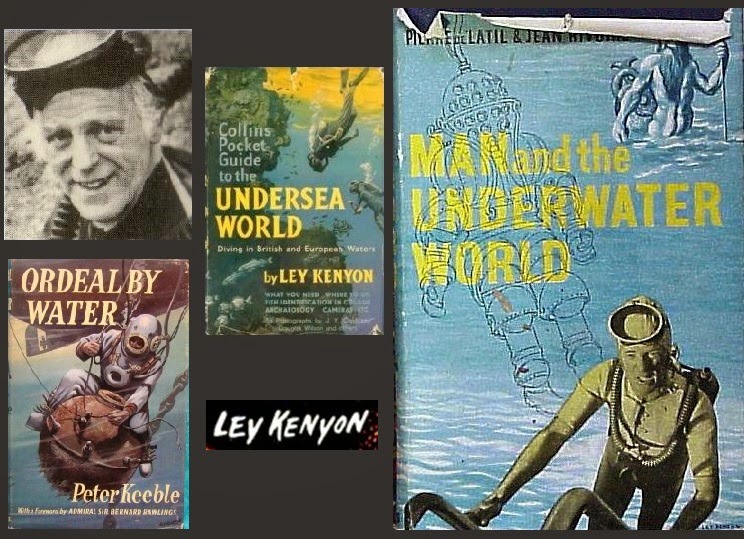 After the war, in addition to being an artist and author, Kenyon was himself a diver who worked with Cousteau in the 1950s. He wrote and illustrated a number of books including Aqualung Diving (with Werner de Haas, 1956), Collins' Pocket Guide to the Undersea World (1956) and Discovering the Undersea World (1961). His work also graced the covers of other authors' books, including diving pioneer Hans Hass. The cover of Pierre de Latill and Jean Rivoire's Man and the Underwater World features artwork by Kenyon and he is also the diver pictured. 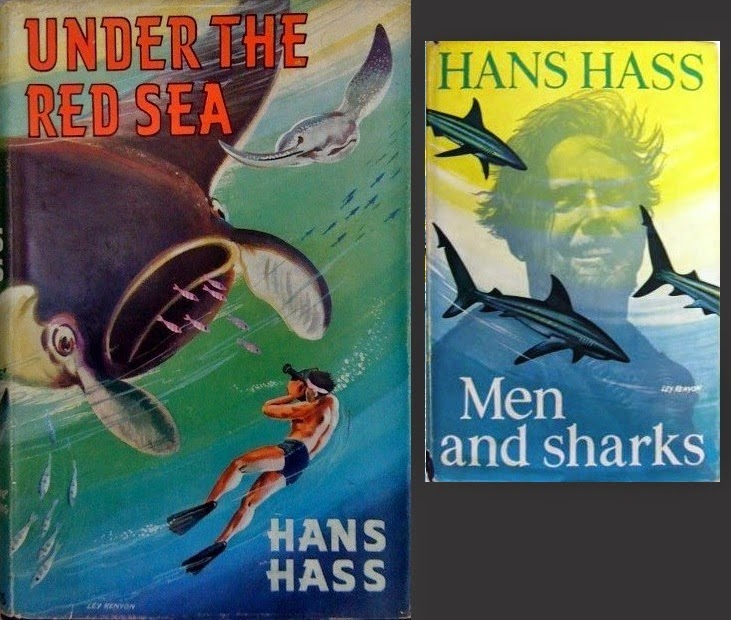 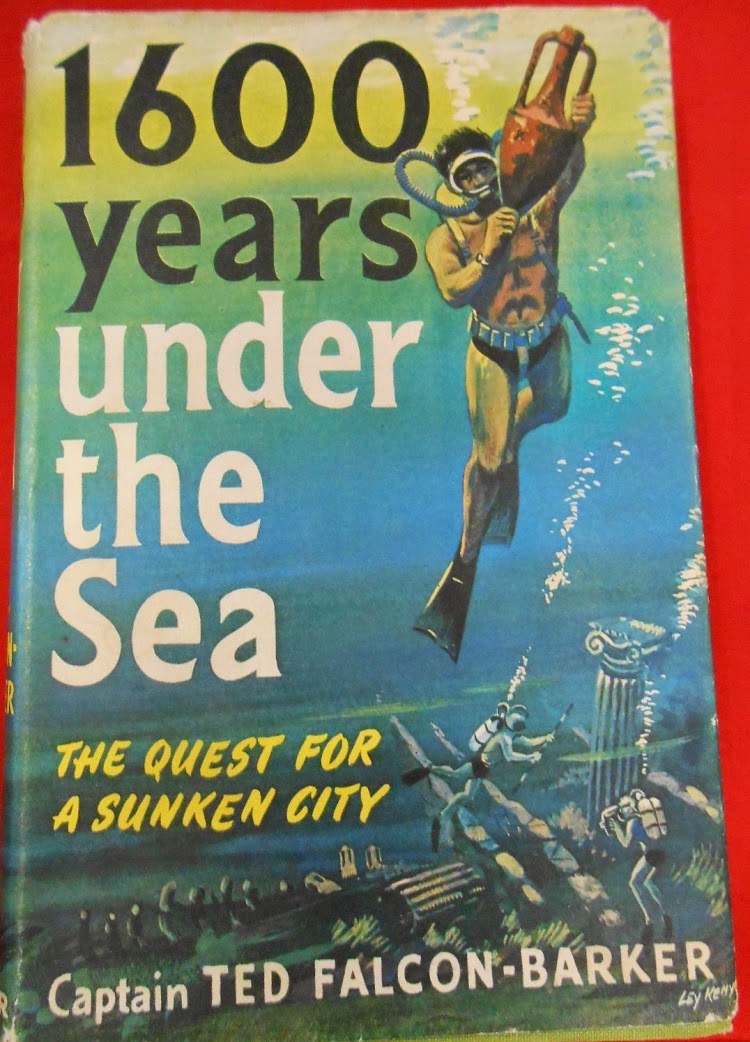 In 1956, the News of the World launched a new comic for boys called Rocket, the Space-Age Weekly. The editorial gave a brief introduction to Kenyon who wrote and drew the adventures of Professor Jack Ransom in full colour on the back page. 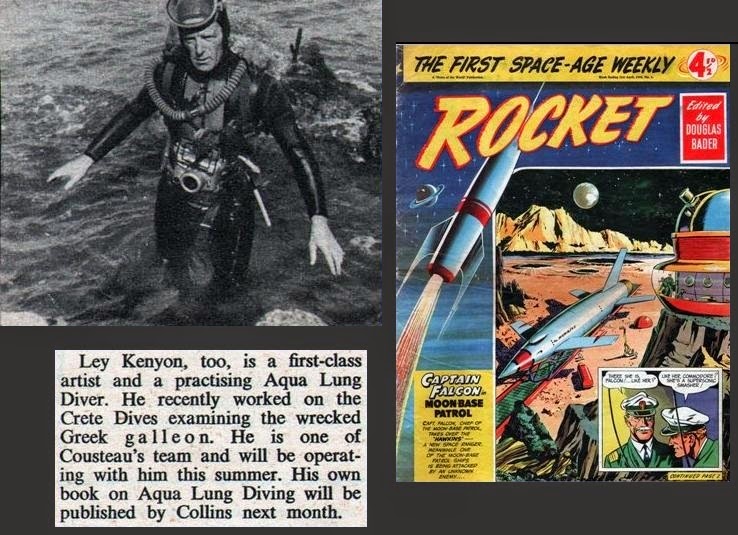 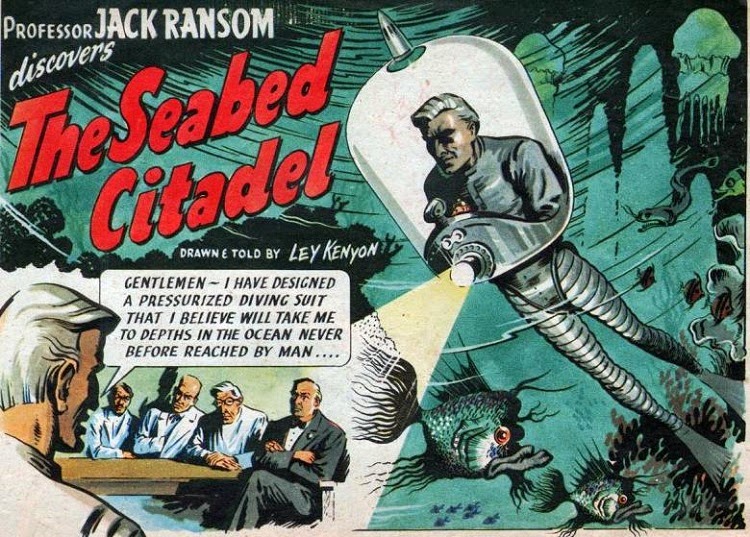 The Seabed Citadel introduced us to the professor and his rather impractical looking diving suit. Like many comic-strip adults, he had no hesitation involving children in his adventures, in this case his nephews Tom and Jeff. 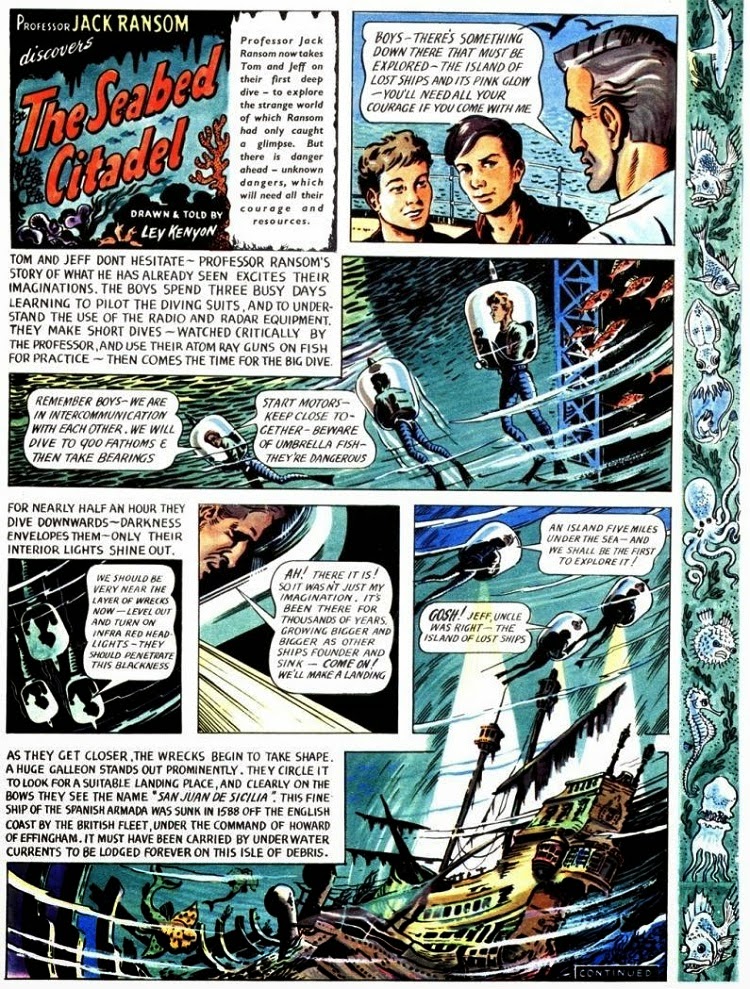 Exploring various wrecks, the intrepid trio have a nasty encounter with some Japanese Crabs

before following a strange glow which leads them to - can you guess? - yes that's right, a seabed citadel. In one panel Jeff imparts a little snippet of information about Scorpion Fish 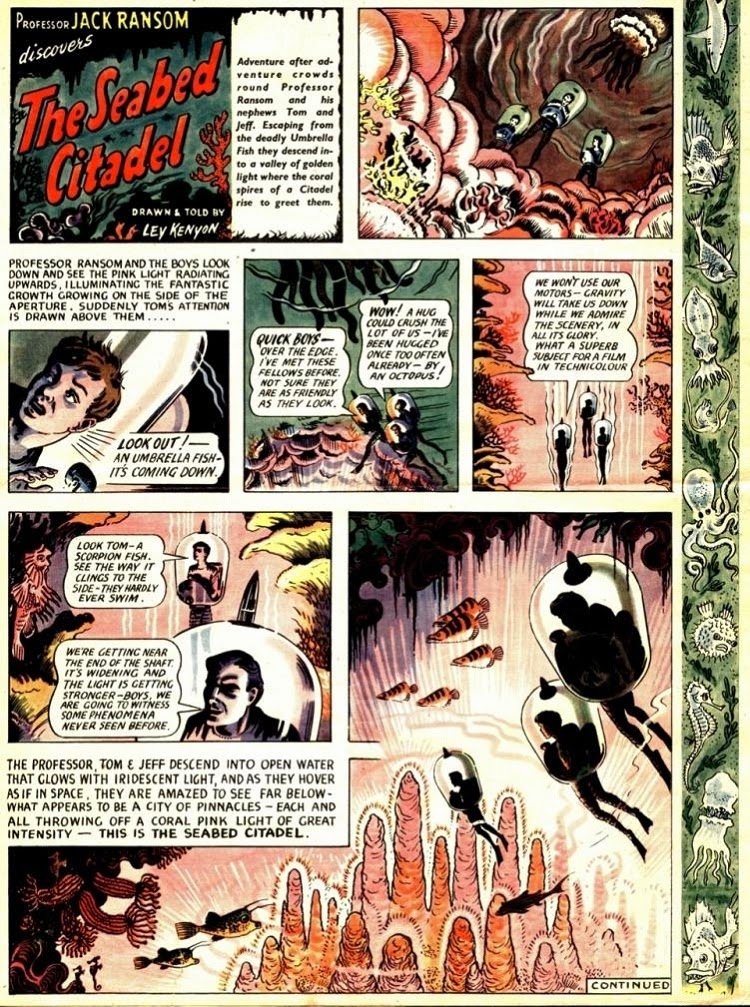 but Kenyon soon abandons any pretence of scientific accuracy when they are attacked by "man-eating" Mantas (or Mantuas as he calls them). 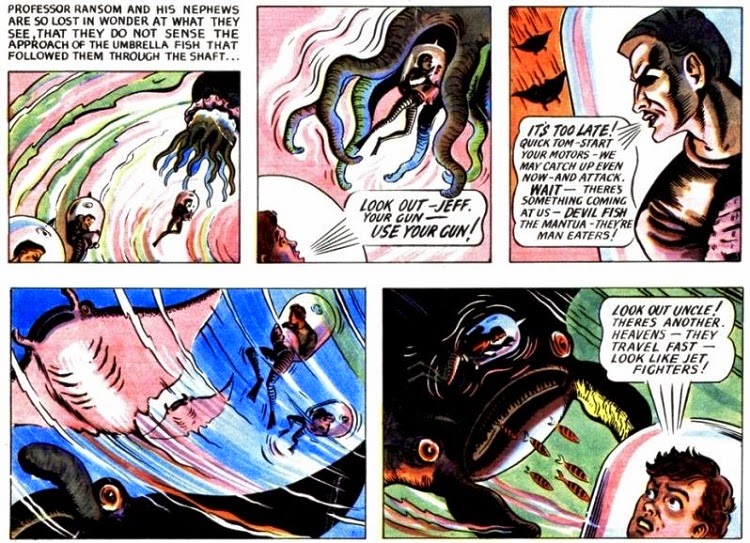 Issue 25 saw the start of a new adventure with rather more practical diving gear but Rocket was cancelled a few weeks later with number 32 being the final issue. The story was cut short and a panel of text told the reader what would have happened. 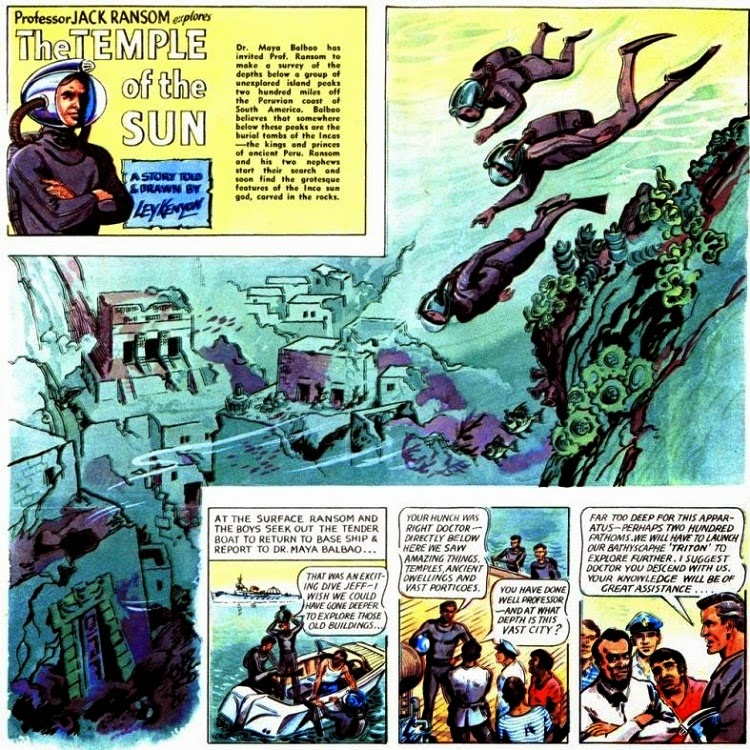