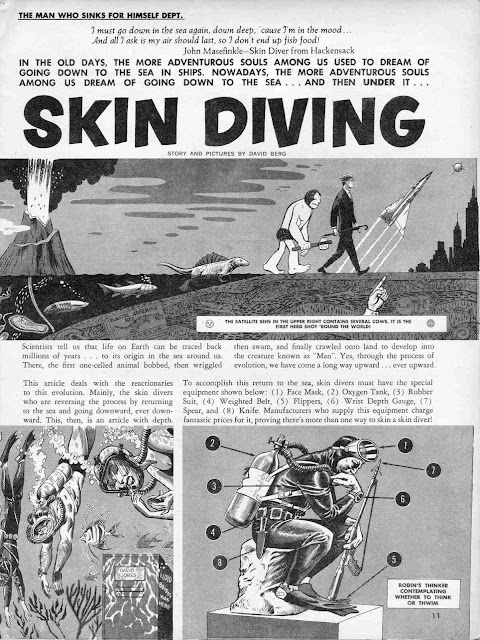 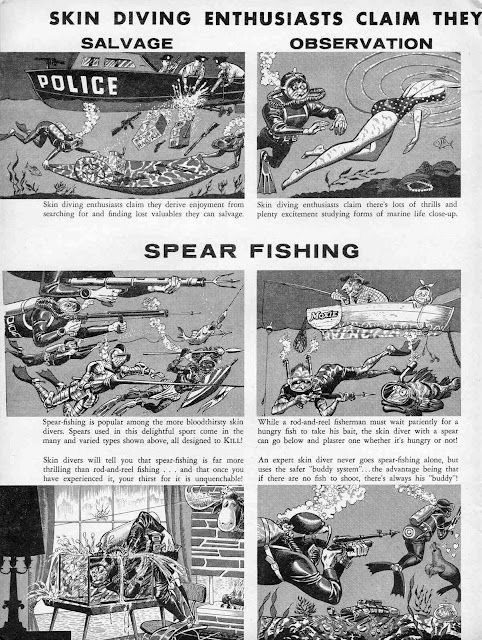 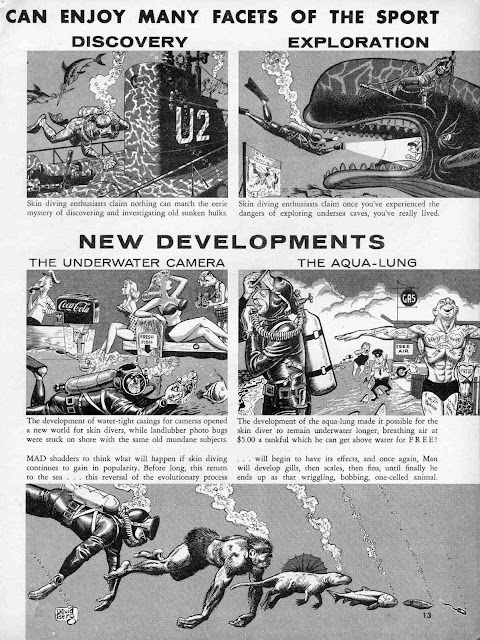 1961 saw the start of his most famous creation, "The Lighter Side of...", which he wrote and drew for the next forty years. The feature was retired following his death but a final set of jokes he had written were published as a tribute, illustrated by 18 other artists. The gags below come from "The Lighter Side of Water Sports" published in 1964.

Although mostly associated with Mad, Berg had worked for many other publishers in his early career, including time spent in Will Eisner's studio and working with Stan Lee at Timely Comics. Additionally, like Art of Diving favourite Dan DeCarlo, he was also known for his pin-up cartoons in the Humorama range of magazines.

Email ThisBlogThis!Share to TwitterShare to FacebookShare to Pinterest
Labels: Mad