Two of a Kind - De Kiekeboes

I'd like to thank Chris for bringing the subject of today's entry to my attention and for sending me the images.

De Kiekeboes (originally just Kiekeboe) is a comic strip created by Belgian artist Robert "Merho" Merhottein. It follows the adventures of the Kiekeboe family - Marcel, his wife Charlotte, daughter Fanny and son Konstantinopel. Running since 1977, the Dutch (Flemish) language strip appears in two newspapers with album versions following later. A new volume appears every three months and they sell over 100,00 copies each. As of August 2015, 143 albums have been published. Despite its domestic success, various attempts at publishing the strip in other languages have proved short-lived.

Volume 49, De Medusa-stichting (The Medusa Foundation), was originally published in 1990. 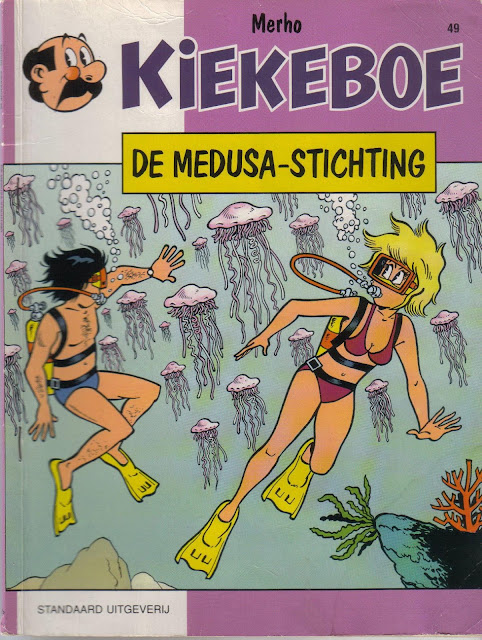 Current editions of the album carry the De Kiekeboes branding, as do those of volume 58, Haaiman (Sharkman), which first appeared in 1992. 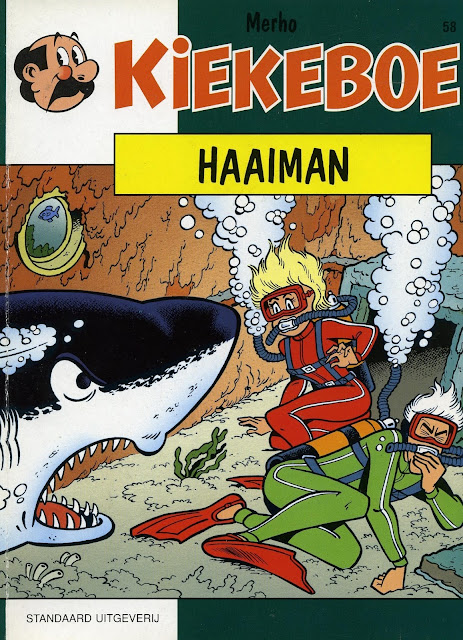 The stories sometimes feature science fiction or fantasy elements, in this case a man who turns into a shark. Or possibly vice-versa! I plan to look at the stories and their diving sequences in more detail in future entries.