The Gang-Busting Art of Diving

The underwater action in this tale doesn't stand up to close scrutiny. The depths involved mean the divers, including the police hard-hat diver, would have been badly affected by nitrogen narcosis as well as needing lengthy decompression stops. Still, I'm sure this didn't stop readers enjoying this nicely illustrated story. (Click for larger images). 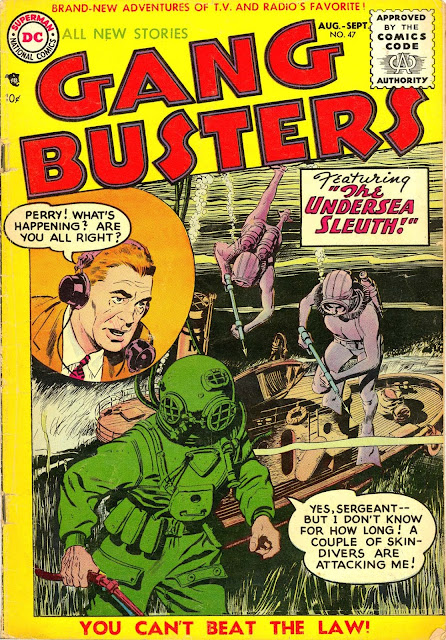 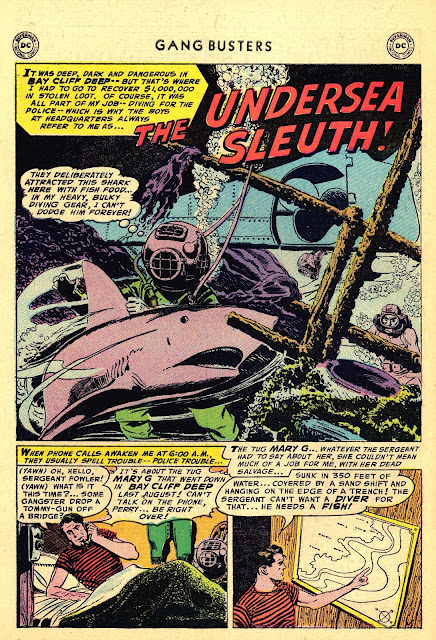 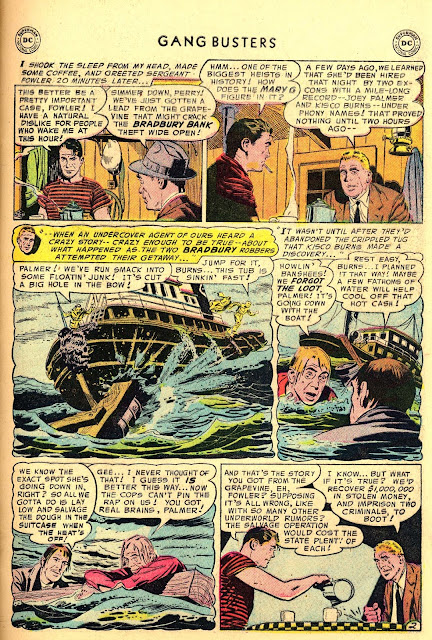 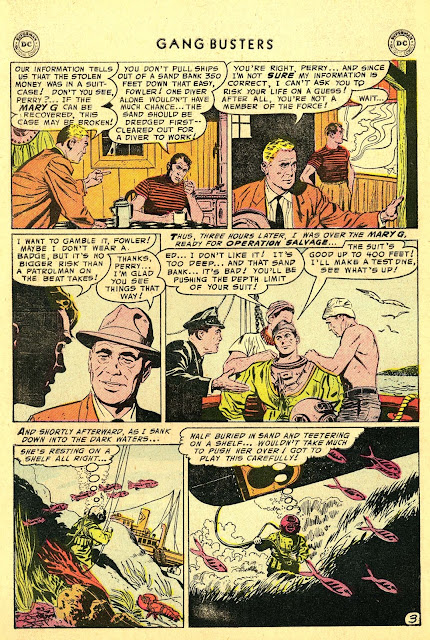 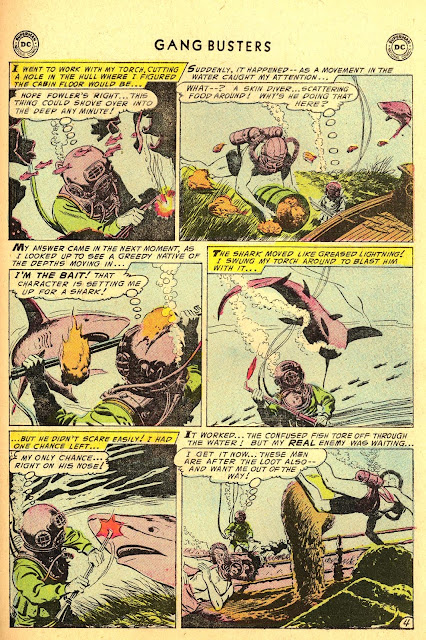 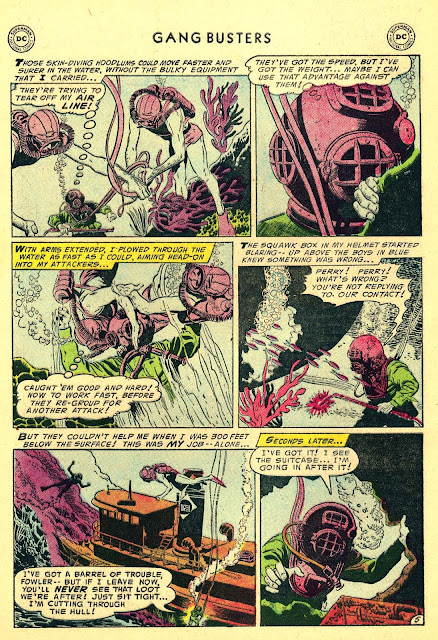 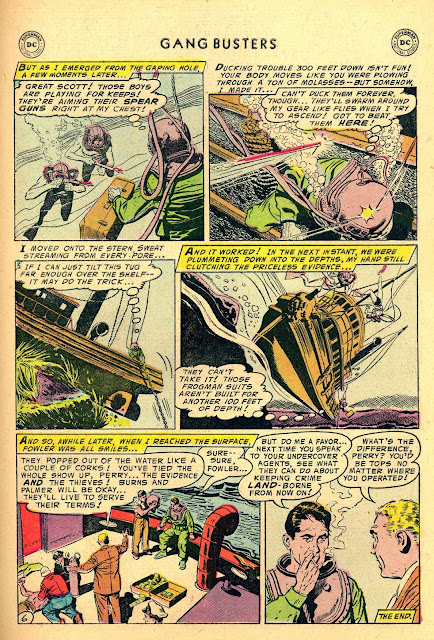