Nick Carter, Killmaster appeared in more than 250 books published from 1964-1990. Carter, Agent N3 of AXE, was based on a pulp detective character of the same name. The name also served as a pseudonym for the various ghost-writers who wrote the books. 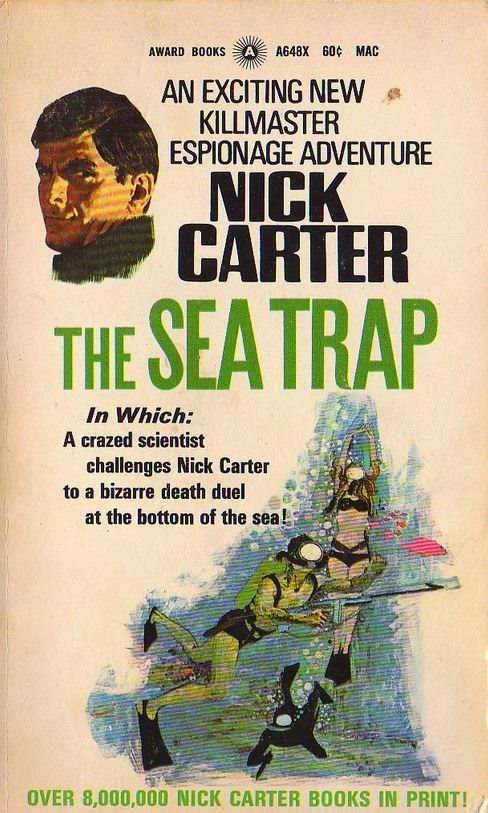 Number 55, first published 1970, art by Gray Morrow. (Thanks to Chris for the scan - click for larger version). 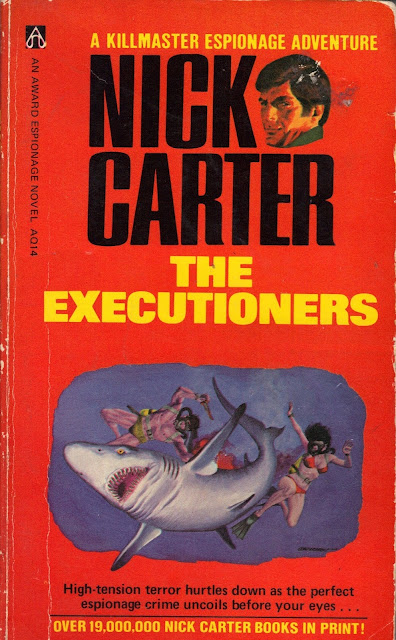 Gray Morrow (1934-2001) had a long career in comics, newspaper strips and books but is probably best known for his magazine work for the likes of Warren, Marvel and Heavy Metal.