The Furious Art of Diving

A quickie today featuring Marvel's Nick Fury in two covers from 1973, years before he turned into Samuel L. Jackson!

He first appeared in 1963 leading the Howling Commandos in World War Two. This cover is by Dick Ayers and appeared during his ten year run on the title. He was also well known as one of comics legend Jack Kirby's inkers. He died in May this year aged 90. 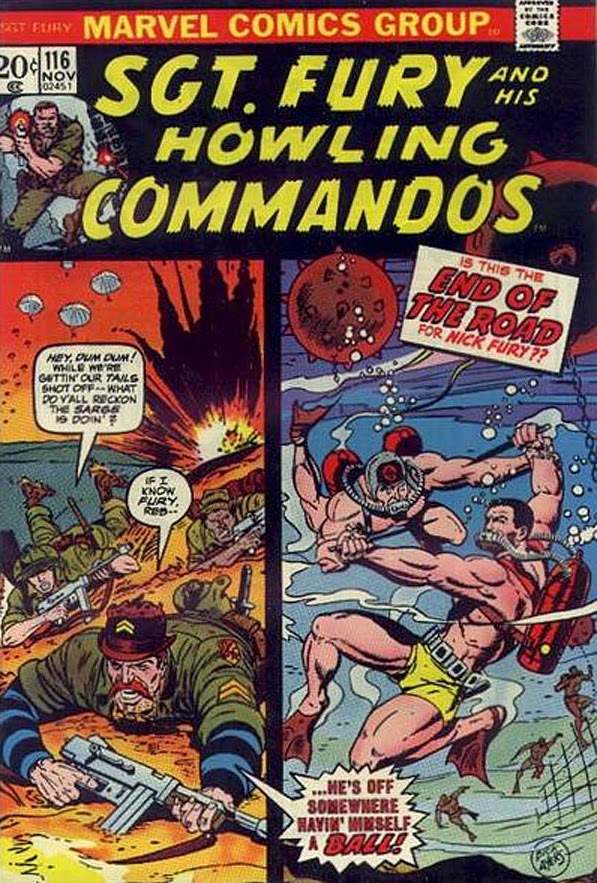 In 1965 Fury was re-invented as the eye-patch wearing head of spy organisation S.H.I.E.L.D. This particular book was a reprint of the original stories that appeared in Strange Tales. 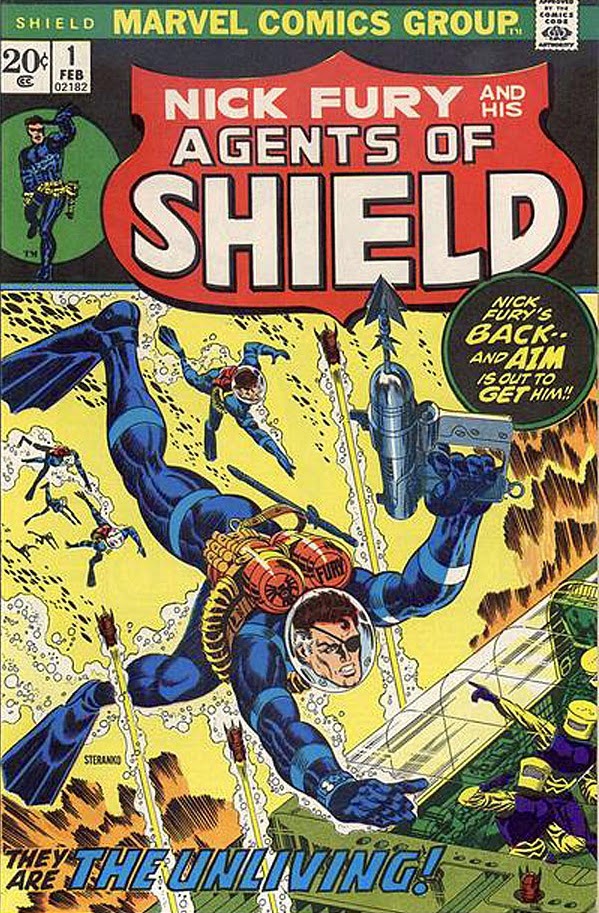 The second cover is by Jim Steranko who made a name for himself with innovative design and layouts on Captain America, X-Men and Nick Fury, Agent of S.H.I.E.L.D. He produced some striking covers for Marvel and is known for his two-volume history of comics looking at the Golden Age of American Comics. He also worked as a designer and conceptual artist on Raiders of the Lost Ark.

Marvel introduced a new Nick Fury, based on Jackson, in their Ultimate line which predated the actor playing the character. In the regular Marvel universe the Jackson version is the son of the original Fury.

Email ThisBlogThis!Share to TwitterShare to FacebookShare to Pinterest
Labels: Marvel