I've been recycling images that I used on the original version of this blog and that gave me the idea for this particular entry. (In some cases you can click for a larger image).

The cover to Underwater Adventure was reused on the Polish book, Dangerous Marine Animals. 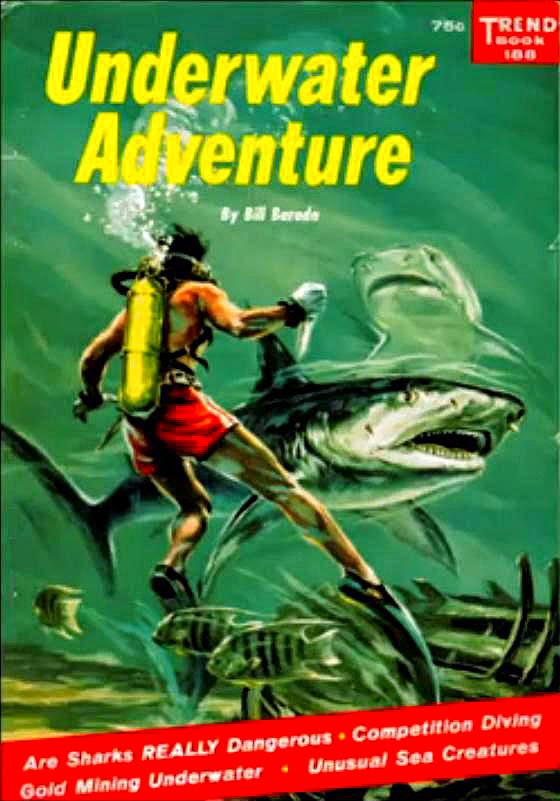 This panel from a Valiant cover feature turned up some years later in a summer special (I'm pretty sure the art is by Geoff Campion). 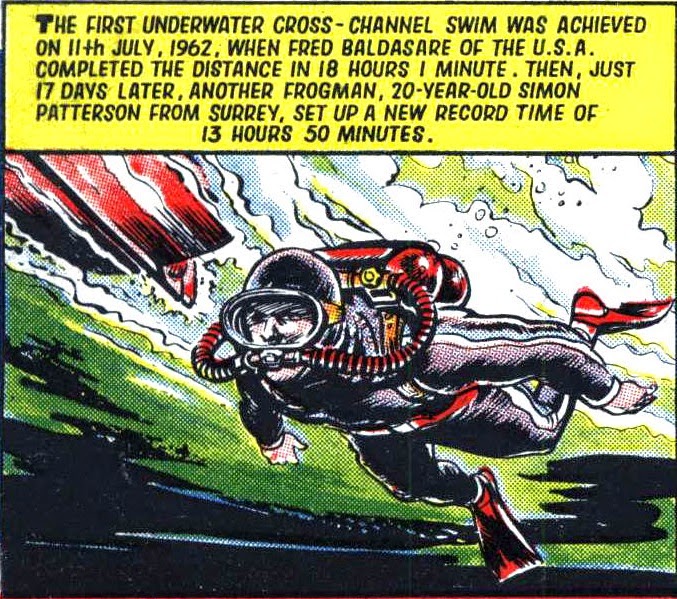 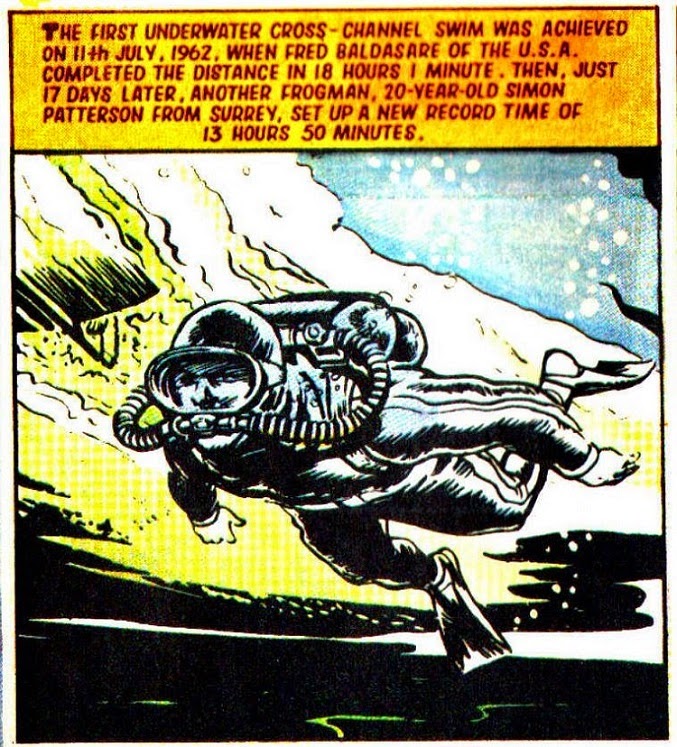 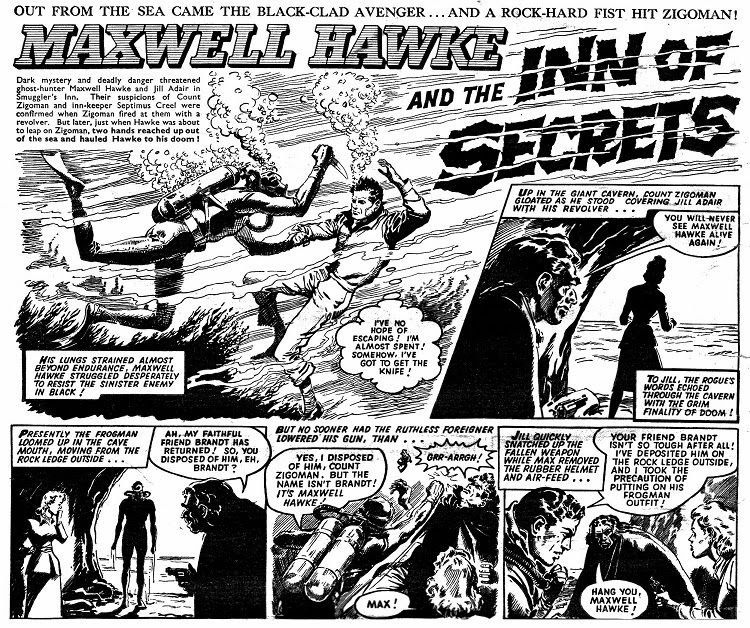 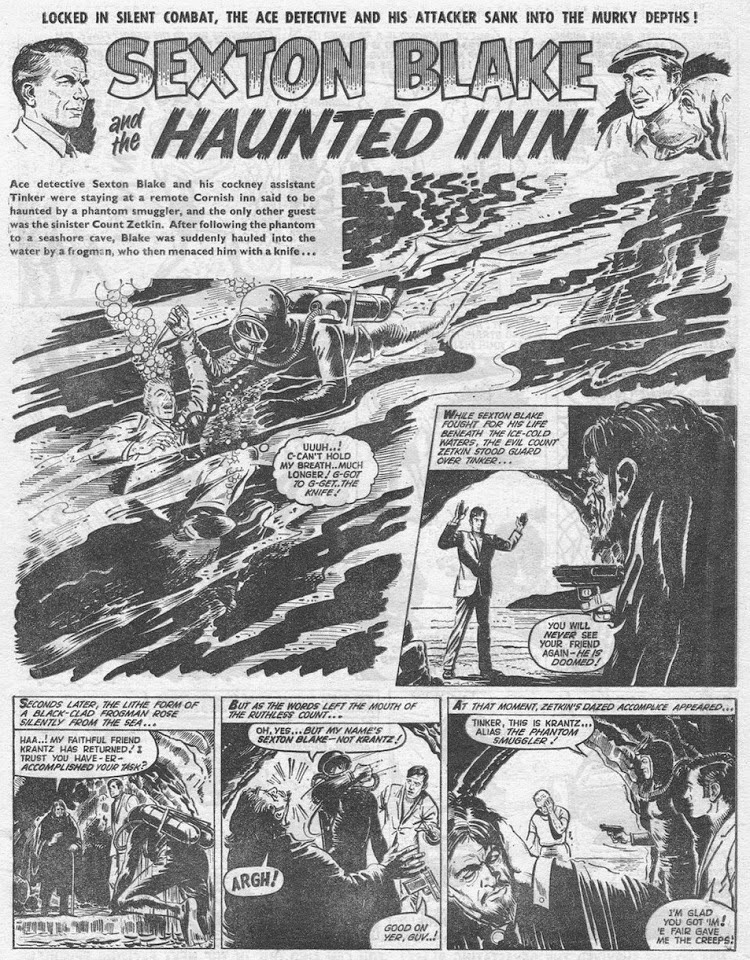 On a slightly different note, I think everyone can see the similarities in these three pieces. The Collier's cover from 1954 is by Bill Baker while the Underwater! film poster, which I think is by Ren Wicks, dates from the following year. Vic Prezio's Eerie cover is from 1969. I'd like to add that I present these comparisons merely out of historical interest. No judgement is given or implied. 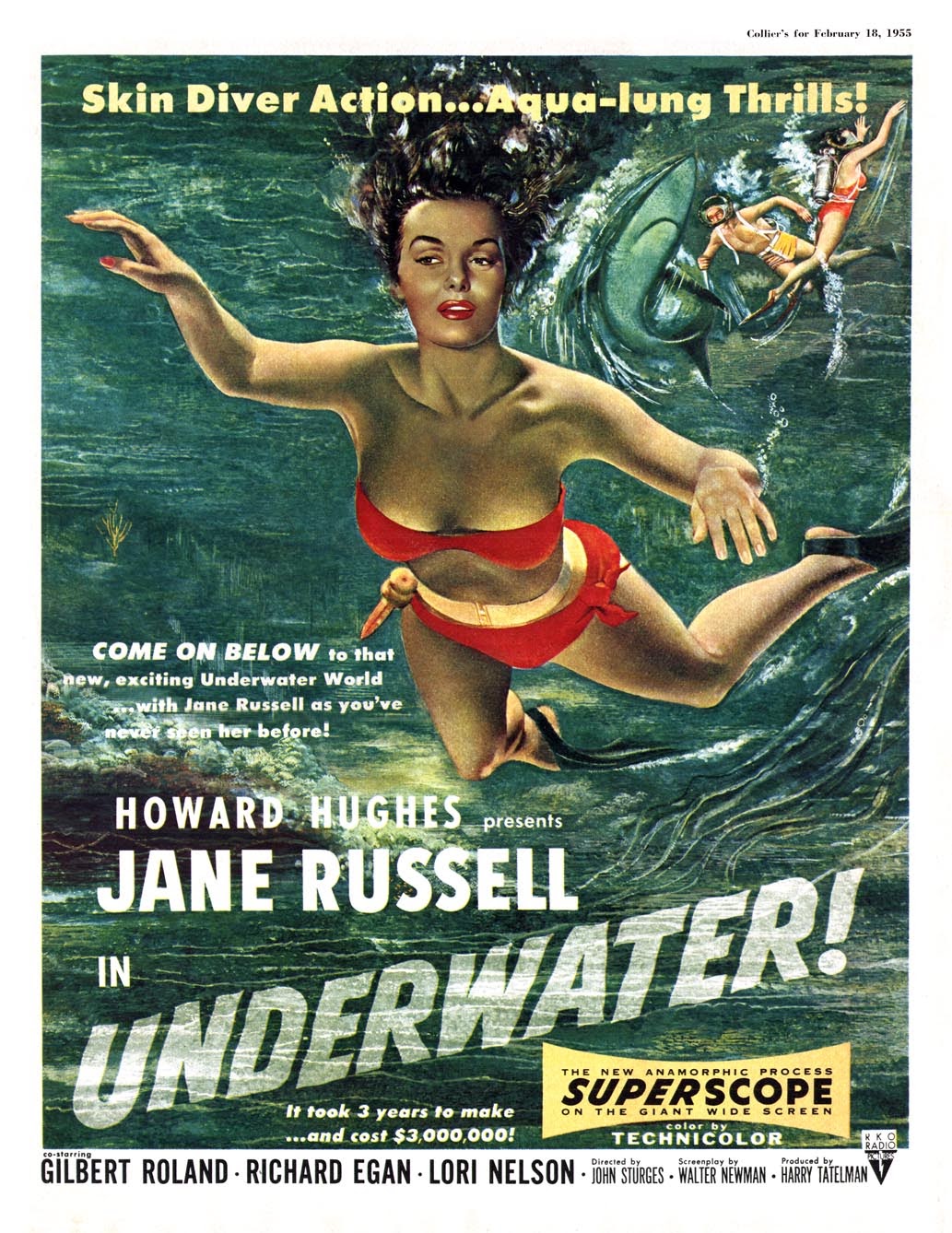 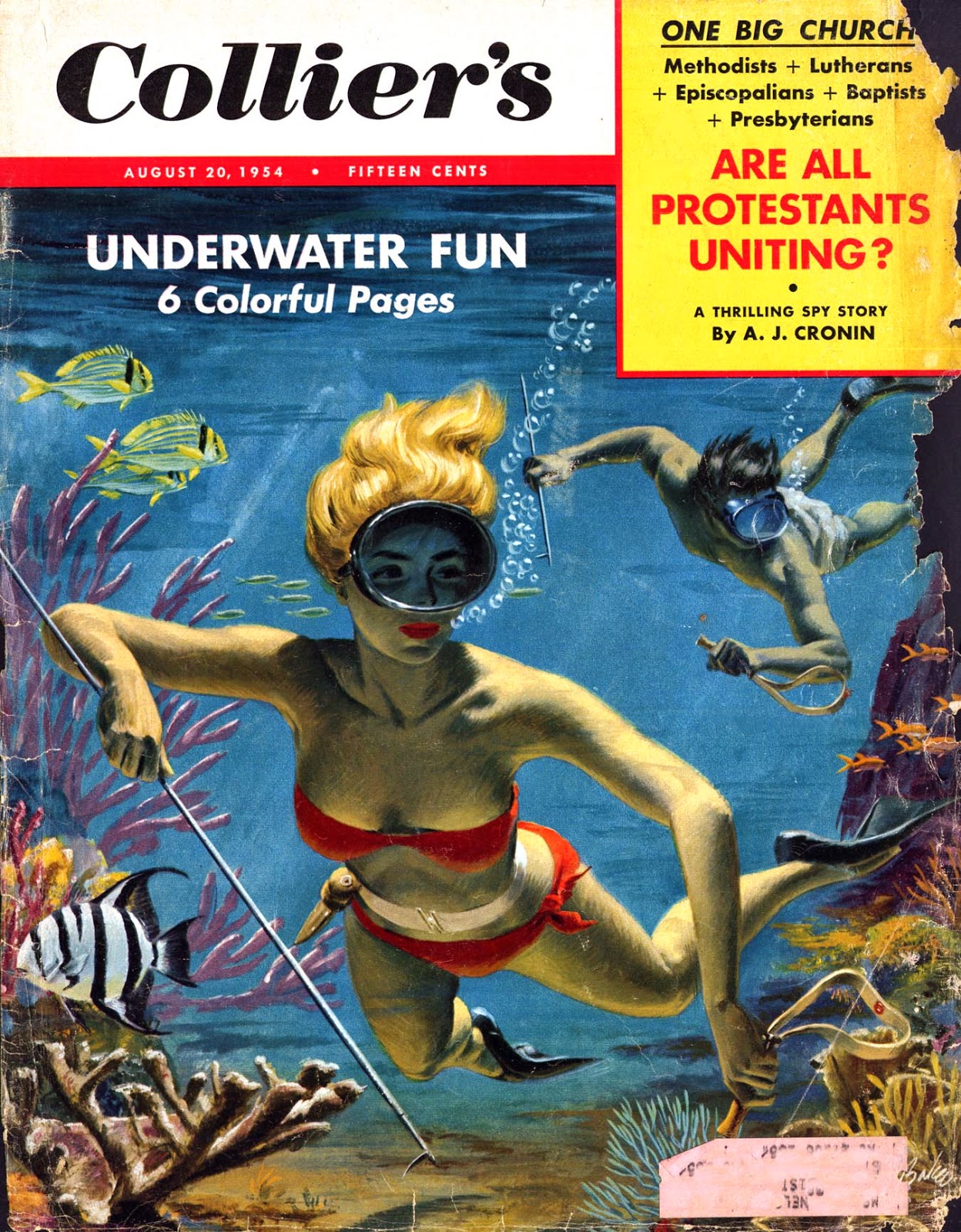 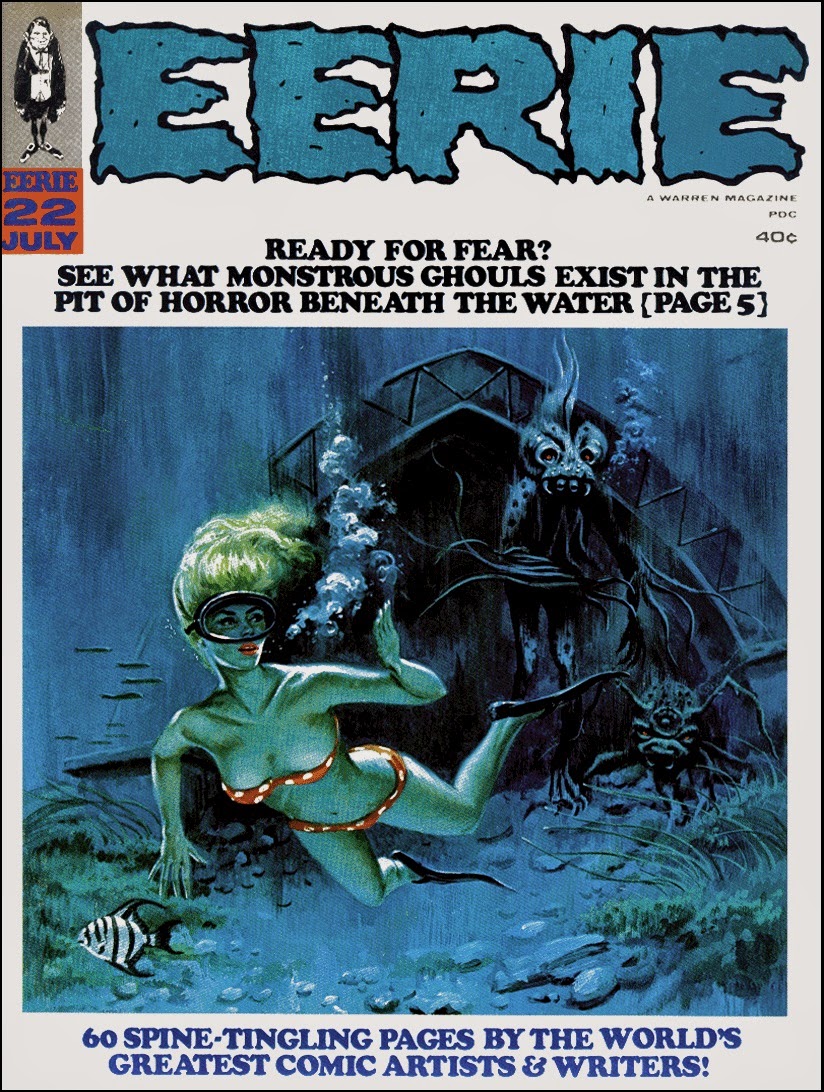 As a bonus, here's a look at Prezio's original artwork (sorry it's not a bigger image). 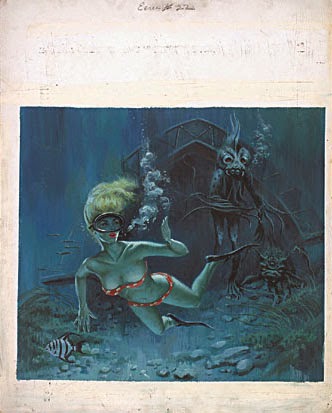 Finally, I see definite similarities between the diver in this Conoco Oil ad from 1949 (Can't make out the artist's signature I'm afraid)... 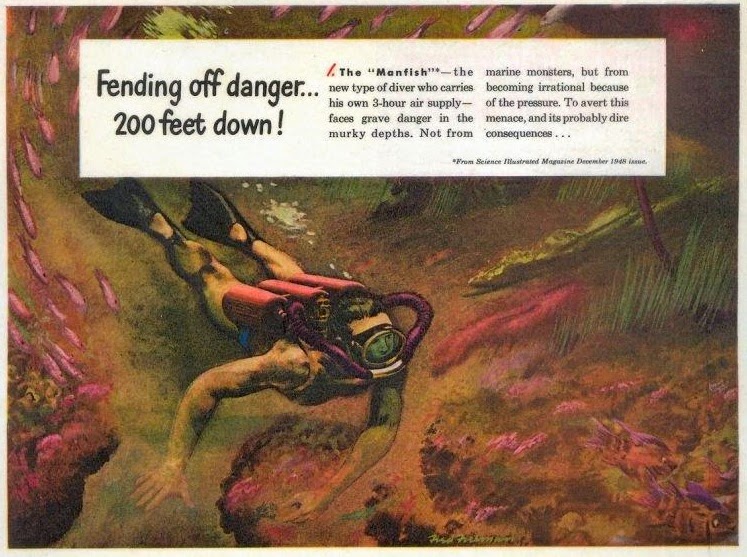 ... and Ley Kenyon's cover to Under the Red Sea that I featured a few weeks ago. 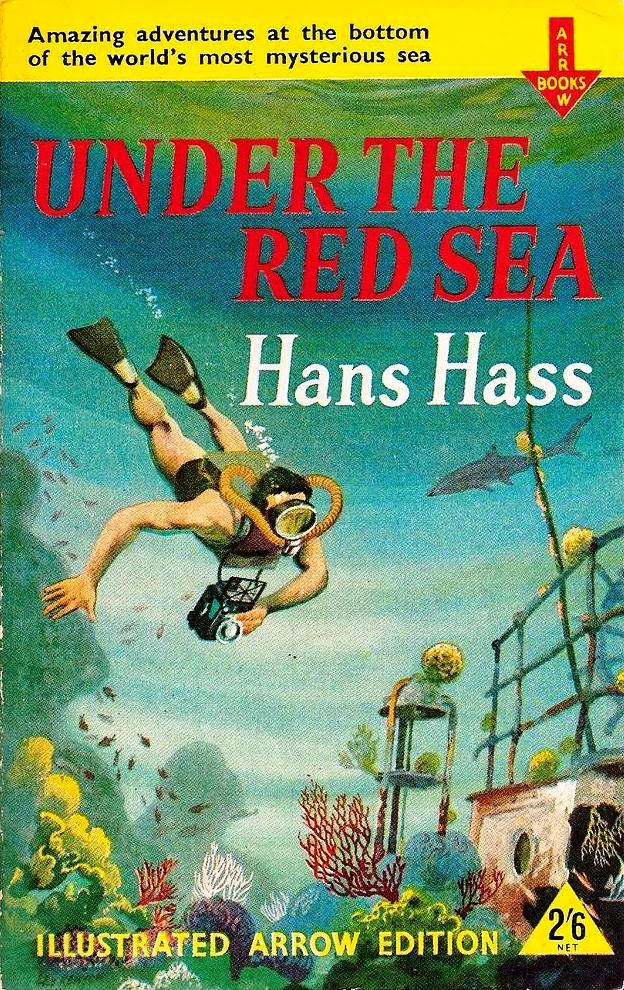