Two of a Kind - Bill Bryan

Author and playwright Willard Manus is probably best known for his 1966 novel Mott the Hoople. Record producer Guy Stevens read the book while in prison for a drugs offence and later persuaded a newly-signed band to adopt the book's title as their name.

A few years earlier, Manus had written a pair of what would now be called "Young Adult" novels featuring the adventures of skin-diver Bill Bryan. Sea Treasure was published in 1961 and was illustrated by Lee J. Ames. 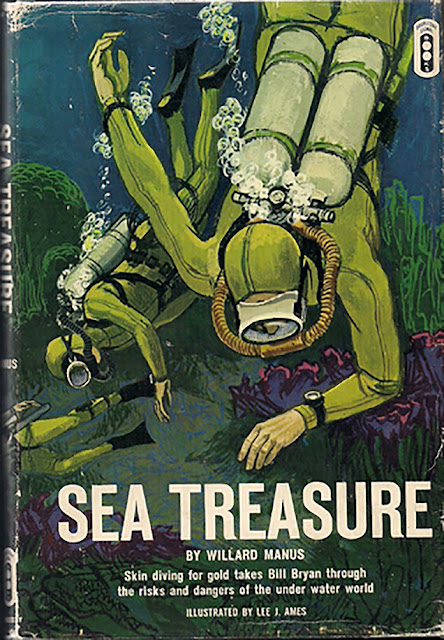 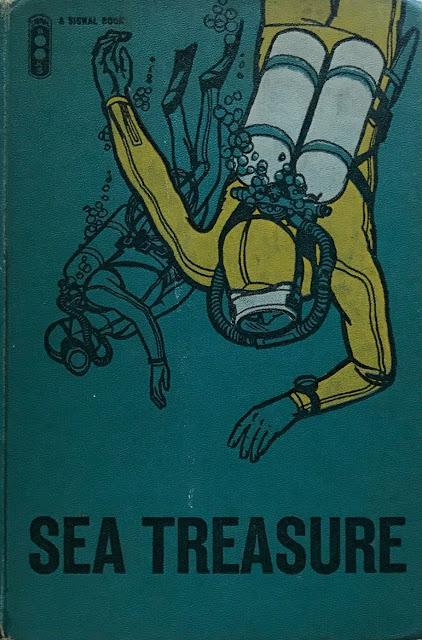 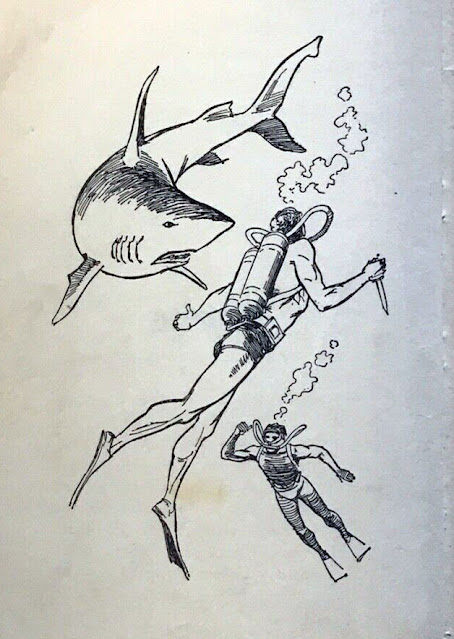 The Mystery of the Flooded Mine followed in 1964, with illustrations by James Dwyer. 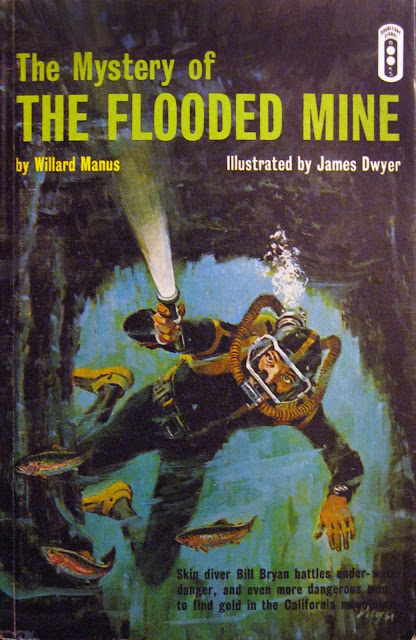 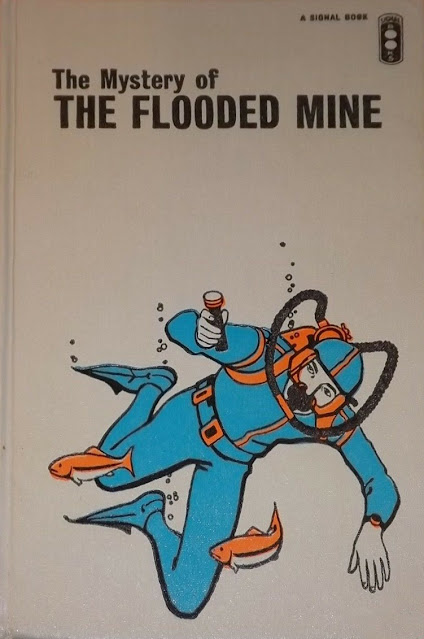 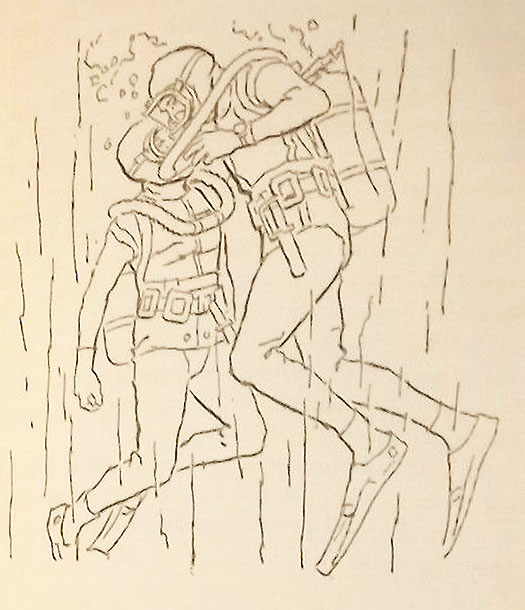 I haven't been able to find out much about James Dwyer (1898-?) but he appears to have had an extensive career working in book and magazine illustration.