The Argosy of Diving

This is another post that owes a "Thank you" to Chris who kindly supplied the scan of the first piece.

There have been several magazines called Argosy, published in the UK and the United States, although there appears to be no connection between them.

Monster of the Madrepore appeared in the July 1960 edition of the US magazine. Artist Jack Hearne (d.1985) began his career in comics before moving into books, magazines and advertising. A post on the Today's Inspiration blog contains more information about Jack supplied by his son, including the sad story of his later years. You'll also find find links to more examples of his work there. 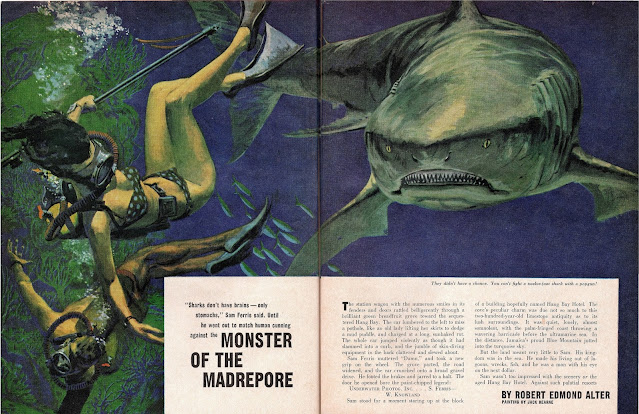 As a bonus (!), here's my attempt at getting rid of the join between the two pages. 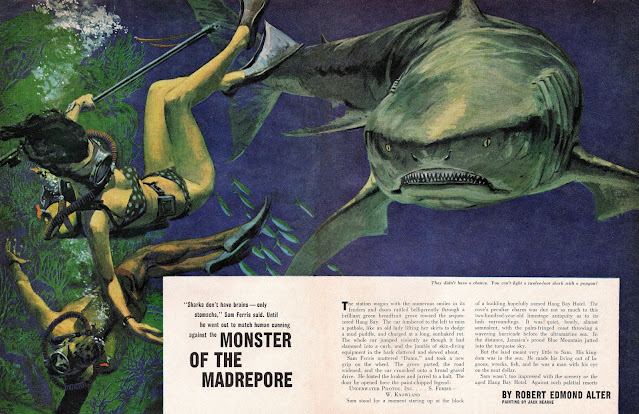 In the 1960s the magazine began featuring photographic covers but before that readers were treated to some wonderful artwork. This July 1952 cover is by Fred Freeman (1906-1988). 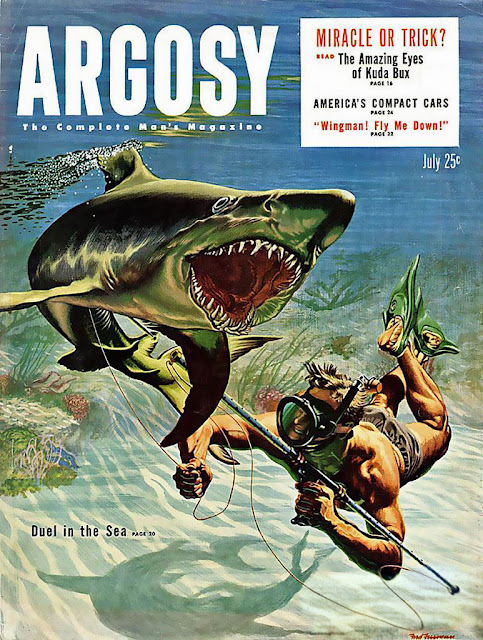 In the late 1920s Freeman began working for magazines such as Colliers and The Saturday Evening Post. After serving in the navy during World War Two he also turned to book design and illustration, with destroyers and submarines among the subjects he covered. He was also known for his cutaway illustrations and in 1960 he illustrated Werner von Braun's First Men to the Moon.

I've featured this May 1953 Freeman cover before but I recently discovered that it was taken from a larger piece that featured inside the magazine. 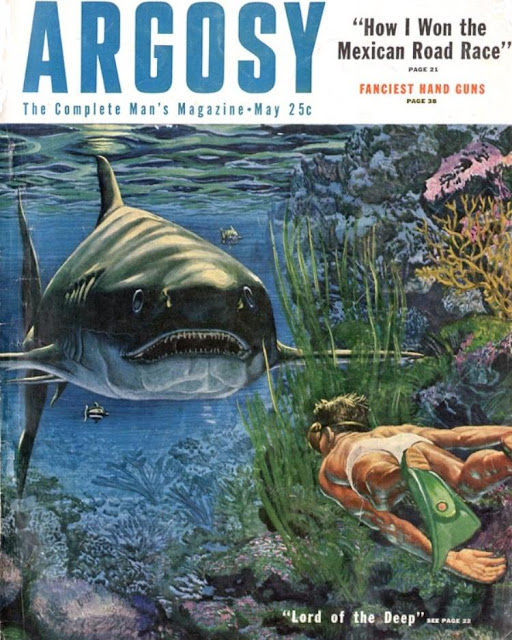 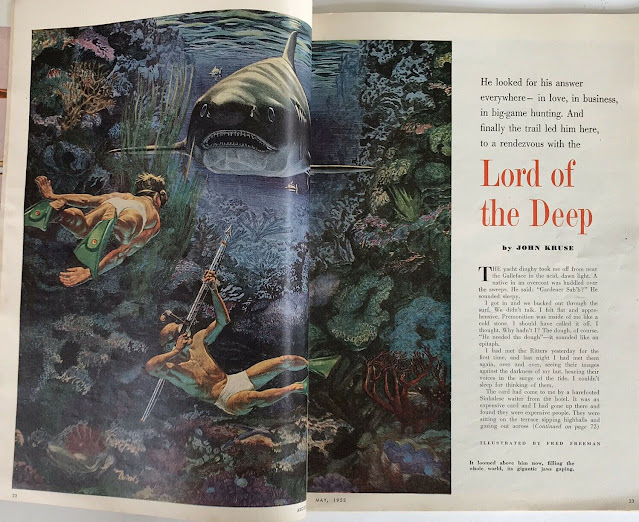 Unfortunately I don't have any information on the next two covers. 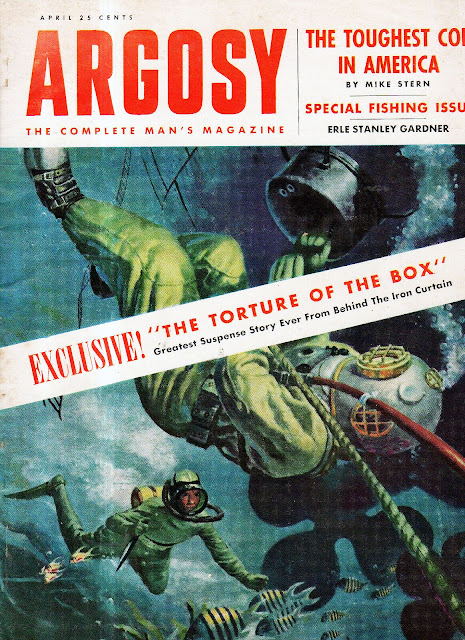 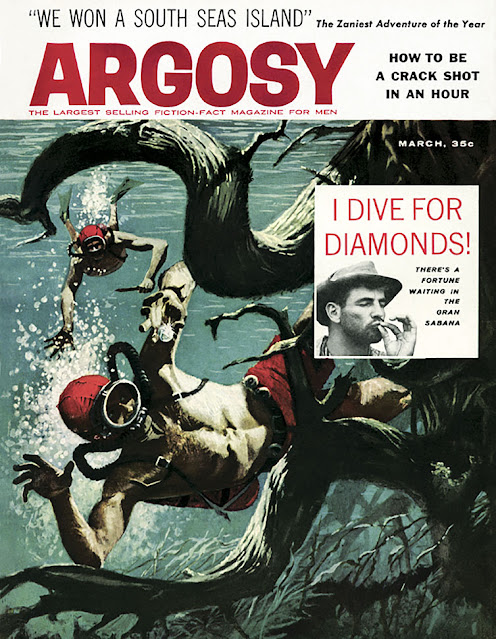 The final cover is from the UK Argosy which for most of it's life was digest-sized. This is the July 1973 edition and only eight more issues were published before its 48-year run came to an end. 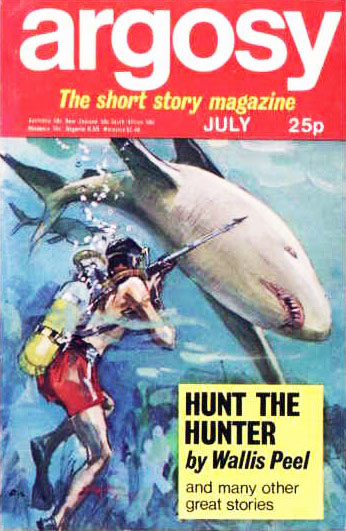 The cover is by (William) Francis Marshall (1901 - 1980) who had a 10-year association with Vogue magazine and, in 1959, wrote a book on drawing called Magazine Illustration. At the time of writing, the original art from his Argosy cover is available from the Illustration Art Gallery along with other examples of his work. 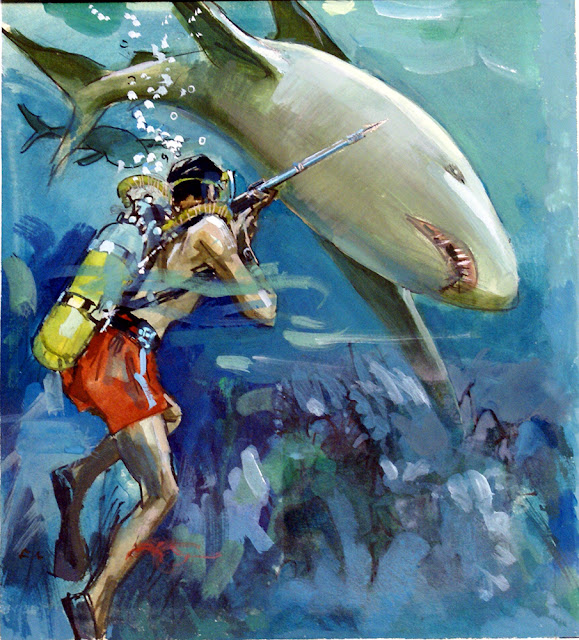