From April 1957 until May 1960, Knockout featured the adventures of Sinbad Simms, Shark Boy of the Seven Seas. Sinbad had rescued a baby shark which he named Jasper and who became his loyal companion. The original artist on the strip was Eric Roberts. In July 1958 he moved on to the Billy Bunter strip but a ten-page story featuring his art also appeared in the 1959 Knockout Annual, published in the autumn of 1958. The cover is by Art of Diving favourite Mike Western. 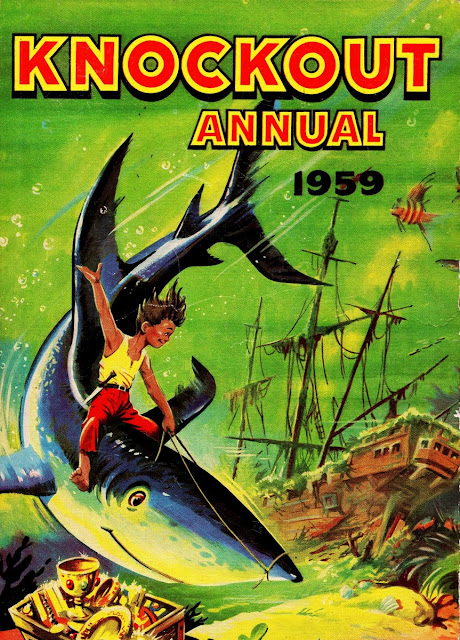 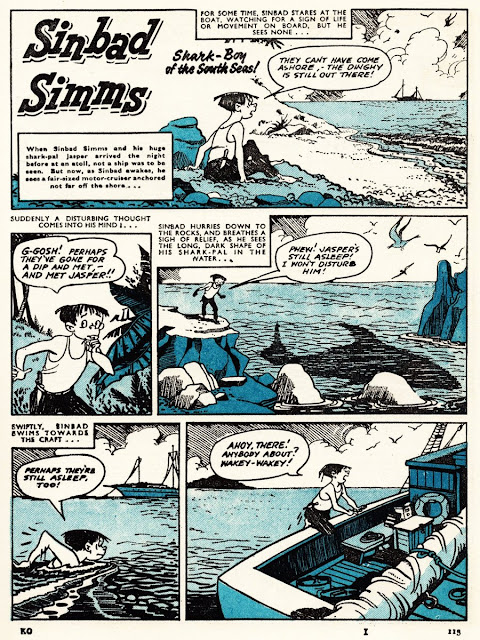 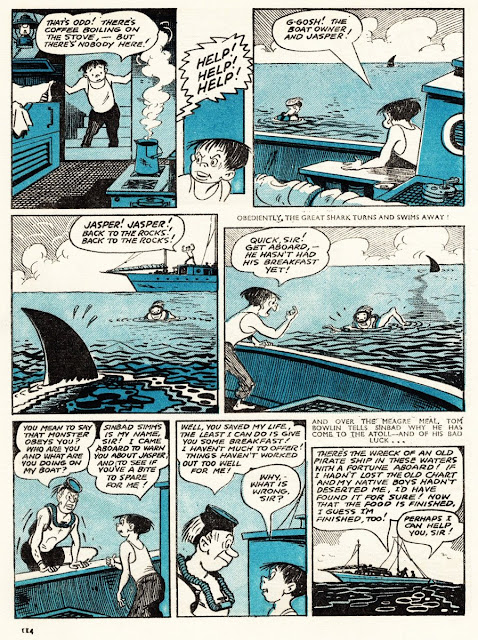 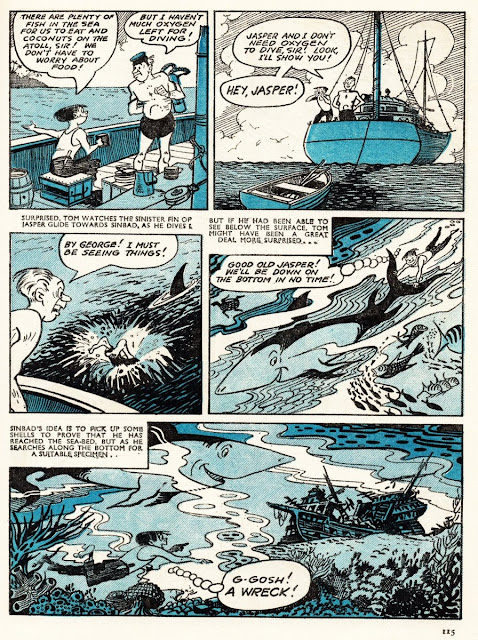 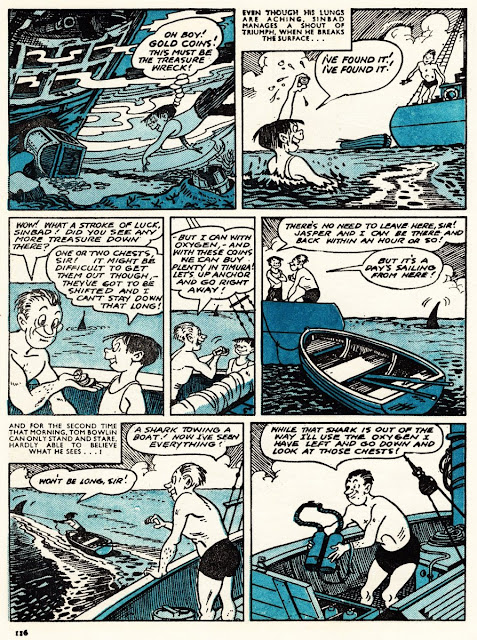 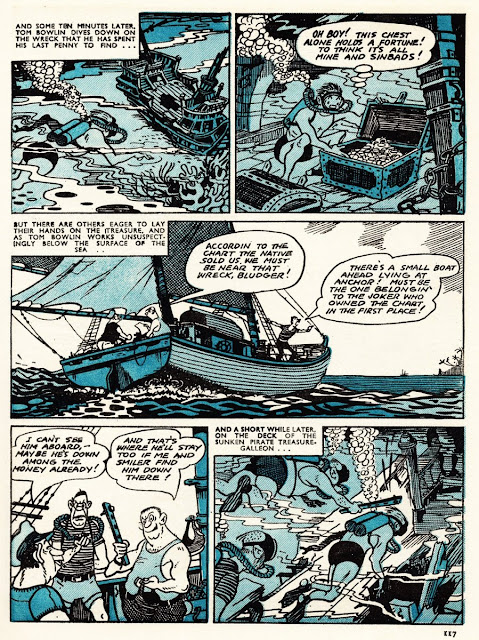 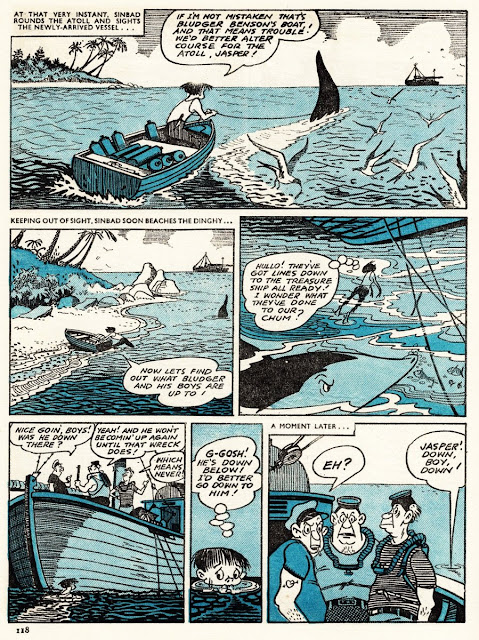 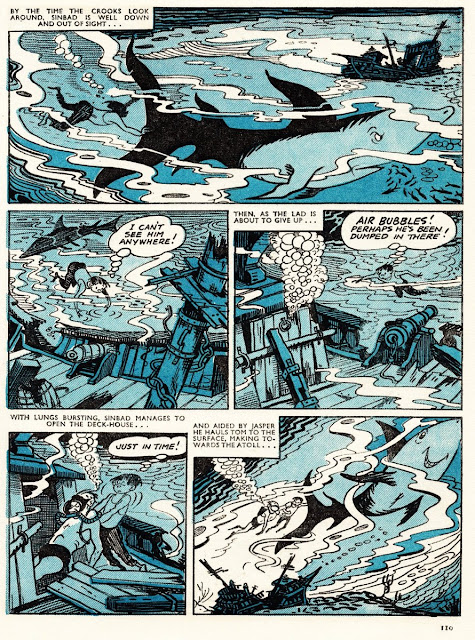 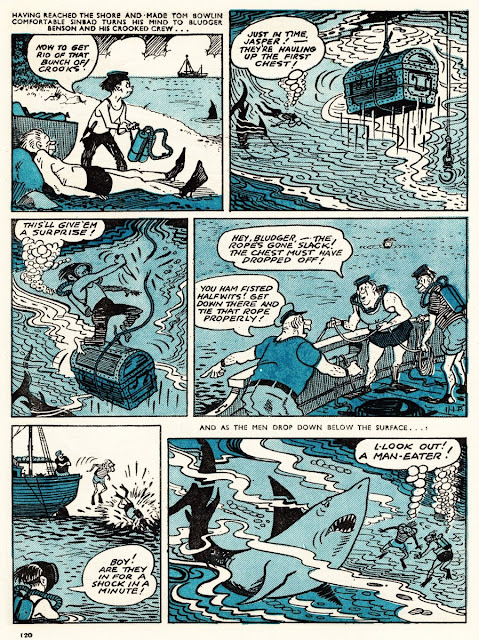 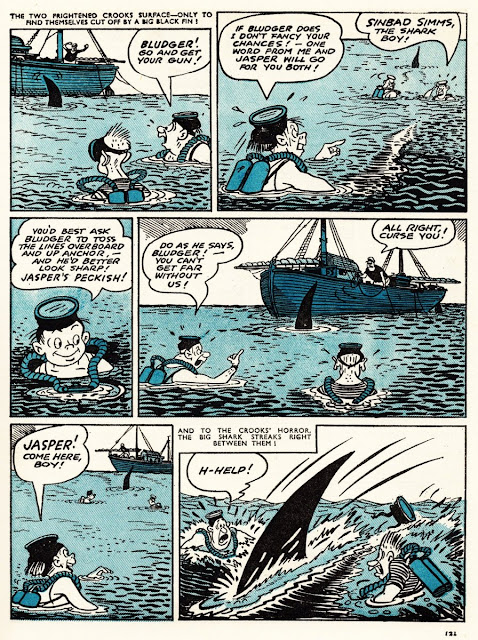 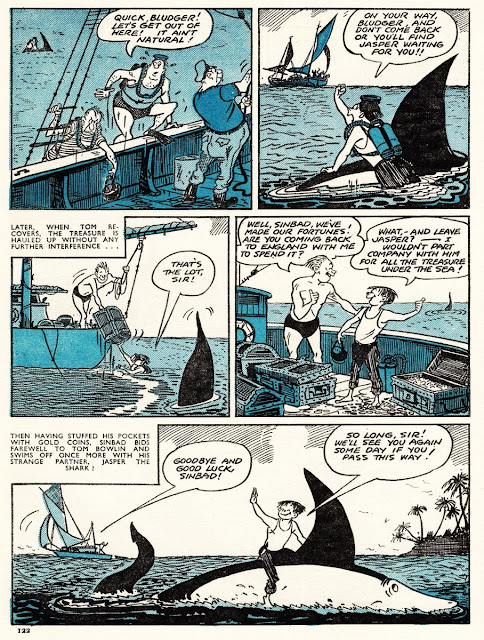 In 1964 Fleetway launched a new comic called The Big One. They were already publishing the tabloid-sized Buster so they went one better and The Big One was broadsheet-sized. Many of the strips were reprints and Sinbad Simms was one of them (Roberts' Mike, also from Knockout, here renamed Smiler, was another). The comic only lasted for 19 weeks before being merged with Buster and the reprints of Sinbad continued there (as Sinbad Simms and his Shark Pal, Jasper). The final issue of The Big one had an edited version of the strip from the Knockout Annual and I thought I'd share that here as well so you can see how 10 pages were edited down to a single page, albeit an oversized one. 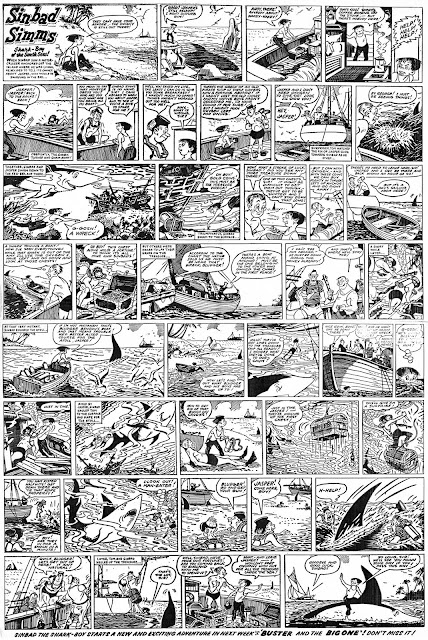 Eric Roberts was born in South London in 1910. He studied at St. Martin's School of Art and began working for D.C. Thomson in 1937, drawing strips in The Dandy and The Beano. He joined the RAF in 1942 and his artistic talents were put to good use. During the late 40's and throughout the 1950's he worked for both the AP (Knockout, Film Fun) and Thomson's (The Dandy). In 1960 he began drawing Dirty Dick for The Dandy, followed by Winker Watson in 1961. From this point on he worked exclusively for Thomson's and produced 775 episodes of Winker Watson between 1961 and 1979. His last published work was in the Dandy Book 1981. Sadly lung cancer forced his retirement and he died in 1982.

Eric's daughter Erica wrote a lovely piece about her father for Peter Gray's blog. If you click on the label at the bottom of the piece you'll find further entries that Peter has written about Eric.

On his Blimey! blog, Lew Stringer featured some original Eric Roberts Billy Bunter artwork that has a diving angle. If I ever track down a copy of the published strip I'll feature it on the Art of Diving but in the meantime you can get a taste here.