Here's another selection of Henry Boltinoff's Homer strips plus a couple of other characters.

These first two examples were both on sale in November 1960. The first appeared in an issue of Superboy while the second was in the anthology/try-out series Showcase which was in the middle of a run of aquatic features. The previous three issues had introduced the Sea Devils while this issue (#30) began a four-issue run featuring Aquaman. (Click for larger images.) 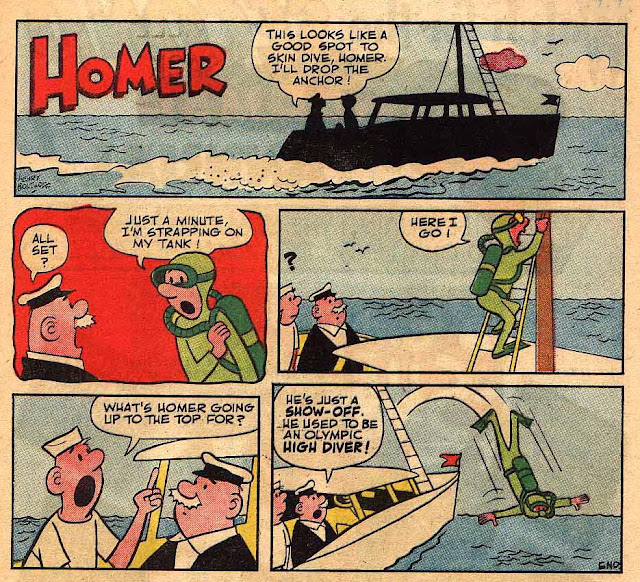 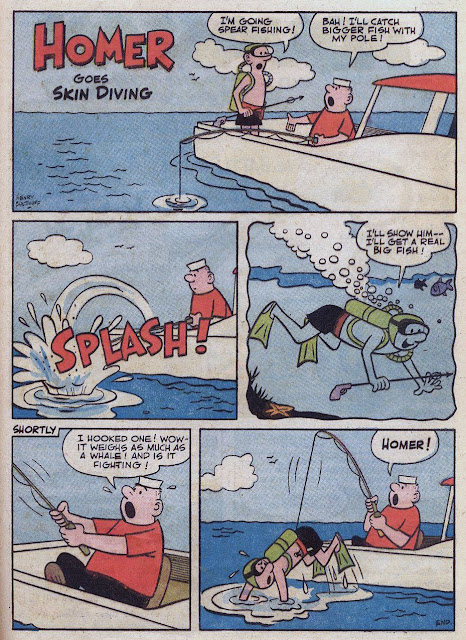 Before we get onto more Homer, the same issue of Showcase featured another character called Shorty. You might notice that the art style is slightly different and in fact this strip was originally published in 1956 (in My Greatest Adventure). 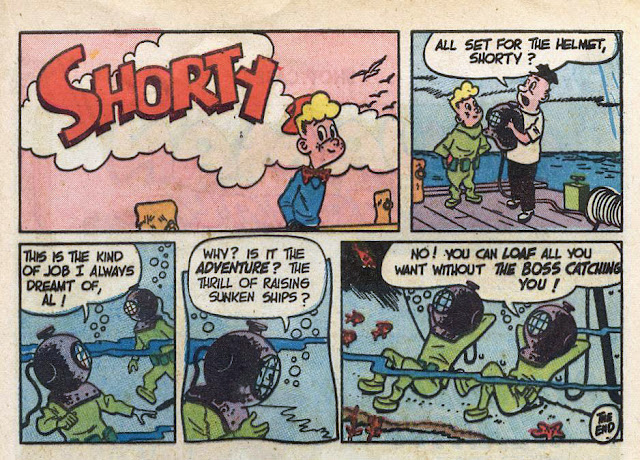 They seemed to like characters whose names began with "S" as the next issue of Showcase featured two skin divers called Slim and Soapy. 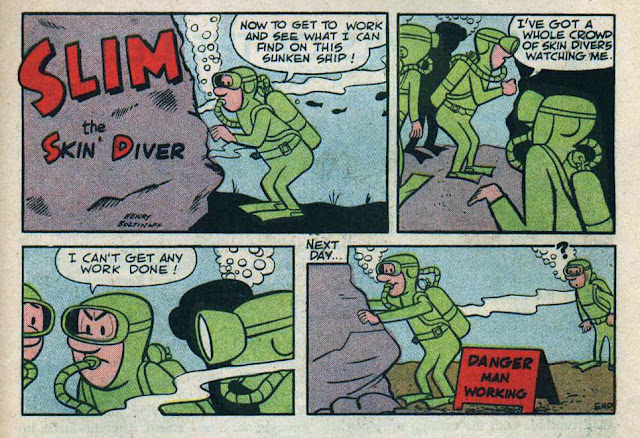 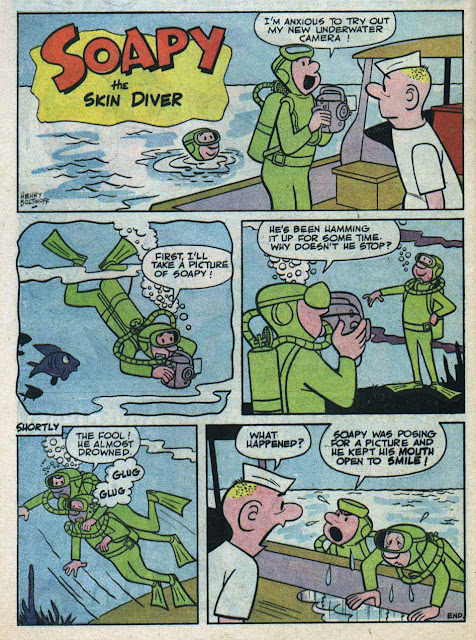 Into March 1961 and Homer was back in the next issue. 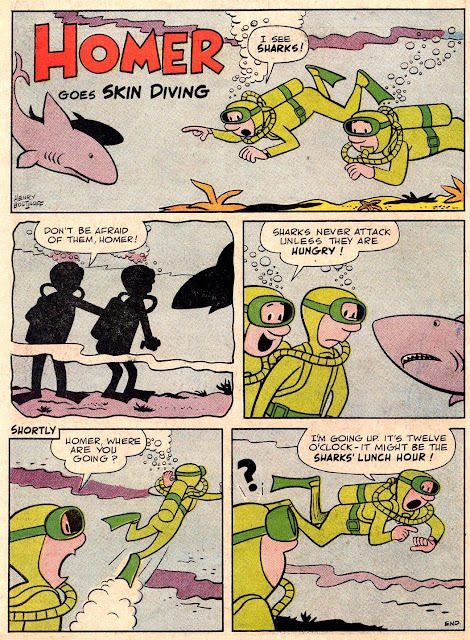 From this point on Homer mainly appeared in Aquaman (see the earlier post) but he also popped up in an issue of World's Finest in December 1962 where his blond hair had turned ginger. 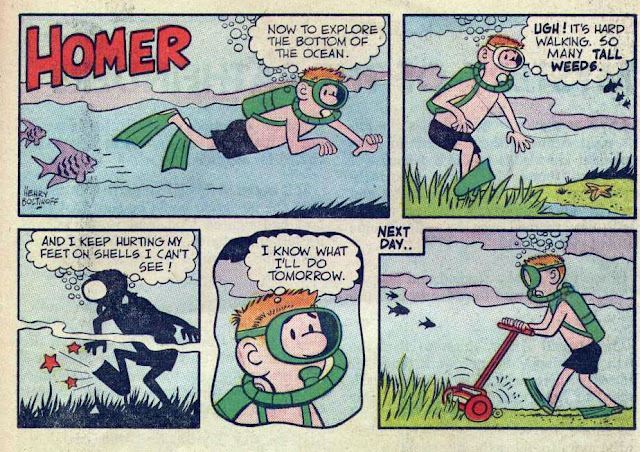 Sadly I don't have any more Homer strips to bring you (he did make some other appearances but they didn't feature diving) but I do have more Boltinoff. Look out for a future post featuring a different Shorty, Lucky, Freddie, Stan and Ollie (no not that Stan & Ollie!)