In 1958 the Daily Express began publishing a long-running daily strip featuring James Bond. In its early years the strip adapted the Bond novels in order and so Live and Let Die was the second story, appearing from December 1958 until the end of March the following year. 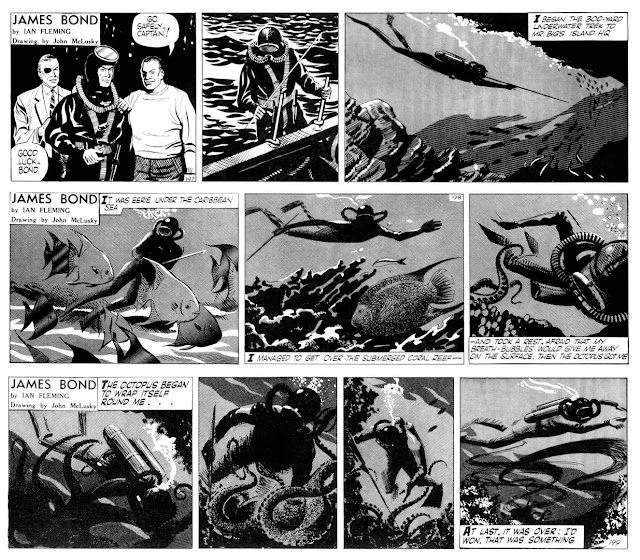 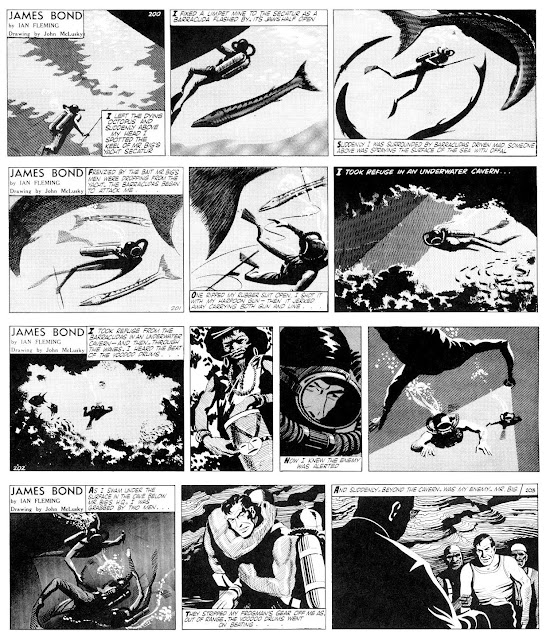 The strip's illustrator for the first seven and a half years was John McLusky (1923-2006), an artist for Bomber Command during the war. The paper stopped publishing the Bond strip from February 1962 until June 1964 due to a dispute with Ian Fleming. During this period McLusky drew The Beast of Loch Craggon for Eagle. In 1966 he quit the strip and drew Secret Agent 13 for Fleetway's June. He later worked for Look and Learn and spent 15 years working for TV Comic where he drew Orlando and the humour strips Laurel and Hardy and The Pink Panther.

In addition to his work in comics, McLusky worked as a supply teacher, a puppeteer on Bournemouth Pier(!) and, with his wife, ran a theatre company called The Elizabethans.

As a bonus, here's look at three examples of his original art for Live and Let Die. 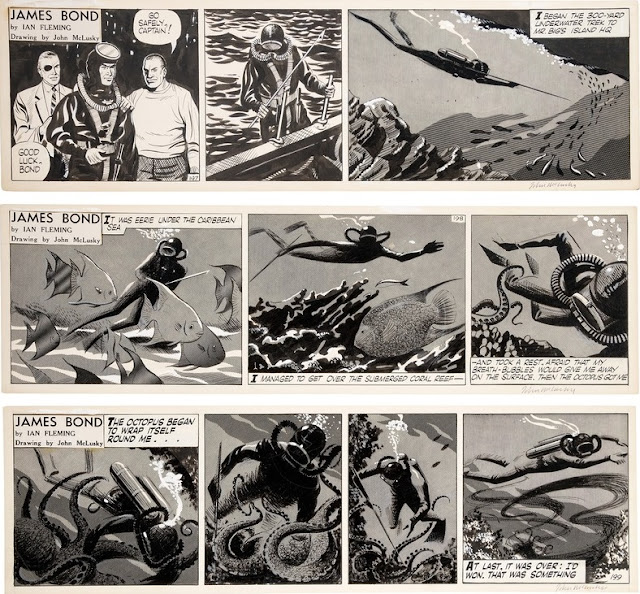