The Commercial Art of Diving

Diving was often a popular subject matter for print ads back in the '50s and '60s. These three were all done in a cartoon style.

1956. Drawn by Ted Key (Theodore Keyser, 1912-2008). Key is best known as the creator of Hazel, a single-panel cartoon that appeared in the Saturday Evening Post and was later syndicated in newspapers. He also created the Peabody's Improbable History segment for the animated series The Rocky and Bullwinkle Show. 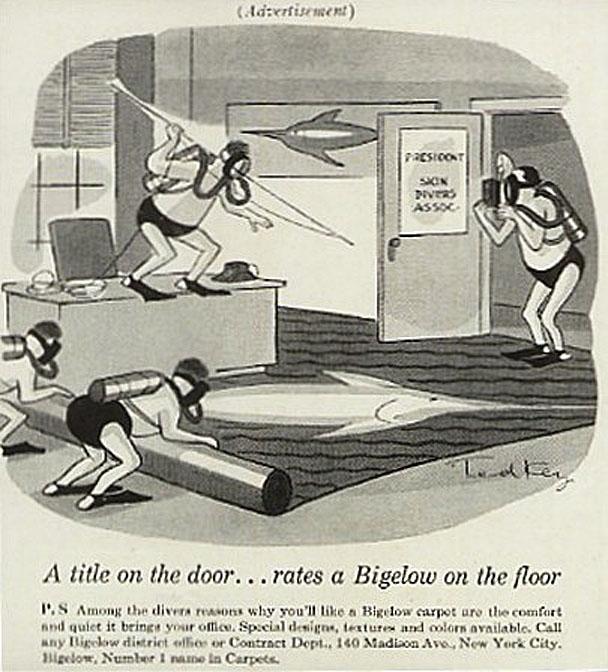 This 1958 ad for Crane Valves is by Stan Ekman (1913-1998) who more commonly worked in full colour. He painted covers for magazines such as The Saturday Evening Post and Colliers and produced a number of ads for RCA Whirlpool fridges and washing machines. His most widely seen work is undoubtedly the American Airlines logo. 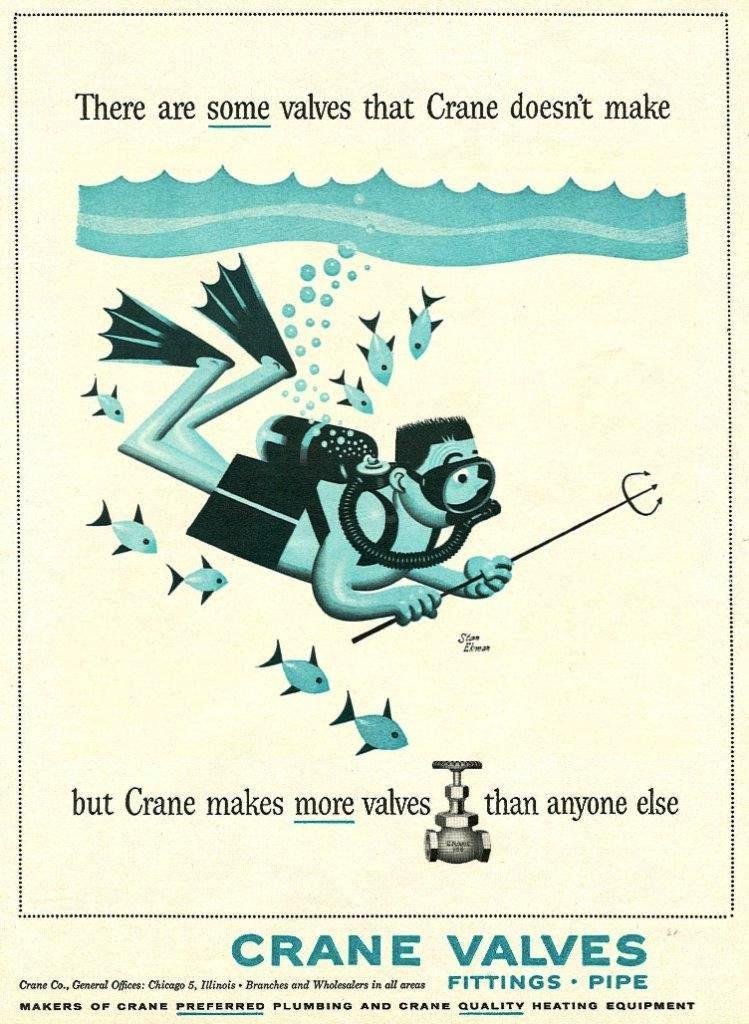 This ad from 1960 announces the attendance of the R.D. Wood Company at the American Water Works Association's annual conference. I'm afraid I don't know the identity of the artist but I'm sure you'll be delighted to learn that the company were manufacturers of the Matthews Fire Hydrant. 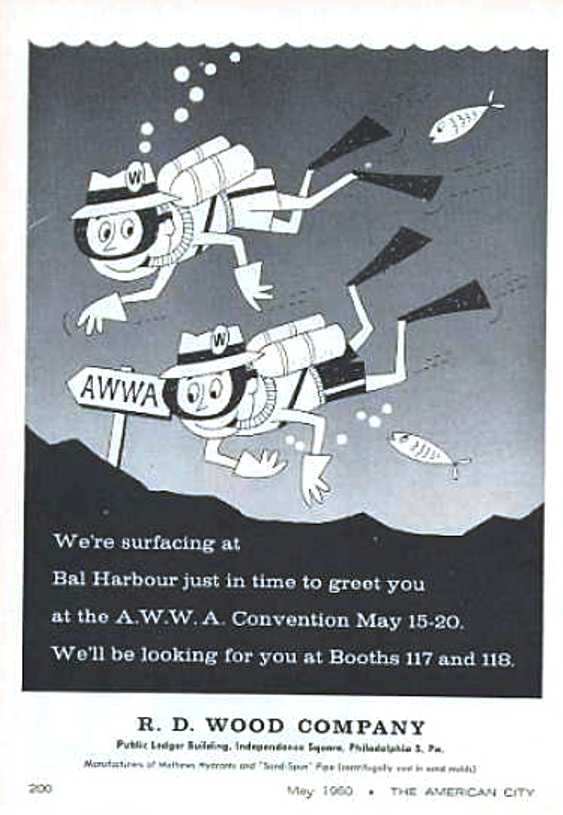