A short while ago I featured the Agent X-9 cover seen below. The main illustration was for a story from the long-running Rip Kirby comic strip. Today I'm going to take a look at that story, Secret of the Shark, which originally appeared in US newspapers in 1973. 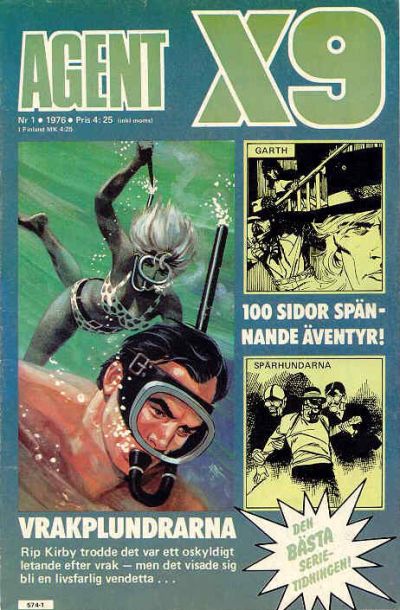 While on a trip to the Caribbean, private detective Rip Kirby is playing golf with his assistant Desmond. Puzzled by Desmond's new-found skills, Rip demands an explanation. 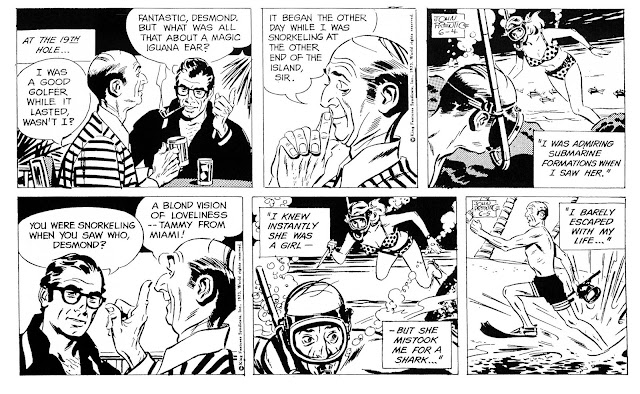 Tammy suggests Desmond plays golf instead of going snorkelling and takes him to visit a local witch who gives him a magic iguana ear! 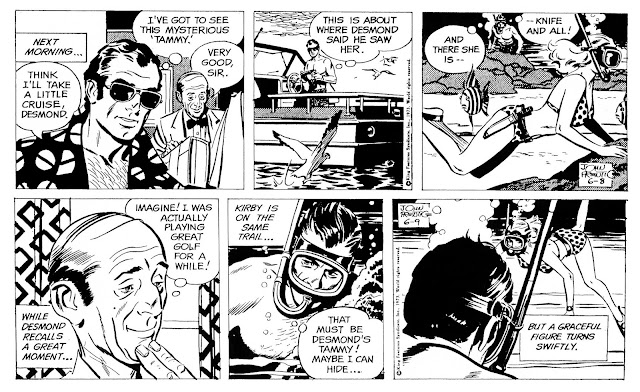 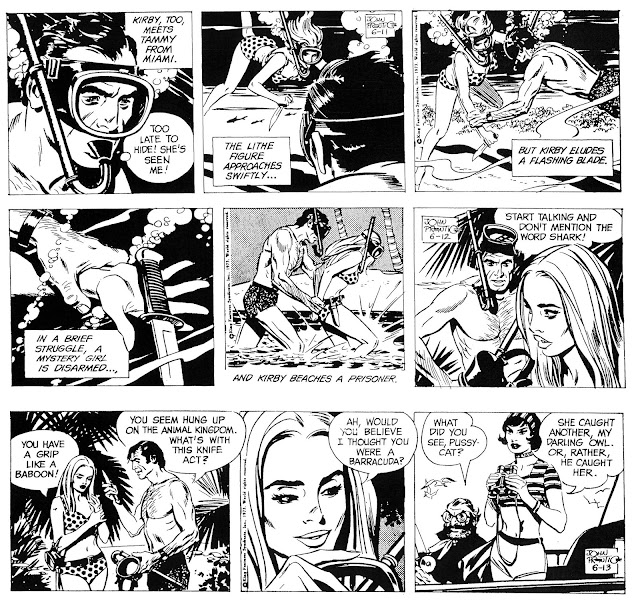 While under observation by Owl and Pussycat, Rip wants to know why Tammy is determined to stop anyone from snorkelling in the area. Tammy shows Rip a map that she claims marks the location of a scuttled boat containing a fortune. Owl and Pussycat send their henchman to put Rip out of action but he fails. The attack persuades Rip that there may be something in Tammy's story and they go out in search of the boat. 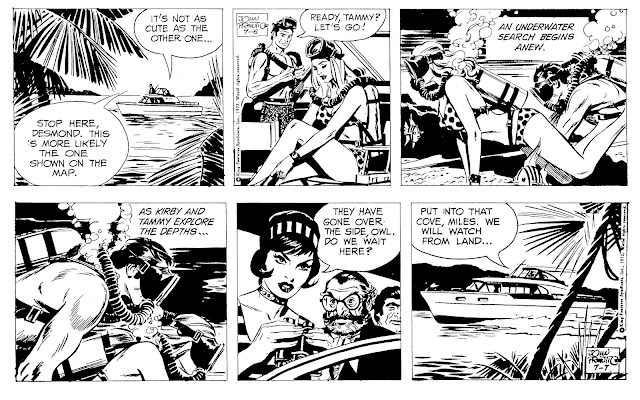 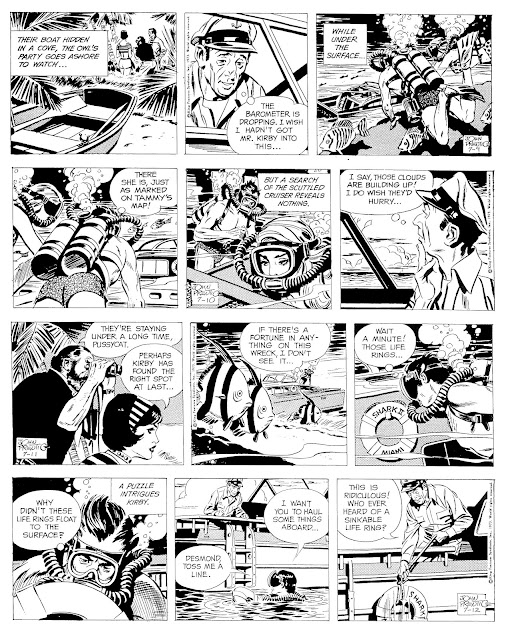 Just as Rip discovers that the life rings are full of heroin, Owl and Pussycat arrive and hold them at gunpoint. Taking the drugs, they leave Rip, Tammy and Desmond in a sinking boat, just as a tropical storm strikes. The trio don scuba gear and abandon the boat. 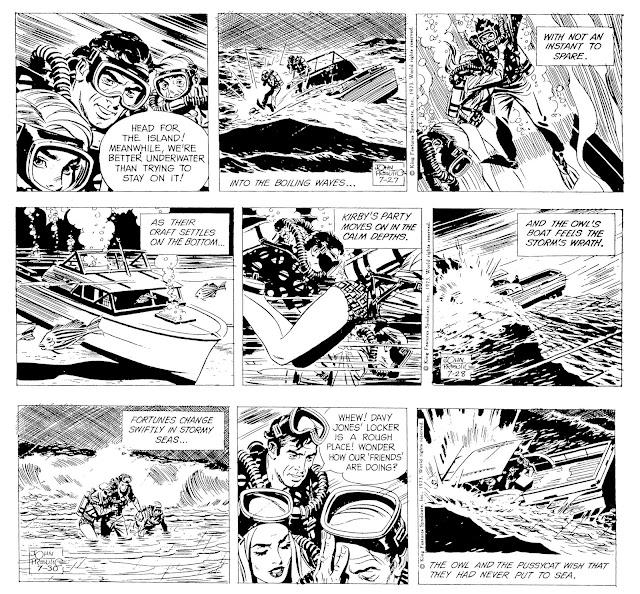 The baddies' boat is also caught in the storm and their engine is flooded. 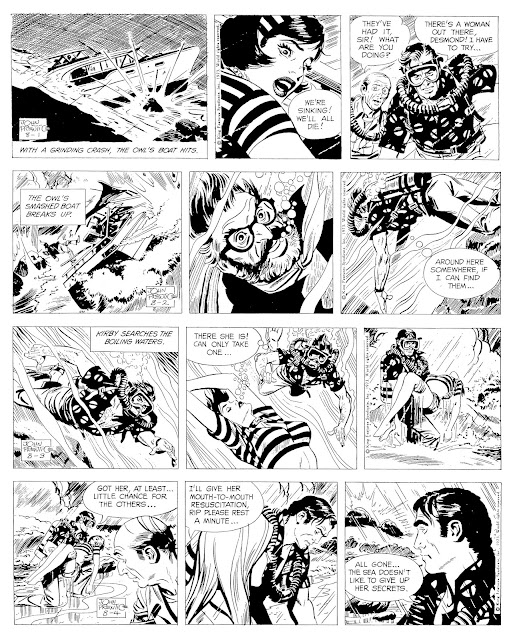 Pussycat thanks Rip for saving her and, with the drugs lost and the others dead, he decides to remain silent about what happened.

Rip Kirby first appeared in 1946 and told how the ex-marine returned from WWII and began his detective agency. It was originally drawn by the great Alex Raymond who had himself just served in the Marines. Before the war he had drawn Secret Agent X-9, Jungle Jim and, most famously, Flash Gordon.

Following Raymond's death in a car crash in 1956, John Prentice was chosen as the new artist. Born in 1920 in Texas, Prentice had served in the navy during the war and had various illustration jobs, including work for DC Comics, before he took over the strip. He continued to draw (and occasionally write) Rip Kirby until his death in 1999 at which point the strip ended.