Two of a Kind - The Vivero Letter

The Vivero letter is a 1968 novel by Desmond Bagley, a popular writer active from the 60s until the early 80s. He wrote a range of adventure stories and cold war thrillers, several of which have been adapted for the screen. The film version of The Vivero Letter was made in 1998 and is also known as Forgotten City.

The plot concerns a hunt for treasure in Mexico with the diving taking place in a cenote. Reading this book was one of the things that planted the seeds of me wanting to dive.

The first edition cover was by Gino D'Achille who is perhaps best know for his fantasy work. Apologies for the quality of the scan. 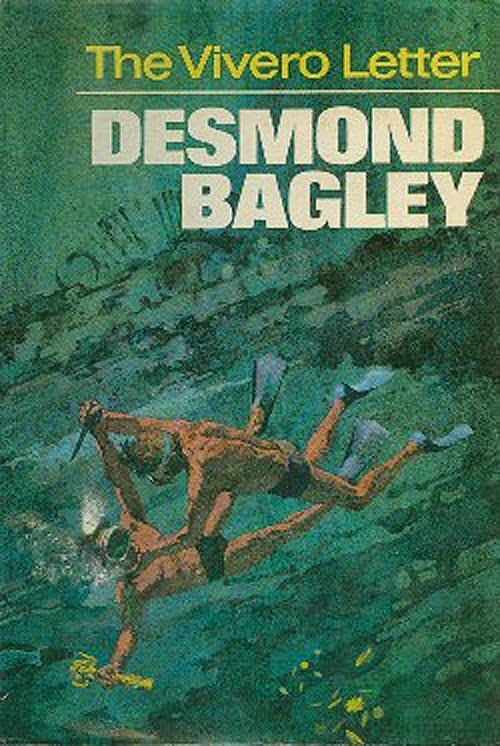 Next is a cover from one of the many paperback editions. 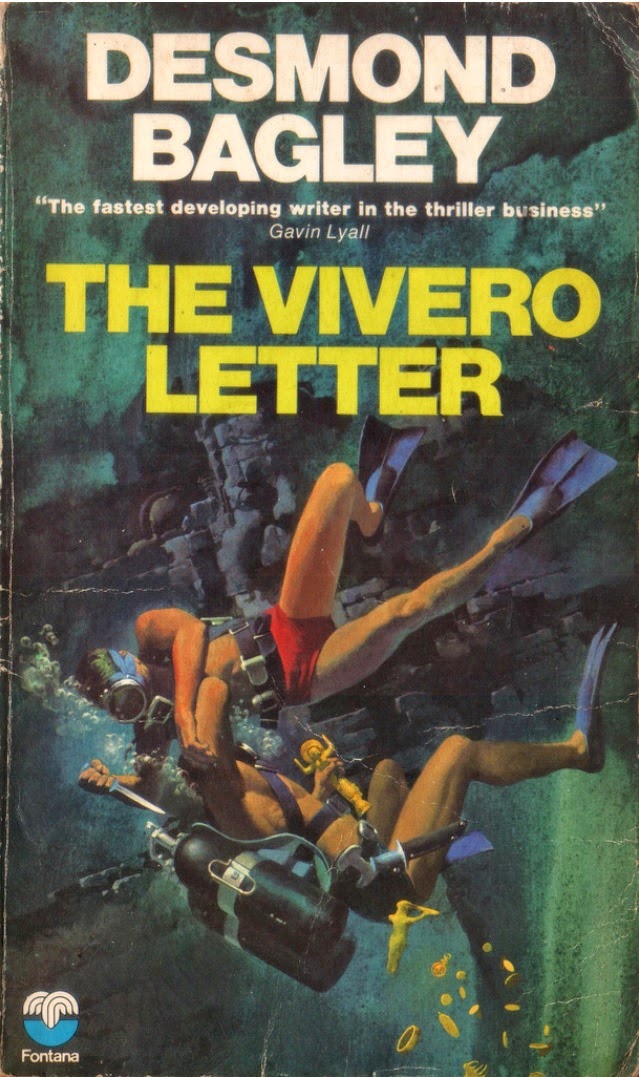 As a bonus, here's another paperback with a photographic cover. 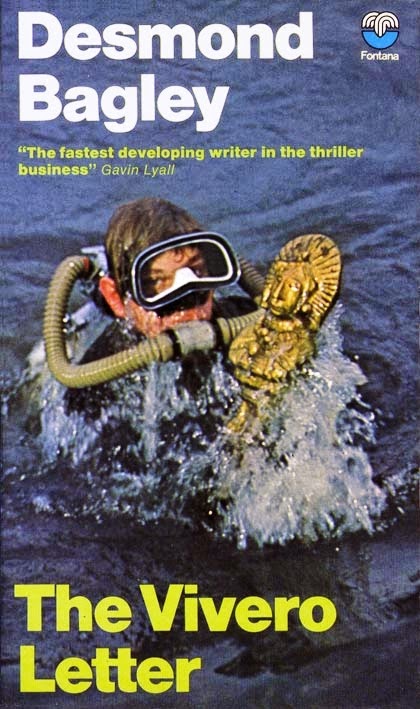