The Archie of Diving - Mad House

Archie's Mad House was first published in 1959 and initially featured the regular Archie characters in stories that were a bit wackier than normal. From issue 19 the regulars were dropped and monsters, space stories and parodies of popular culture came to the fore.

Issue 22 from 1962 is significant because it introduced the character of  Sabrina, the Teen-age Witch. Created by writer George Gladir and Art of Diving favourite Dan DeCarlo, Sabrina's debut features one panel that caught my eye... 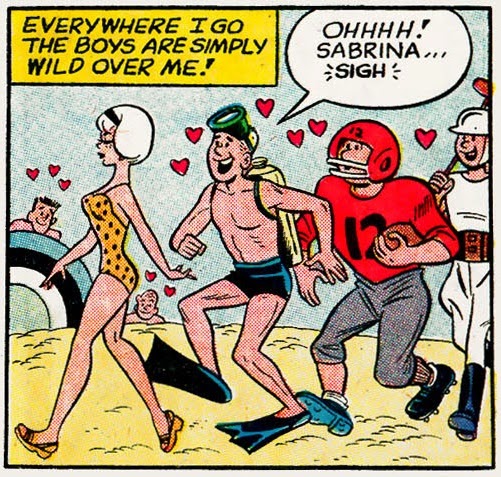 In the same issue, Gladir and DeCarlo also presented The Romances of Marcia the Mermaid. (Click on the images for larger scans). 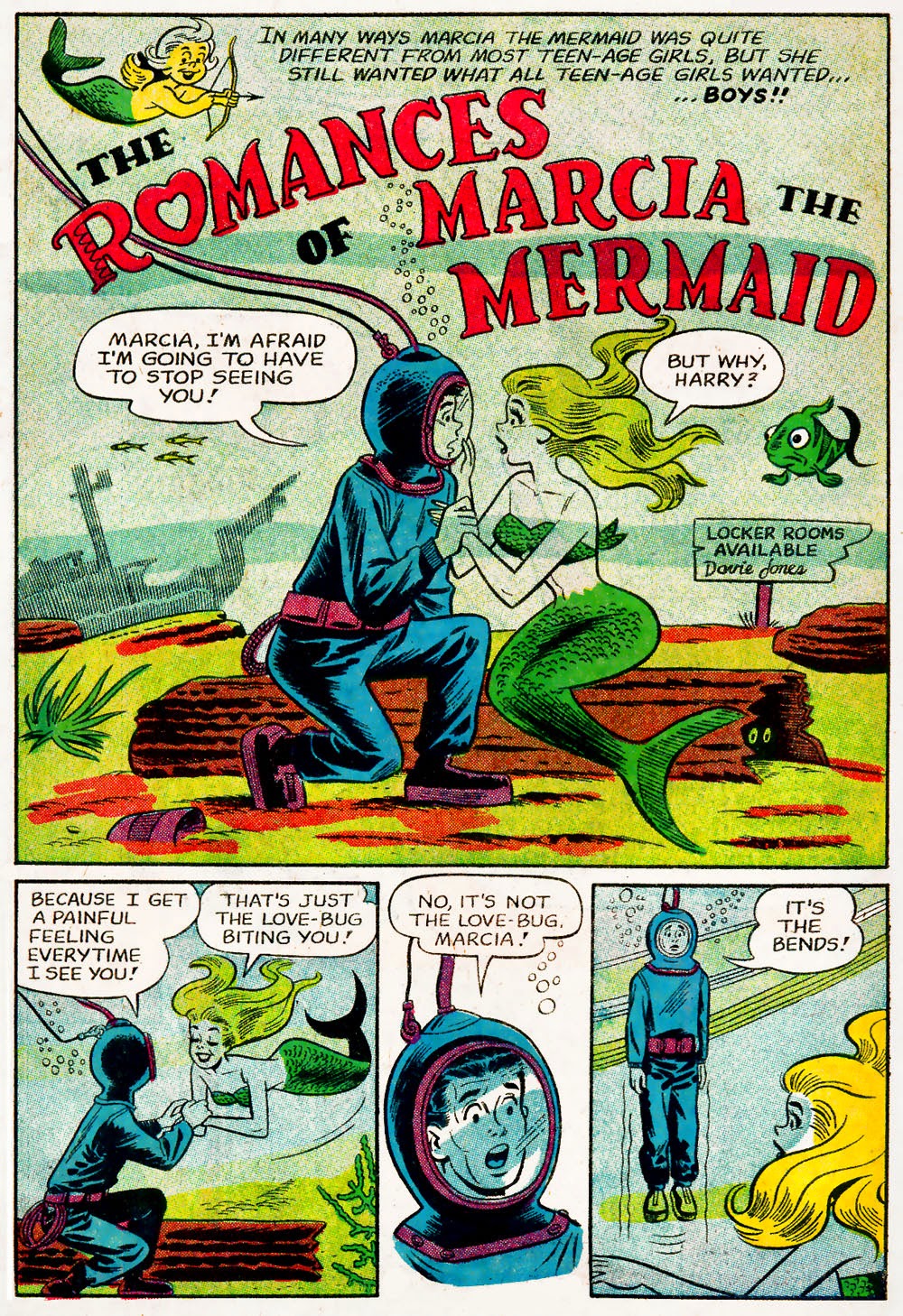 After rejecting the advances of a shark called Mark and having her heart broken by Max the Life Guard, Marcia has sworn off boys forever when... 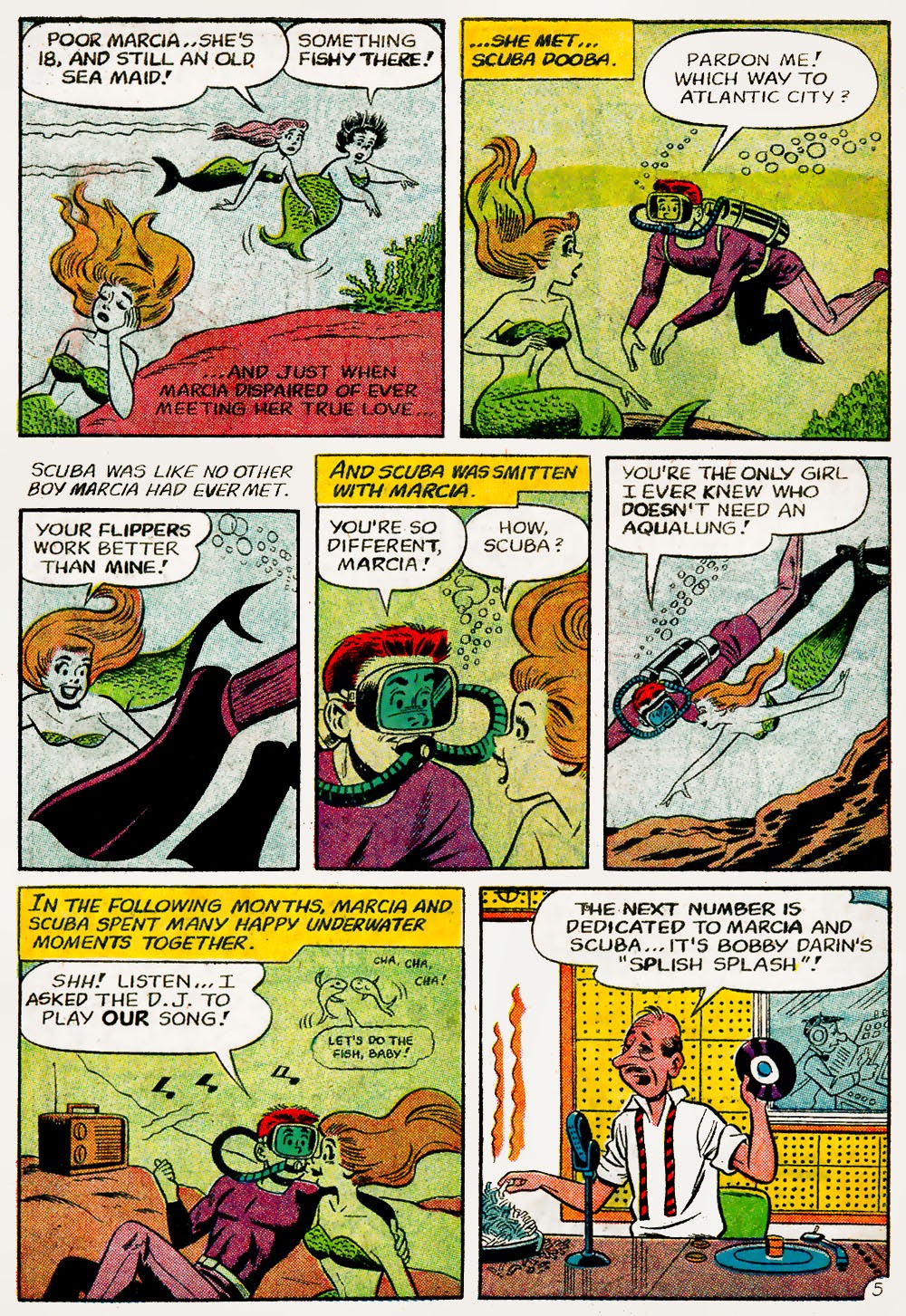 Don't you love a happy ending?!

As a bonus, here's the cover to Mad House Annual number two from 1964. Despite the hair colour, I don't think that's supposed to be Archie on the cover. I'm not sure who the artist is but I'm going to guess at Bob White. 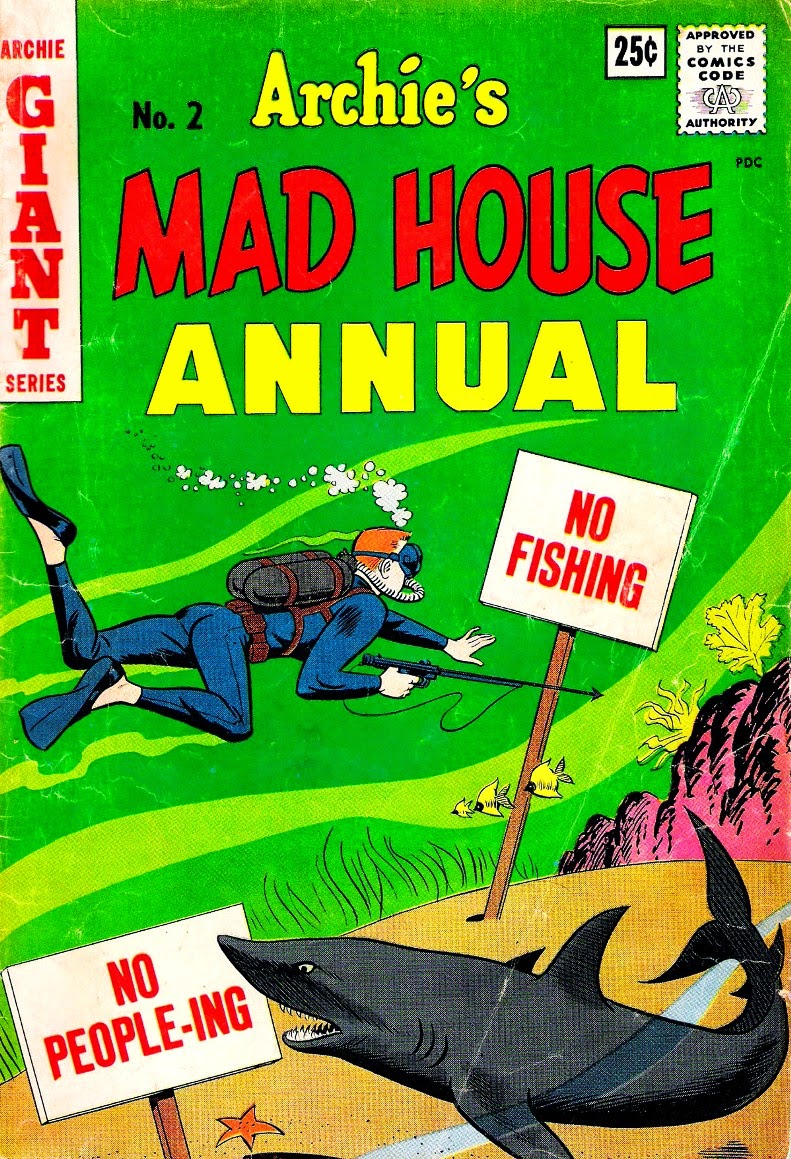